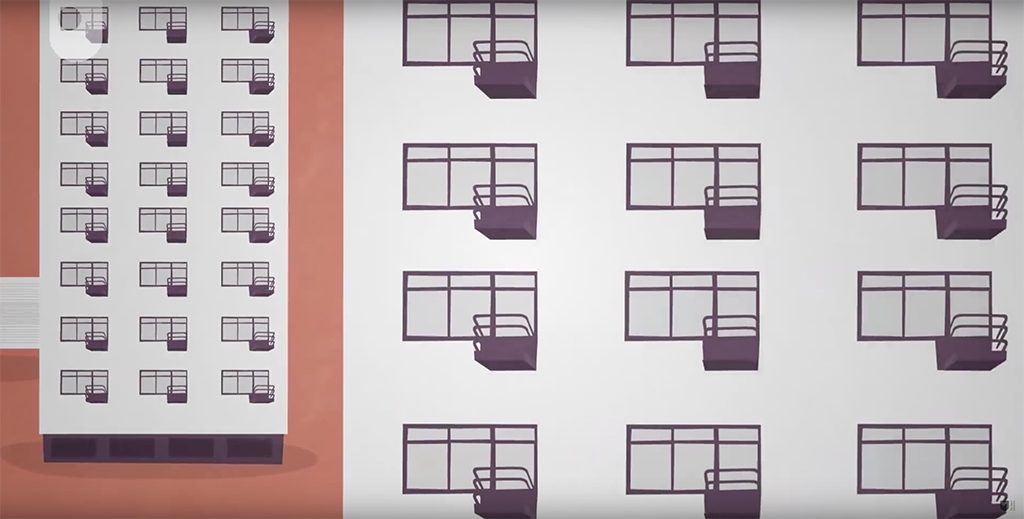 Photo: Screenshot from Bauhaus: Design in a Nutshell on YouTube

The Open University’s short film Bauhaus: Design in a Nutshell sums up the Bauhaus movement in an easy to follow 2 minute video.

The school, which was founded in Weimar in 1919 by Berlin-born architect Walter Gropius, revolutionised art and design in the twentieth century.

As it says in the the video’s description on YouTube:

Bauhaus was a totally different type of art school, training students in many art and design disciplines, with the ultimate aim of unifying art, craft, and technology.

The connections between the Bauhaus and Berlin go far deeper than simply being Gropius’s birthplace. The school’s final days were lived out in a factory in Steglitz after the original school was taken over by the Nazis and used as a training school. Berlin is also home to the Bauhaus Archive, which was formed in 1960 with the aim ‘to collect and present all documents relating to the activities and cultural and intellectual heritage of the Bauhaus’. It houses an extensive collection of photographs, documents, designs, models and artefacts.

The other titles in the Design in a Nutshell series are: Gothic Revival; Arts and Crafts; Modernism; American Industrial Design; and History & the Arts. You’ll find them all in a handy YouTube playlist here.

For a more in-depth history of the Bauhaus and to learn more about those who studied there and their works, I highly recommend the documentary Bauhaus: The Face of the 20th Century.

Bauhaus: Design in a Nutshell