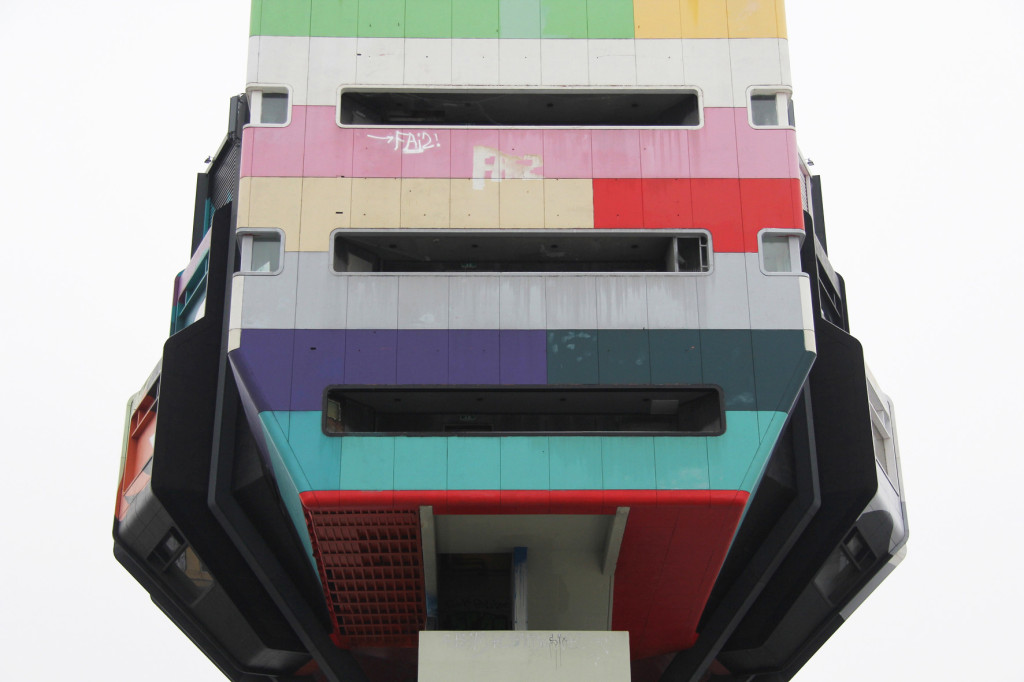 The Bierpinsel, a 47-metre tall brutalist tower, dominates the skyline on the Schloßstraße in Berlin Steglitz, the city’s second busiest shopping street.

The Bierpinsel was built between 1972 and 1976 to plans by the architects Ralf Schüler and Ursulina Schüler-Witte, who also designed the ICC Berlin.  The building, whose distinctive form was inspired by the silhouette of a tree, opened on 13 October 1976, as Turmrestaurant Steglitz. 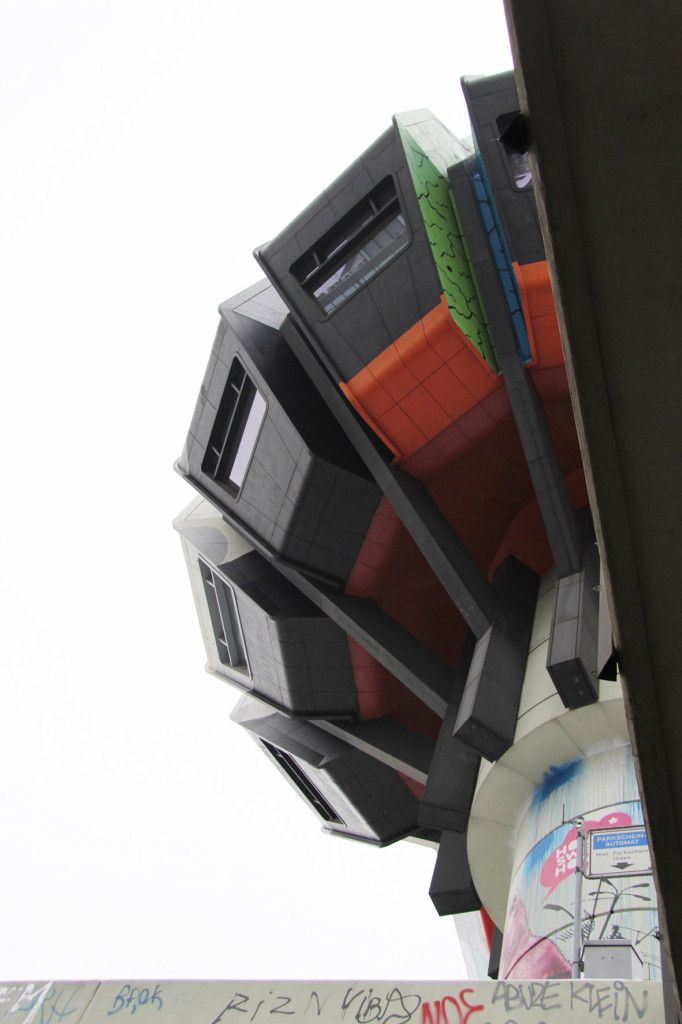 Berliners, however, have a fondness for assigning nicknames to the city’s landmark buildings and this iconic structure is widely known as the Bierpinsel (Beer Brush).  The name references its outline, its primary use and the fondly remembered free beer that was served when it opened.

Over the years, the building has been home to numerous restaurants, bars and, at one time, a nightclub but suffered from a high turnover of tenants.

It was closed in 2002 for extensive renovations and reopened in 2003, though its resurrection was short-lived. 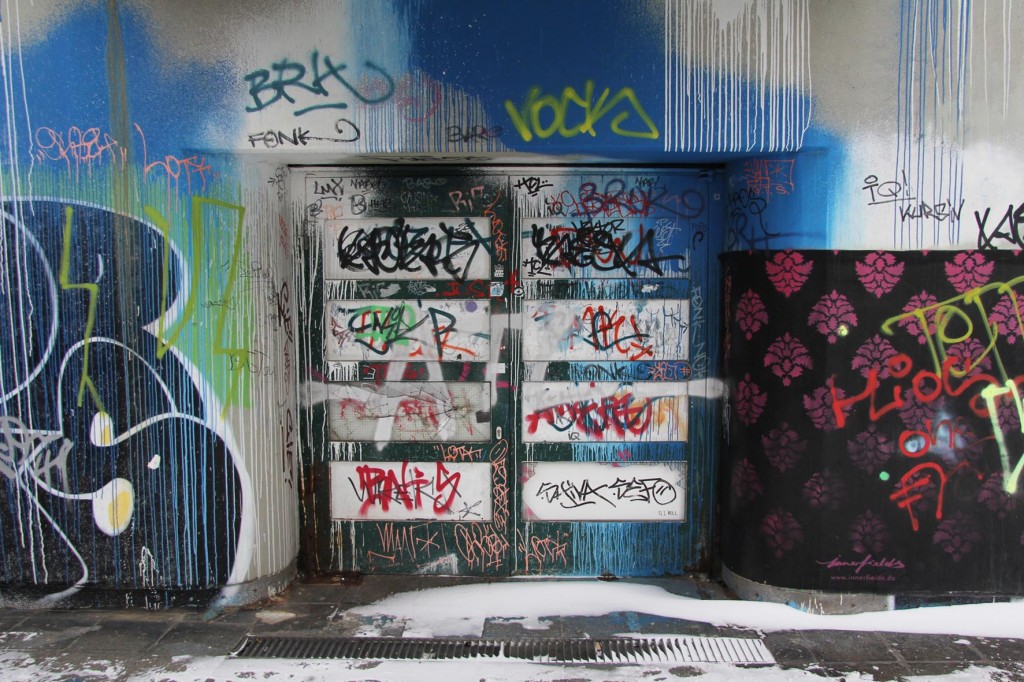 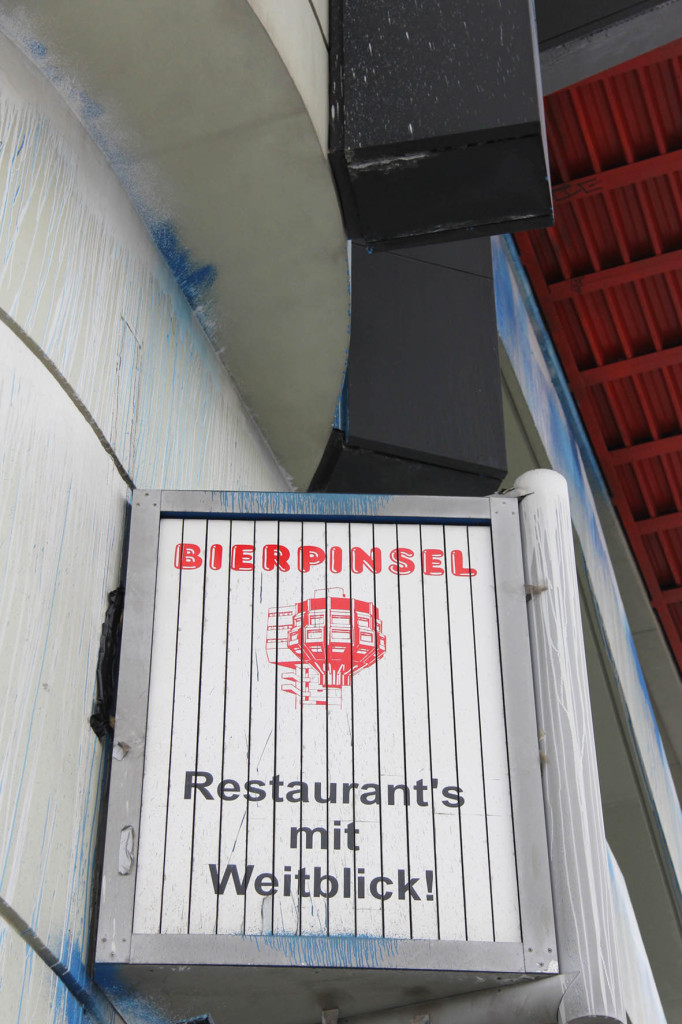 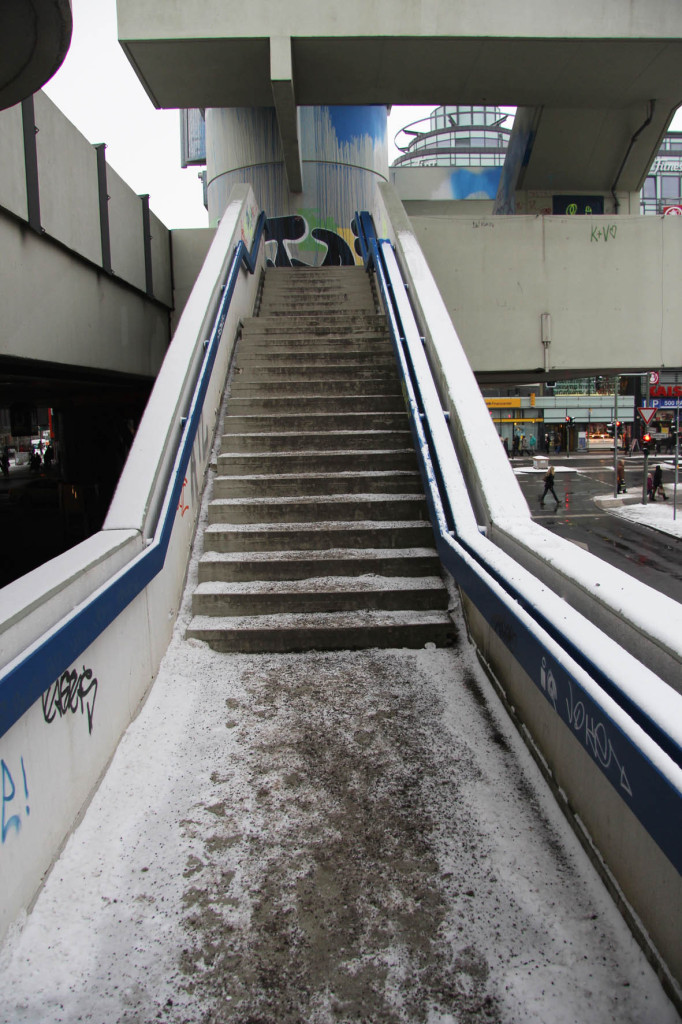 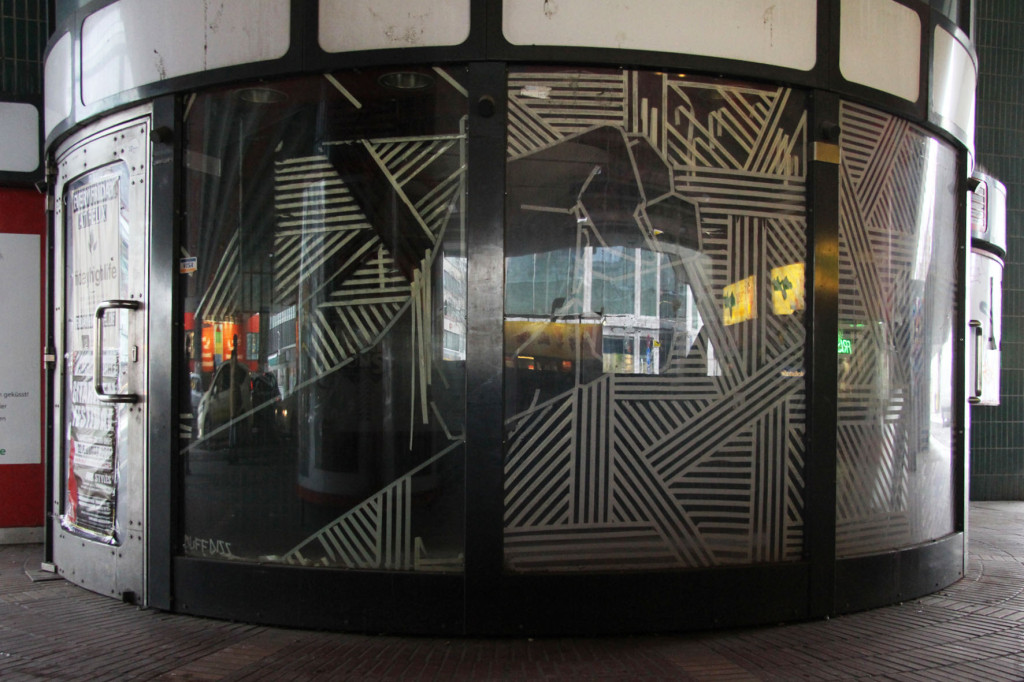 The current owner, Tita Laternser, bought the Bierpinsel in 2006, when long-term operator Horst Weißig decided that new blood was needed to deal with recurring issues with water leaks in the building.

Despite assurances given to the leaseholders, the State of Berlin, at the time of purchase, Laternser and her daughter, Larissa, who manages the building on her behalf, have not yet found a permanent use for the building. 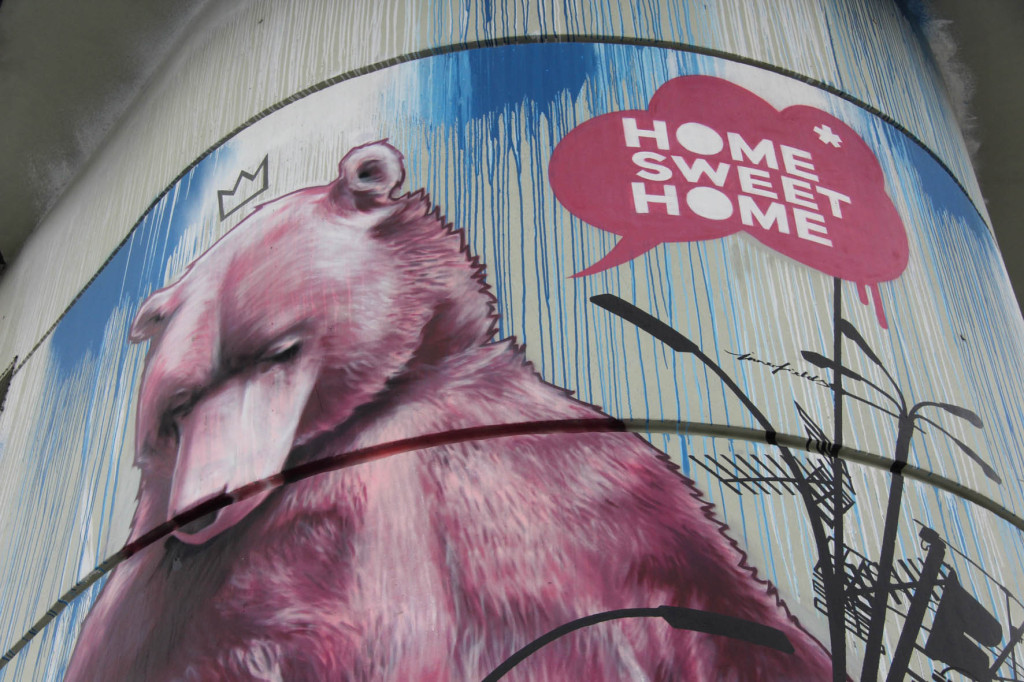 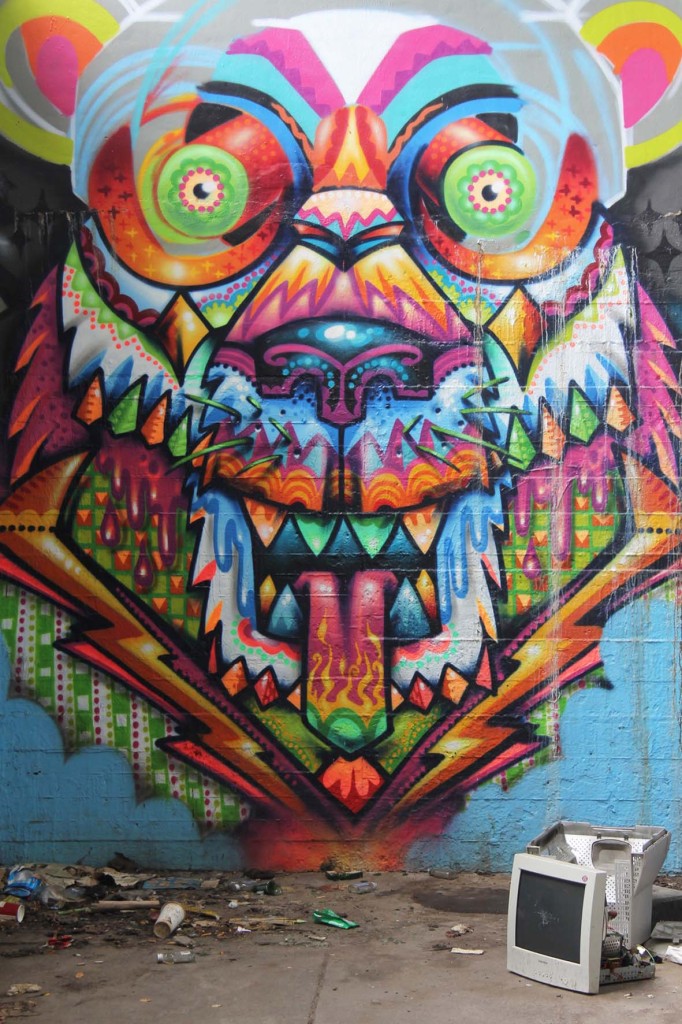 It was agreed at the time that the paintwork would be retuned to its original red after one year but as of 2015 it remains as brightly coloured as ever. 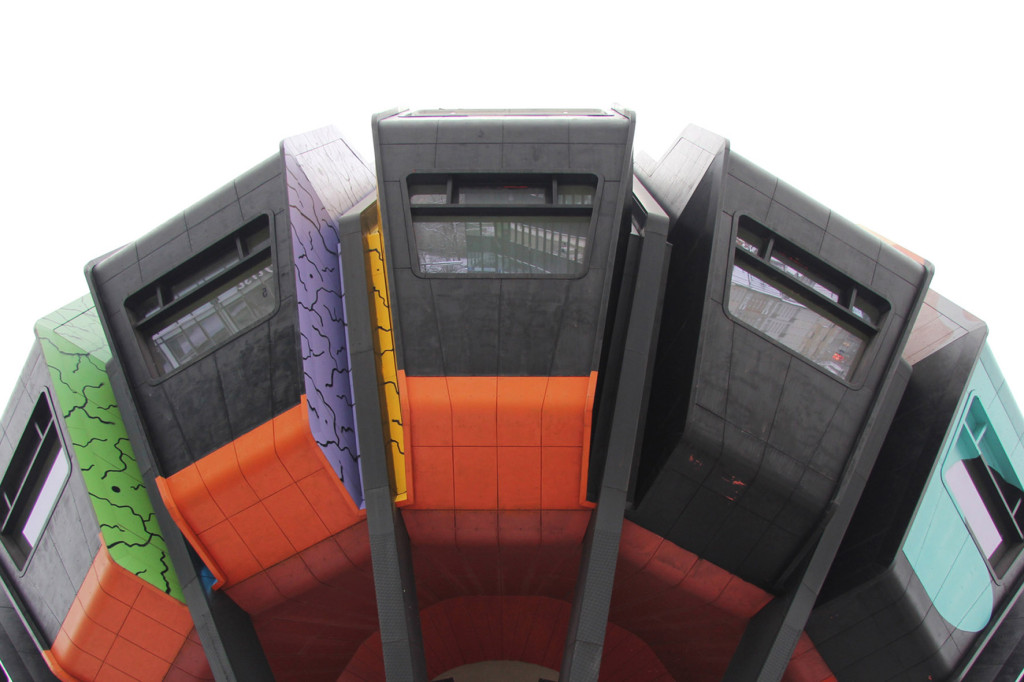 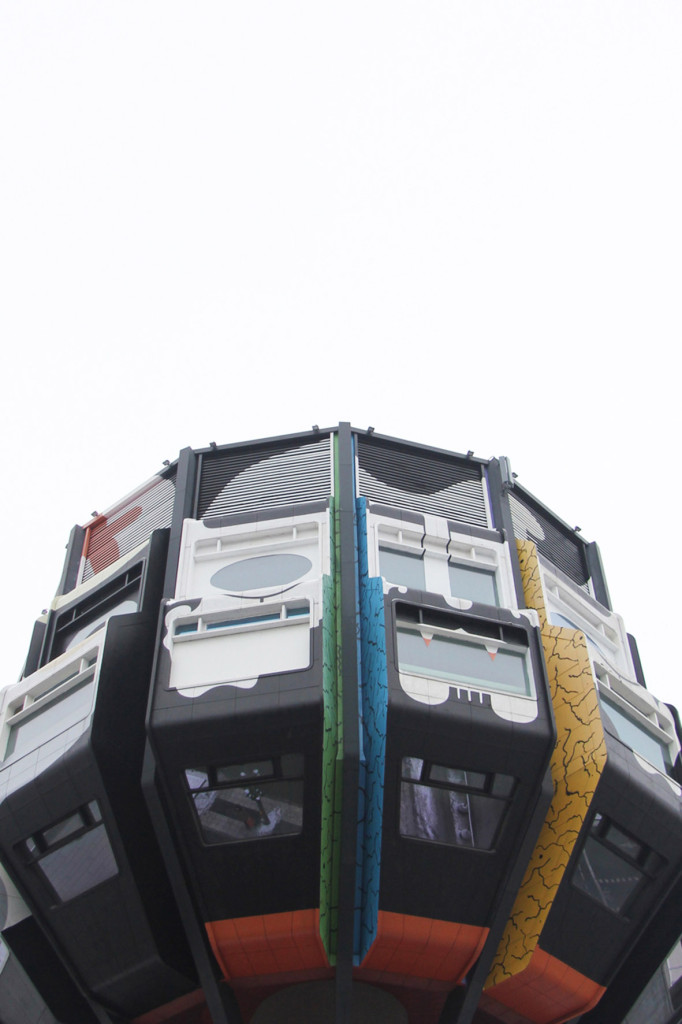 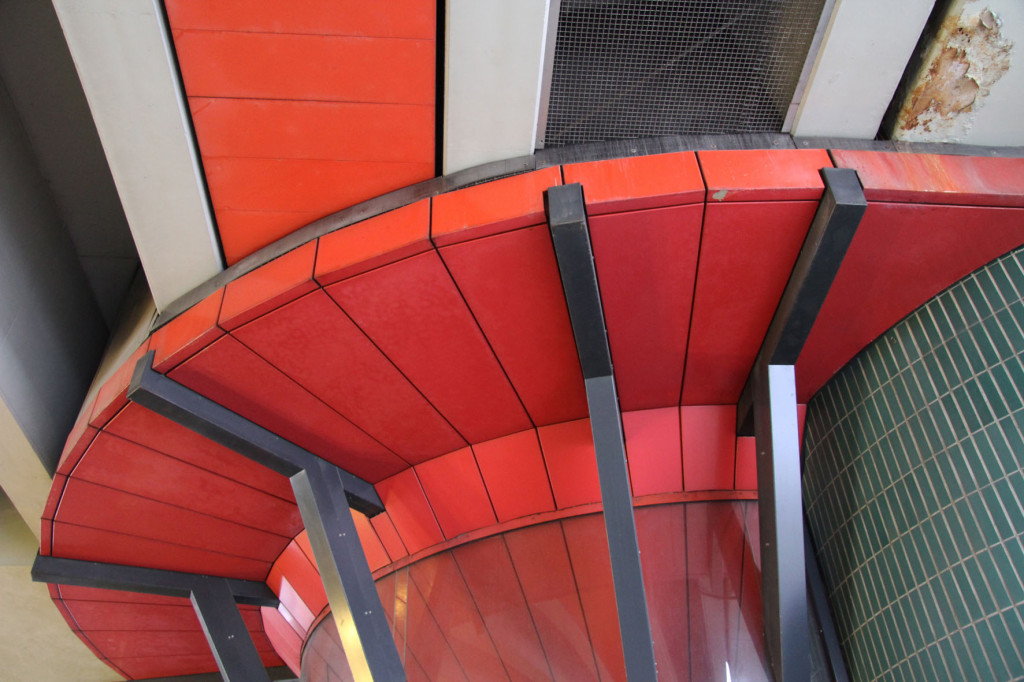 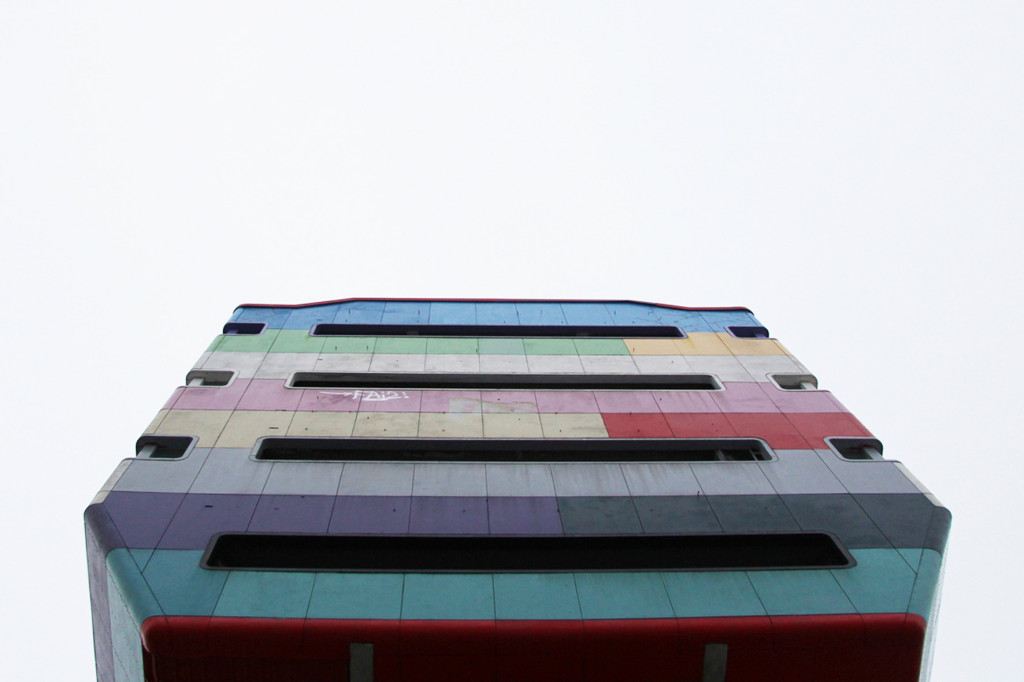 Since the Laternsers took control of the building, there have been several potential tenants.  In March 2013, it was widely reported that The Story of Berlin was in advanced talks with a view to moving in.  However, in August 2015 this was off the table when Cells Bauwelt GmbH bought the museum’s current home in Ku’damm-Karrees from Irish investor Ballymore, who had been looking to evict it.

Given its history, it is perhaps ironic that one of the biggest issues faced by the current owners is a dispute with their insurance company over damage caused by burst water pipes. 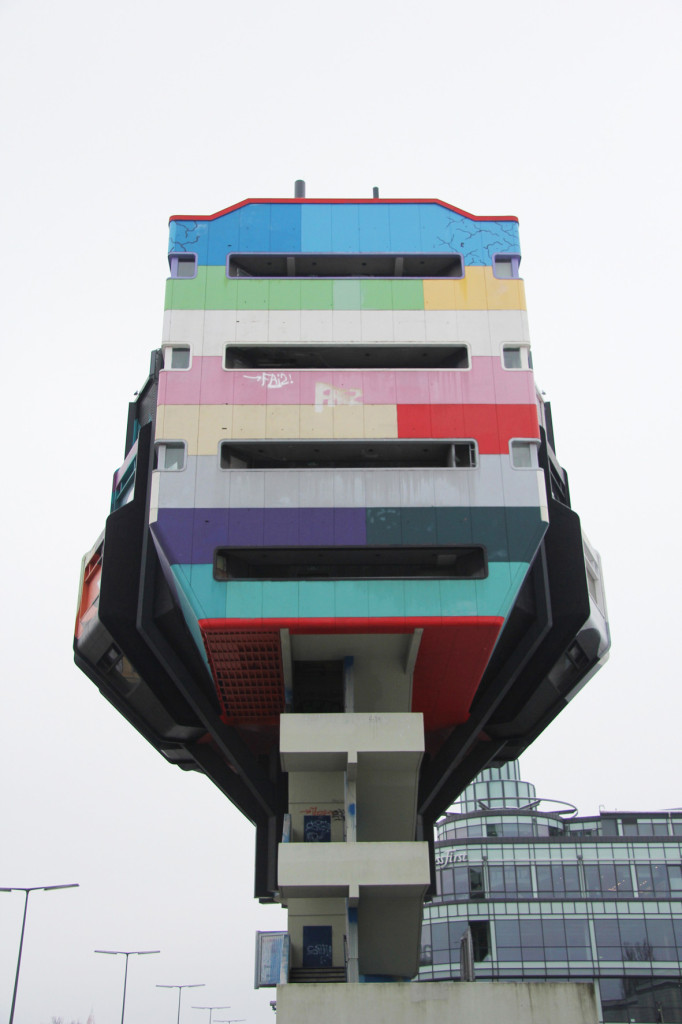 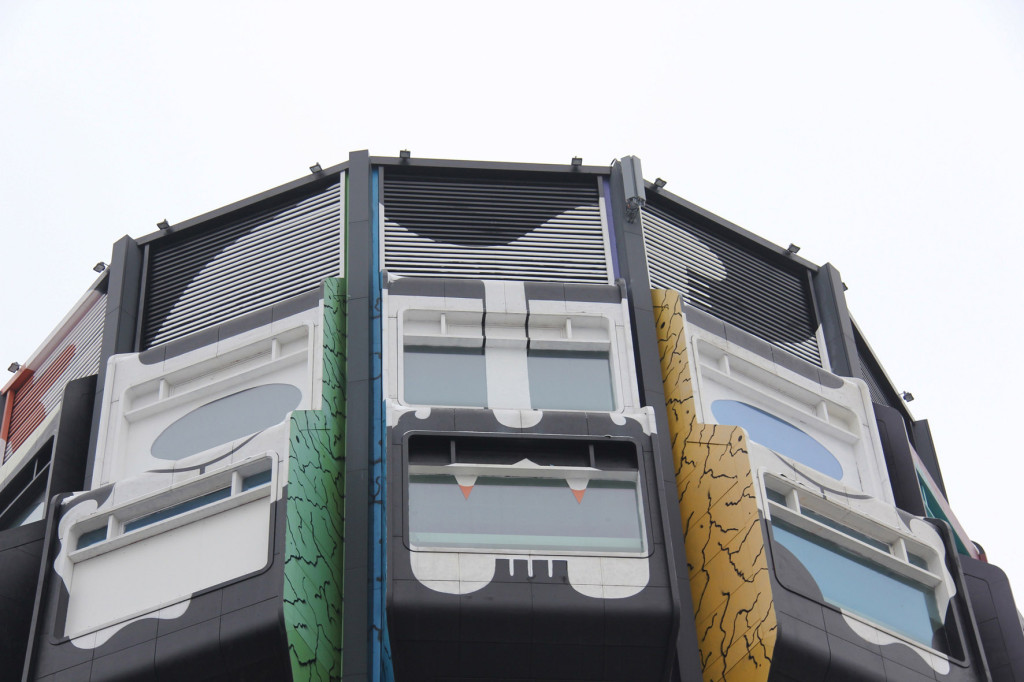 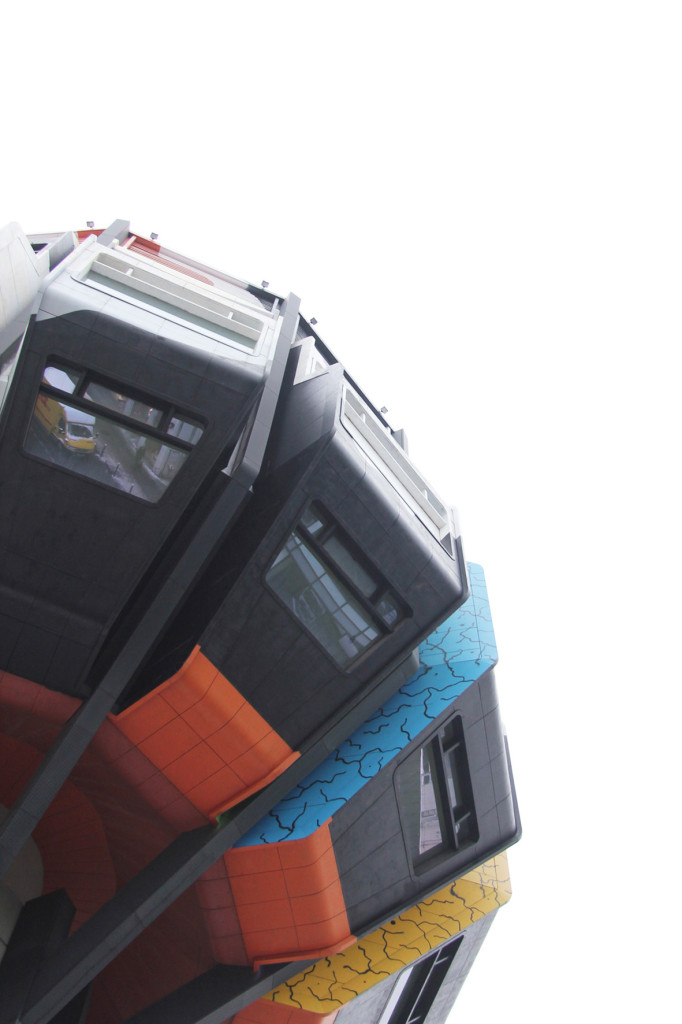 Until that dispute is resolved, and who knows how long after, it is likely that the Bierpinsel will remain a vivid but empty brutalist relic of Berlin’s architectural past.