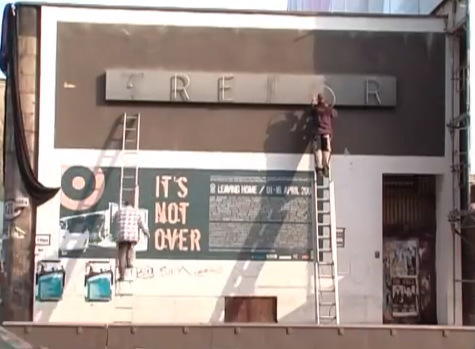 Photo: Still from Sub Berlin – The Story of Tresor

Tresor was at the vanguard of the Techno movement in Berlin as the city adjusted to its post-reunification status.

Berlin newcomers and the press hail Berghain as one of the world’s greatest clubs but Techno lovers of the 90s and early 00s will say ‘you should have been in ‘the old Tresor’.

The old club on Leipziger Strasse was torn down in 2005 as part of the redevelopment of Potsdamer Platz.  The building housing the original Tresor had a checkered past.  It was previously the vault under the Wertheim department store, seized by the Nazis and subsequently destroyed during the bombing raids of World War II.

Tresor re-opened in 2007 in Heizkraftwerk Mitte, a former power station on Köpenicker Strasse, and a new shopping mall is currently being built at its previous location on Leipziger Strasse.

Through interviews with clubbers and DJs who were part of the story, photos and video footage, Sub Berlin – The Story of Tresor, a 2009 documentary by Tilman Künzel tells the tale of Tresor from its opening in 1991 to the closure of its original location in 2005.

Sub Berlin – The Story of Tresor