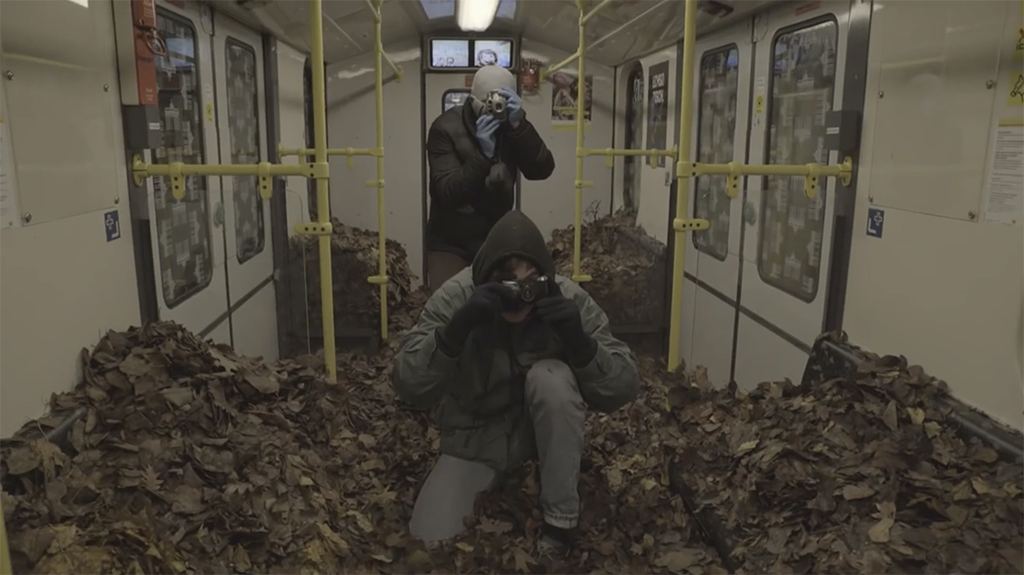 Screenshot from Leaf the Train by TOY Crew on YouTube

In the UK, ‘leaves on the tracks’ is a much-ridiculed excuse for late running trains but in Berlin in Autumn 2016 an U-Bahn carriage filled with leaves caused disruption on the city’s U2 line; the seasonal prank was an art intervention by local graffiti and street art collective TOY Crew called Leaf the Train.

The leaf-filled carriage of the underground train was discovered as the first trains rolled out on a Friday morning in November but not before TOY crew had snuck in at Alexanderplatz station to photograph their handiwork.

Those first photos spread through social media eliciting some amused responses but not everyone was impressed.

The BVG, the company responsible for running Berlin’s U-Bahn network didn’t see the funny side. “The train had to be taken out of circulation. A substitute wasn’t immediately available”, said the company’s spokeswoman Petra Reetz. “Several colleagues had to take care of the cleaning and disinfection. And then the people are standing on the platform and are annoyed at the BVG.” 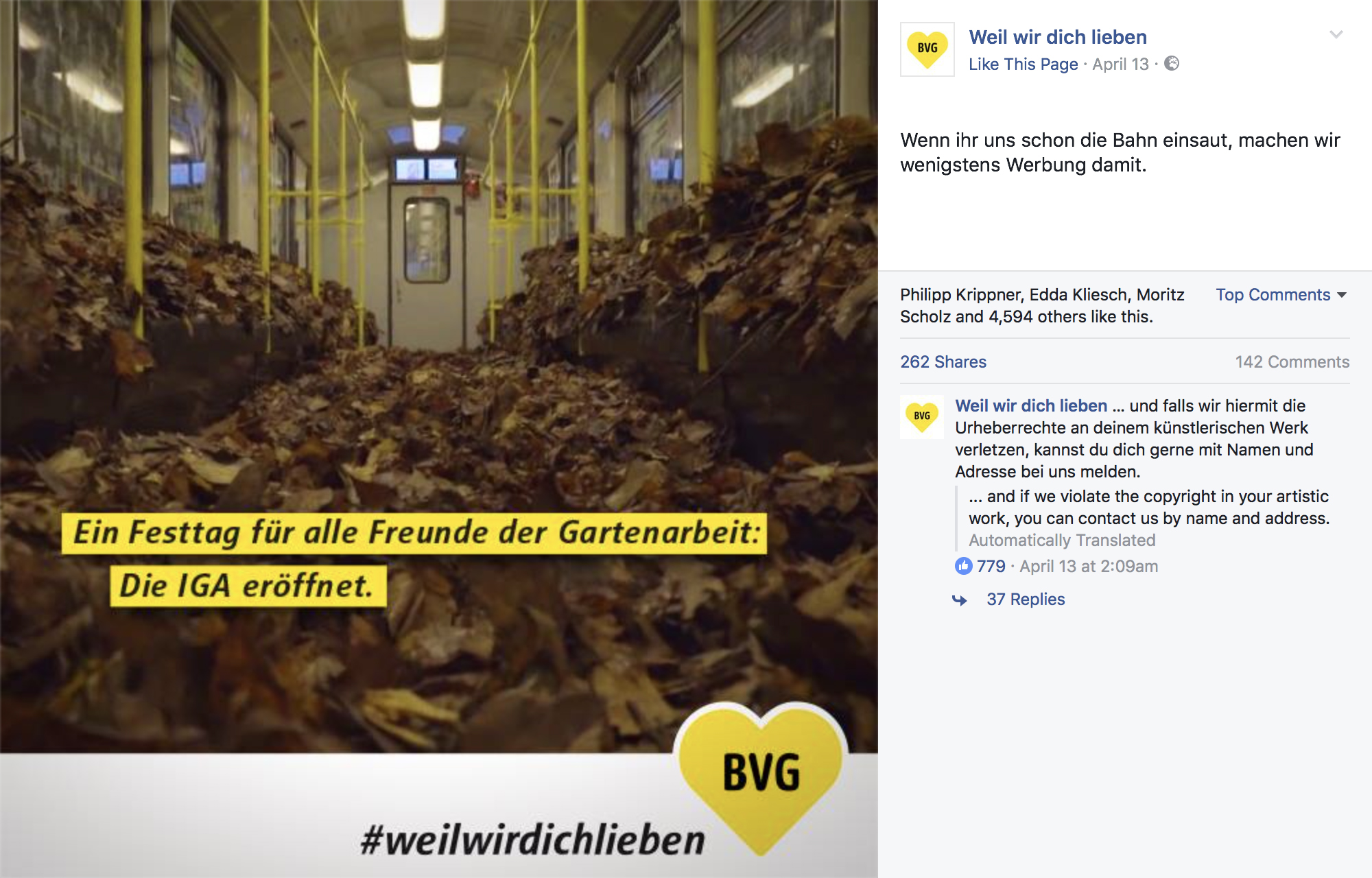 As an entertaining footnote to the story, five months later, the social media team responsible for the BVG’s viral marketing campaign ‘Weil wir dich lieben’ used one of the photos to promote the opening of the IGA (Internationale Garten Ausstellung or International Garden Exhibition). The BVG then commented on their own Facebook post “And in case we have violated the copyright of your artistic work, you are welcome to contact us with your name and address.”

If you’re wondering just how they managed to fill the train with all those leaves, a couple of days after the art intervention took place TOY Crew published the following video entitled ‘Leaf the Train’ on their YouTube channel.