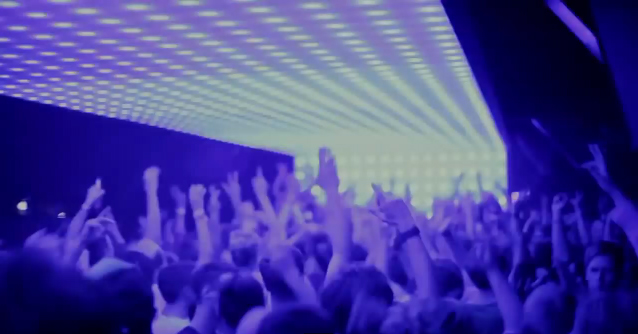 WATERGATE X is a documentary directed by Stathis Klotsikas produced in 2012 to celebrate 10 years of the Berlin club, Watergate.  The film mixes footage from inside the club and interviews featuring a number of Watergate residents and includes a chat with world-renowned DJ, Sven Väth.

The chances are, if you’ve been to Berlin in the summer, you’ve seen people partying on the club’s deck on the Spree river as you walked over the Oberbaumbrücke.

Friedrich Liecthtenstein fans should keep an eye out for the footage from the video for Solomun – Kackvogel at 22:58.

At 32:51 Dixon identifies what differentiates some of Berlin’s most successful clubs from the ‘superclubs’ in other cities and what makes the Berlin club scene so…well, Berlin.

As well as running a successful club and record label Watergate also organises an Open Air in Rummelsberg each summer and footage of the 2011 event features from 28:15.

I stood in the queue for Watergate once but it wasn’t moving so I ended up in Monster Ronson’s Ichiban Karaoke instead – this documentary about this iconic Berlin club makes me determined to go back to have my own experiences there.