The 17 June Memorial on Leipziger Strasse in Berlin recalls the events of a popular uprising of 1953 against the communist government in East Germany. 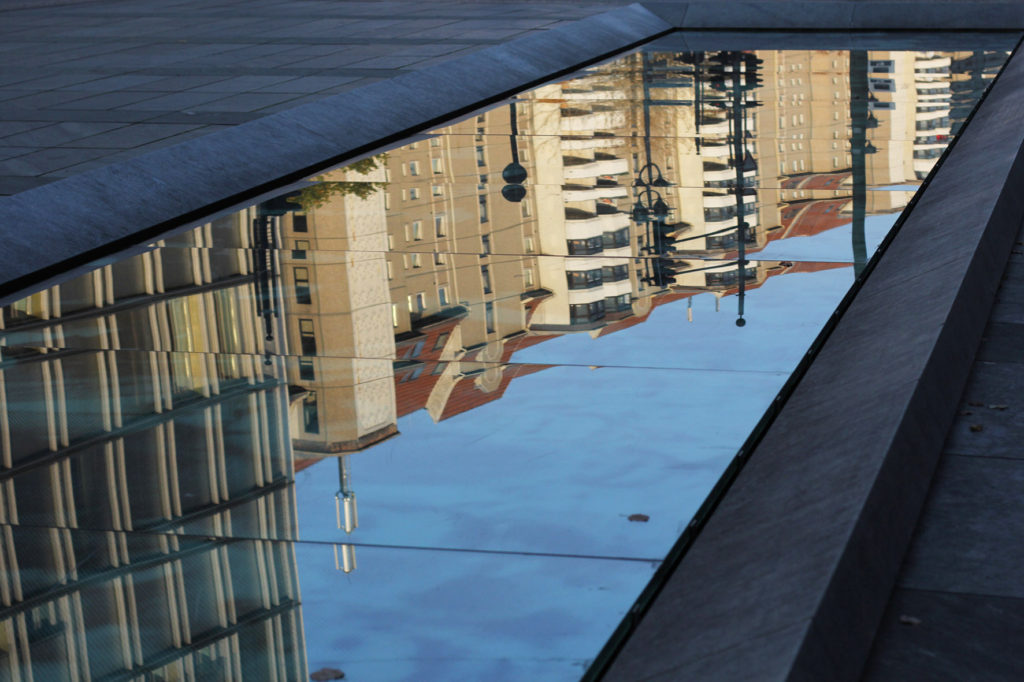 Wolfgang Rüppel’s memorial, unveiled in 2000, is sunk into the floor in a square in front of the Bundesministerium der Finanzen (Federal Ministry of Finance), which was the Haus der Ministerien (House of Ministries), the seat of the East German government.

In June of 1953, a general feeling of discontent turned to outright revolt when construction workers from the Stalinallee (now Karl-Marx-Allee) marched to the House of the Ministries to protest against a 10% increase in performance quotas and a reduction in living standards.

When thousands of East Berliners joined the demonstrations, Soviet tanks were sent in to quash the rebellion, leaving several dead and many more injured. Hundreds later received prison sentences for their part in the protests. 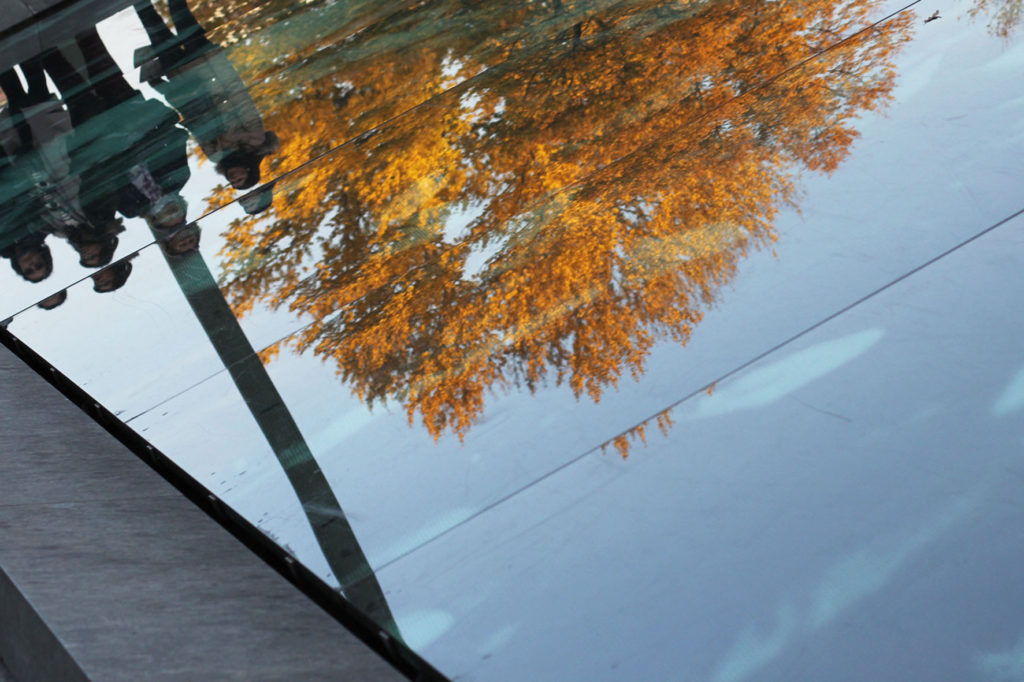 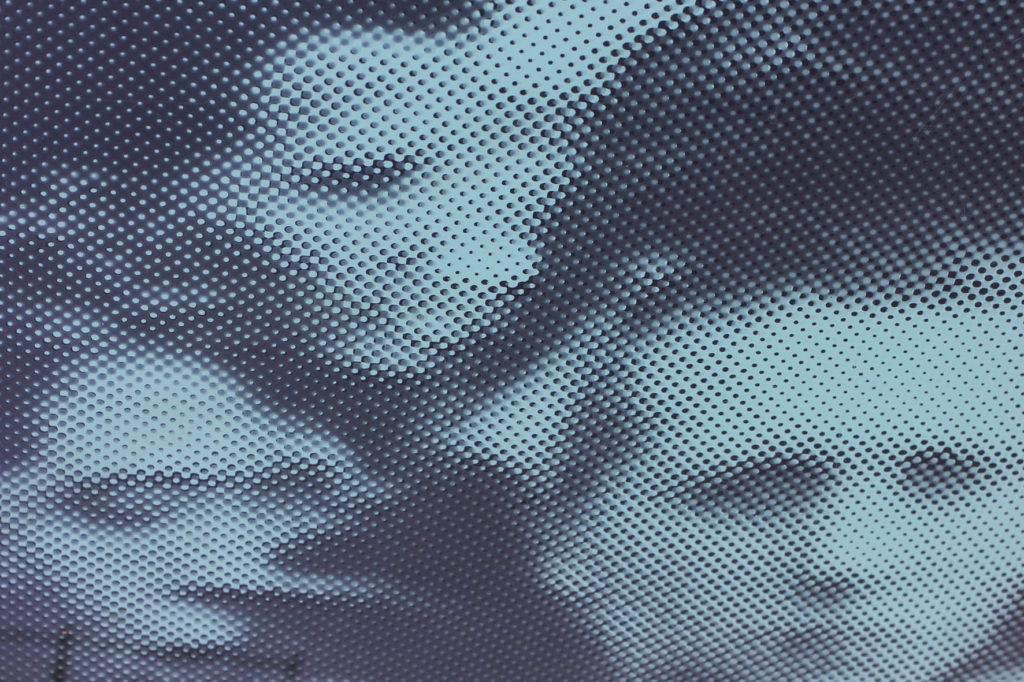 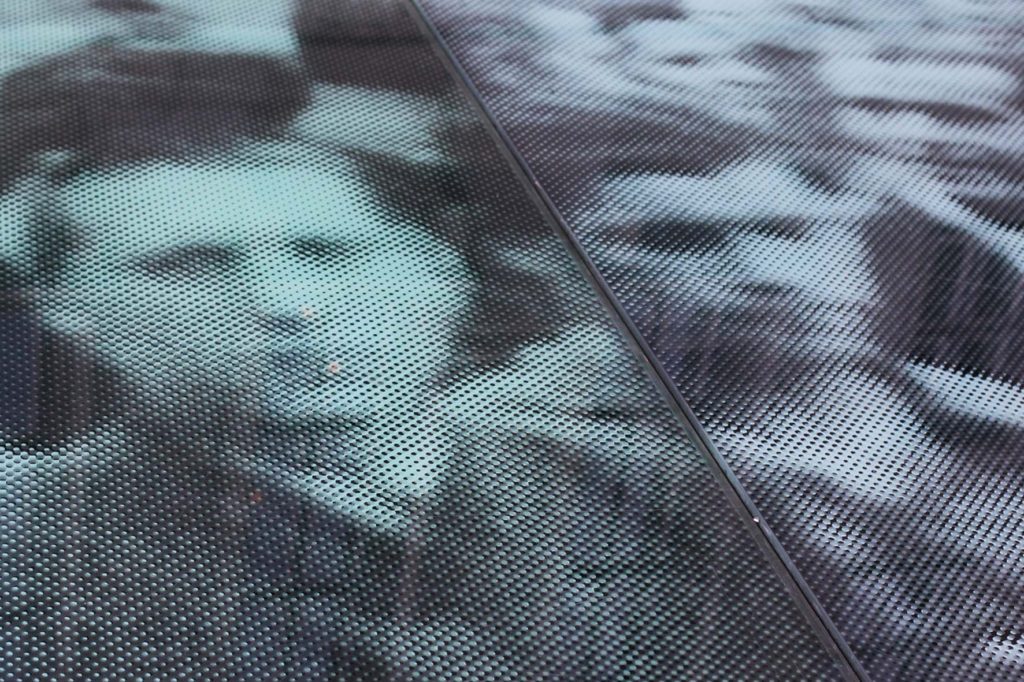 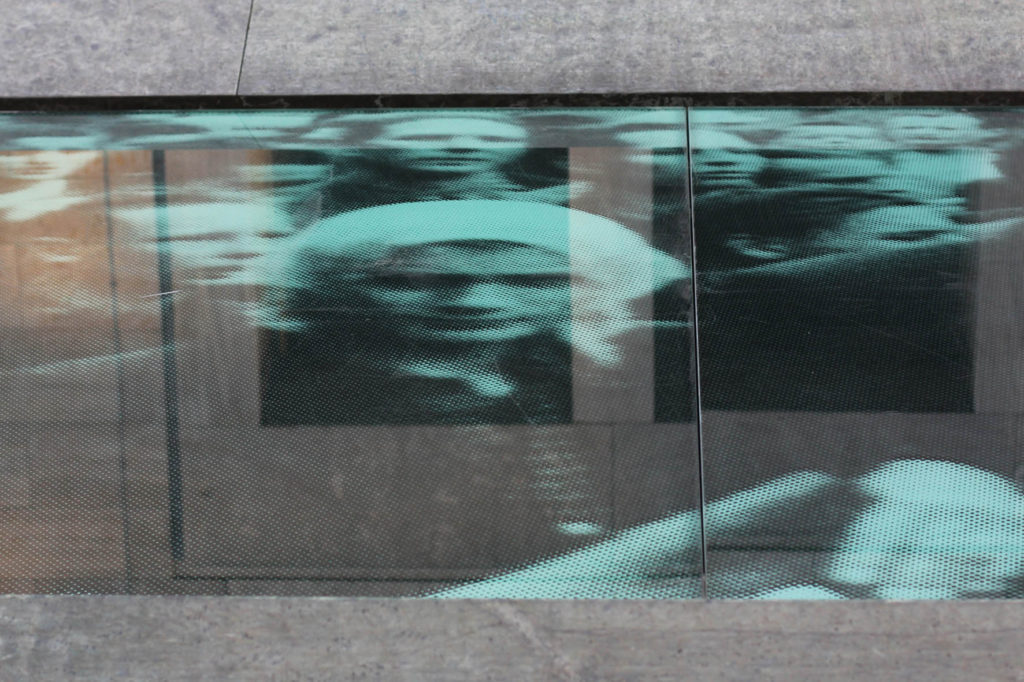 The 17 June Memorial in Berlin

Rüppel’s 17 June Memorial is a photo of the protesters from 1953 under laminated glass enlarged to approximately 4m x 25m.  The photograph has been magnified to such a degree that the image is now grainy and seems to be a collection of dots unless you look at it from the right angle.

The point here is that you have to get close to it in order to see it clearly and you have to want to see what is happening in the picture. 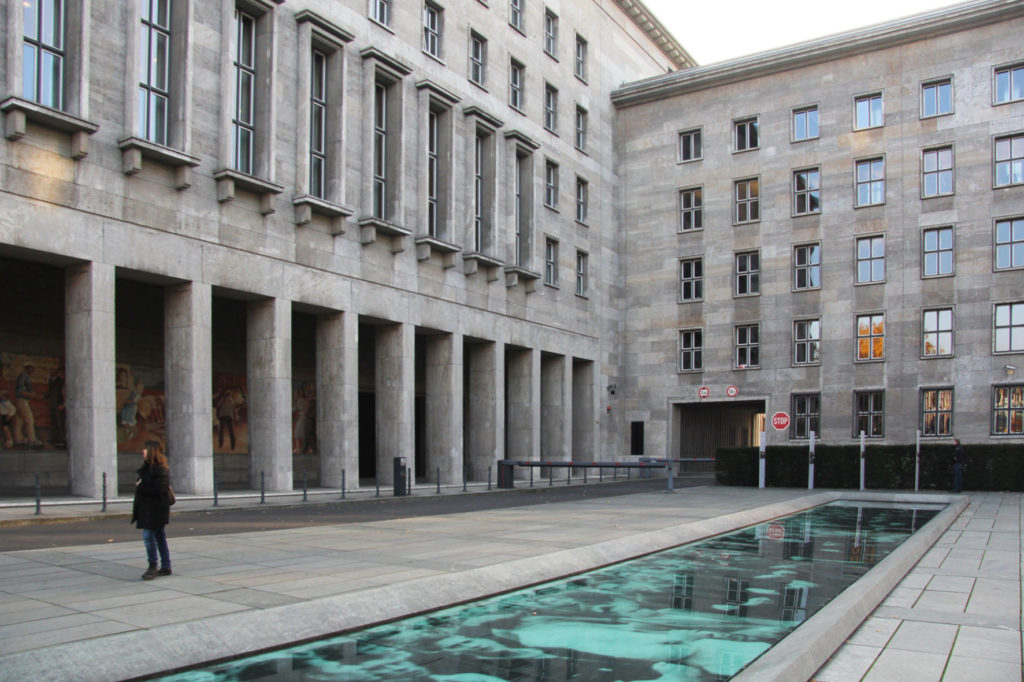 The artwork was inspired by, and contrasts with, the pro-socialism frieze on the wall behind it, snappily titled, “The importance of peace for the cultural development of humanity and the necessity of struggle to achieve this goal”.

The proximity of the two opens up a dialogue between them on the political ideology of communist East Germany and the harsh reality of an oppressive regime. 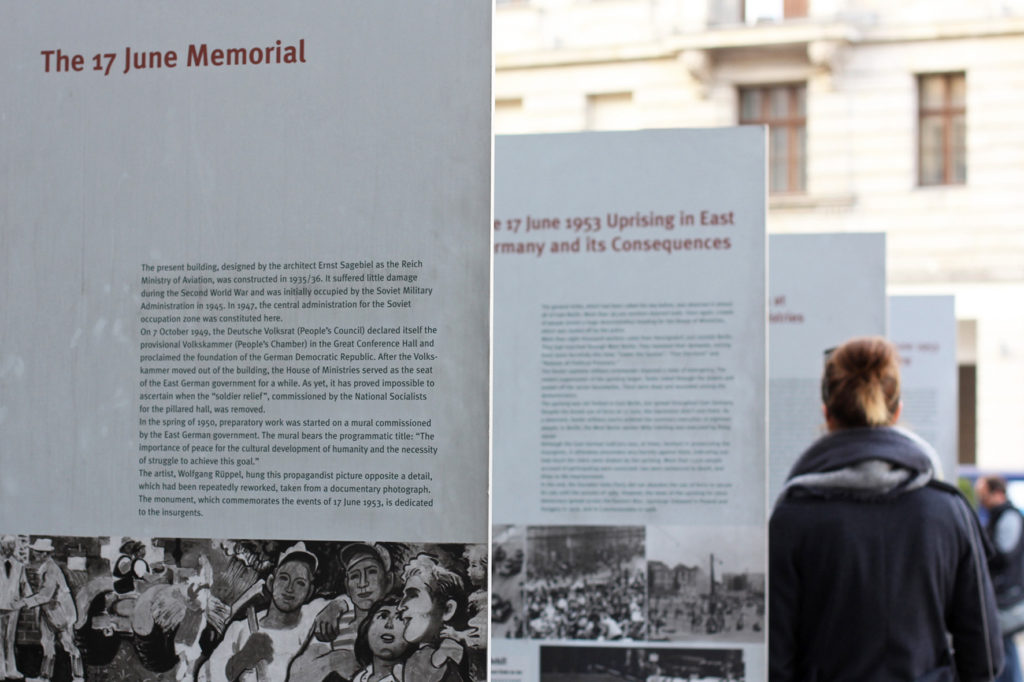 Several information boards near the memorial tell the story of the 17 June 1953 Uprising.

The square on which the 17 June Memorial stands was renamed Platz des Volksaufstandes von 1953 (Square of the People’s Uprising of 1953) in 2013.