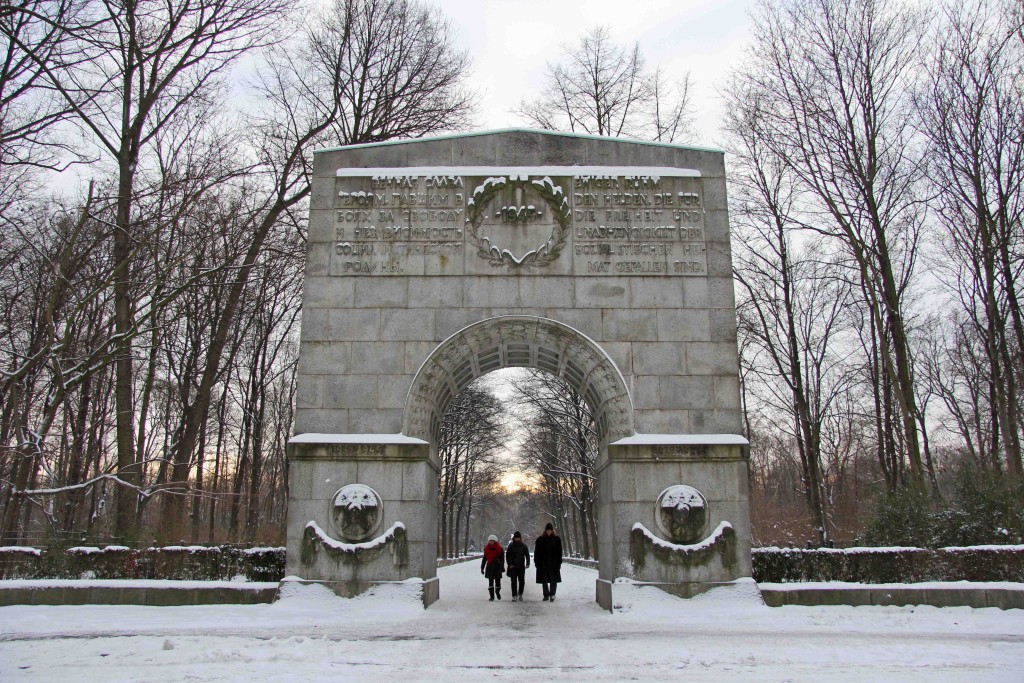 The Soviet War Memorial in Treptower Park is one of the most impressive sights in Berlin in any weather but adding a blanket of snow takes the wow factor up a notch. 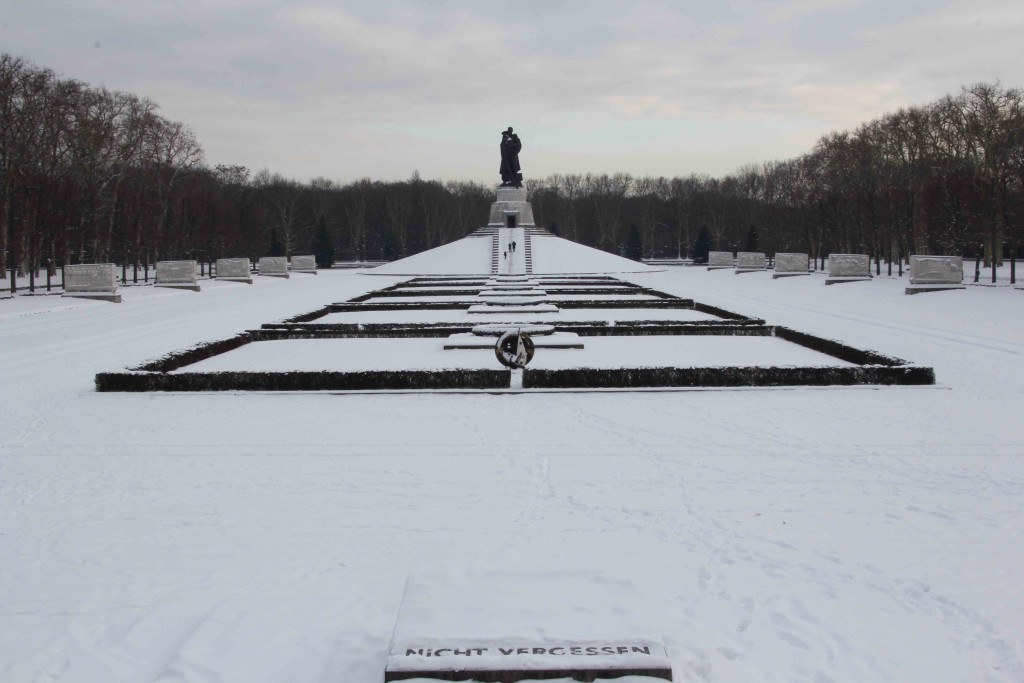 The memorial, which covers an area of about 100,000 square metres is also a cemetery – 5,000 of the approximately 80,000 soldiers killed in the Battle of Berlin are buried here. 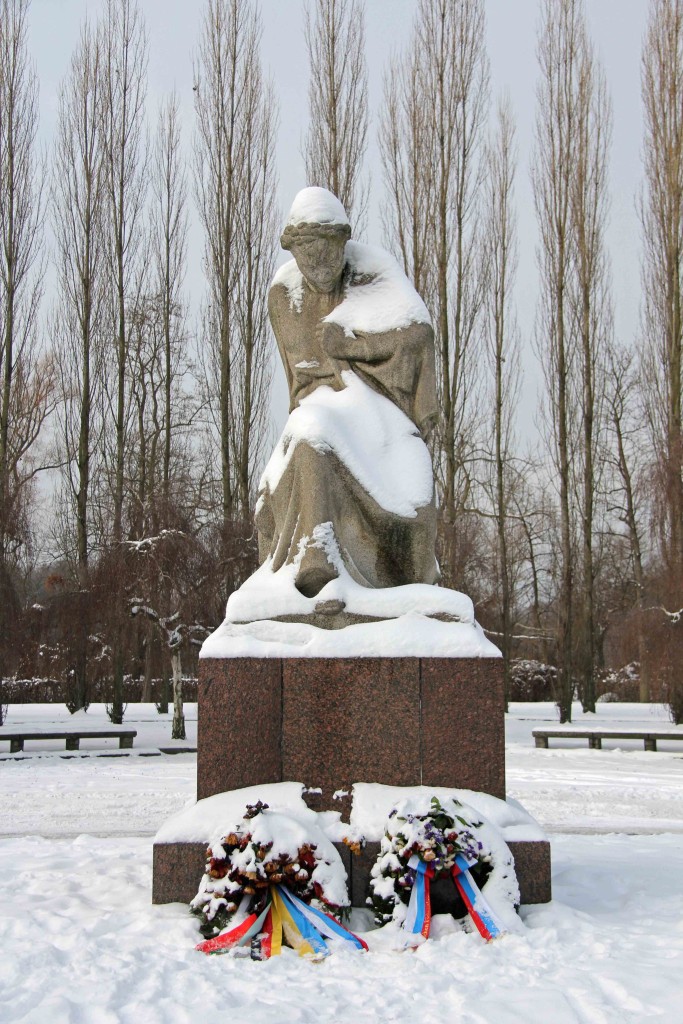 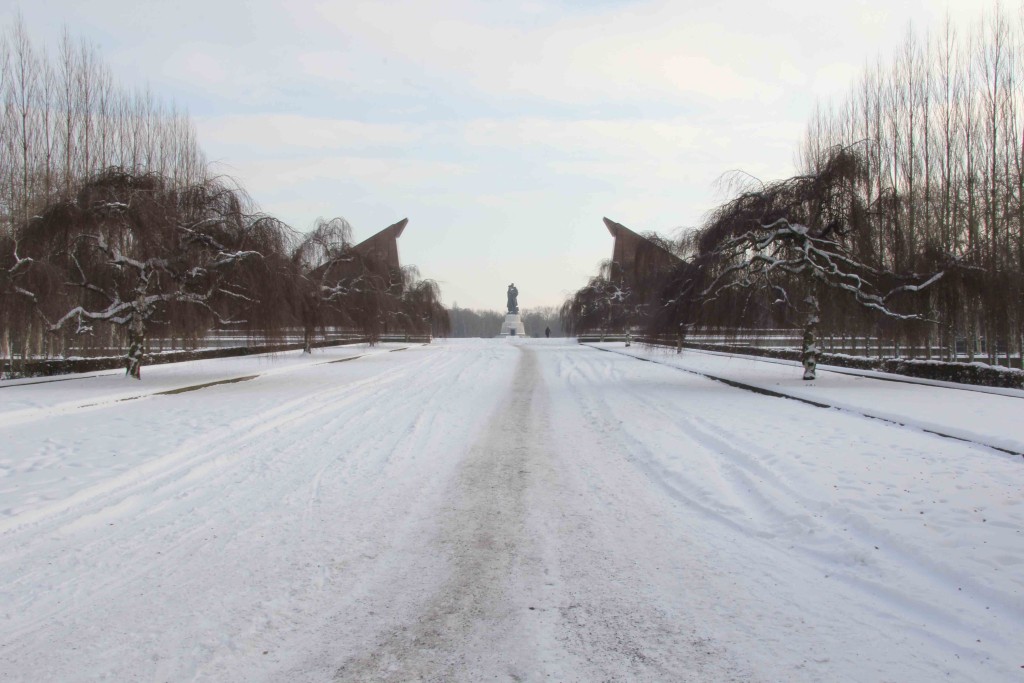 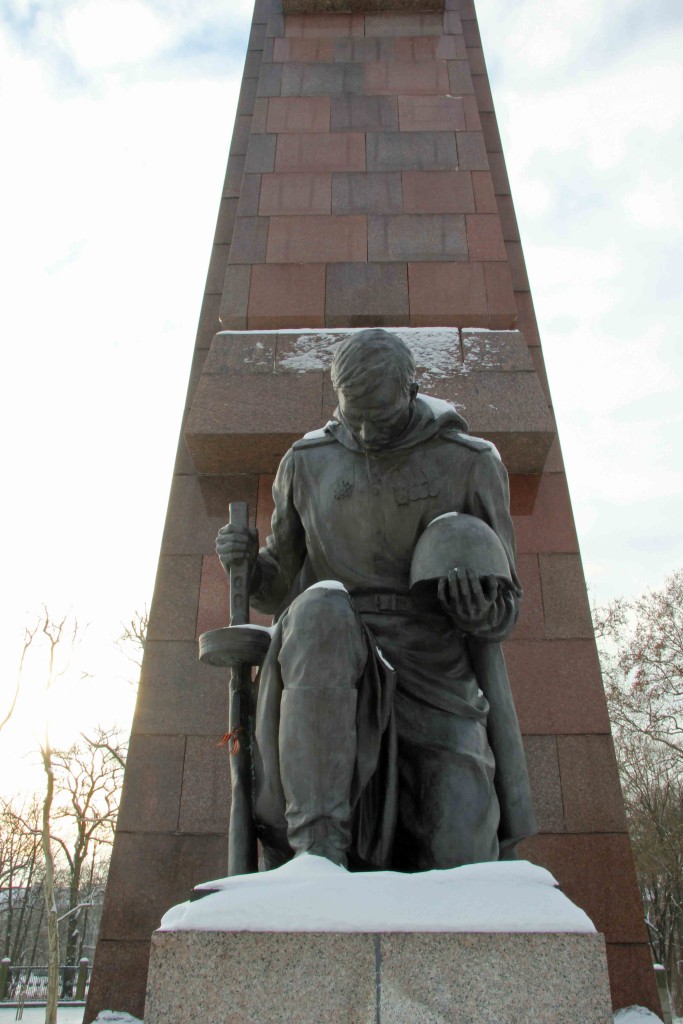 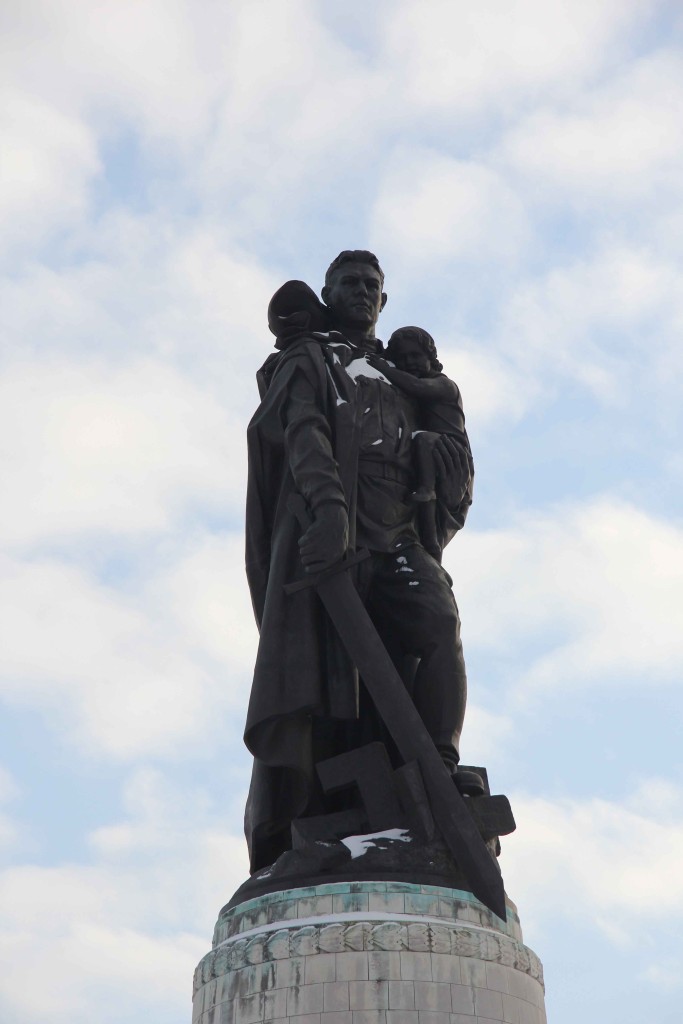 When I visited on a snowy day in December 2012 someone had made a regiment of miniature snowmen who stood guard over the memorial. 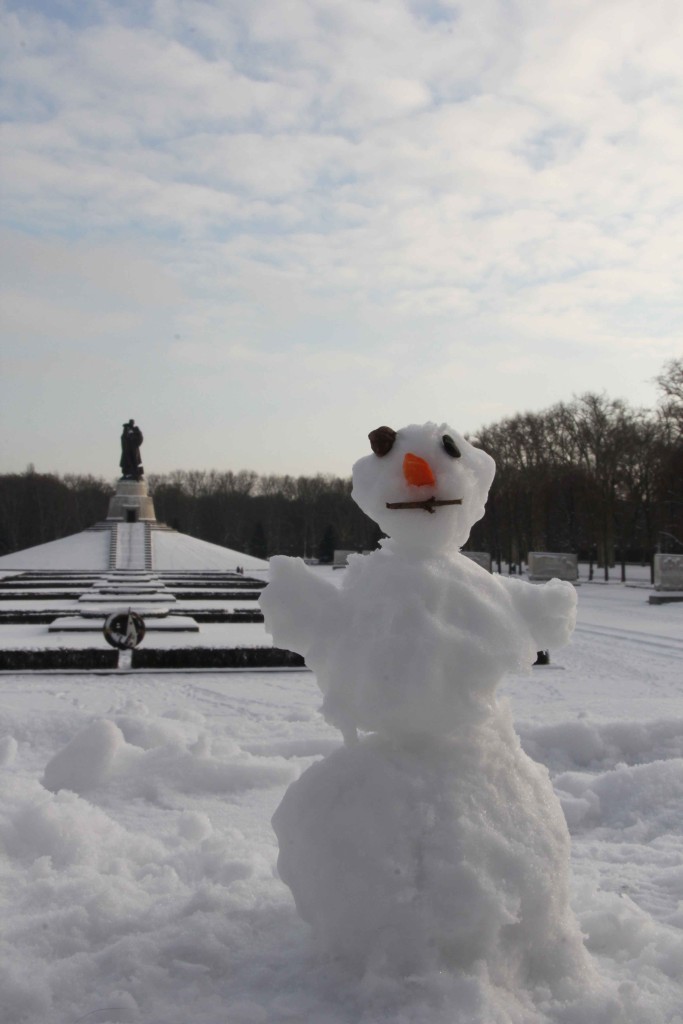 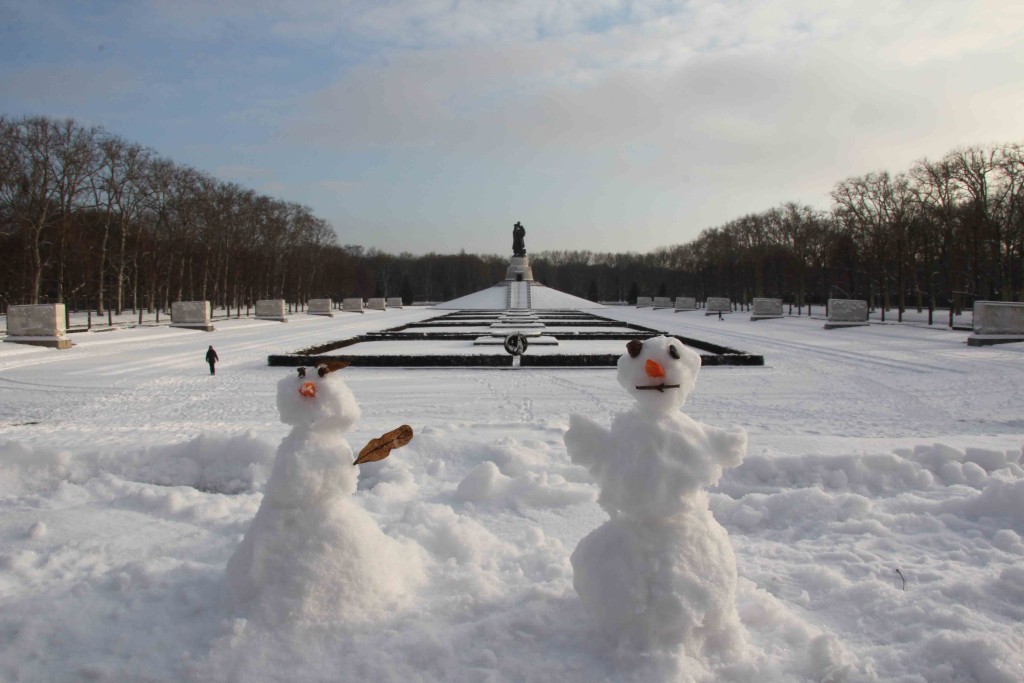 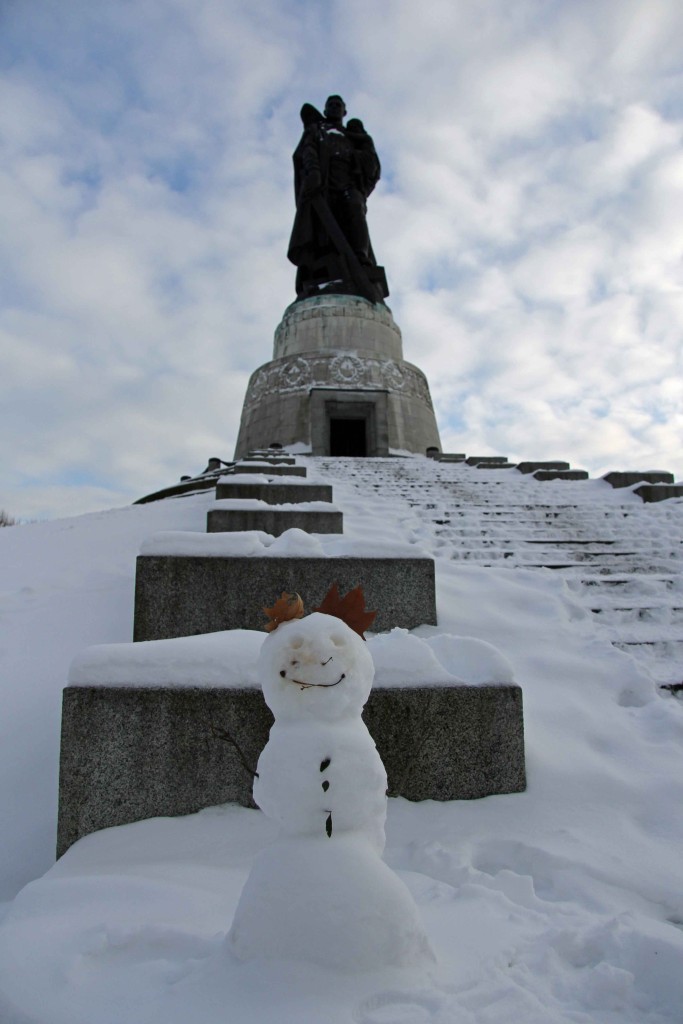 There is always something about the scale of the monument and tranquillity of the setting that fosters a reflective mood but the snow seems to add an extra dimension to the stillness and quiet. 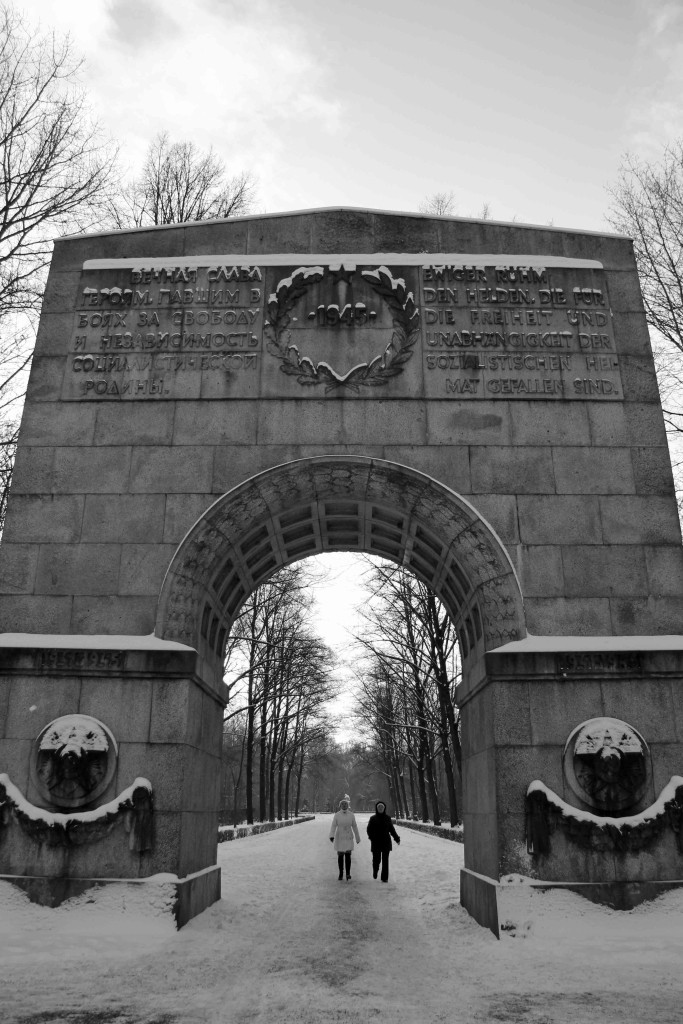 If you’d like to know more about the Soviet War Memorial in Treptower Park and see how it looks in summer click here.