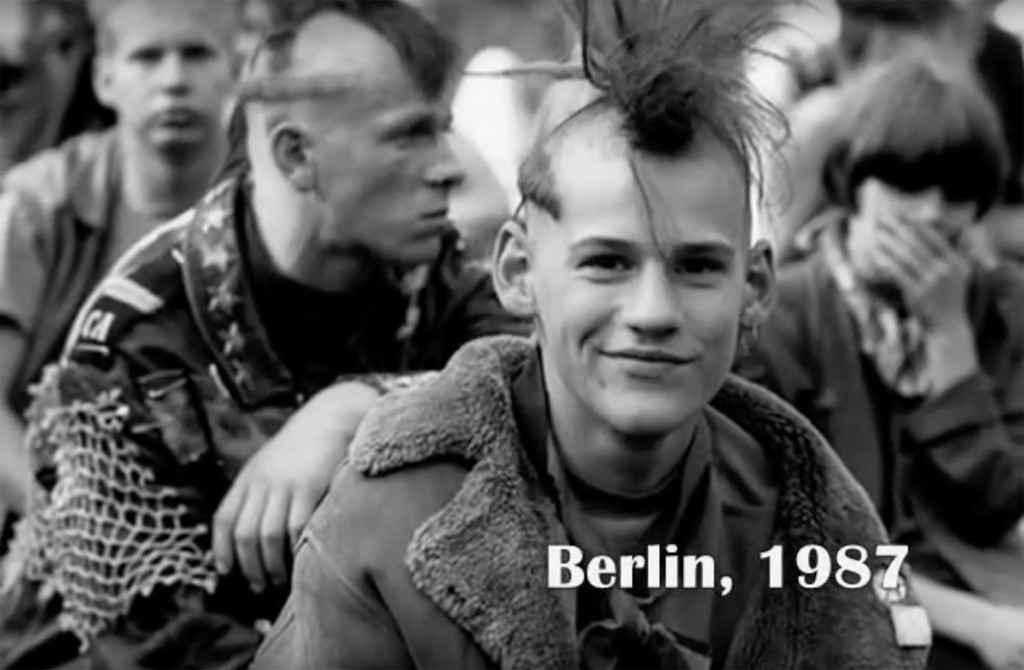 Ostberlin IX – Punks is part 9 of Berlin, Hauptstadt der DDR and features a series of black and white images of East Berlin punks from 1980 to 1989.

The photos offer a glimpse into another time and to those who lived through it what must seem like another world.  Mitte and Prenzlauer Berg are now home to boutiques and third wave coffee shops but back then it was a different story.  In bars and backrooms, bands played illegal gigs to groups of disillusioned youths eager to escape oppression and the humdrum of their daily lives.

But being a punk in the DDR was no walk in the park.

It is not surprising that the scene in East Germany in the 1980s was targeted by the Stasi (the country’s notorious secret police) for special attention.  In a state where political and social conformity was the norm, the outrageous clothing, hairstyles and attitudes of punks stood out like a sore thumb. 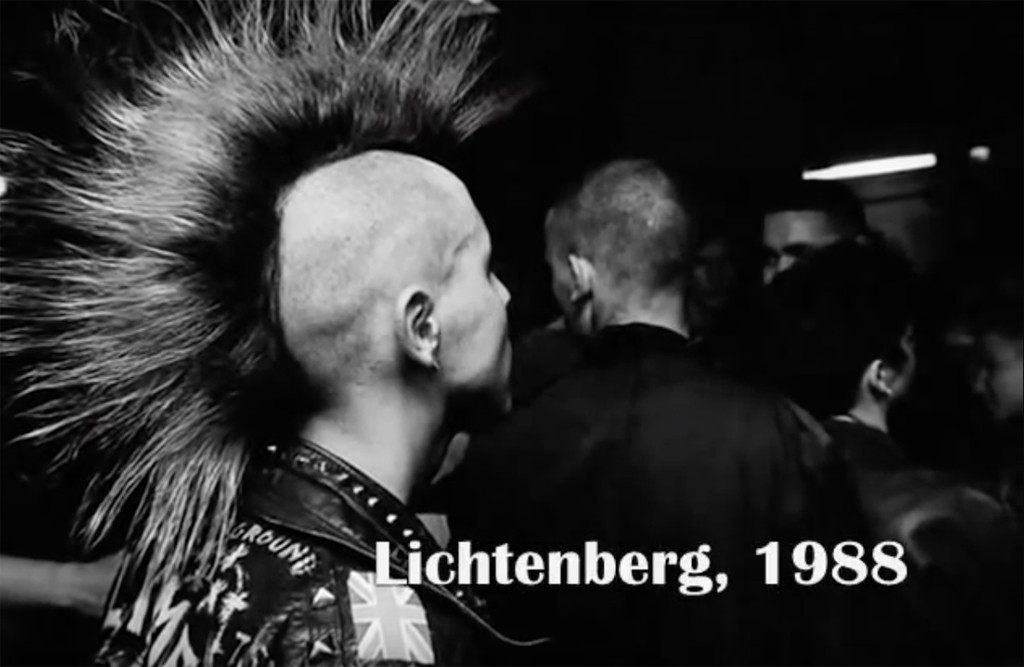 They were spied on and searched, subject to intense interrogation sessions and even violent beatings.

Ironically, it was this brutal treatment that fuelled their political opposition.  The state’s fears that the scene was politically motivated were initially unfounded but offered refuge in protestant churches in East Berlin they came into contact with a number of underground protest groups.

Despite the attentions of the Stasi the punk movement grew.

As the 1980s drew to a close and disquiet in the country built, for some, quiet rebellion turned to open protest and in 1989 the punks were there to celebrate the end of the state that sought to stamp them out.

In keeping with the photos of East Berlin punks, the soundtrack for the video Ostberlin IX is Anders (different) by Die Skeptiker – keep an eye out for Berghain bouncer Sven Marquadt at 1:01.