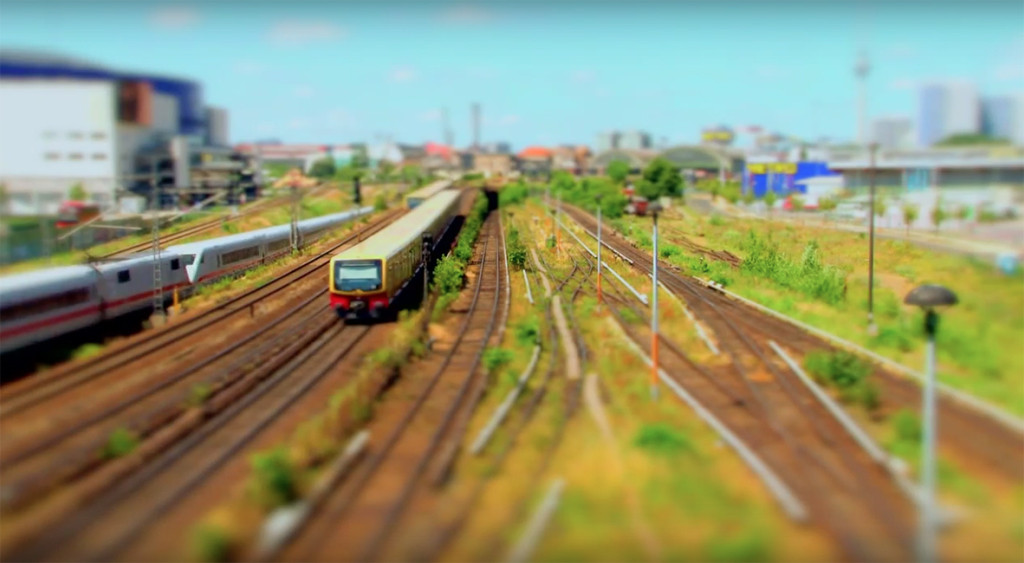 Tiny Town is a clever tilt-shift video filmed in Berlin by Sammy Metwalli a German director, editor and compositing artist who also directed the documentary Ostblut.

Tilt-shift is a photography or filming effect that makes real life scenes look like miniature models.  The effect is achieved by creating a narrow point of focus and popping the colours to make the picture seem unreal.

As well as plenty of the usual traffic and crowd movement scenes, the short film features familiar Berlin sights like the Berliner Dom and Mauerpark, including performers and the crowd at the Bearpit Karaoke.

For me though the best sequences are the ones with the BMX riders near Warschauer Strasse and the diggers and other construction vehicles.

As well as being skilfully shot, the magic of Tiny Town is the choice of the music by Amon Tobin, which has been expertly matched to the film in the edit.