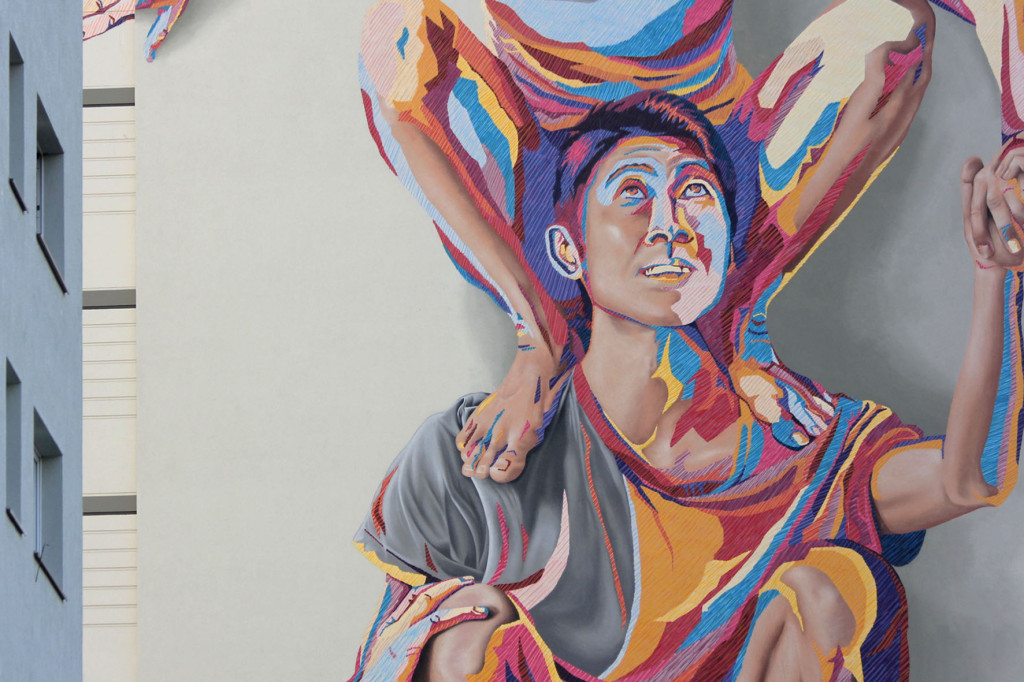 32 metres high and bursting with colour the Totem Mural by artistic duo JBAK is difficult to miss whether walking or driving past its location in Berlin Lichtenberg. 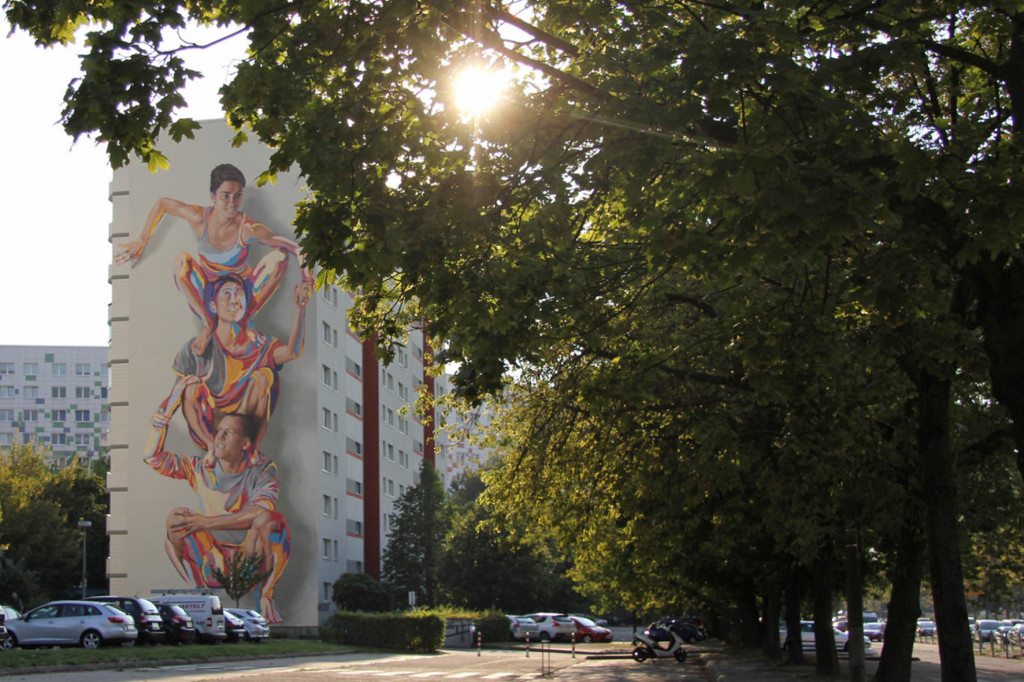 The mural covers the side of an 11-storey block of flats and was produced in collaboration with Lichtenberg Open Art (LOA), with the support of the housing association HOWOGE, that owns the building on which it is painted.

Like all the artworks produced in the three years they worked together the Totem Mural blends the contrasting but complementary styles of James Bullough and Addison Karl.

The following quote from the JBAK website explains what brought the two together (though they have since gone their separate ways):

Originally from Baltimore and Seattle, Bullough and Addison currently live and work in Berlin.  Though their styles and approaches are different, their shared interests in art and culture and their desires to experiment within the limitlessness of their mediums, brought them together.  Their mutual love of travel, urban societies, and the people who inhabit them, led to the development of a more cohesive theme of unity and humanity. 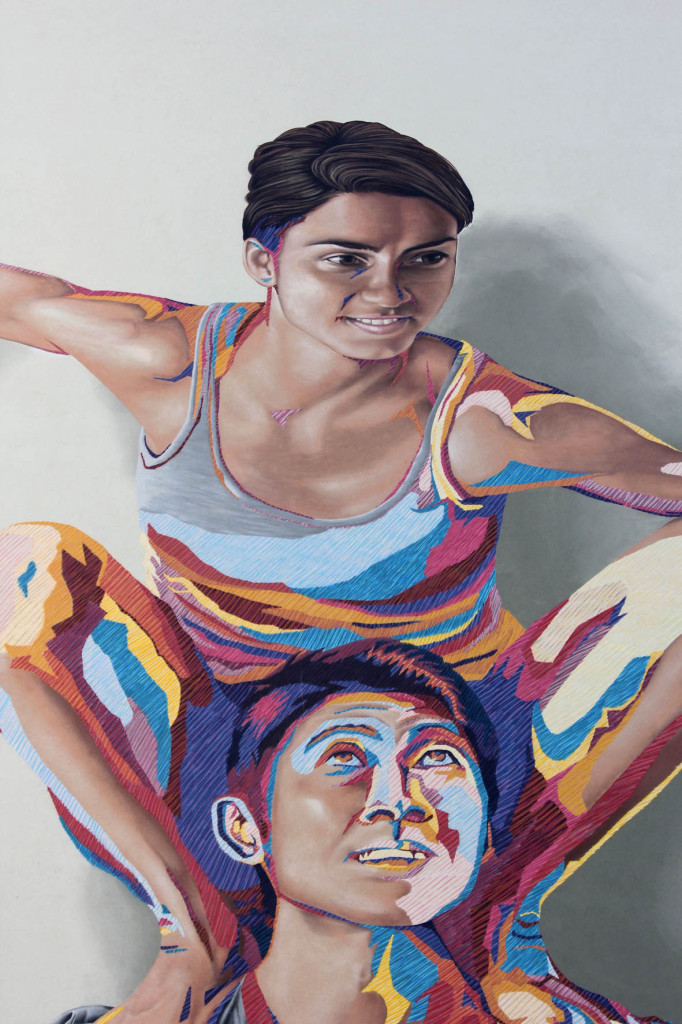 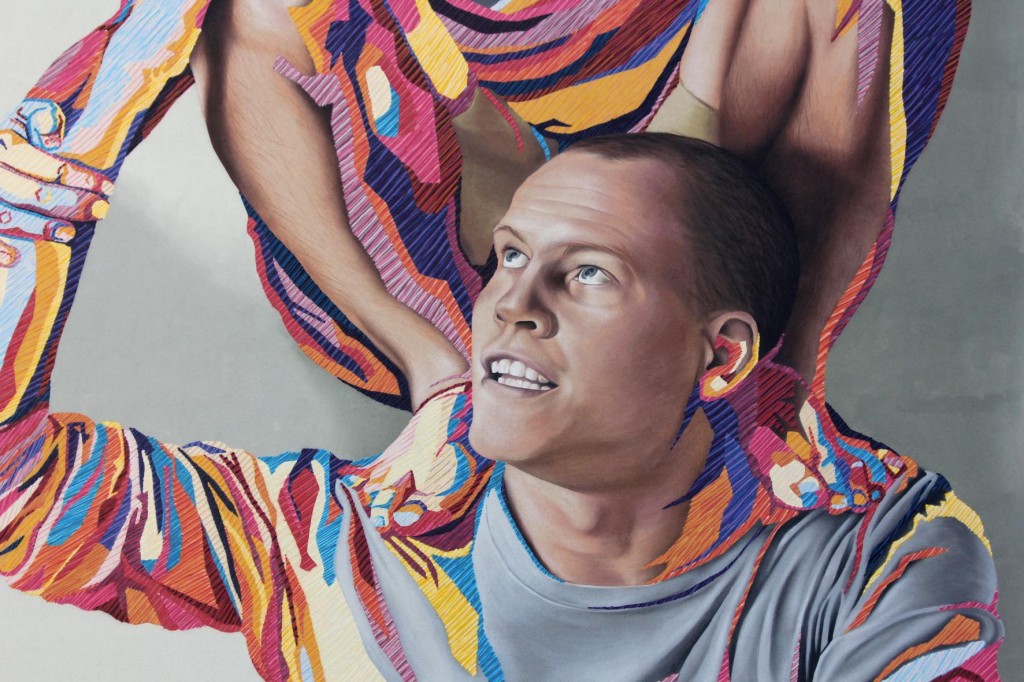 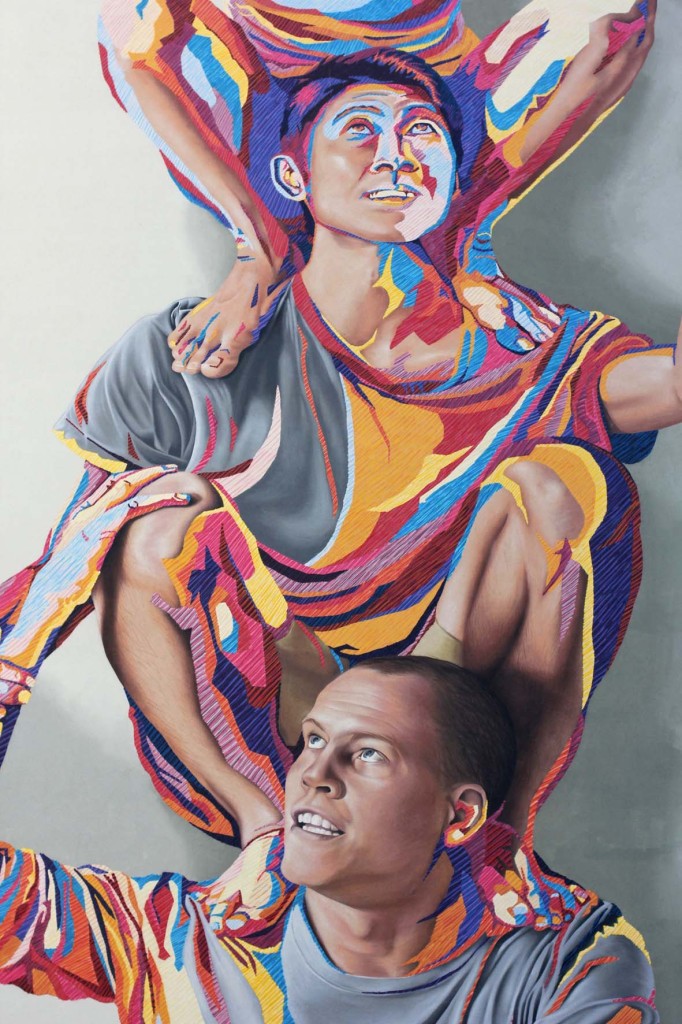 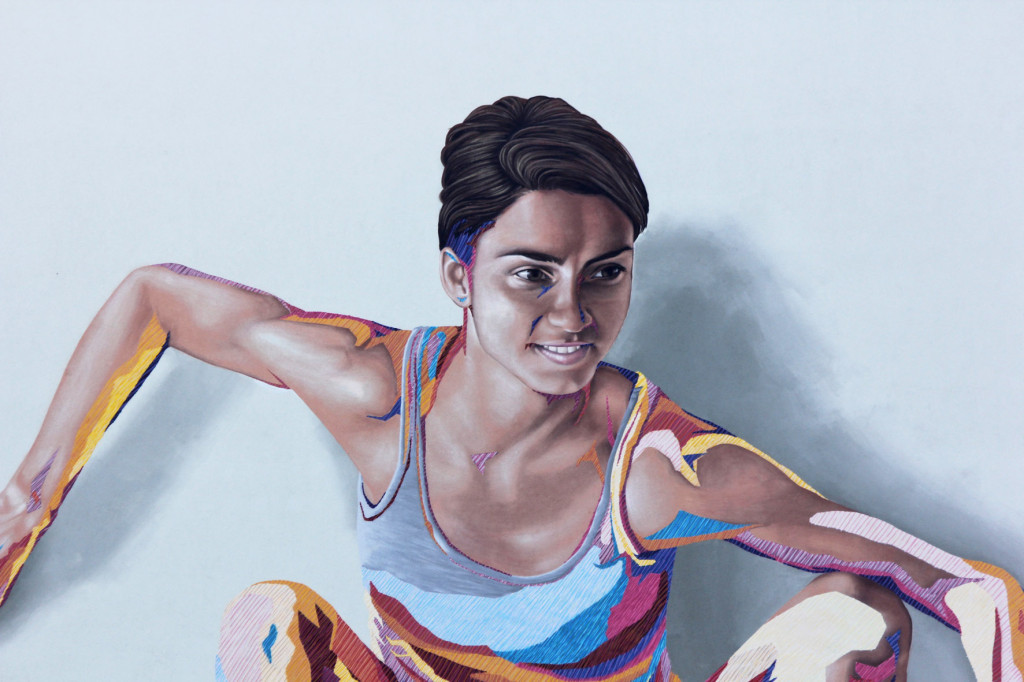 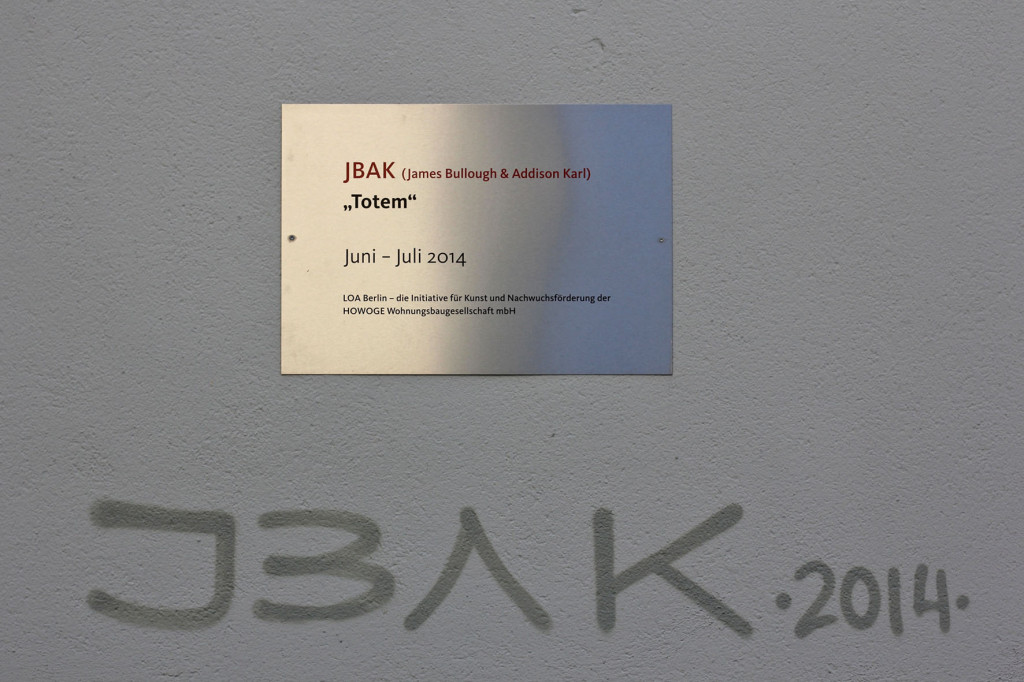 The mural successfully suggests and promotes a sense of community and cooperation and aims to represent the cultural diversity characteristic of Lichtenberg and Berlin as a whole.  The figures in the painting are based on local residents and the Totem Mural design is the culmination of a long and gruelling application and competition process.

The mural took 4 weeks of long and tiring days to complete – Bullough painted the photorealistic elements in muted colours and Addison overlaid these with bright and colourful hatching. 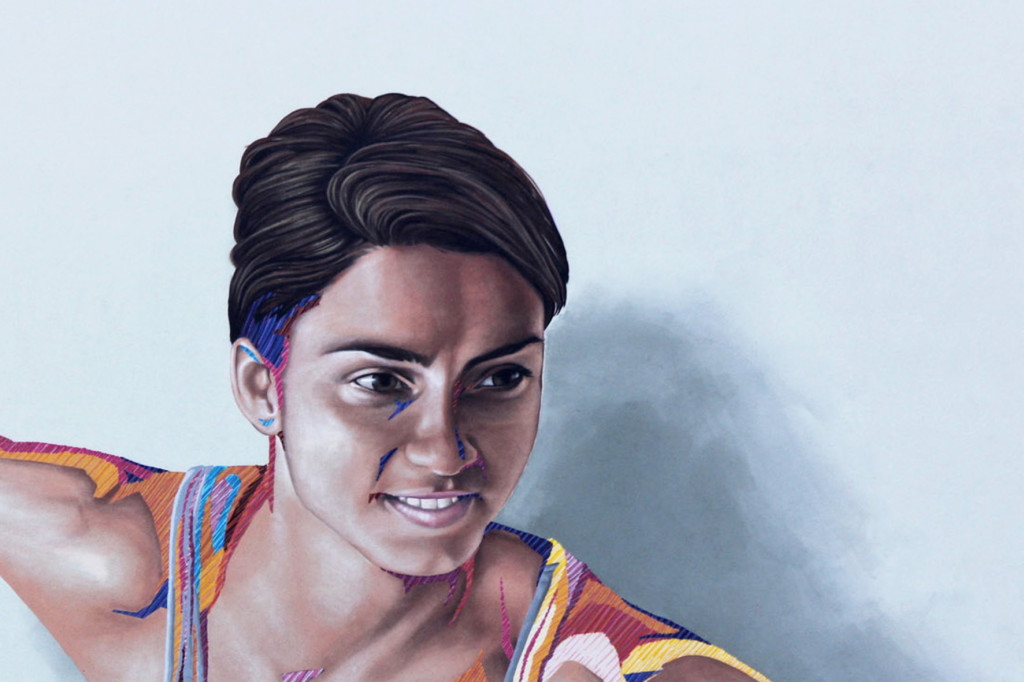 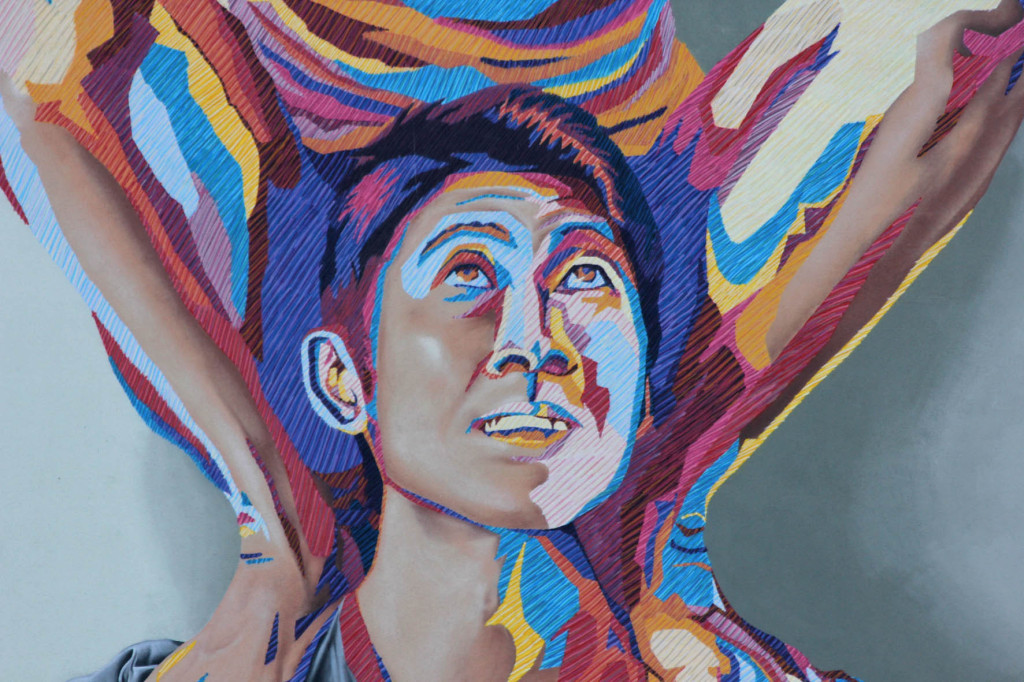 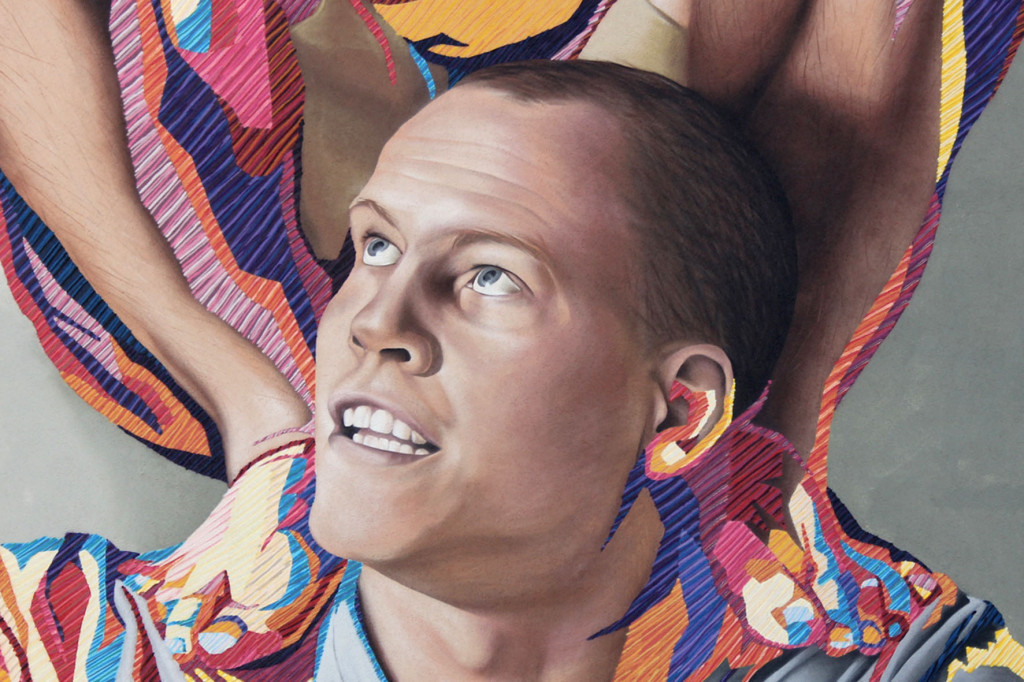 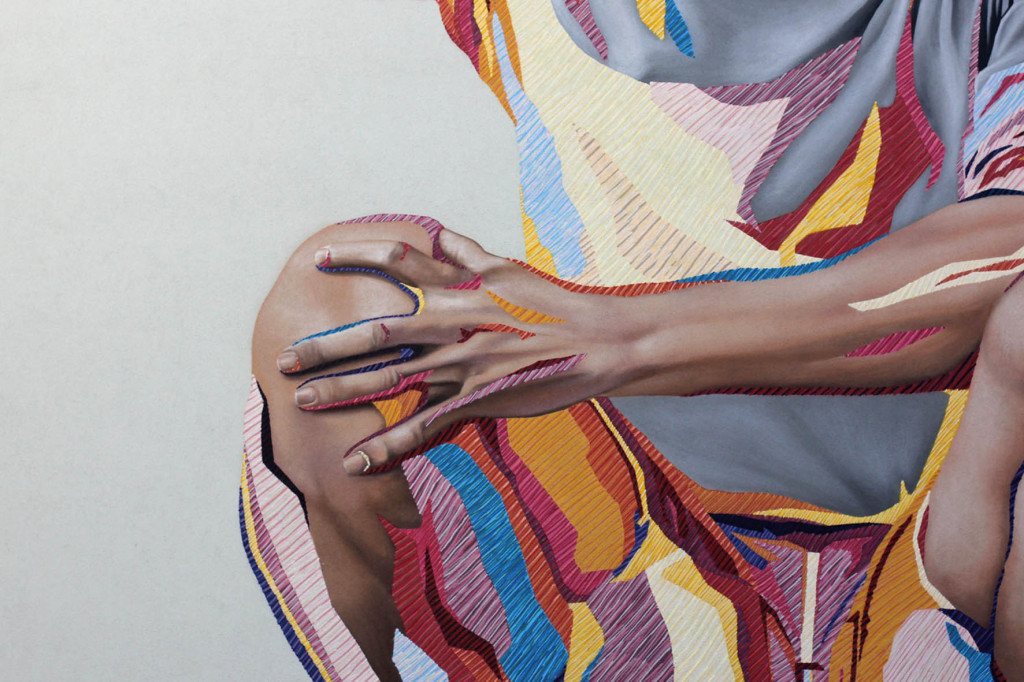 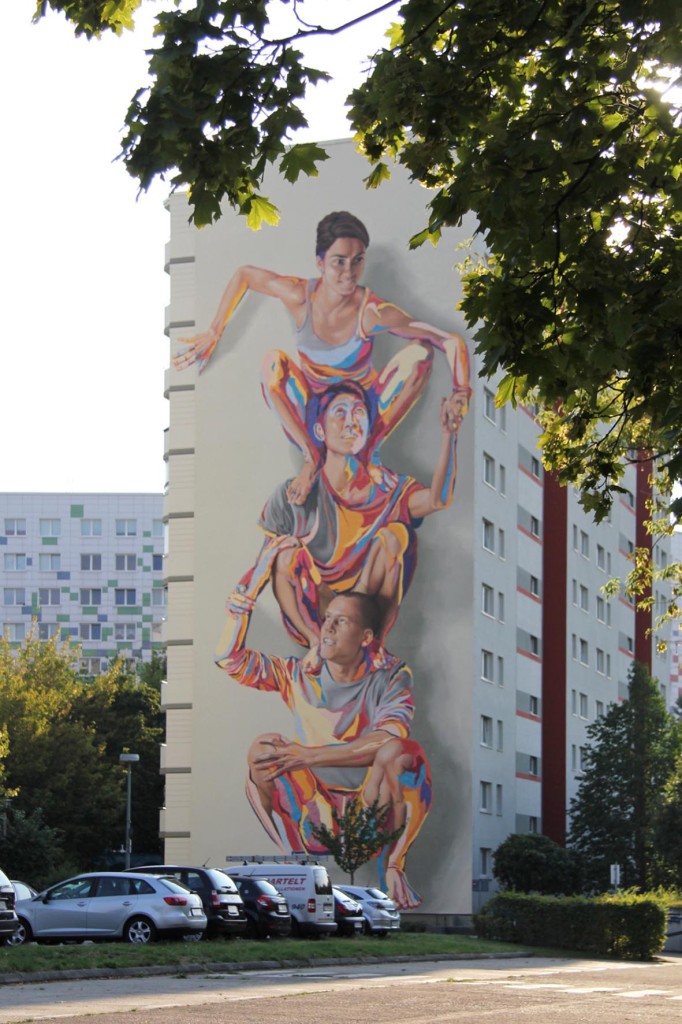 If you’d like to see the JBAK Totem Mural in Berlin for yourself you will find it at Landsberger Allee 228B in Lichtenberg – you can see it from the stop Zechliner Str, which is served by the M6 and 16 trams.