Berlin-based street artist RallitoX is hoping to mobilise the people of Berlin in support of his latest Confused Movement project – Let’s move Berlin to Mallorca.

RallitoX explains the basis for the proposal on the campaign website:

In an era in which words such as relocation or mobility labor are on everyone’s lips, why not to go a step further and move cities which are located in unfriendly areas for human life to areas more suited?

Berlin has very long winters and no sea.  Moving the city of Berlin to Mallorca would offer to all people of Berlin a better quality of life.  A life where they could be much more relaxed.  Not to mention providing the possibility of having a seaport from which to send and receive goods.

It has been proved that in those countries where there is little sunlight, inhabitants tend to be more bad tempered and show more signals of tiredness and irritability.

The sun and sea would make Germany not just the economic engine of Europe, it would be an open country willing to give higher levels of happiness to the residents of her capital.  Residents who have democratically chosen Mallorca as a base in which to place what we would call New Berlin.

He goes on to explain the social and economic benefits for both Spain and Germany of the realisation of his vision. 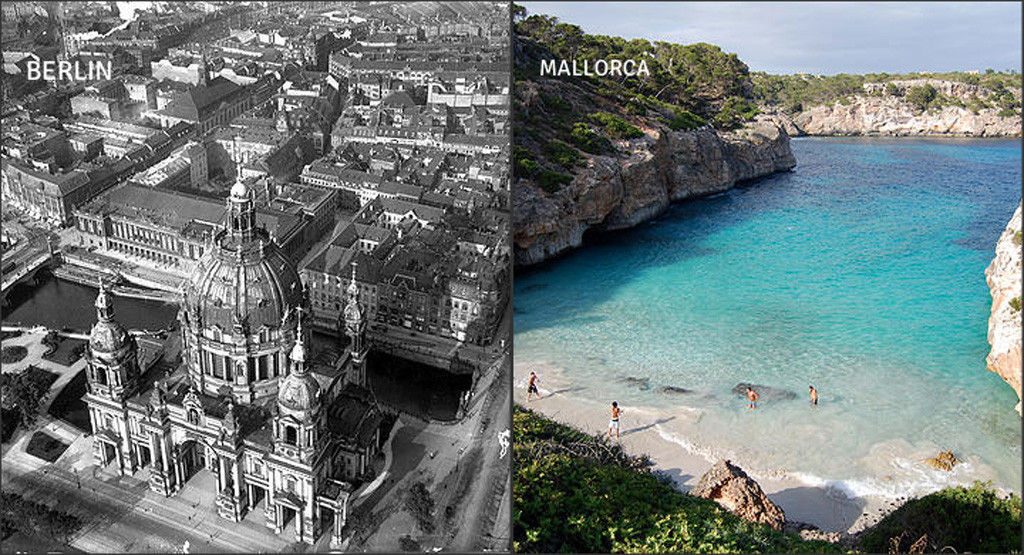 I have spent a fair bit of time on Mallorca over the last couple of years, partly as a result of my friends Gilly and Bine relocating (themselves not the whole city in this instance) from Berlin to Mallorca.  It is worth noting that they have since made their way back to Germany – I wonder if this would have been the case if so much of what they missed of the Hauptstadt had been relocated for them.

The first action of the Let’s move Berlin to Mallorca project is taking place this coming Sunday, 1 November 2015 on Alexanderplatz – a rally and drive to collect signatures meeting under the Weltzeituhr (the World Clock) at 11:00.  Full details are available on the Facebook event page.

You can find out more about the project, including how to join in on the Let’s move Berlin to Mallorca website and see more from RallitoX on his website and Facebook page.