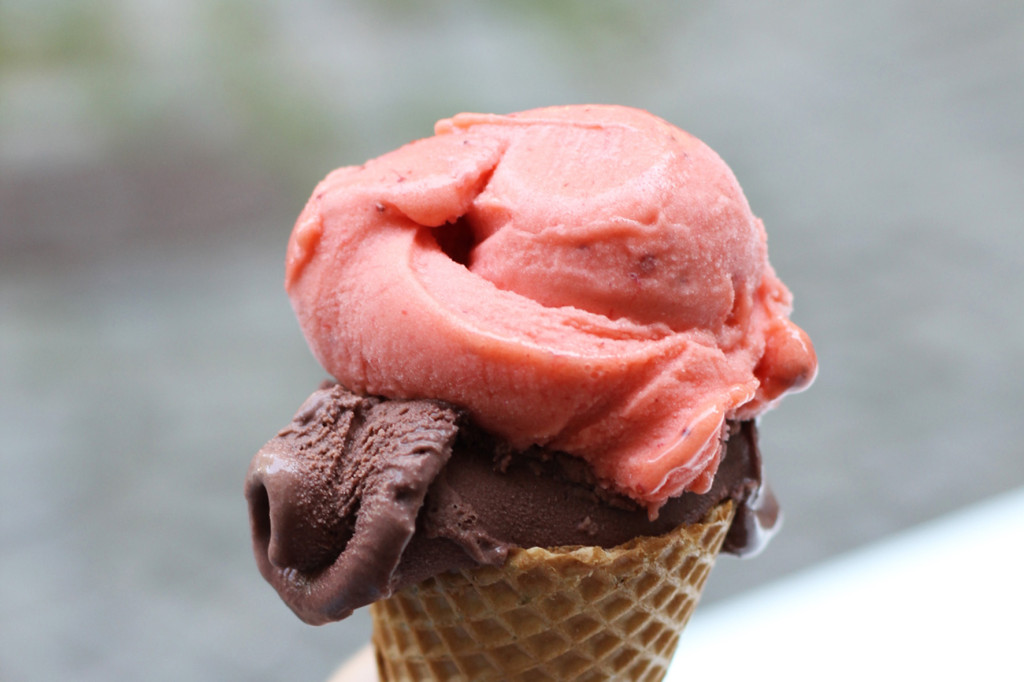 Gelateria Mos Eisley in Neukölln was one of my favourite ice cream discoveries in Berlin last summer.  Daniela Teuber realised her dream of opening a shop selling ice cream and sorbets, made fresh daily with all natural ingredients, in May 2013 so I’m a bit late to the game but hey, better late than never. 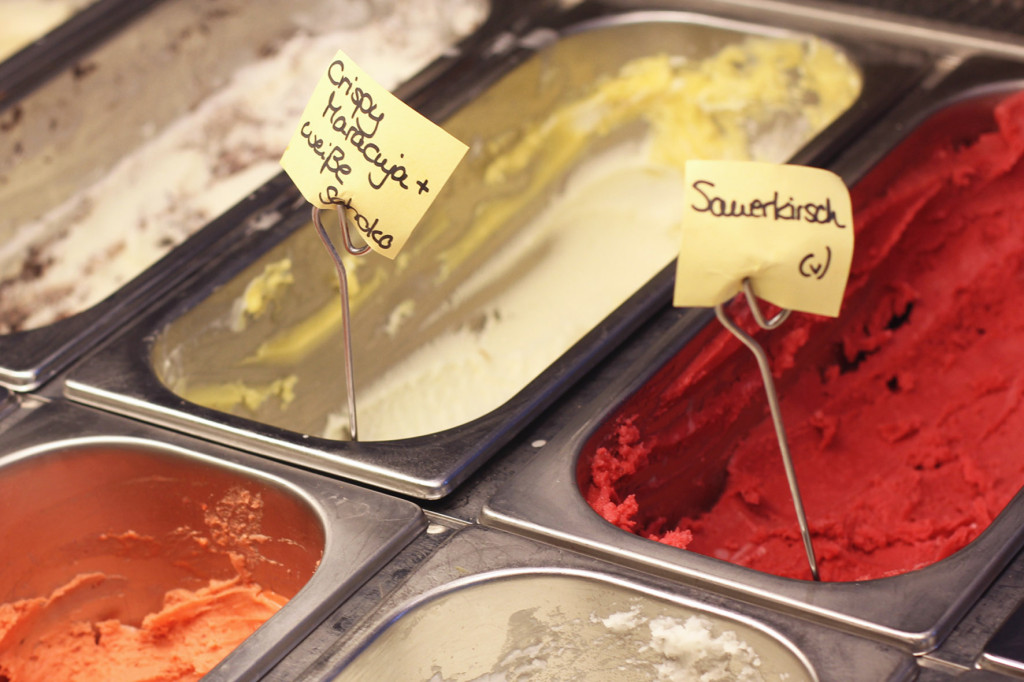 Eis Saison (Ice Cream season) is a big deal in Berlin and that’s most definitely a good thing.  I’m not quite German enough yet to eat an ice cream when it all kicks off at the start of March but come summer ‘it’s all in the Eis’.

I’m not too adventurous when it comes to my flavour choices – I tend to stick to Chocolate, Stracciatella or a combination of both but this does help me when it comes to comparing the various ice cream dealers in Berlin. 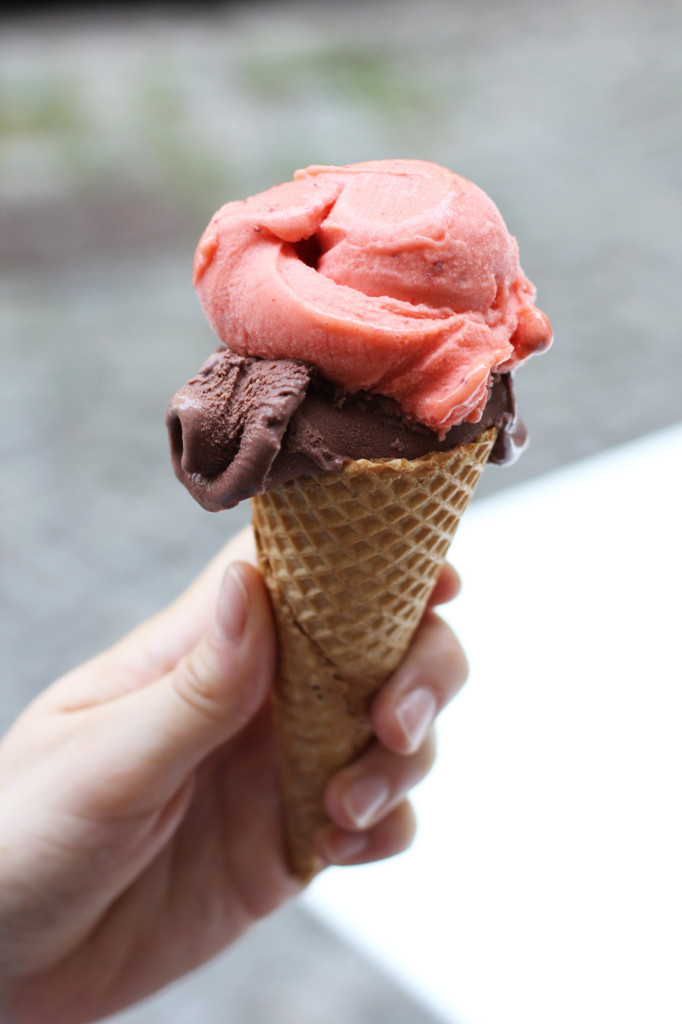 The Stracciatella at Gelateria Mos Eisley is creamy and rich, the Chocolate ice cream luxuriously indulgent.  Steffi declared the Strawberry, that she combined with Chocolate in a cone (in der Waffel), delicious.

Thanks to its position on Herrfurthplatz, Gelateria Mos Eisley is ideal for a post Schiller Burger dessert on the way to sleeping it off on the grass at Tempelhofer Feld on a Berlin summer’s day.

One Response to Gelateria Mos Eisley