It’s time for another selection of sweet street art from Berlin.  The artist’s names link to previous appearances on andBerlin if you want to see more of their work.

One of the largest of ALANIZ’s rollered paintings in Berlin, entitled “Protesta; more than a right, an obligation” is right alongside a Vhils piece from his Go Forth campaign. 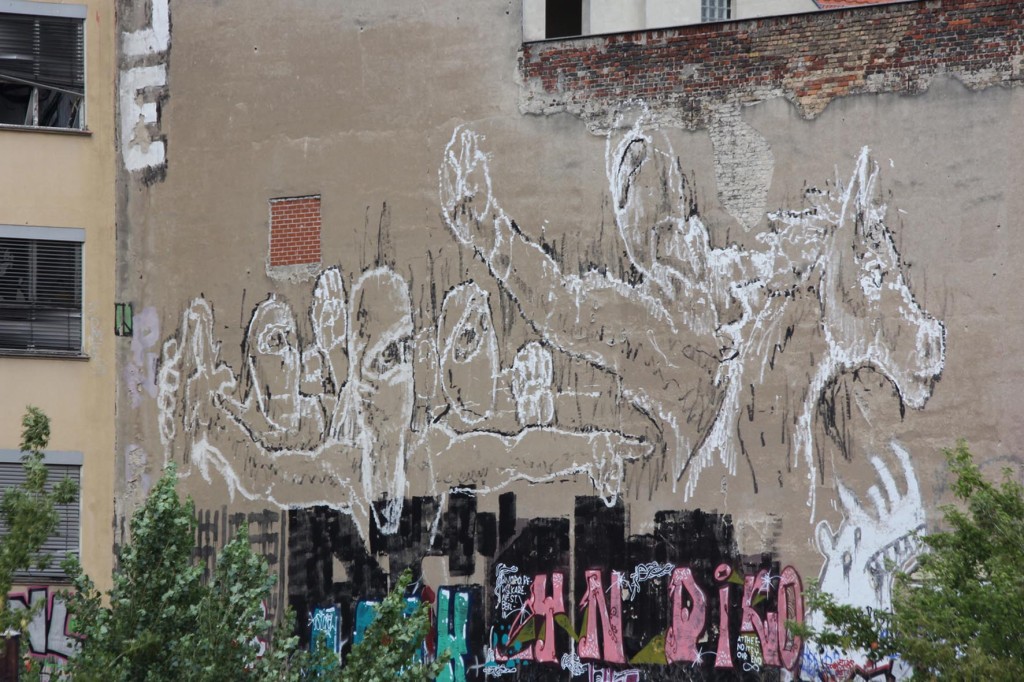 Artistic talent is one thing but clever placement like this Wild Leo Girl paste-up by Raïa can take things to another level. 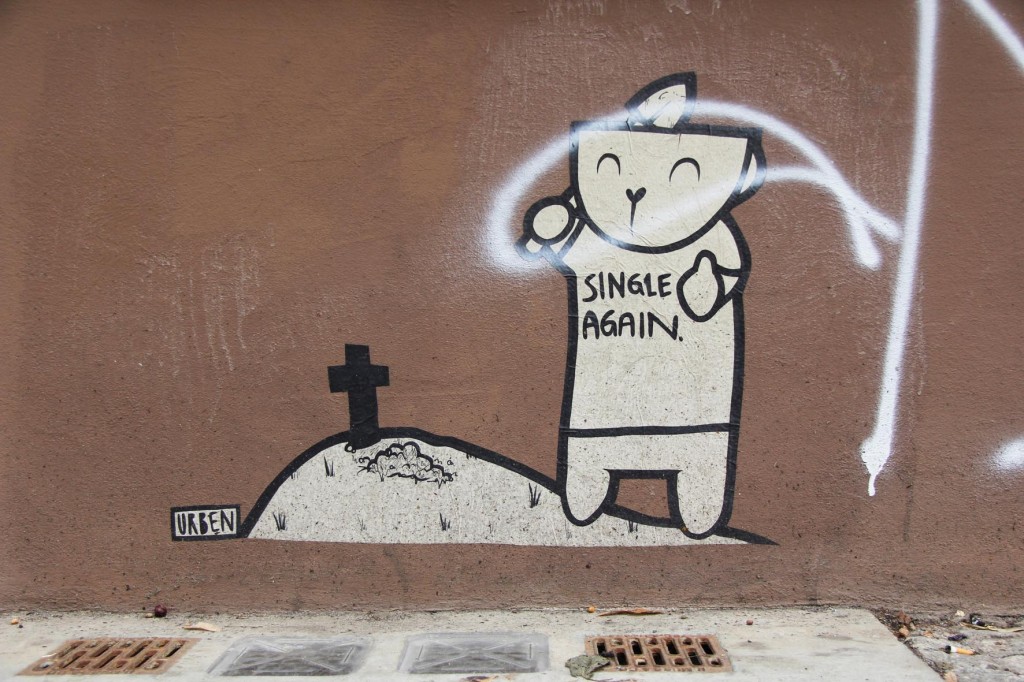 Urben’s cartoonish characters are a regular fixture on the streets of Berlin.  See more from the artist on his Facebook page. 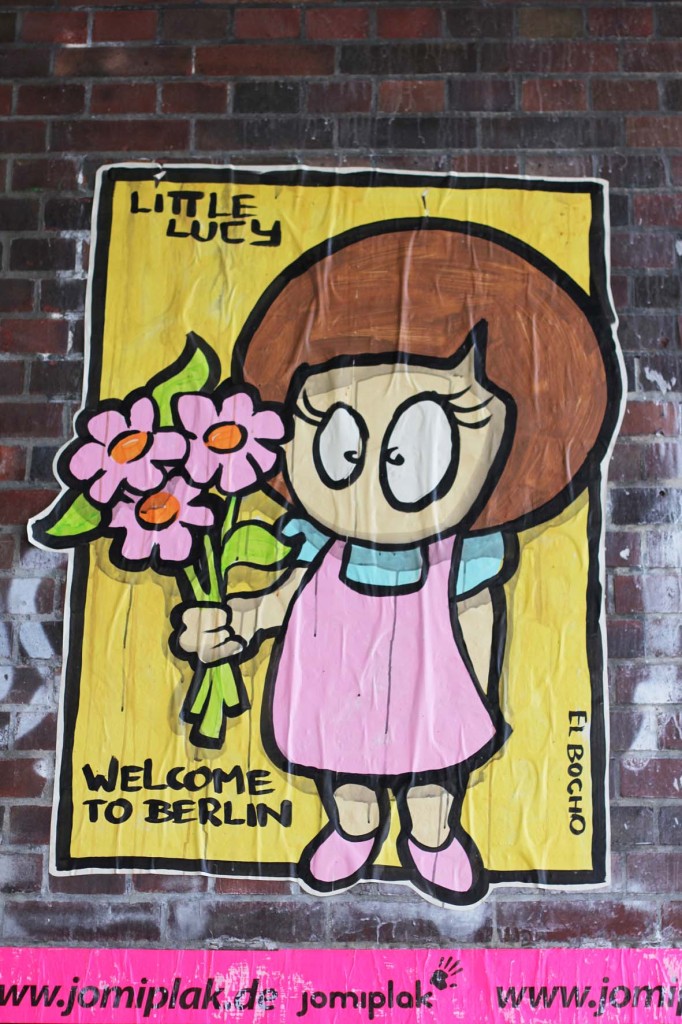 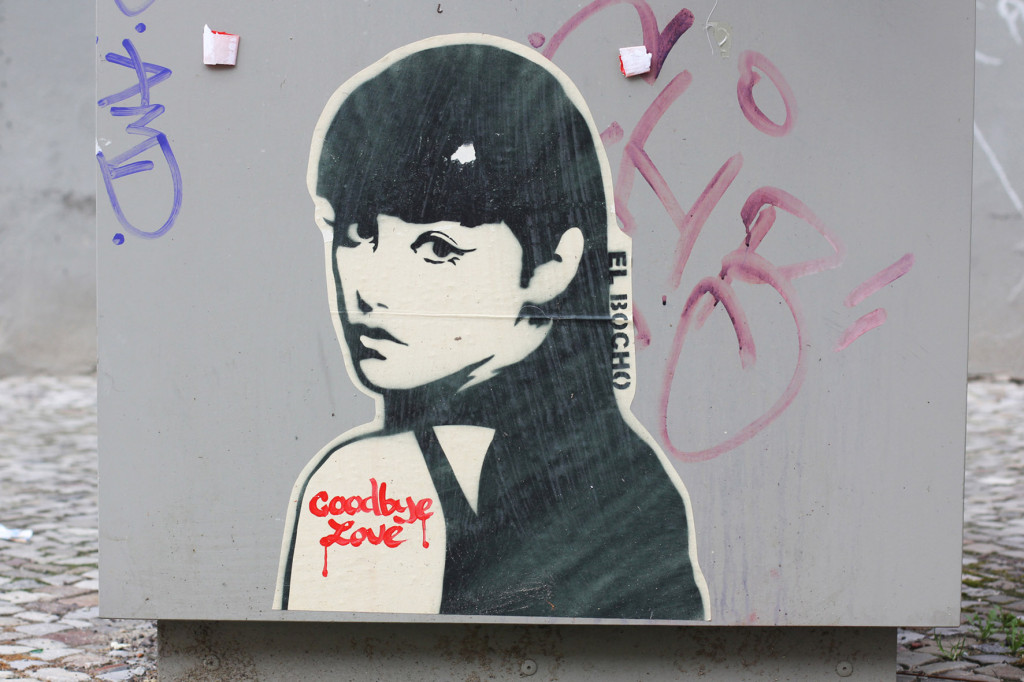 Born in Miami and raised in Spain, AXEL VOID (Alejandro Hugo Dorda Mevs) was based in Berlin for some time before returning to his native Miami.  He describes the incredible story behind this Hitler Youth piece at YAAM on his website:

A few years ago my computer broke down. I went to a repair shop in Berlin and met this older man that ran the place himself. There were other people and he must have seen that I didn’t have much money so with my poor German and his poor English he sat me down and explained how to fix the computer myself. I spent the afternoon with him, and among other things he told me his story. He was the son of one of the Nazi generals, and was raised in the Hitlerjugend (Hitler’s Youth). He explained how natural his training seemed, but by the time he grew up and had to take part in the war, he couldn’t do it. They ended up kicking him out of the force and he left the country. He only came back to germany after the war was finished. He never charged me anything, this wall is dedicated to him. 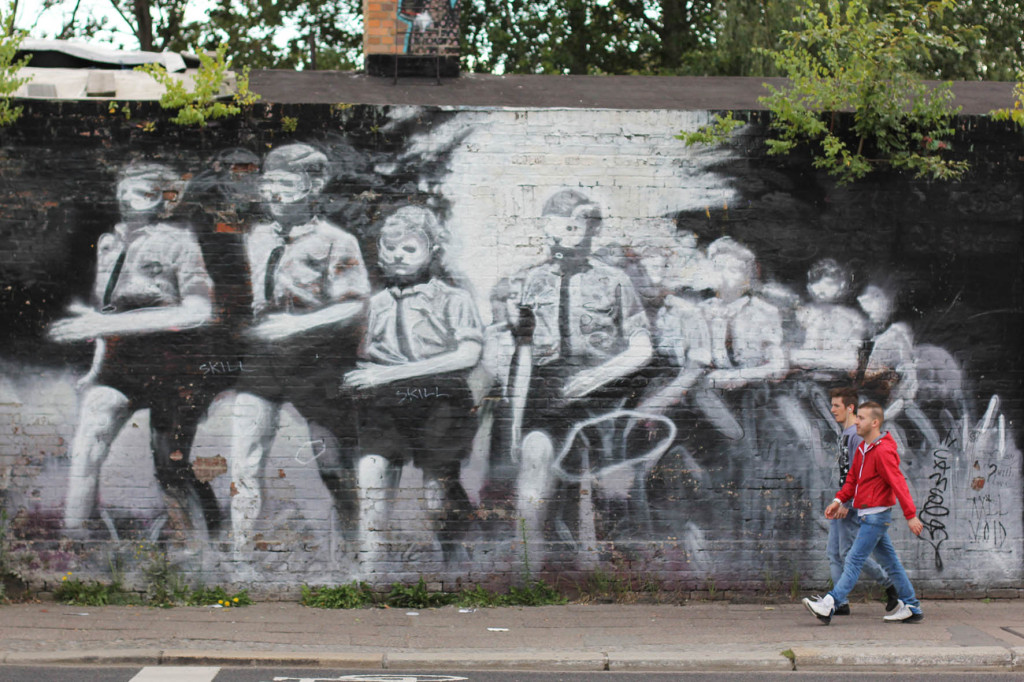 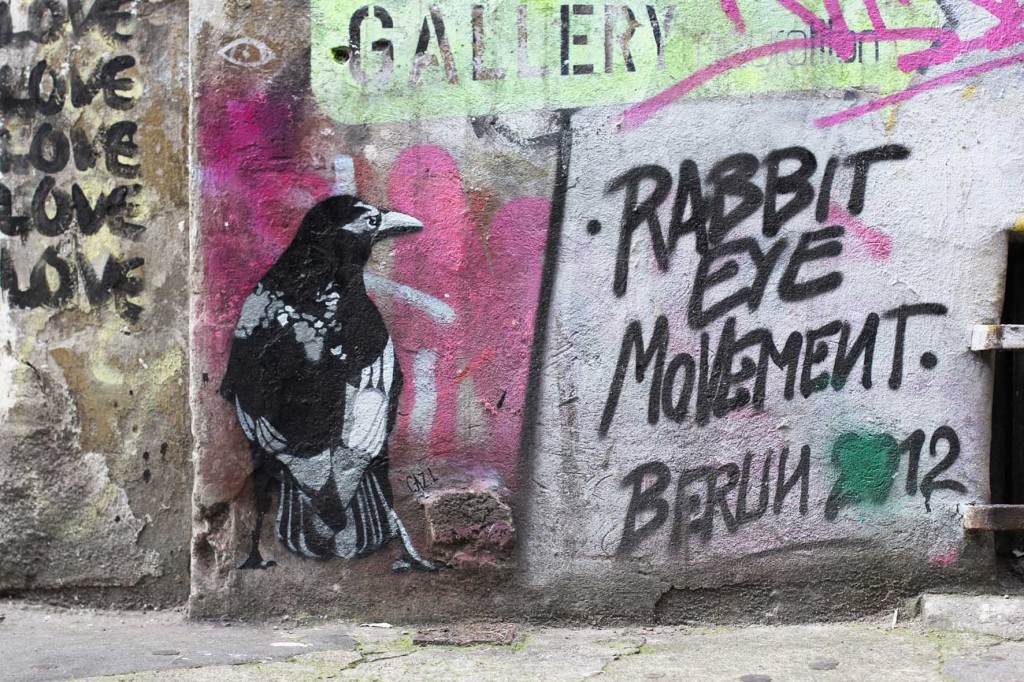 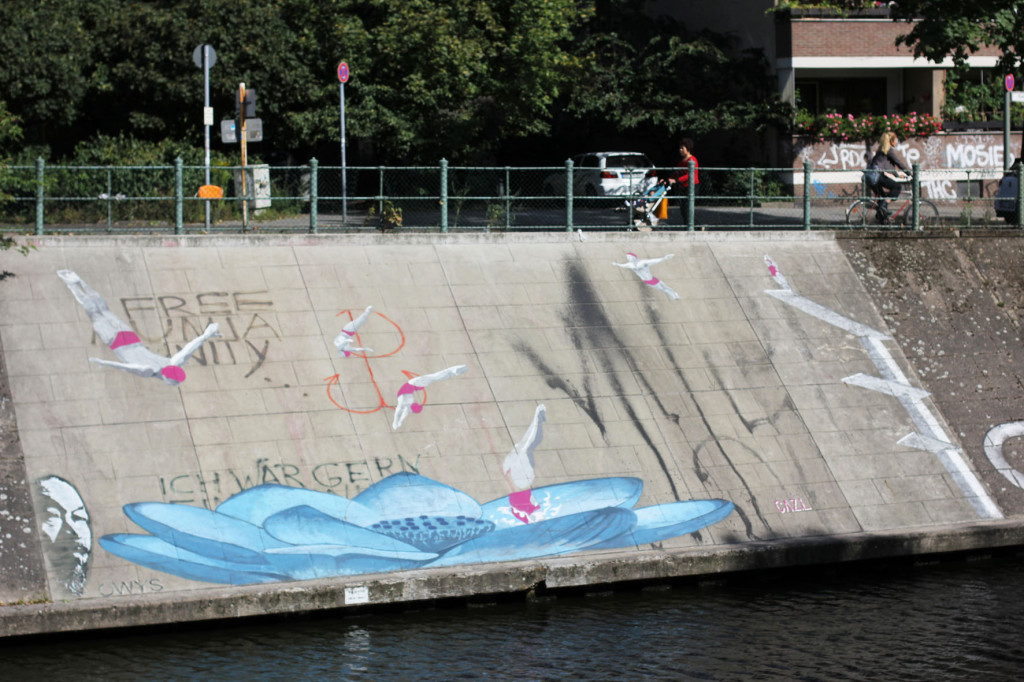 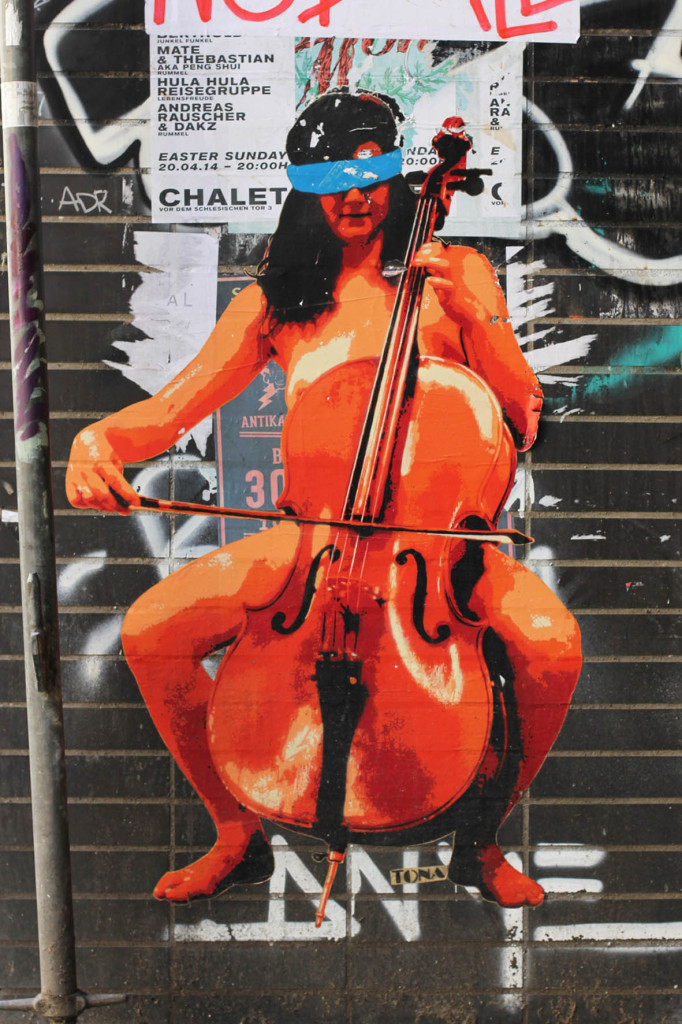 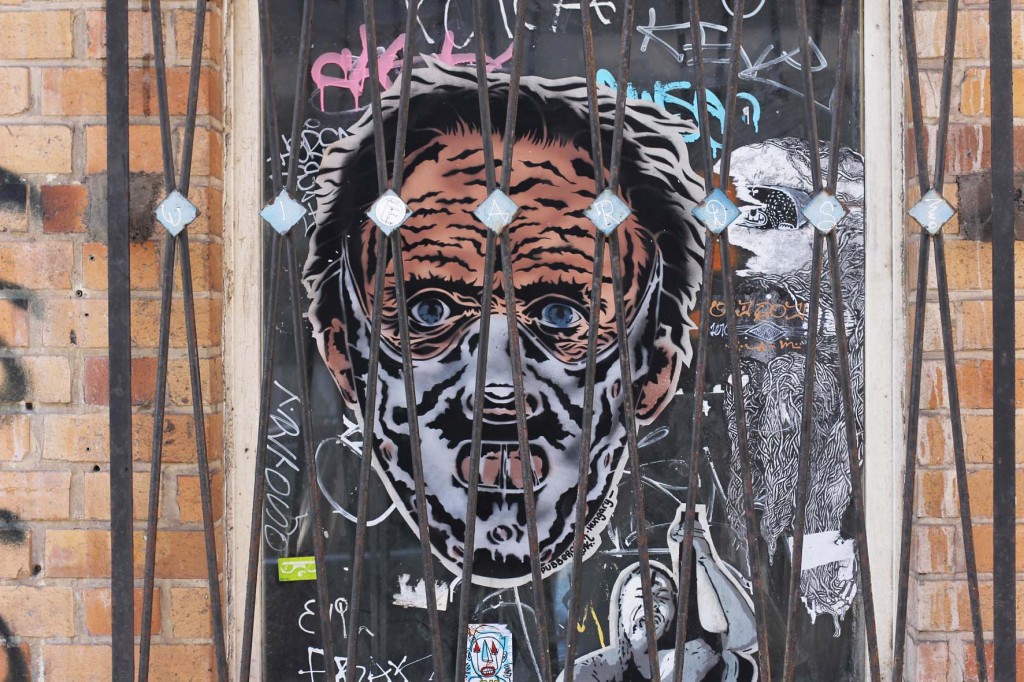 In the biography on his Facebook Page, Puberroner states, “no, I’m not an artist. I’m just a guy, who loves art.” 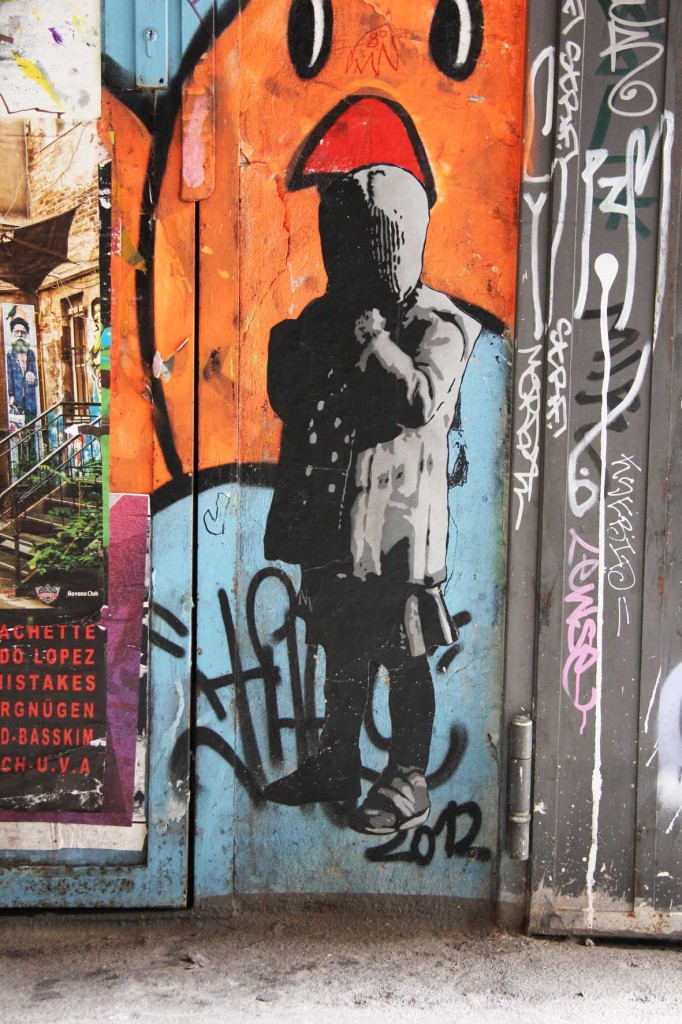 If anyone has any details about the artist of this piece painted at Platoon Kunsthalle for Urban Clash please let me know in the comments. 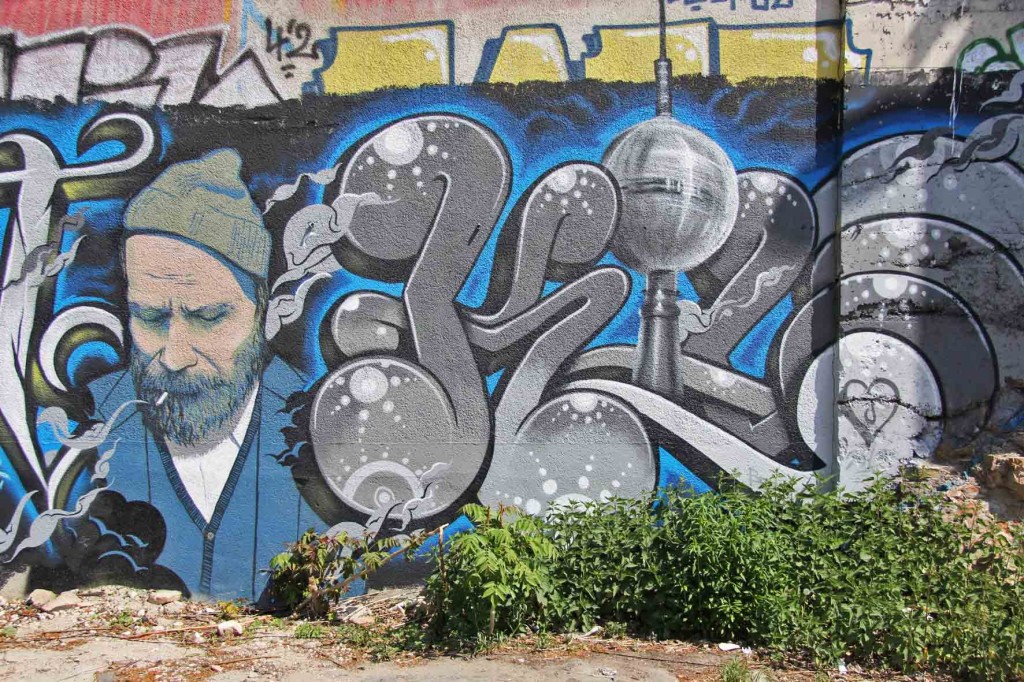