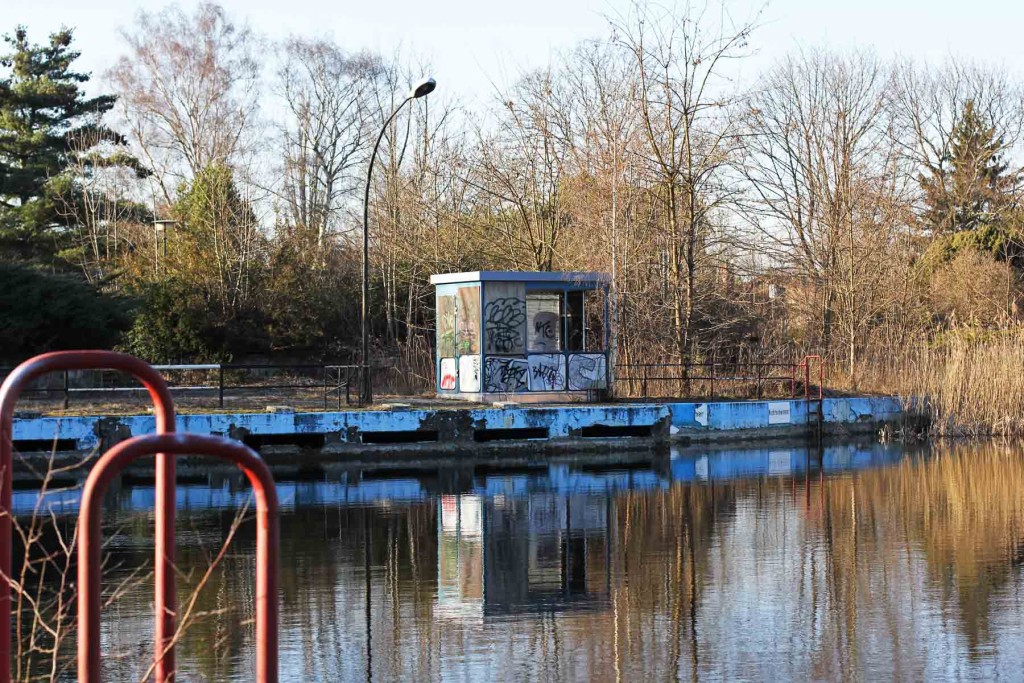 My search for forgotten and overlooked places in Berlin led me this week to Kaulsdorf and the Wernerbad (an abbreviated name for the Freibad Wernersee) where I found Knautschke, a concrete hippo, patrolling the long grass at the edge of the abandoned swimming pool. 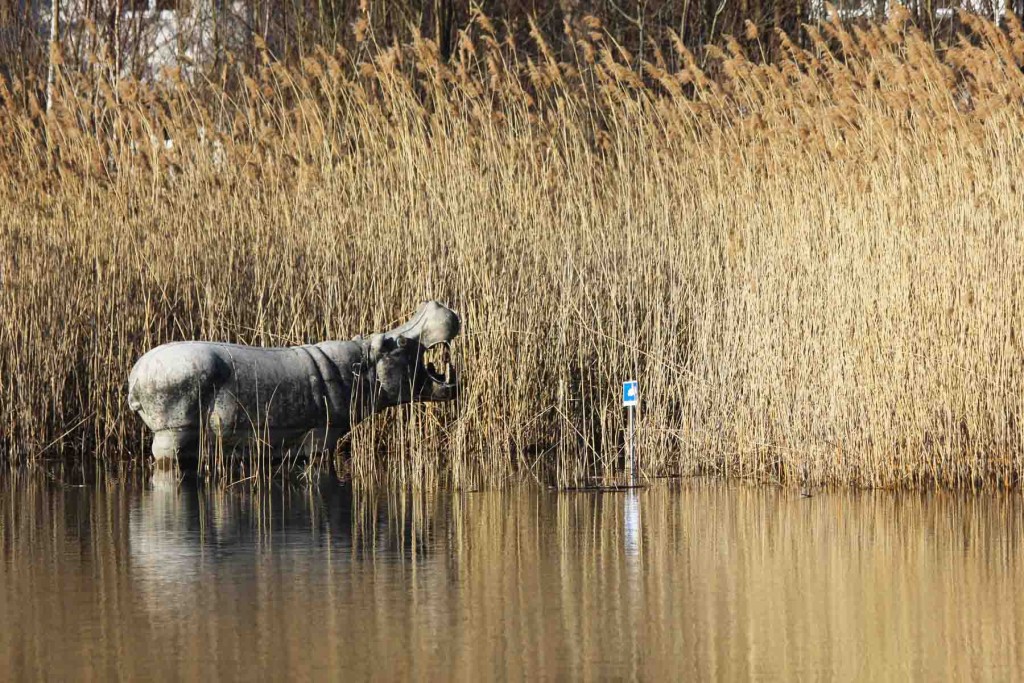 Since 2002, when the Wernerbad closed, Knautschke has had the waters of the deserted pool to himself.  Named after a popular hippo (Nilpferd or Flusspferd in German) at Berlin Zoo, the sculpture, along with a group of penguins that supervised the queues at the water fountain, was created by local sculptor Erwin Kobbert. 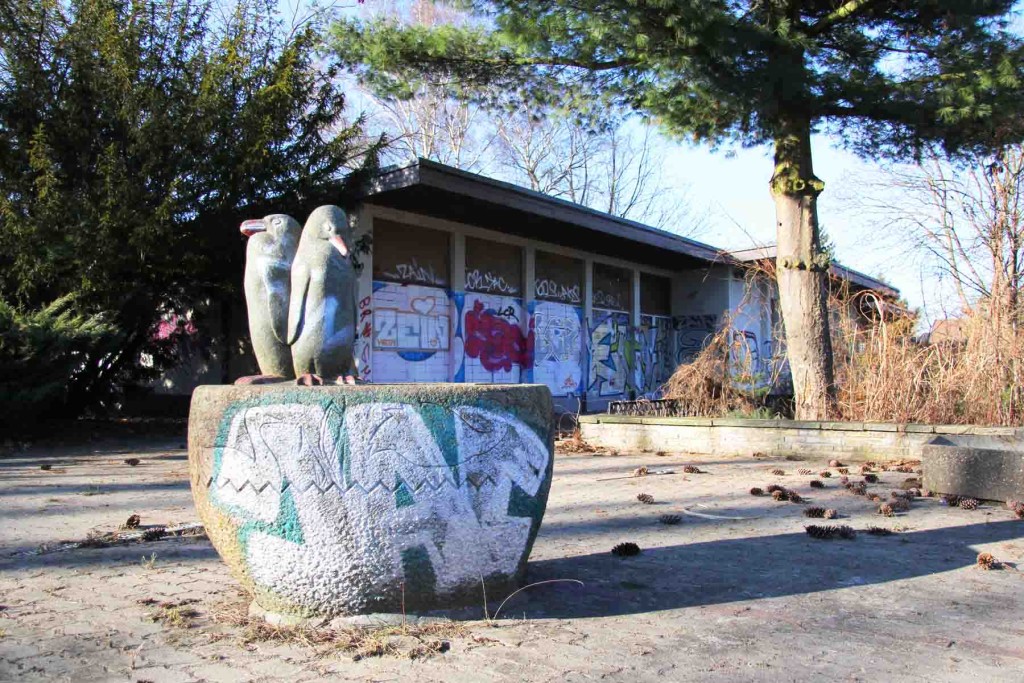 The original Knautschke was born in 1943 and survived the war thanks to the efforts of keepers at the zoo, who kept him watered after bombs destroyed part of the hippo enclosure.  Unfortunately, having survived the bombing raids, he was so badly wounded by his own son Nante in 1988 that he had to be put to sleep.

The fate of the concrete Knautschke is just one of the issues that has concerned local residents since plans to reopen the pool were shelved. 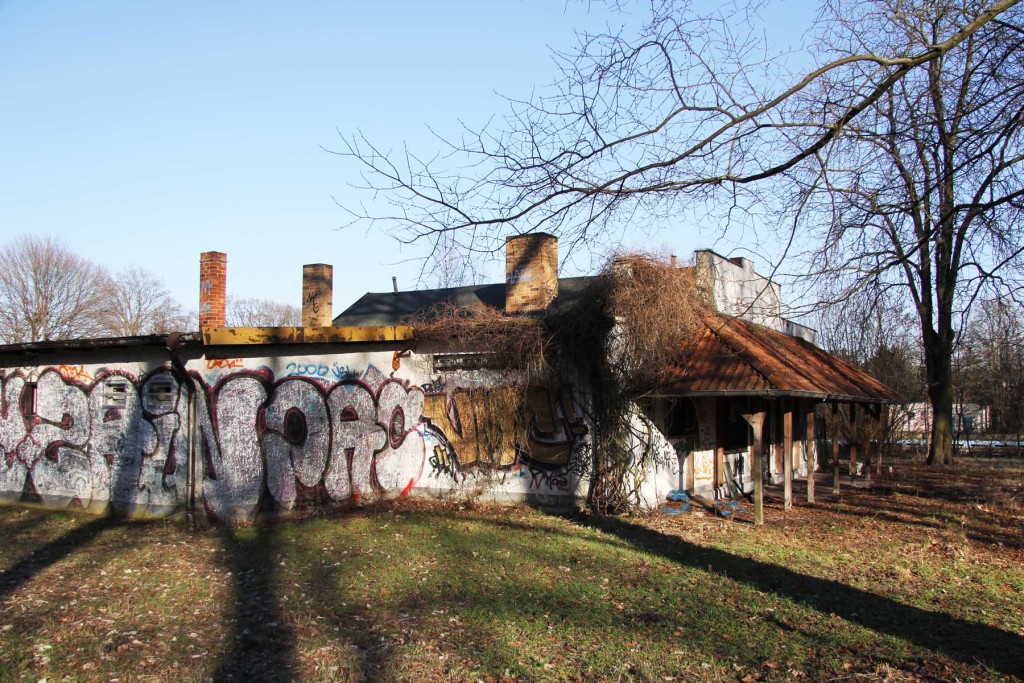 The history of the Wernerbad begins at the turn of the twentieth century when Wilhelm Werner bought the land surrounding what is now the Wernersee (previously referred to as Katzenstertpfuhl or Achtruthenpfuhl).  In 1901 he opened the Badeschlösschen, a restaurant and bathing lodge at the edge of the water, which assumed the name Wernerbad and was formally opened in 1905.

Predating the opening of the Strandbad Wannsee by two years this means that the Wernerbad was Berlin’s first open-air swimming pool (Freibad).

The ownership and running of the Freibad was taken over by the city of Berlin in 1951 and between 1957 and 1959 a 50m tiled pool was created. 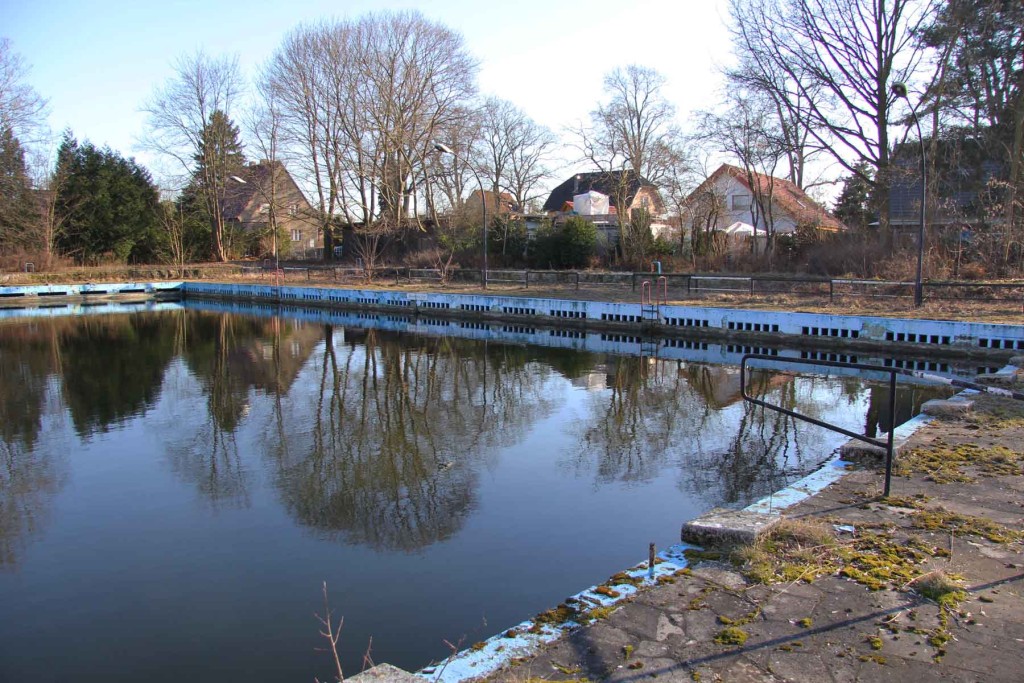 A new system was installed at considerable cost to improve the quality of the water in the naturally fed pool in 1991, which was again closed for refurbishment in 1994 before finally closing its doors to visitors in 2002 due to new concerns about the water quality. 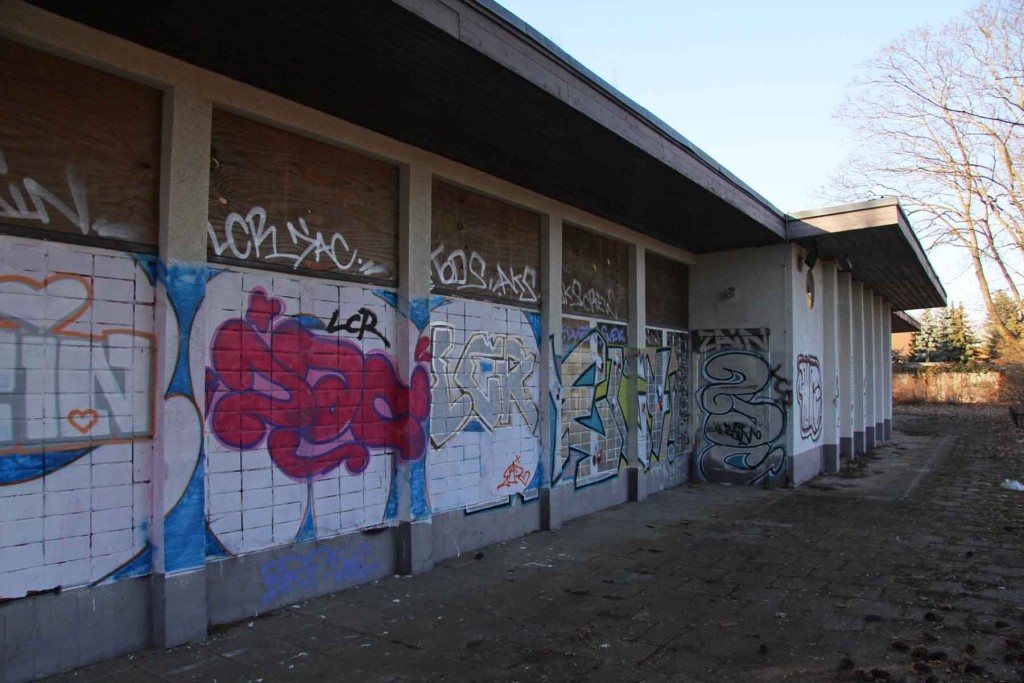 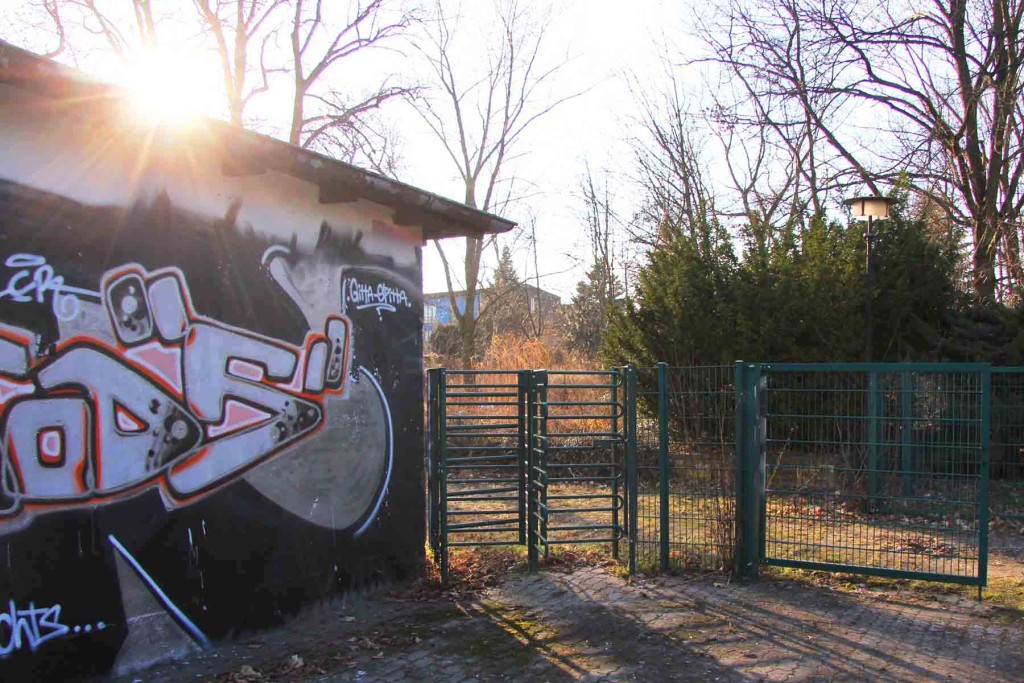 The association Freunde des Wernerbades e.V was established in 2006 with the aim of reopening the pool to the public but a number of issues meant that it was  unable to achieve its objective.  There were concerns over the lack of adequate parking, noise levels and the effect of increased traffic in the area.  In addition the overgrown pool now provides a natural habitat for wildlife.  The cost of the project also played a part as significant investment would be required to install a water treatment system capable of bringing the water quality up to current standards. 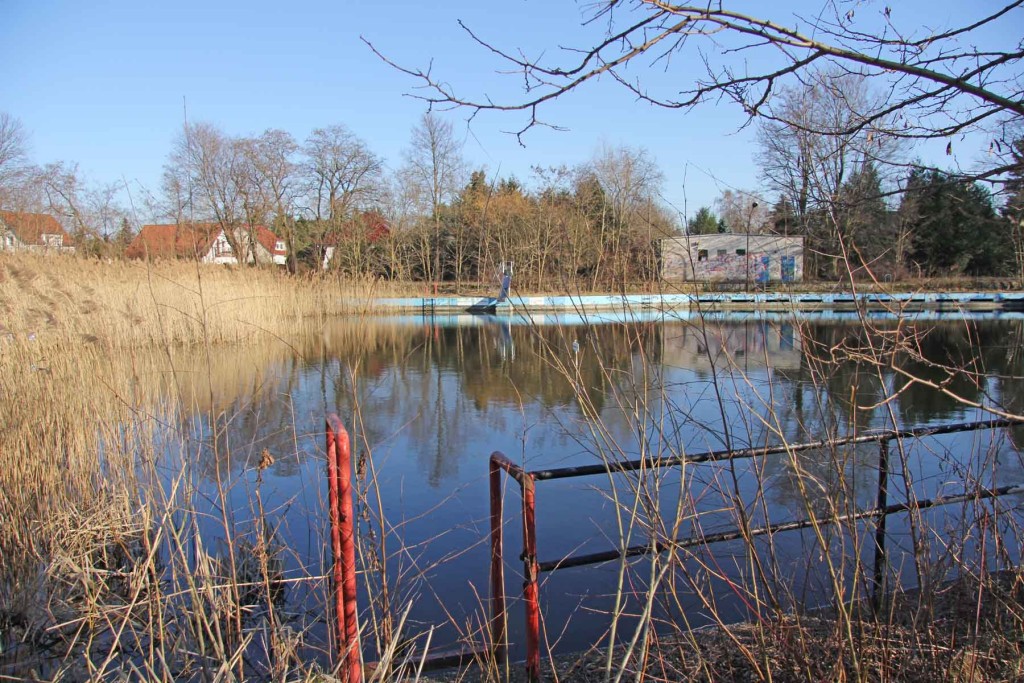 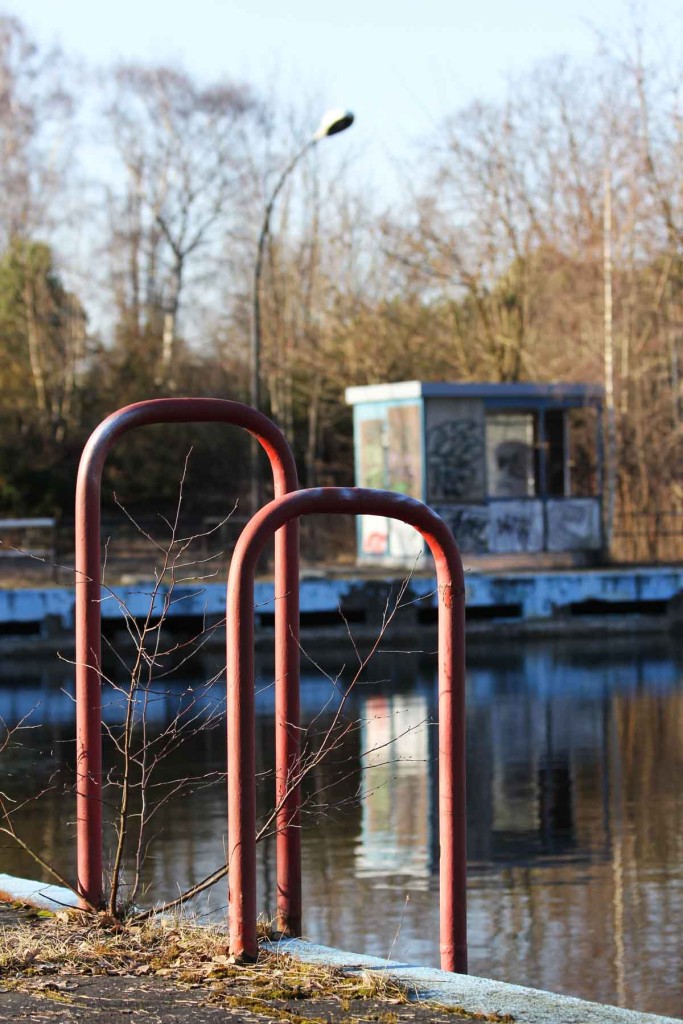 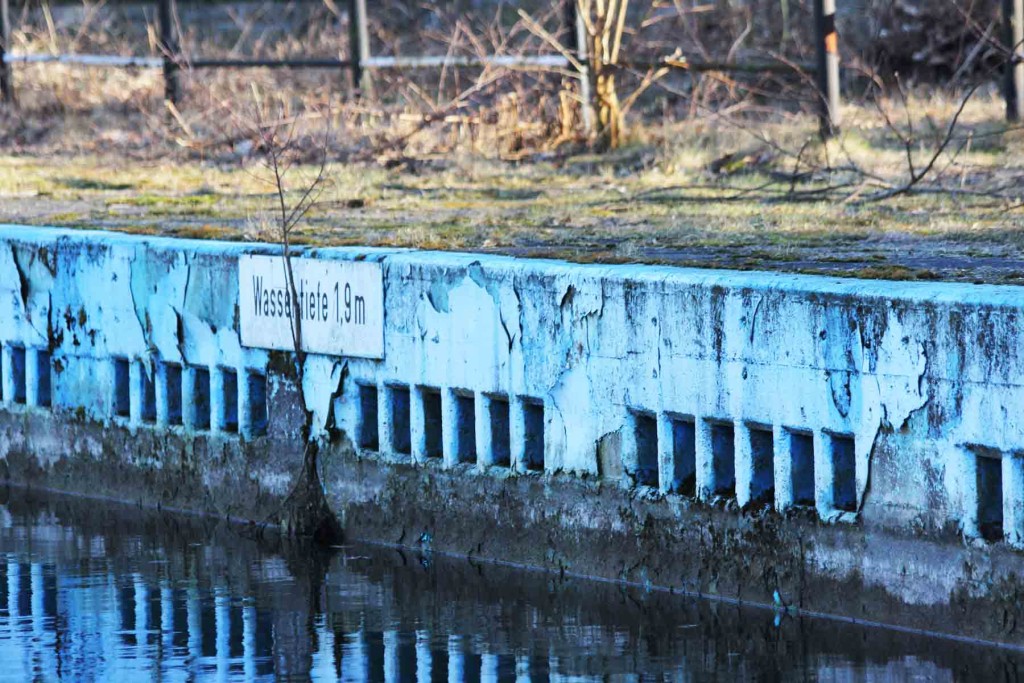 As a result, on 13 June 2013 the Abgeordnetenhaus von Berlin (the state parliament or House of Representatives) approved the declassification of the Wernerbad as a sports area.  This removes the site from the responsibility of Berliner Bäder Betriebe, the body that manages the swimming pools in Berlin, and allows for the sale of the land to an investor for development.

The latest proposal is for a home for the elderly with facilities for the treatment of dementia to take up the majority of the land.  The Eastern shore of the Wernersee will remain accessible to the public. 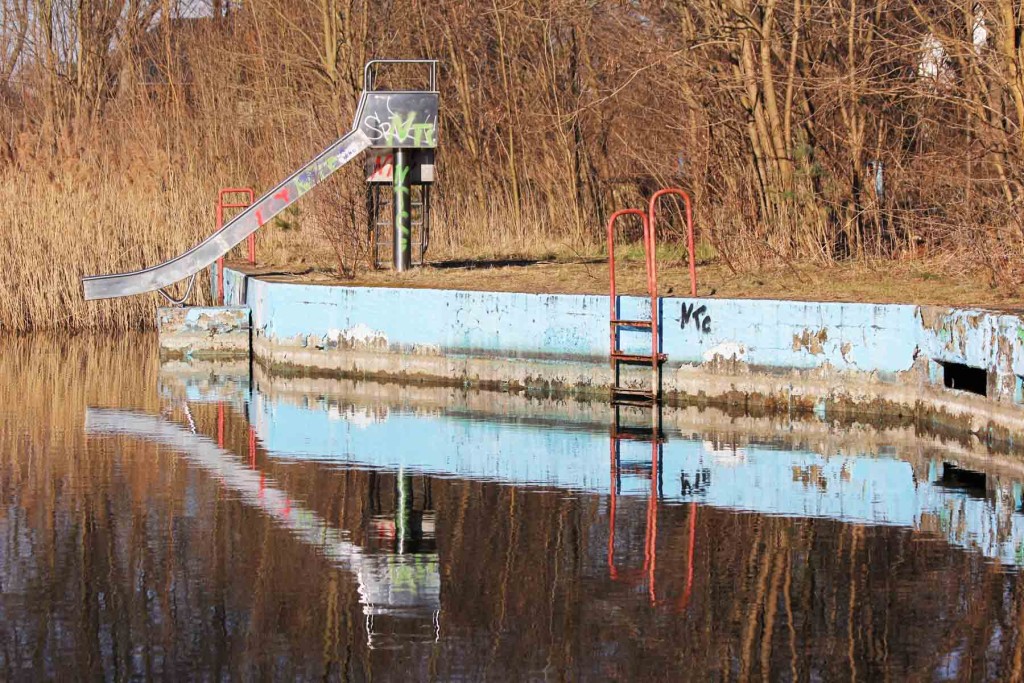 Since the closure, Marzahn-Hellersdorf is the only district of Berlin without a Freibad.  The local council has been hoping for some time to expand the Kinderbad in Bürgerpark Marzahn for adult swimming but lacked the funds to do so.  It is now hoped that some of the proceeds of the sale of the Wenerbad can be used to finance this project. 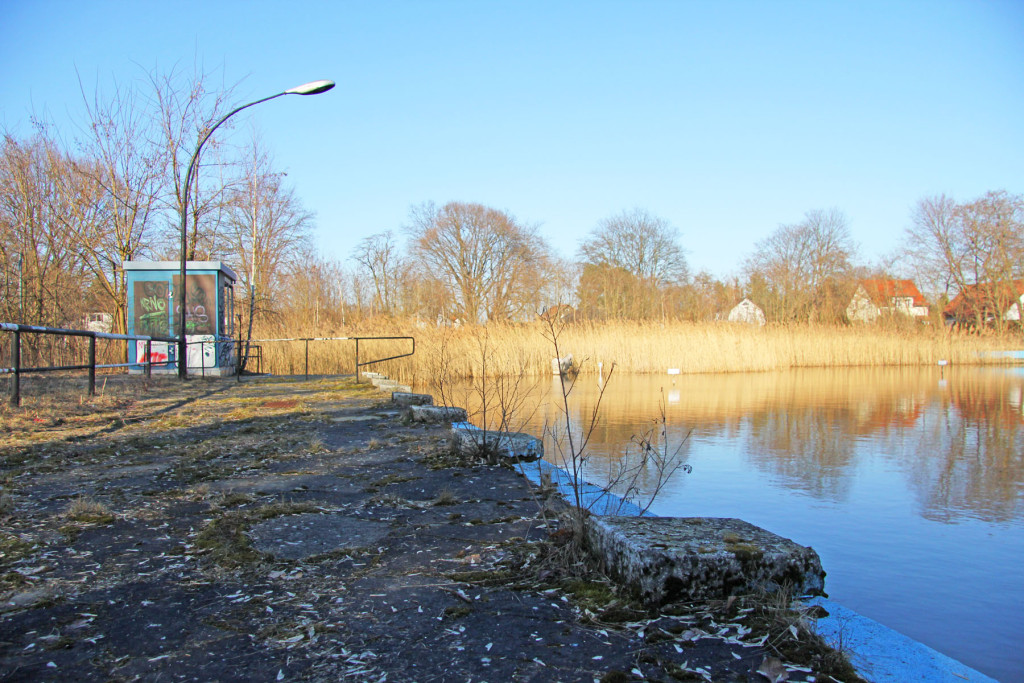 As for Knautschke, Sven Kohlmeier, the SPD representative for Marzahn-Hellersdorf in the Abgeordnetenhaus von Berlin is determined to ensure that the hippo remains in Kaulsdorf. 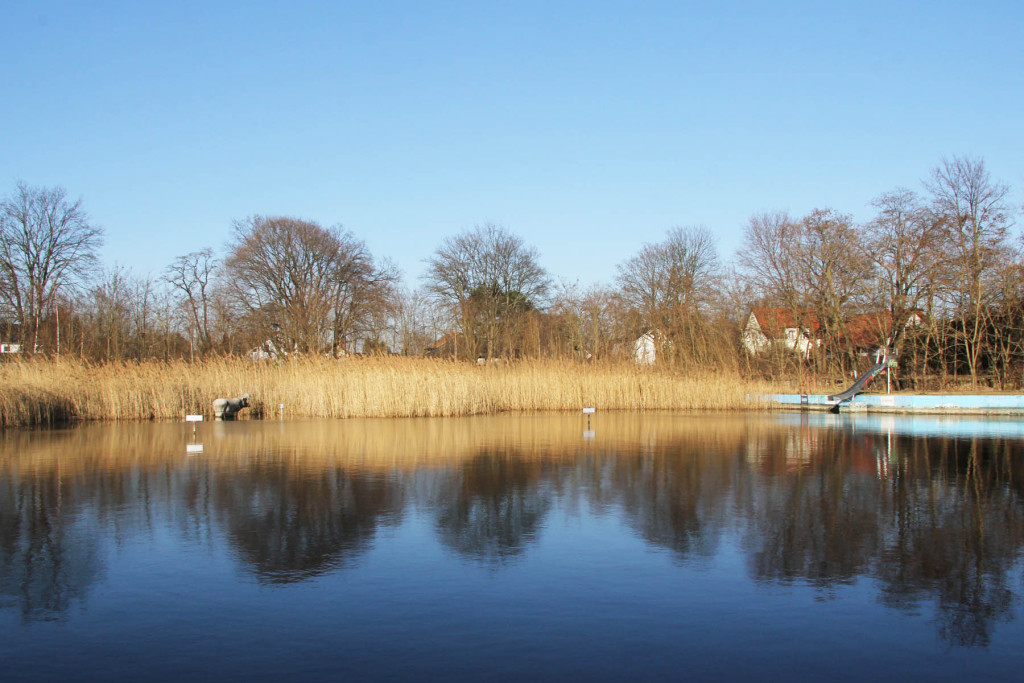 For now though, the reeds continue to grow around the roaring (or is he yawning) beast as he stands perfectly still in the dirty water of the Wernerbad, and the abandoned swimming pool in Kaulsdorf, like many of Berlin’s derelict sites and buildings is visited only by those out for a little urbex adventure.

3 Responses to Berlin Hippo Habitat Under Threat – The Abandoned Wernerbad