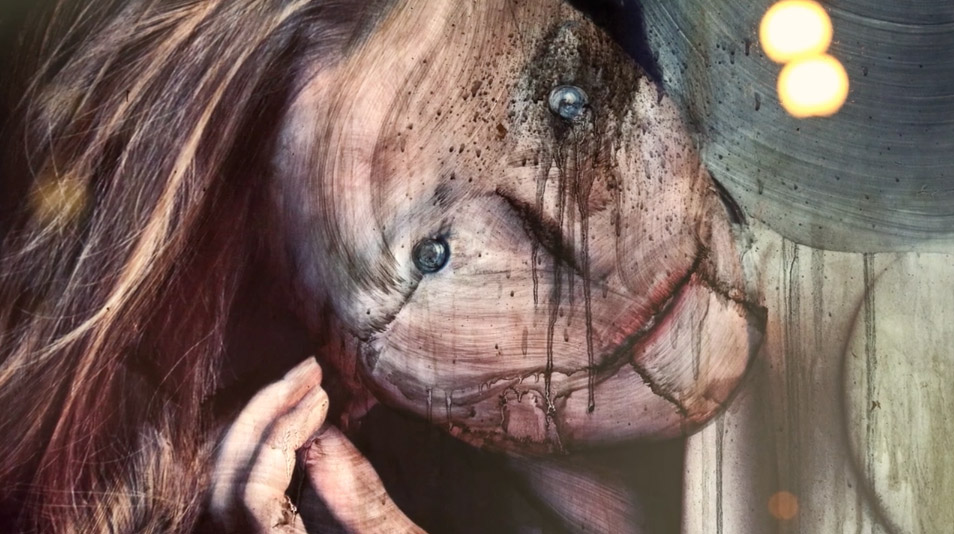 Dissolving Europe follows Berlin artist, Vermibus, who uses solvents to alter posters in his ad-busting Street Art, as he travels around Europe for his latest project, described by the artist on his Vimeo channel.

Dissolving Europe is the new public artwork that stormed Europe this year from Vermibus. Using a dubious inter-rail ticket, Vermibus set out with a set of 90 keys and his pallet of solvents to physically and temporally highjack the western world of advertisements in the name of fine art.  Each site is carefully deliberated with its environment, from Rolex boutiques, to archaic museums.  The system looks simple in movement: unlock and roll the advertising poster to create a huge blank gleaming white breath of fresh air in the urban environment. The advert then undertakes the process of counter action painting using a series of solvents and brushes.  It is then replaced in another site, another city, another country.

I’m yet to see a Vermibus piece in situ in Berlin but I did see his work at Stroke Urban Art Fair 2012 and Stattmarkt.  And for now, I’ll just keep my eyes peeled as I wander the streets in the hope of seeing the real thing.