An interactive exhibition is ideally suited to Berlin, a city overflowing with creative people, and that is what Olympus has created with the Olympus OM-D Photography Playground, which opened at the Opernwerkstätten last night.

The Opernwerkstätten, built between 1939 and 1941 with some involvement from Albert Speer, used to house the workshops of Berlin’s many opera companies.  It was here that the sets were built and costumes made.  Visiting during the installation of the new exhibition gave me the opportunity to appreciate the space.

Olympus turned over 7,000 m² of the building to a group of artists to create site-specific installations on the theme ‘Space and Art’.   Between them, Jeongmoon Choi, Martin Butler, Shan Blume, Starstyling, Numen / For Use, Julian Charrière, UnitedVisualArtists, Tim John and Sven Meyer & Kim Pörksen, Speech and Zimoun have created a stimulating playground for the senses.

Visitors are invited to explore the space and document their experiences with the Olympus OM-D camera which can be rented free of charge.  The memory card is removed from the camera when it is returned and can be taken home. 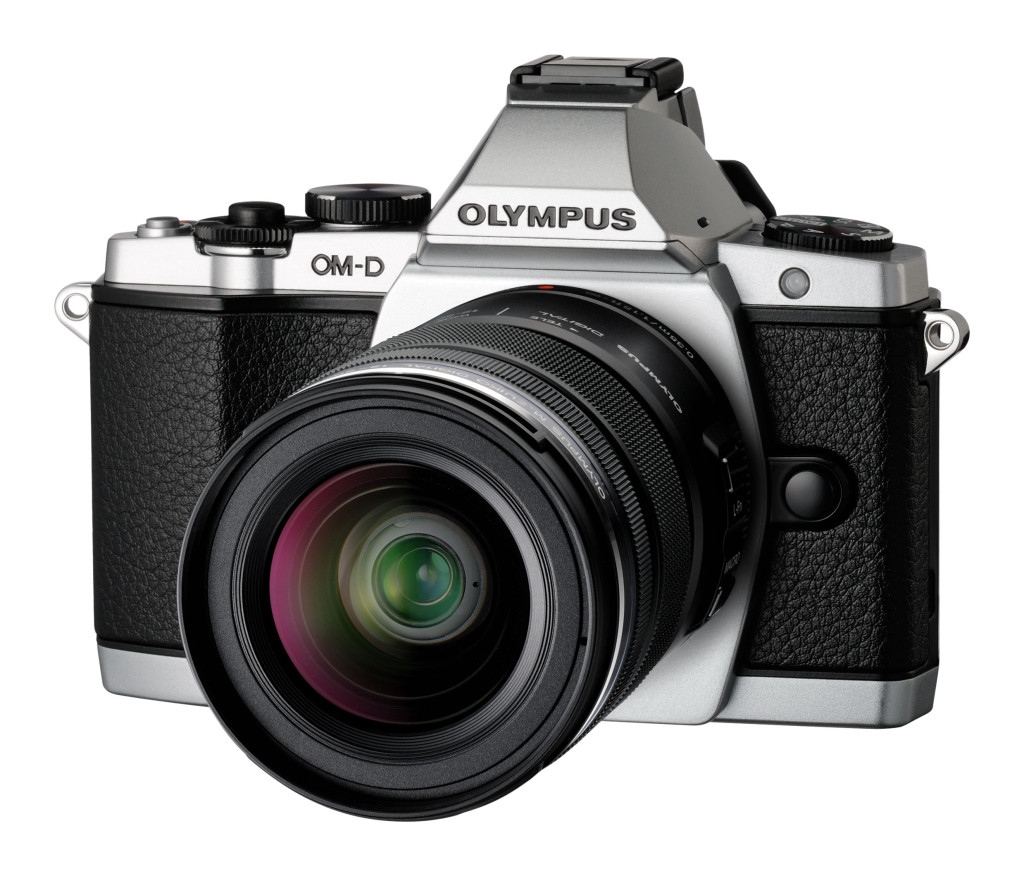 Warning: You will need ‘proper’ identification (for those without a National Identity Card, a passport) to borrow one of the cameras.

Unfortunately, my UK Drivers Licence wasn’t acceptable so I can’t tell you any more about the Olympus OM-D, except that it looks good.

It was clear that those people who did get their hands on the camera were enjoying the experience though – everywhere you went people were snapping away.

And why wouldn’t they?  The installations have been cleverly conceived and constructed to play with light, sound and perception and make ideal subjects or backgrounds for photographs. 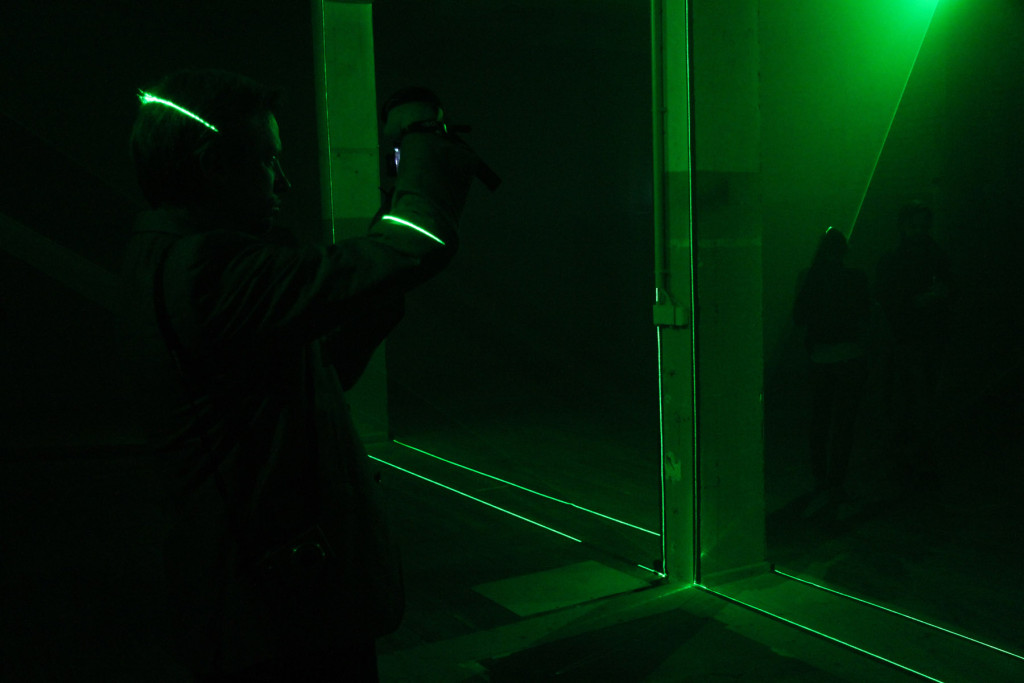 Amongst my favourite installations was Drawing Space by Korean artist Jeongmoon Choi.  The simple but effective use of UV light and string created a myriad of geometric patterns that were visually striking and different from every angle.

Another outstanding contribution was Tim John’s ‘Was war gestern’ (What was yesterday).  I spoke to the artist while he was creating the artwork and it was important for him to create an experience with his installation.  Echoing the building’s past he has created a stage and set, complete with audience in their boxes.  A number of ‘pointing fingers’ direct visitors to the interactive elements.  The crank of an old gramophone, for instance, must be turned to start the show.

A fun, interactive, sensory experience this is what all exhibitions should be.  The Olympus OM-D Photography Playground has returned in 2014 and is open daily 11:00 to 19:00 at the Opernwerkstätten, Zinnowitzer Strasse 9, Berlin until 25 May 2014 – entry is free.

Heart Dropping
Art in Berlin – A report by Monocle Magazine