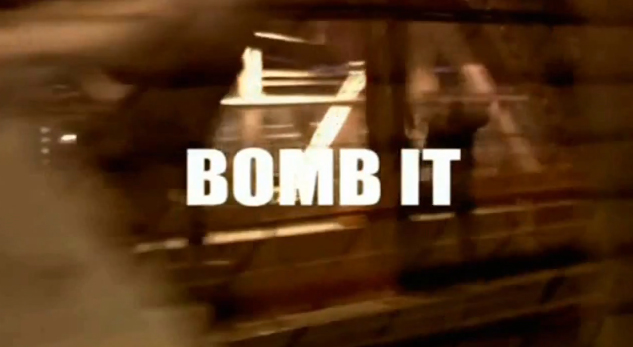 Photo: Still from ‘Bomb It’

John Reiss’s Graffiti and Street Art documentary, Bomb It traces the development of the movement from the early writers in Philadelphia and New York to the adoption of Street Art imagery in mainstream advertising and exhibitions in galleries.

Berlin features along with other cities with an Urban Art heritage and by talking to artists active in these places the film examines the roots of the culture and different motivations of the players.

Reiss also speaks to the people who are trying to buff and arrest their way to ‘cleaner streets’.

Bomb it is a must see documentary for Street Art and Graffiti enthusiasts.

Stolpersteine 198 – 203
Berlin Songs: Robots In Disguise – I Live In Berlin