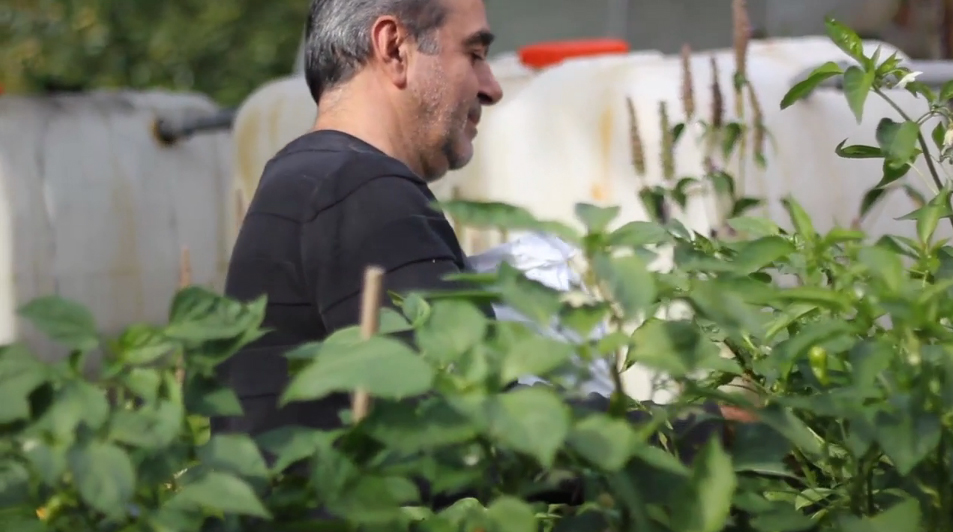 The Prinzessinnengarten (Princess Garden) is an urban garden on the side of a busy roundabout a few steps from the U-Bahn station at Moritzplatz in Berlin Kreuzberg.

In 2009, Nomadisch Grün (Nomadic Green), the brainchild of Robert Shaw and Marco Clausen, leased a patch of wasteland in order to realise their vision of a green space in the heart of the community.  The idea was born out of a trip Robert made to Cuba, where he saw similar spaces where people would gather to work, learn and relax.

In 2012 the Prinzessinnengarten faced the threat of closure.  The Berlin Property Fund was tasked by the Berlin Senate to find a buyer for the city-owned plot of land where the garden is based.

Nomadisch Grün sought to engage with the Berlin Senate to discuss the future of the project and collected 30,000 signatures on a petition to keep the Prinzessinnengarten open.

Thankfully, in this instance the Senate saw sense.  On 14 December 2012, The Berlin Property Fund agreed to return the land to the borough and the threat of closure was averted.

The Prinzessinnengarten still needs your help though.  The initiative does not receive any government backing and is funded by donations and sales of its produce.  The Let It Grow! campaign was launched to secure the funding needed to continue the good work and to provide more workshops and assist with community projects.

A crowdfunding page has been set up on startnext and so far €6,790 of the €22,000 target has been pledged.  The nature of startnext means that if the full target amount is not pledged by the closing date of 18 February 2013 all amounts will be returned to the donors.

In the following interview from the upcoming documentary Promises of Urban Agriculture, filmed at a time when the Prizessinnengarten was under threat, Marco Clausen, a co-founder of the garden talks about how the project got started and his visions for its future.

The Prinzessinnengarten is currently on its Winter break but during the gardening season (from April 2013) a café and bar on the site sells food and drink made from the garden’s produce from 12:00 to 22:00.  On a summer’s evening it is a great place to sit with friends in a relaxed but buzzing atmosphere.