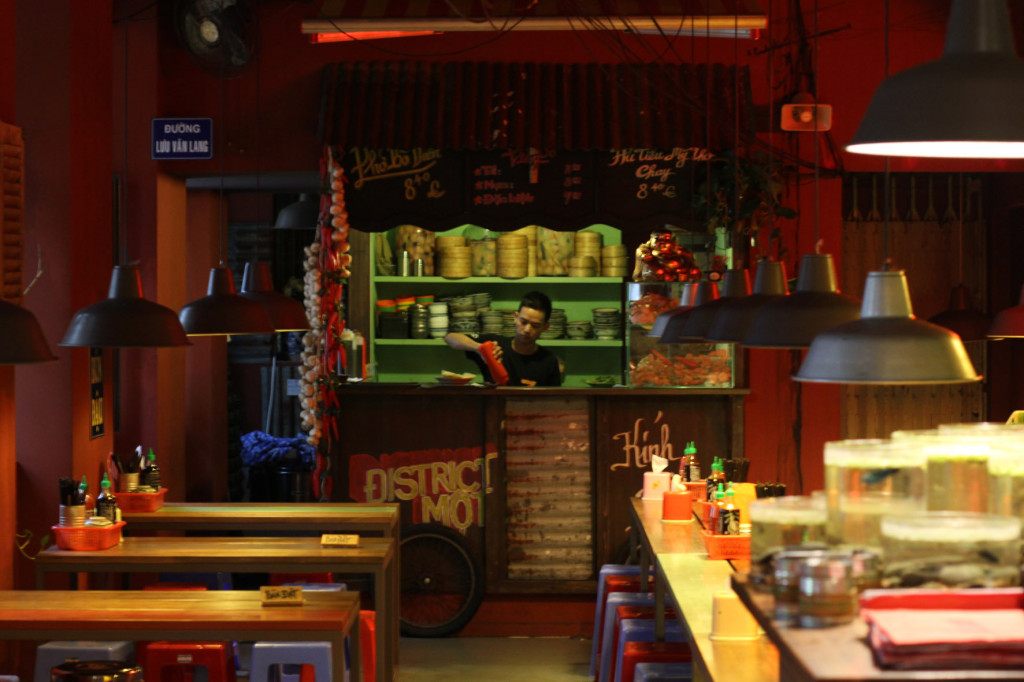 Like everyone else in the city it would seem, I’m always on the lookout for Berlin’s Best Burger so when I saw that the Bao Burger ‘De La Sauce’ from District Mot (or District Một) was the three times winner of the Burgers and Hip Hop event organised by Stil in Berlin, I had to try it.

Street Food is one of the buzzwords of the moment and though I’ve never been to Vietnam, it’s obvious that the whole restaurant has been decorated to resemble a Saigon street market – quirky but stylish.  Corrugated panels, a backlit wall made from beer bottles, lanterns, a light made from a plastic fuel container and the coloured plastic stools are among the memorable features of the standout interior. 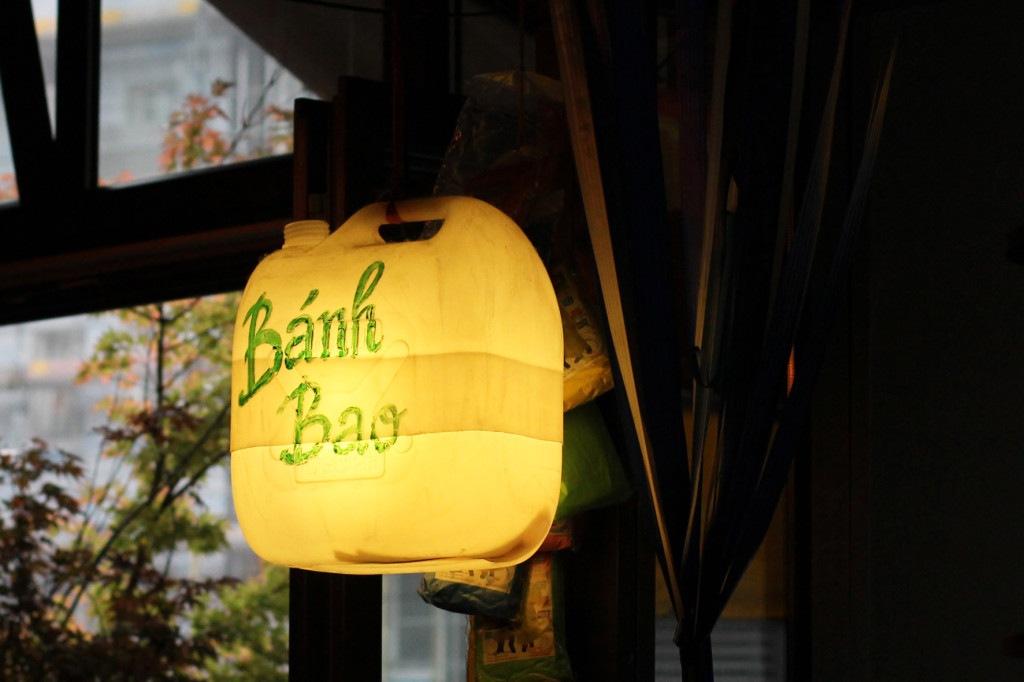 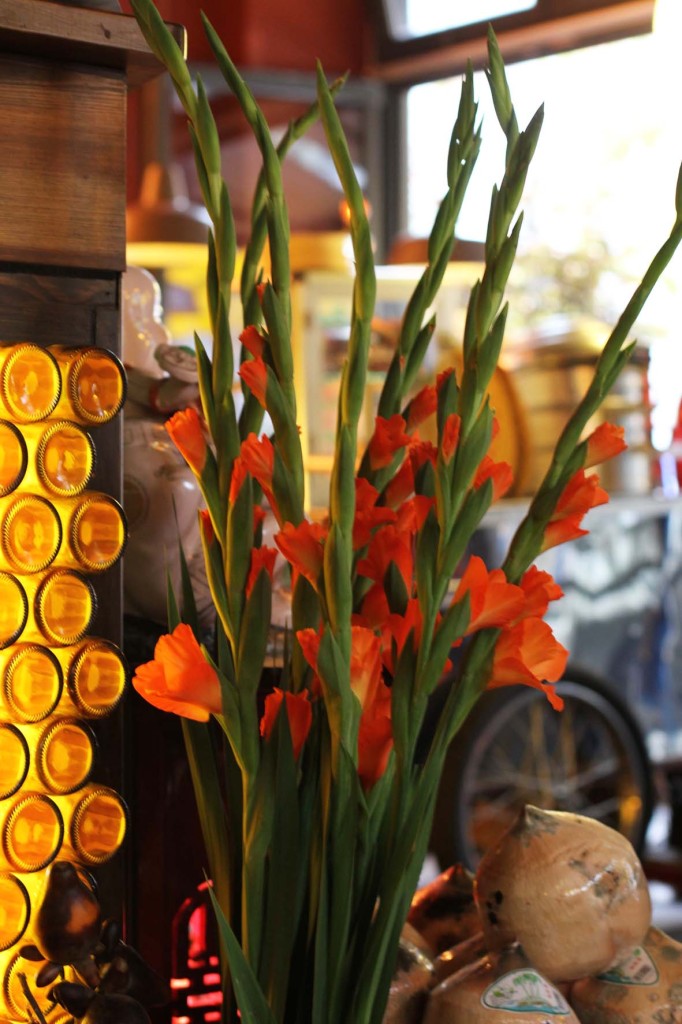 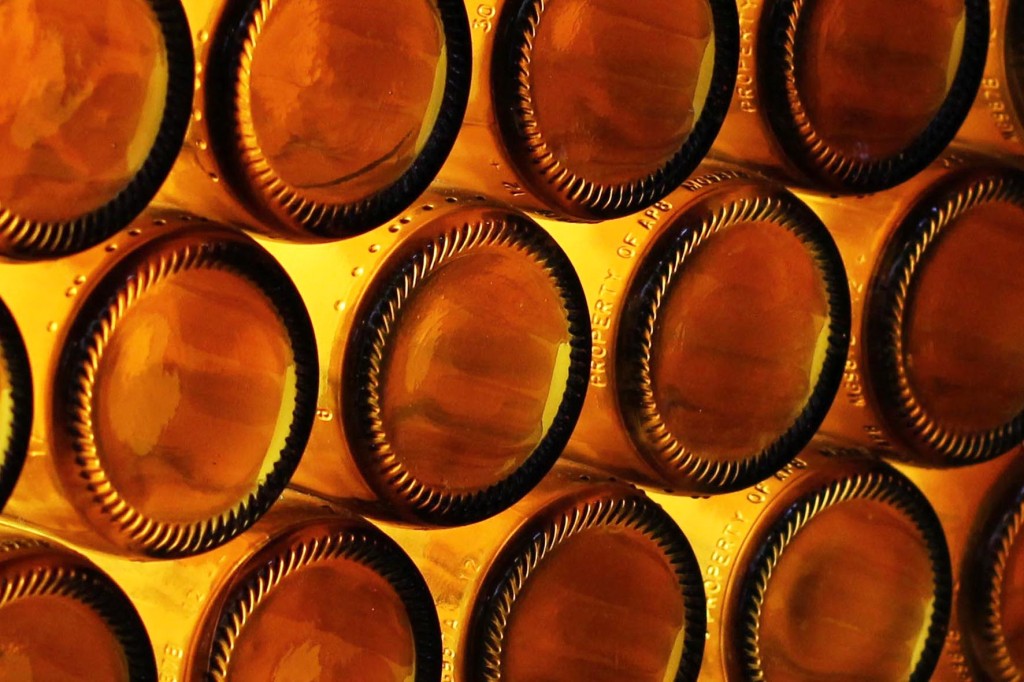 I found it a little strange that we were seated with a lone diner when there were so many free tables in the restaurant but this may be an attempt to replicate the authentic street dining experience.  Other diners, I noticed, also found this unusual and asked for a table to themselves.

As my main objective was to try the burger, I had to resist the temptation of lots of other dishes on the menu, though I’m not sure I’d like to try the Nhộng chiên bộ (deep-fried silkworm, buttered) and the other items in the ‘For The Exotic Tongue’ section.

I chose the Khoai lang chiên (crispy deep-fried Sweet Potato with dip) to accompany my burger and Steffi plumped for the Summer Rolls as a starter. 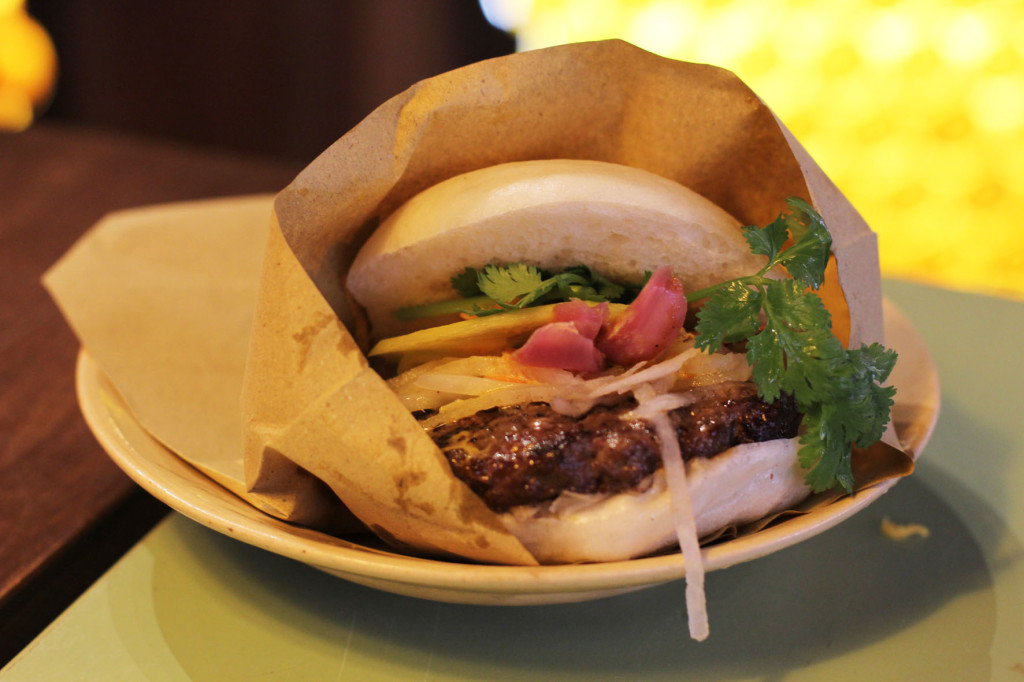 Reading the long list of ingredients, the one thing I wasn’t sure about was the slice of mango. I’m not a fan of ‘sweet and sour’, in fact I have what borders on an aversion and so I wasn’t sure how I’d react to fruit on my burger.  I was very pleasantly surprised – I thought it gave the De La Sauce a balanced and distinctive flavour.

Our food arrived quickly but as we were eating before 18:00 on a Friday evening the restaurant wasn’t busy. 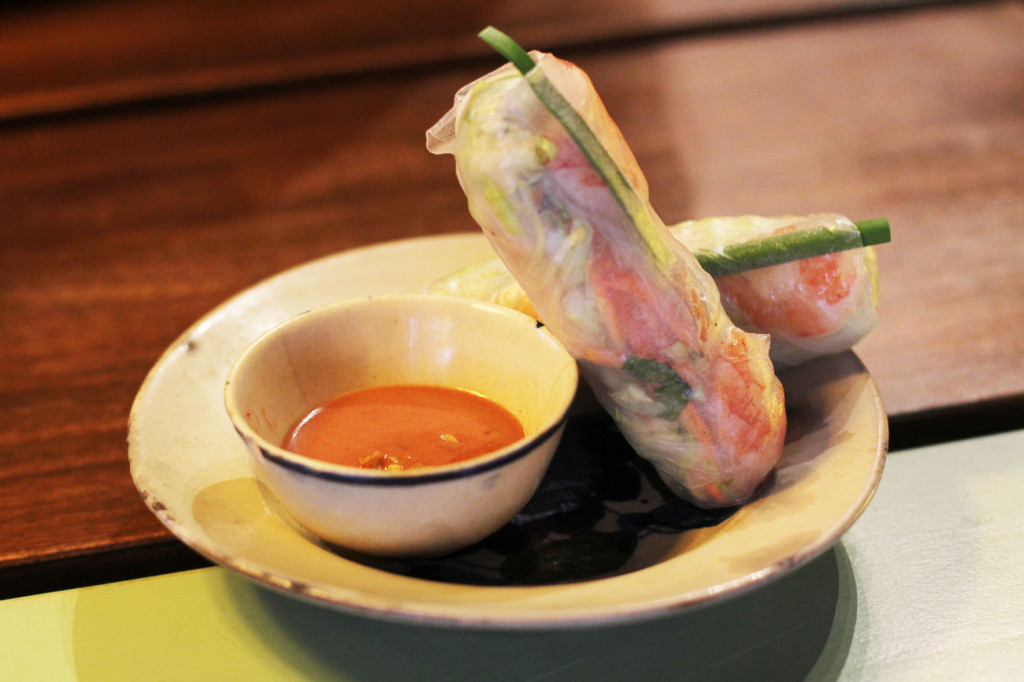 The Summer Rolls were good but not able to beat the flavour of Steffi’s favourites at Viet Village, just down the road from District Mot. I was surprised when the Sweet Potato, which was tasty but a little greasy, was round rather than cut as chips/pommes/fries. 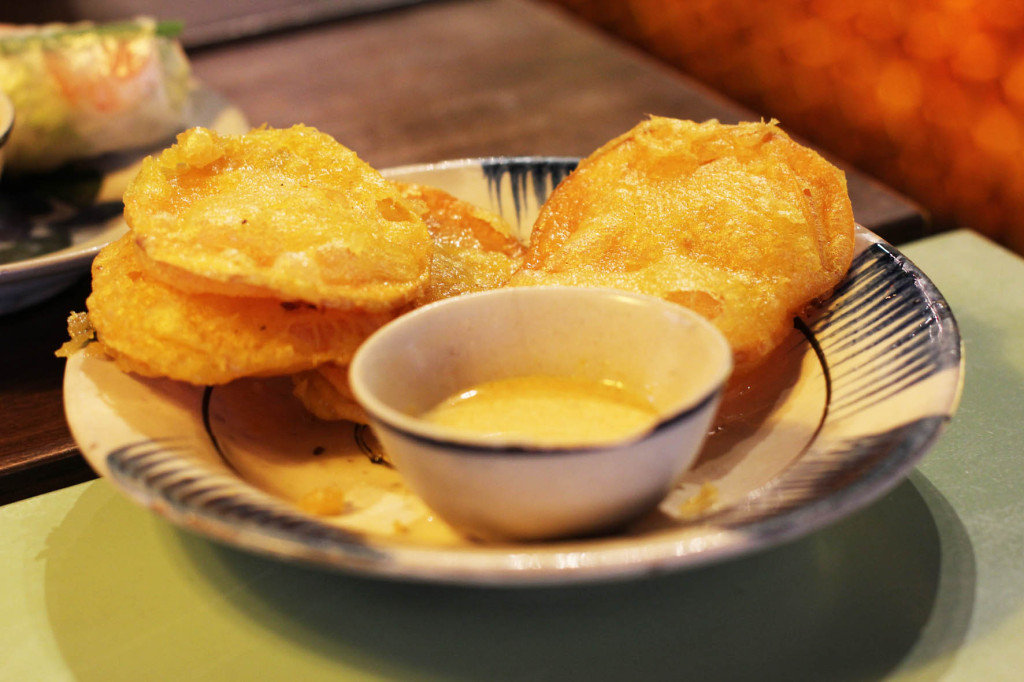 Overall, I would say that the food at District Mot was very good – the De La Sauce, is currently set for a place on an upcoming best burgers in Berlin post – but thought that it was a little overpriced.

One Response to District Mot – Saigon Street Food in Berlin