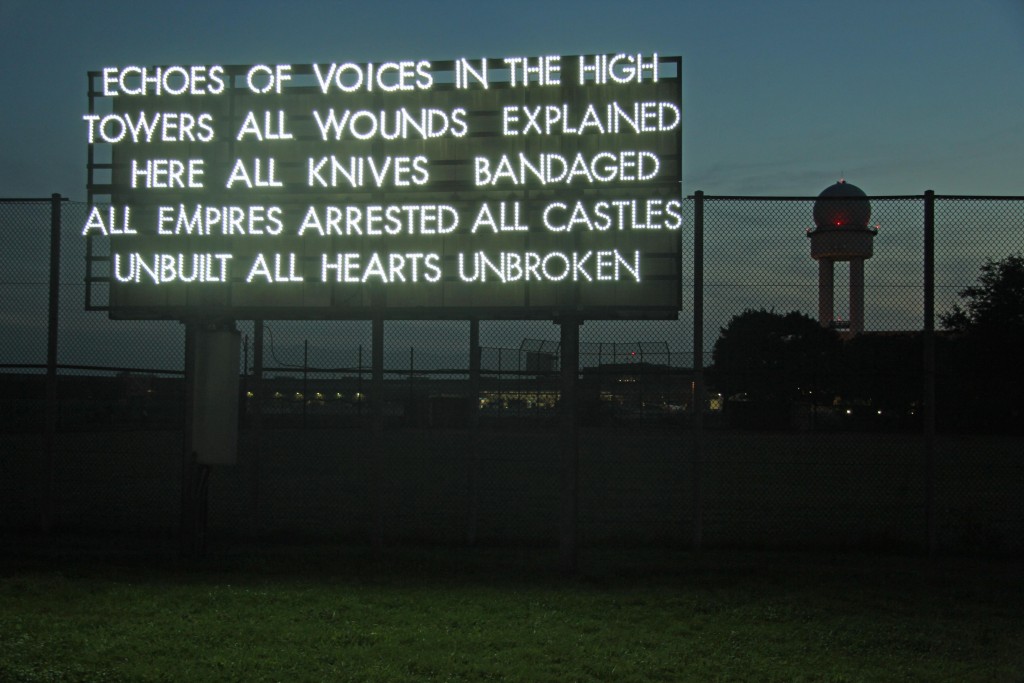 Robert Montgomery’s poems, displayed on billboards, appear in the urban environment and therefore must surely constitute Street Art but they are so different from the most popular forms of the genre that they really stand out.

When I read a blog post on Little Thoughts about a number of his works on display in the grounds of the former Tempelhof Airport I had to check them out.

So last Friday I walked along Columbiadamm from Platz der Luftbrücke and took photos of the billboards. 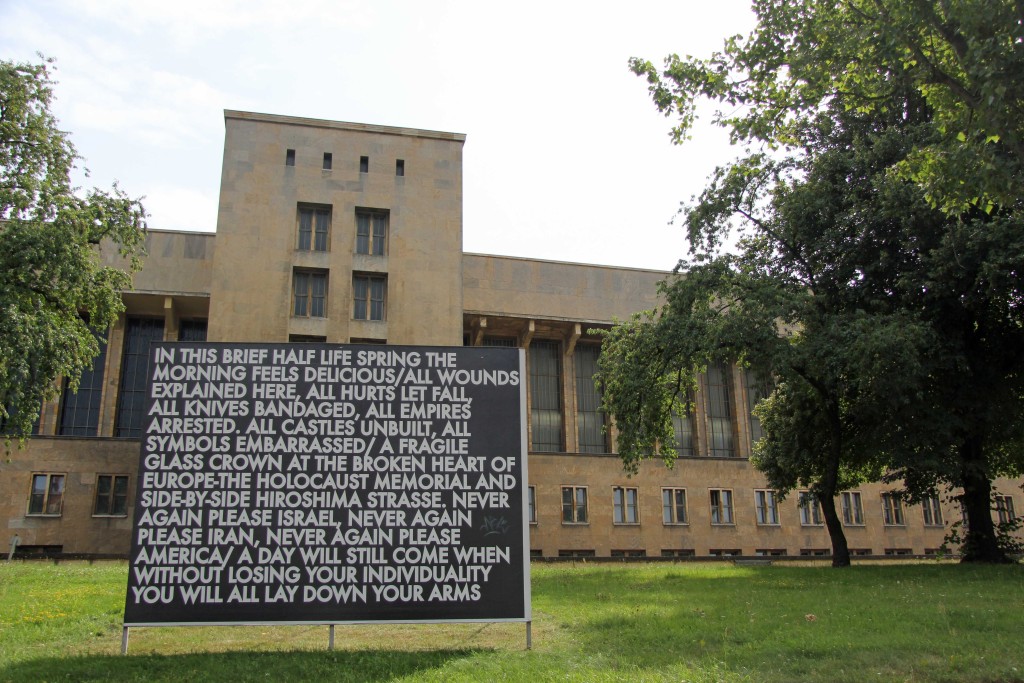 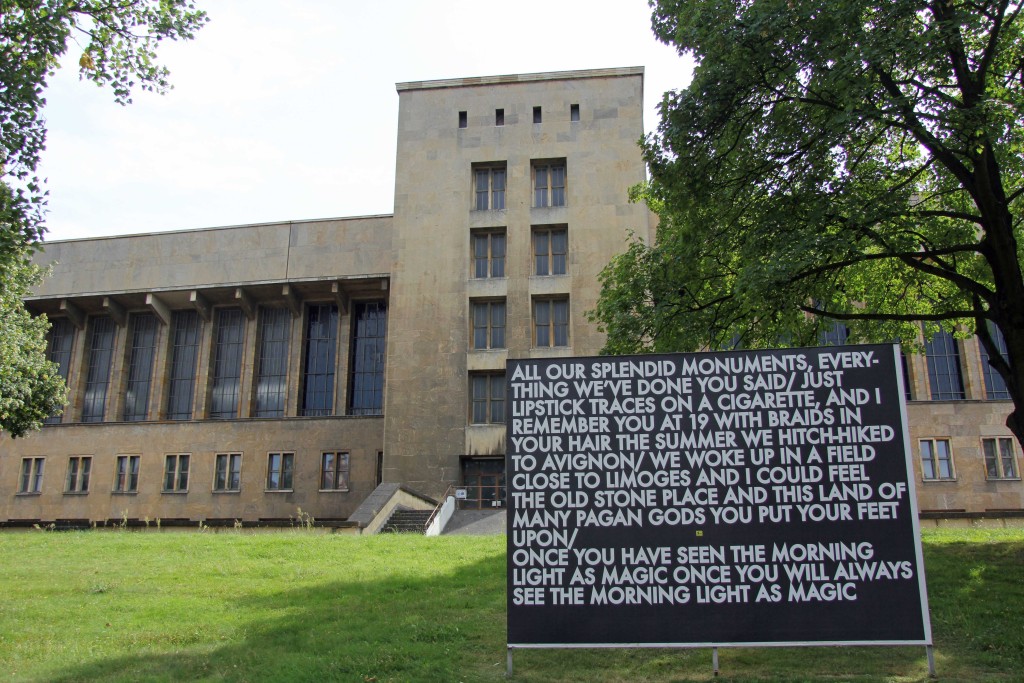 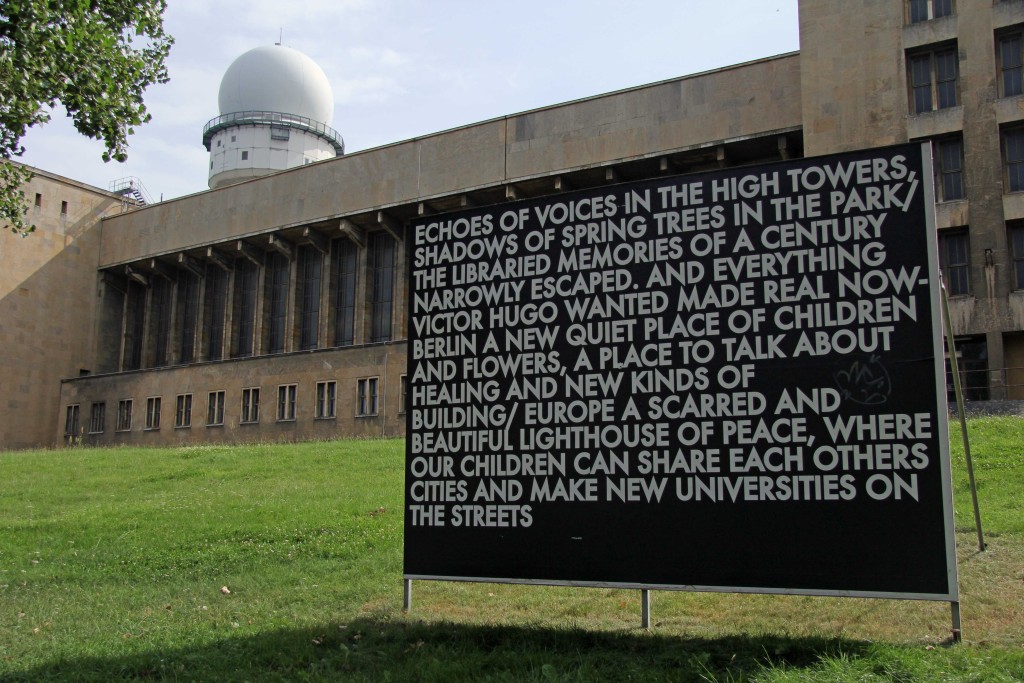 When I realised that the poems on the reverse of the baseball scoreboards were written in LEDs I briefly debated waiting at the Tempelhofer Freiheit until nightfall.

I had a beer at the Biergarten nearby and enjoyed some summer sun and decided it was better to go home for a while and return later. 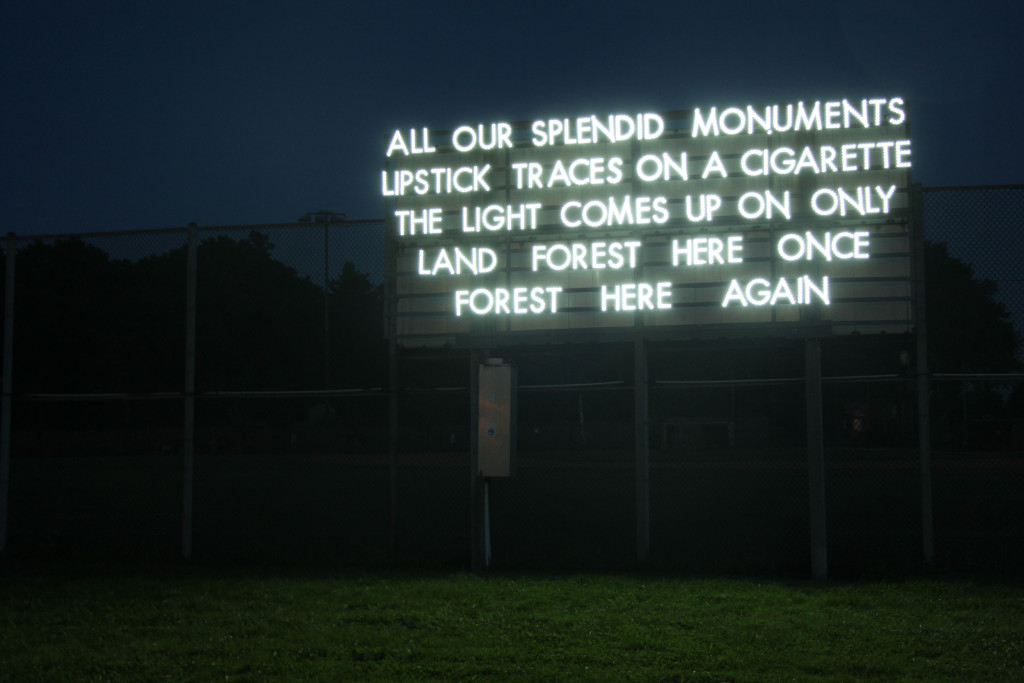 I think it was well worth making the trip twice.

Presented by Neue Berliner Räume, as well as the installations at Tempelhof, there are 20 other billboards across Berlin and a Robert Montgomery exhibition at Stattbad Wedding from 15 September to 13 October 2012.

Sunset Over Berlin: The view from the Park Inn on Alexanderplatz
PHiA Loves KAYA