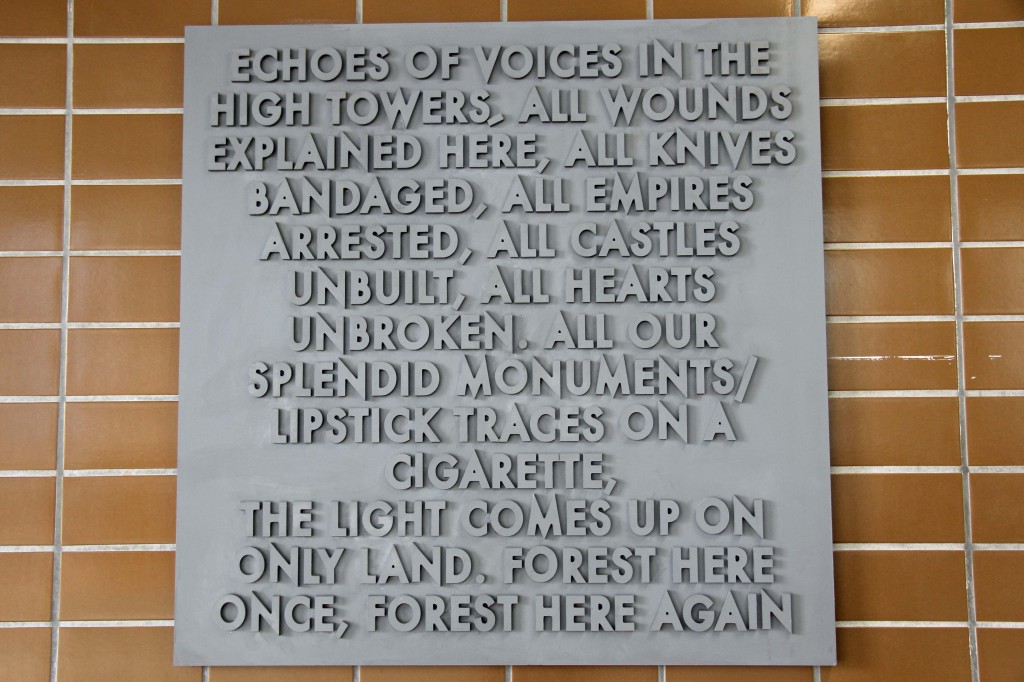 Robert Montgomery’s billboard installations for his Echoes of Voices in the High Towers exhibition have to be one of the more unique Street Art styles that I have seen in my time in Berlin.

Ironically, Robert Montgomery is British but it wasn’t until I came to Berlin that I got to see any of his work.

I first saw his billboards and light installations in Berlin in the summer and then read about a show at Stattbad Wedding and more billboards in the pipeline on the Neue Berliner Räume website.

I went to Stattbad Wedding a couple of weeks ago to see the show there.  Here are a few of the pieces. 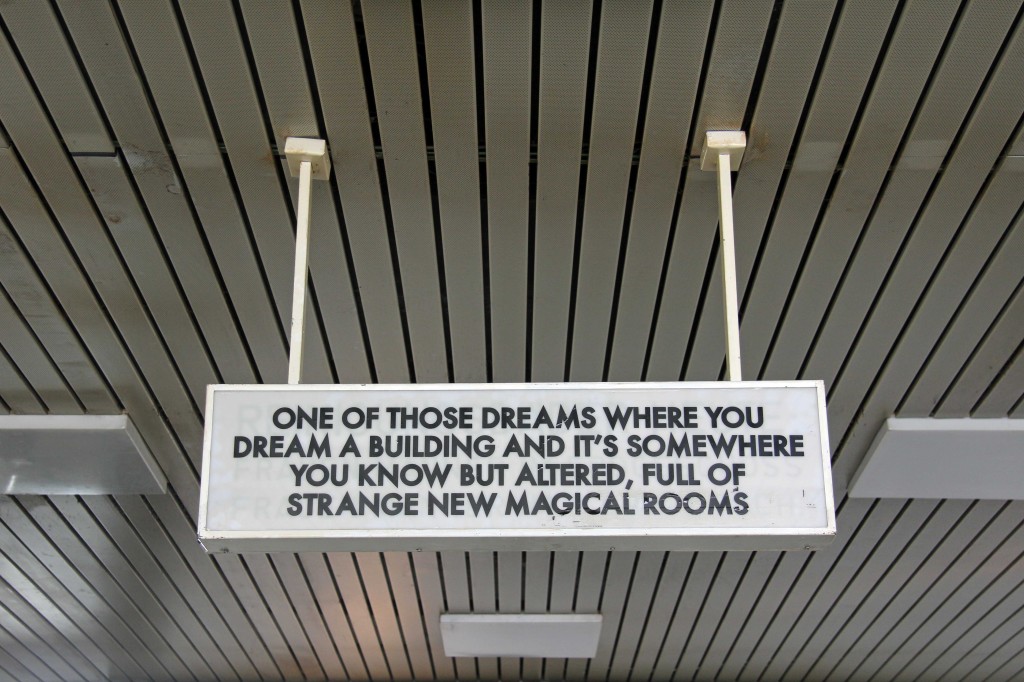 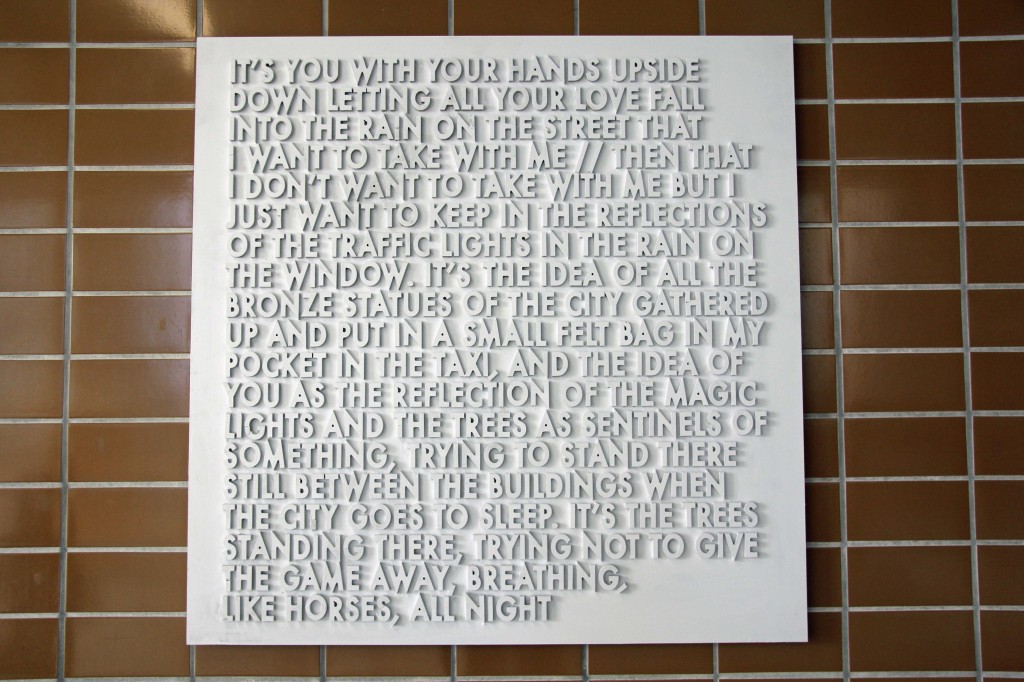 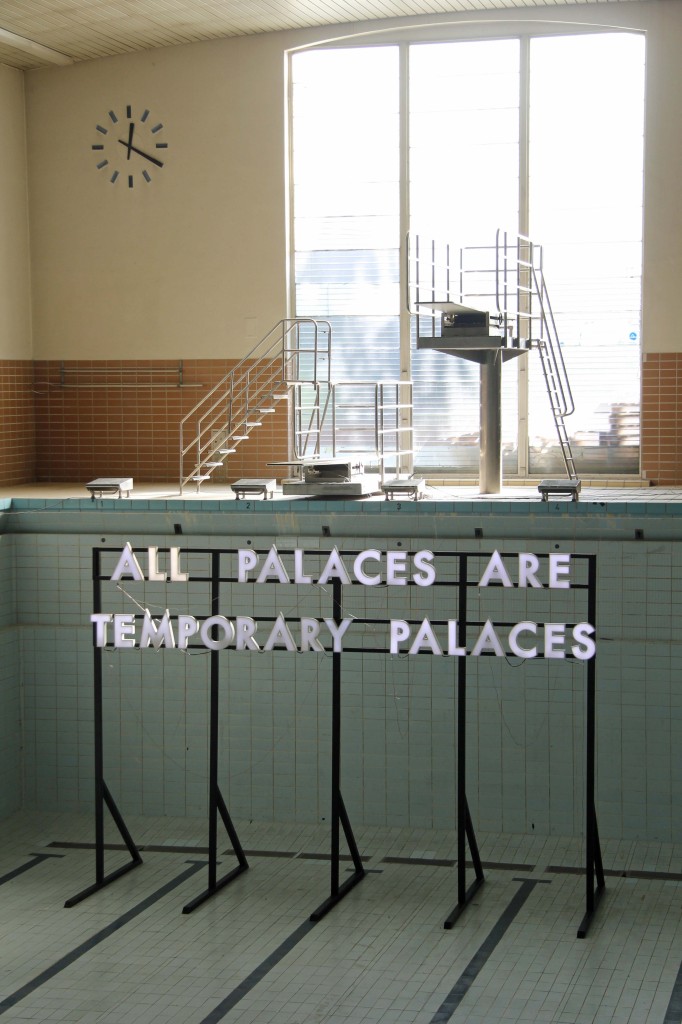 Unfortunately, I didn’t get to see all 20 billboards that accompanied the show but here are the ones I did see.  There were 4 on Yorckstrasse, which I saw on the way to Viktoriapark with Luci of In a Berlin Minute, who was shooting a video there. 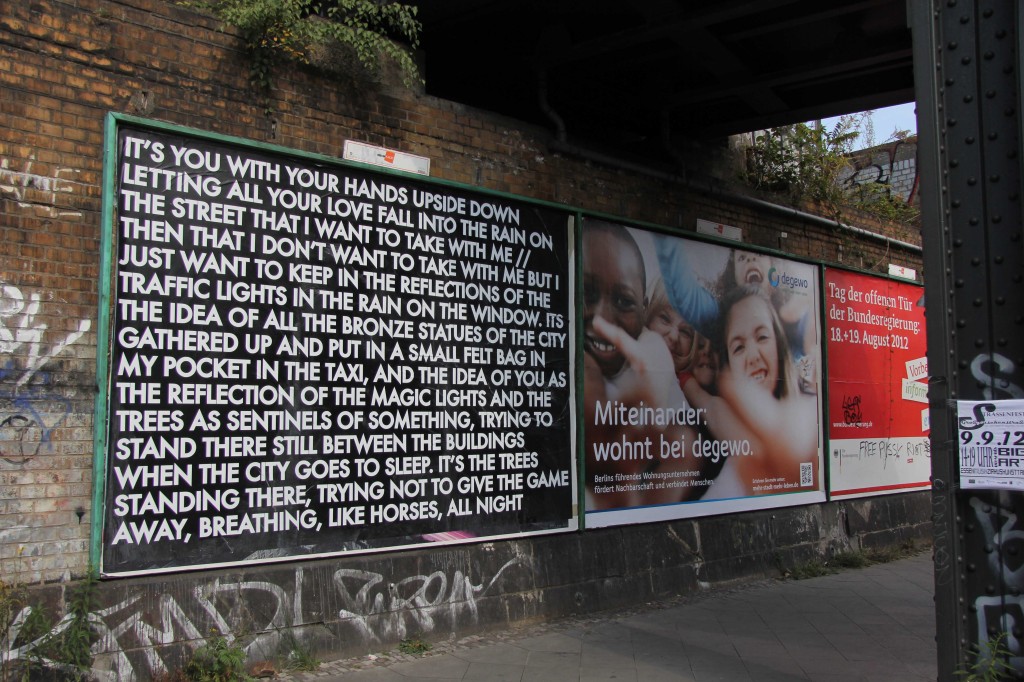 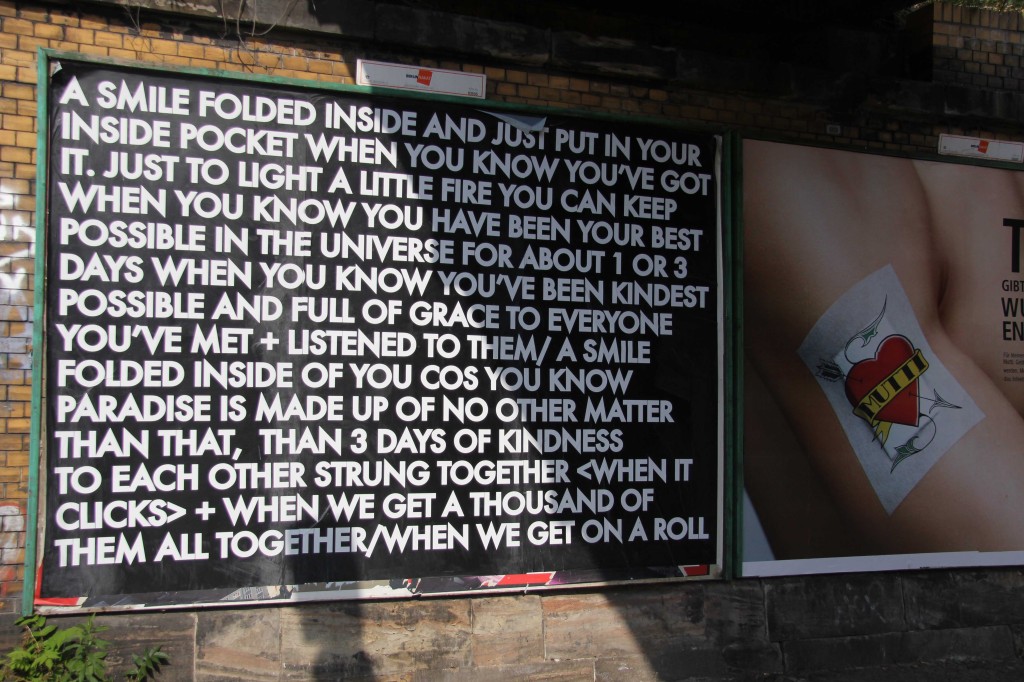 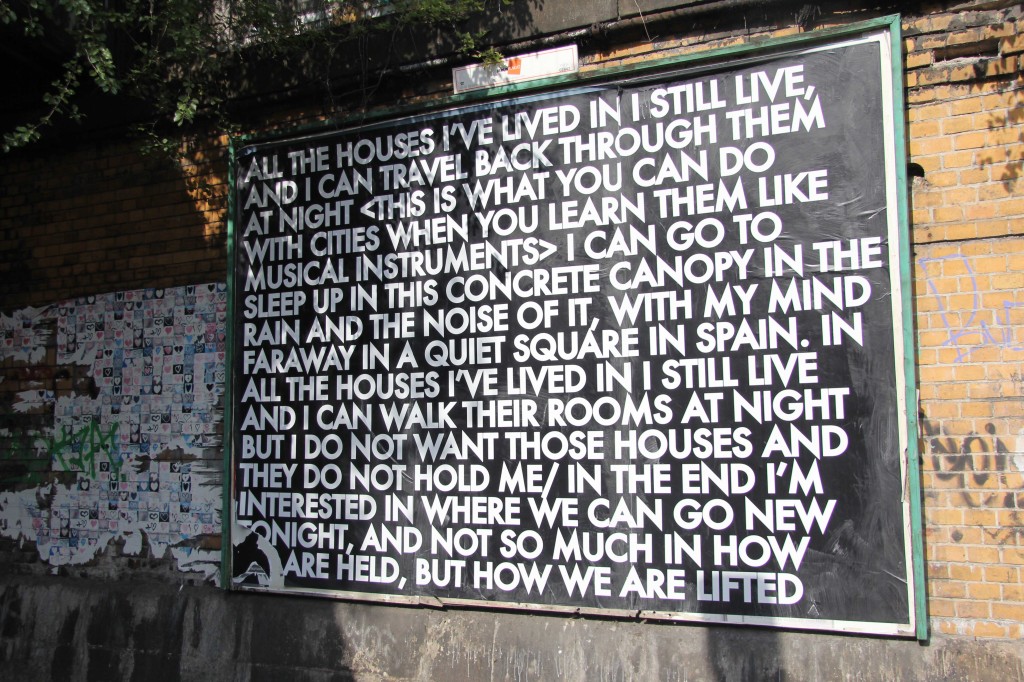 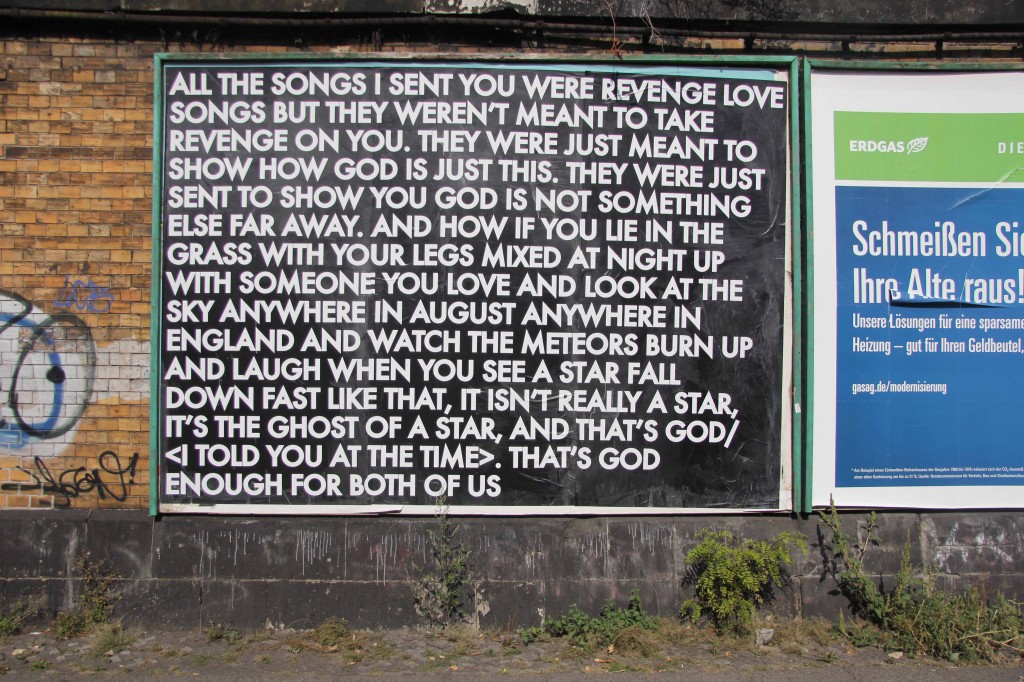 Another 3 on Görlitzer Strasse, which runs alongside Görlitzer Park in Kreuzberg. 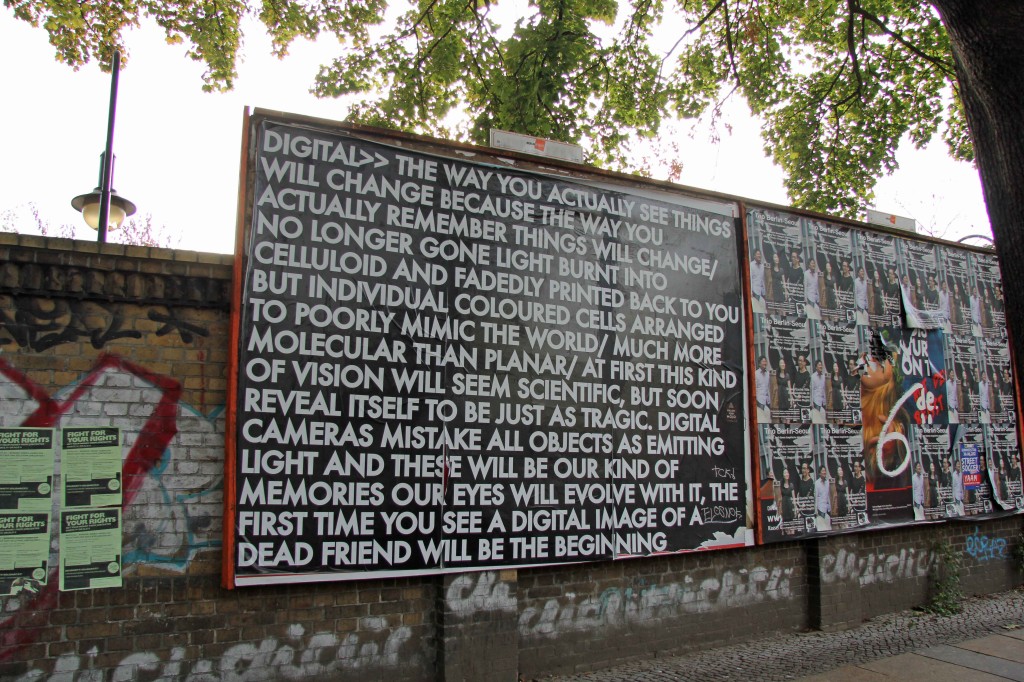 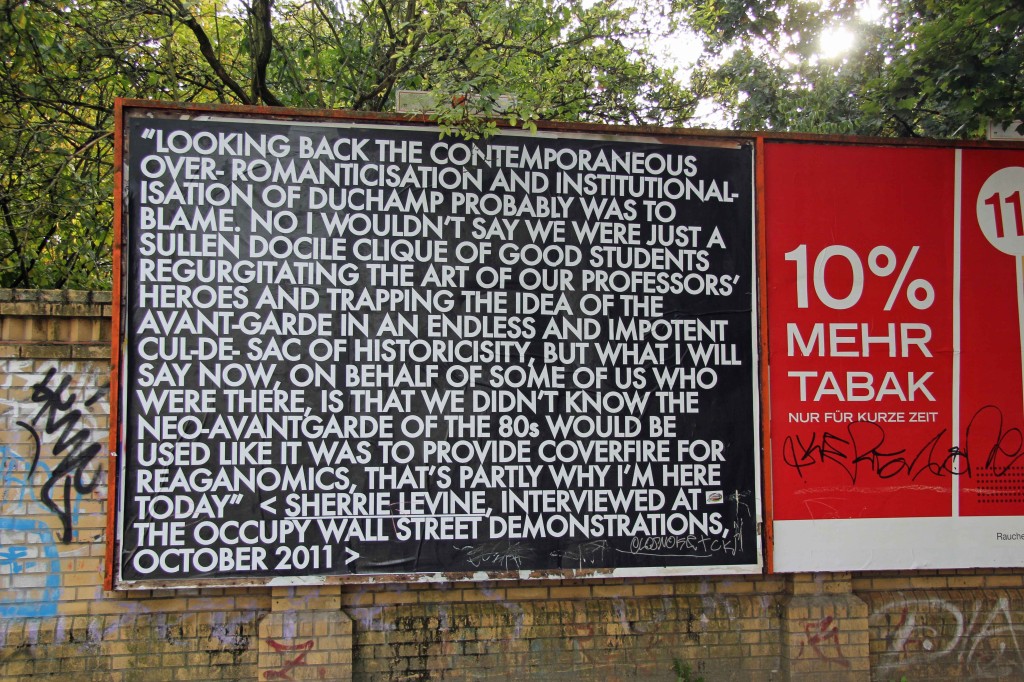 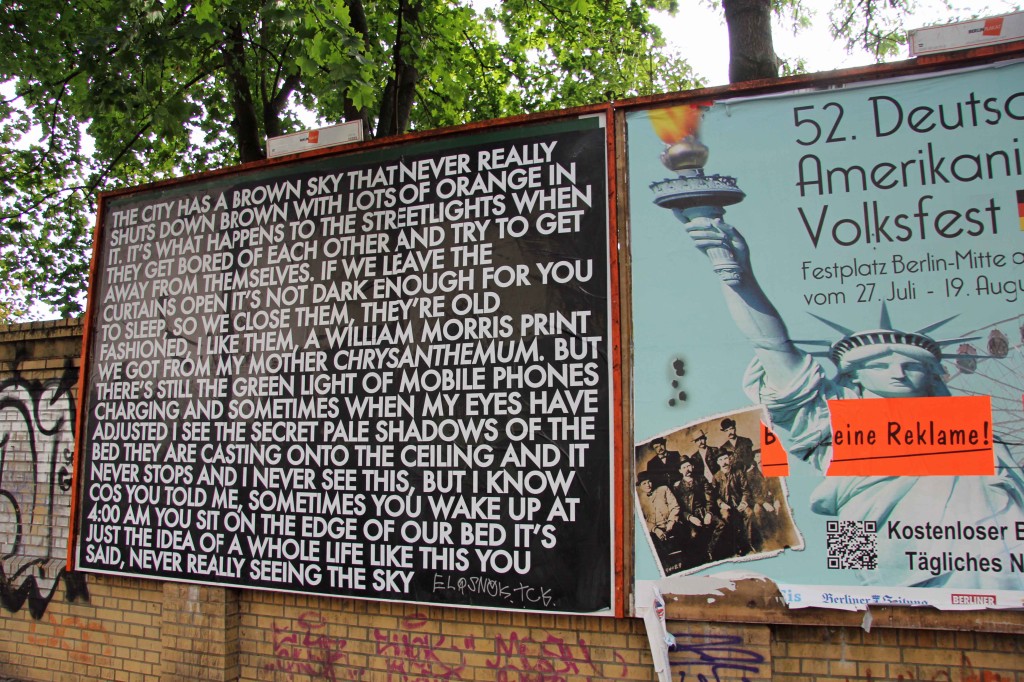 And finally, 1 on Kreuzbergstrasse. 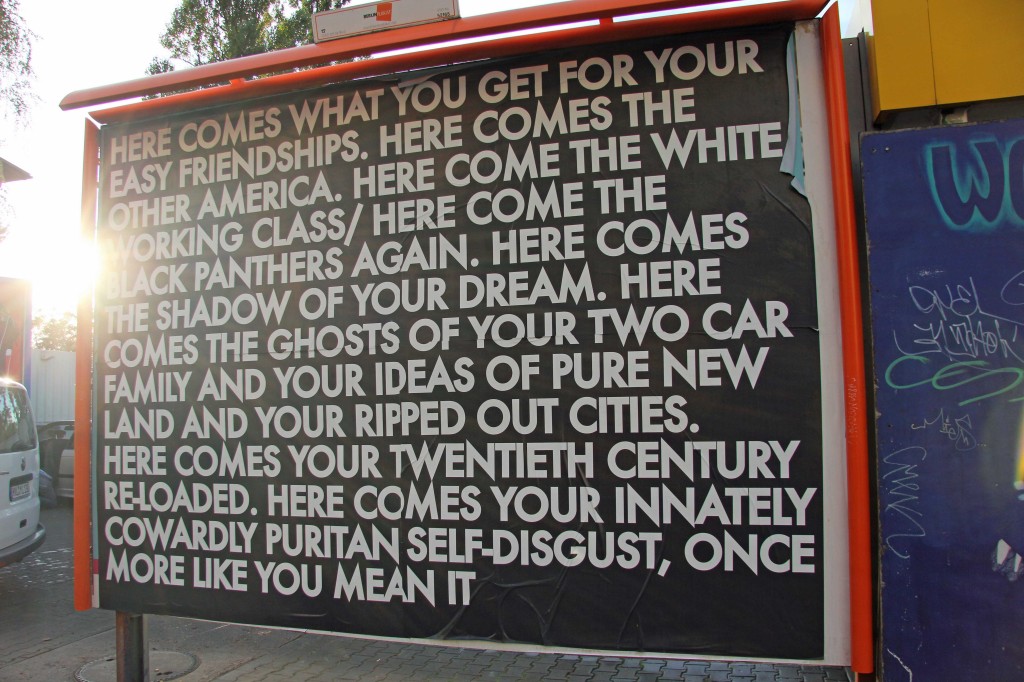 Whilst I enjoyed the Echoes of Voices in the High Towers show at Stattbad Wedding, for me, Robert Montgomery’s work is at its best out on the streets.  My personal highlight was seeing the light installations at Tempelhofer Park at dusk.

The Berlin Skyline At Night: The view from the Neukölln Arcaden
Ready To Love