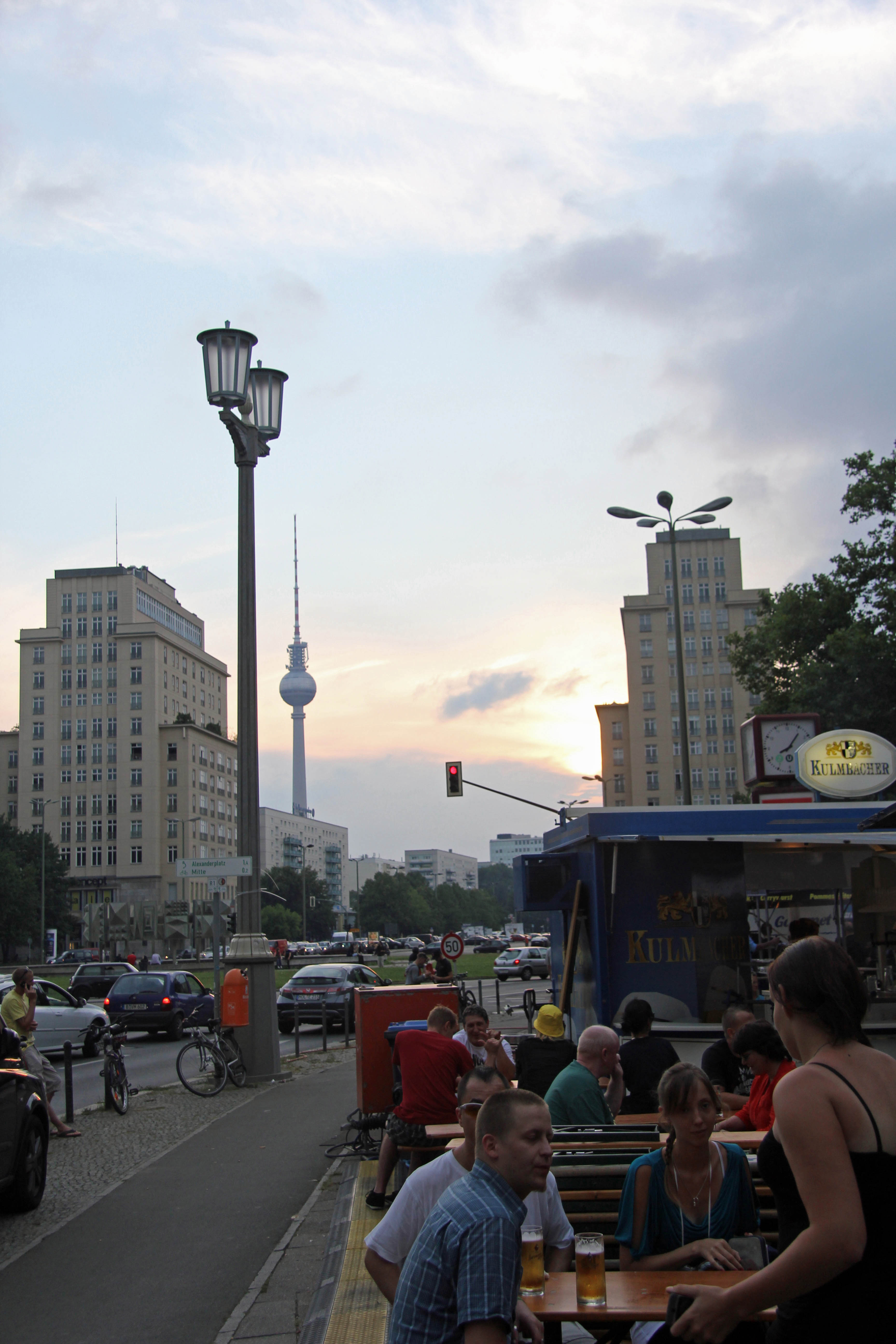 A little over a week ago, Berlin hosted the 16th International Berlin Beer Festival (Internationales Berliner Bierfestival) with the theme ‘Beers of the region of the Baltic Sea’.

In 2011 the festival set a Guinness World Record for the longest beer garden in the world at 1,820 metres.  This year the Beer Mile (sic) was 2.2 km long and stretched all the way along Karl-Marx-Allee from Frankfurter Tor to Strausberger Platz. 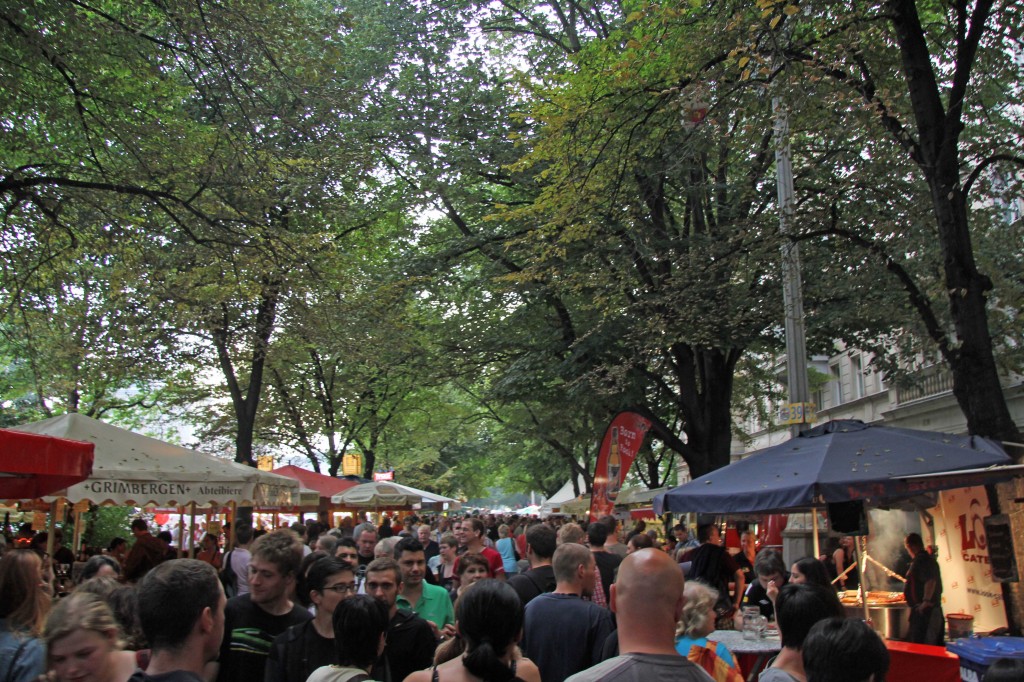 The beers available weren’t just confined to the festival theme though and there were some ‘exotic’ flavours including a Banana Beer that got the big thumbs down from James of überlin. 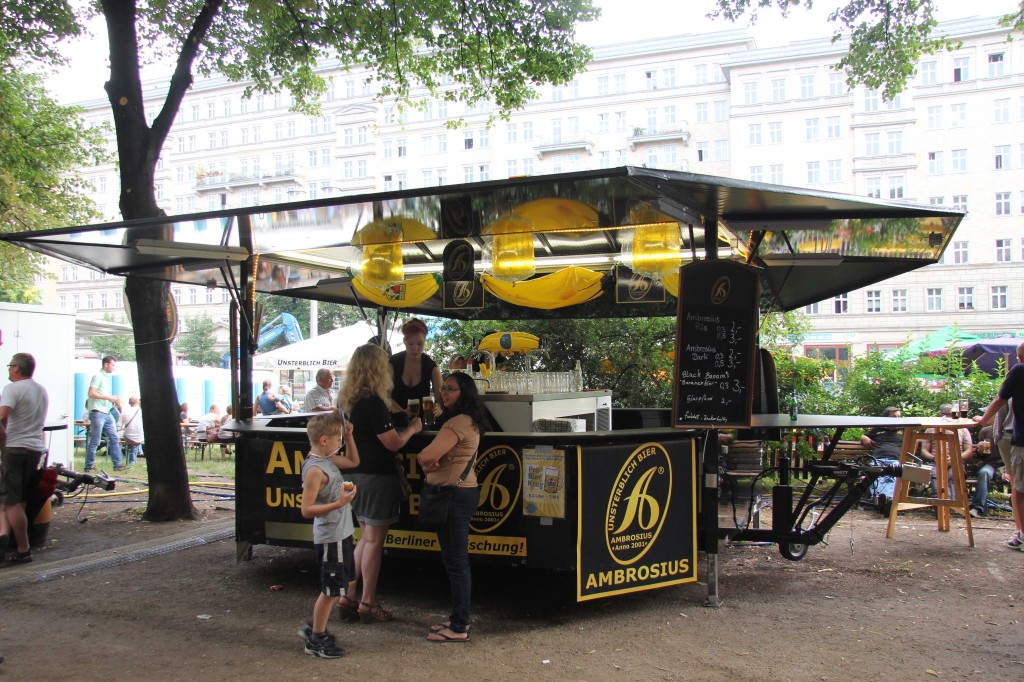 The stallholders had lots of ploys to entice the crowds: some were decorated in bright colours; some covered in merchandise; but the most popular stalls were those staffed by young women in sexy nurses uniforms – the owners having realised that cleavage, stockings and suspenders were a big hit with beer drinkers (sorry no pictures). 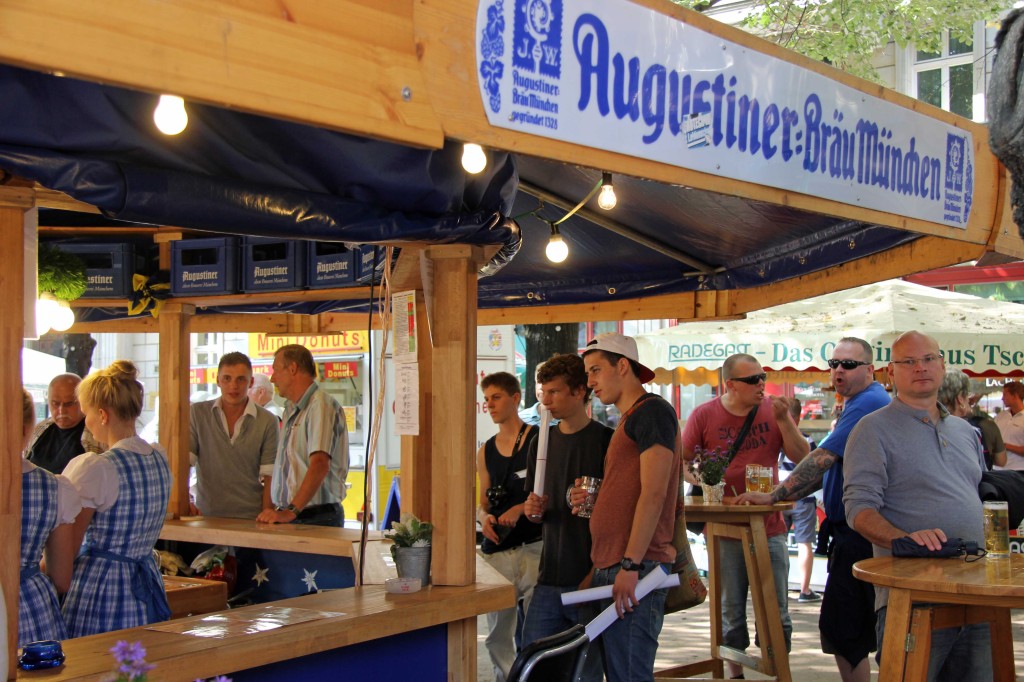 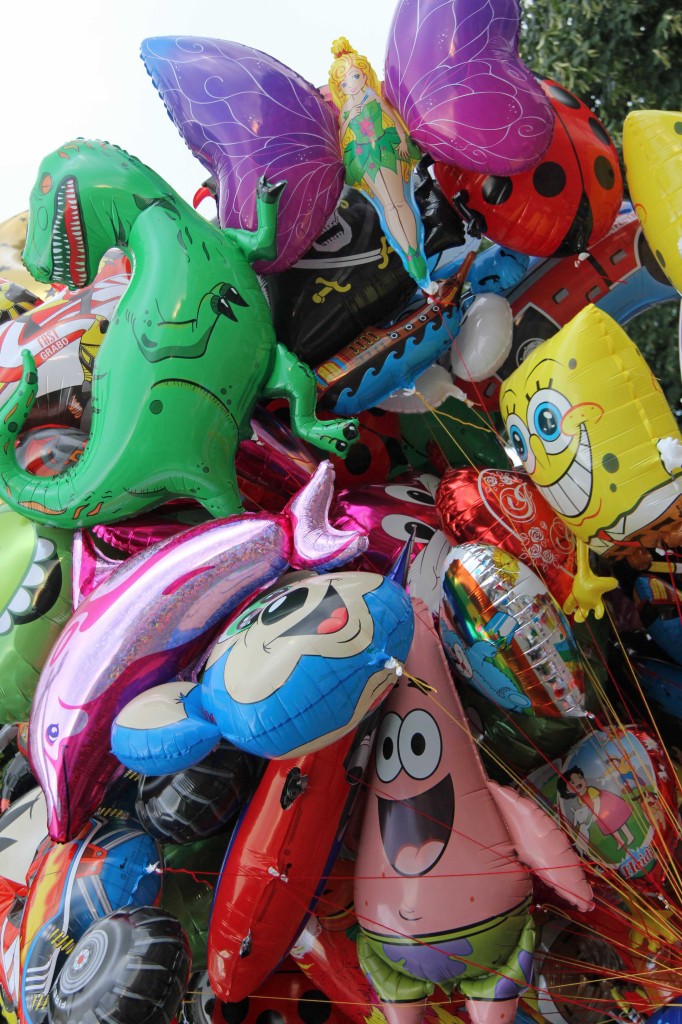 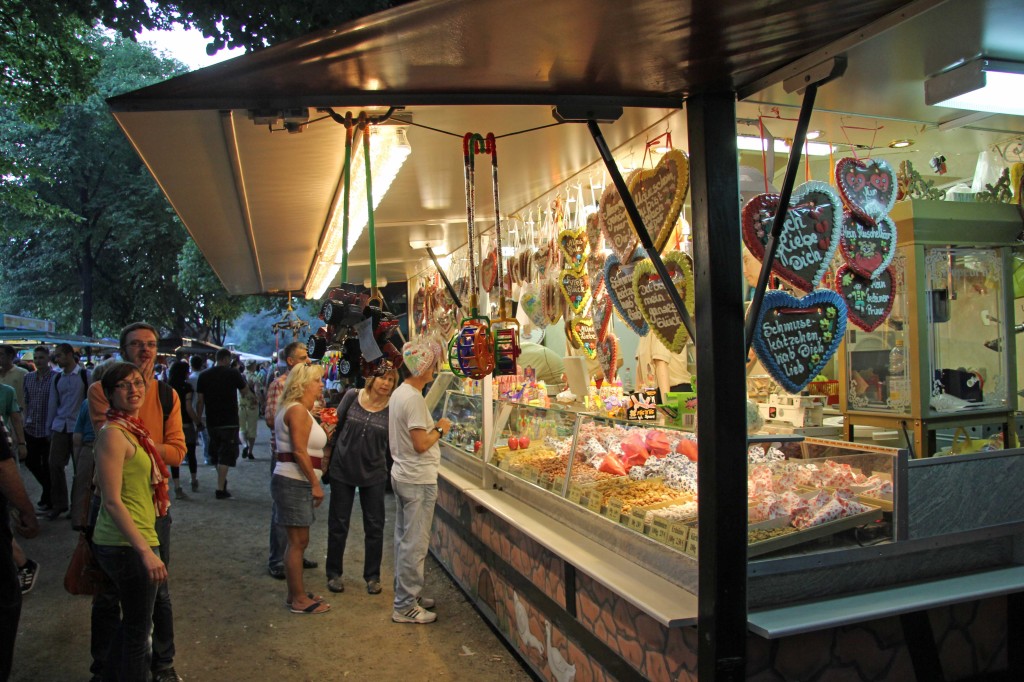 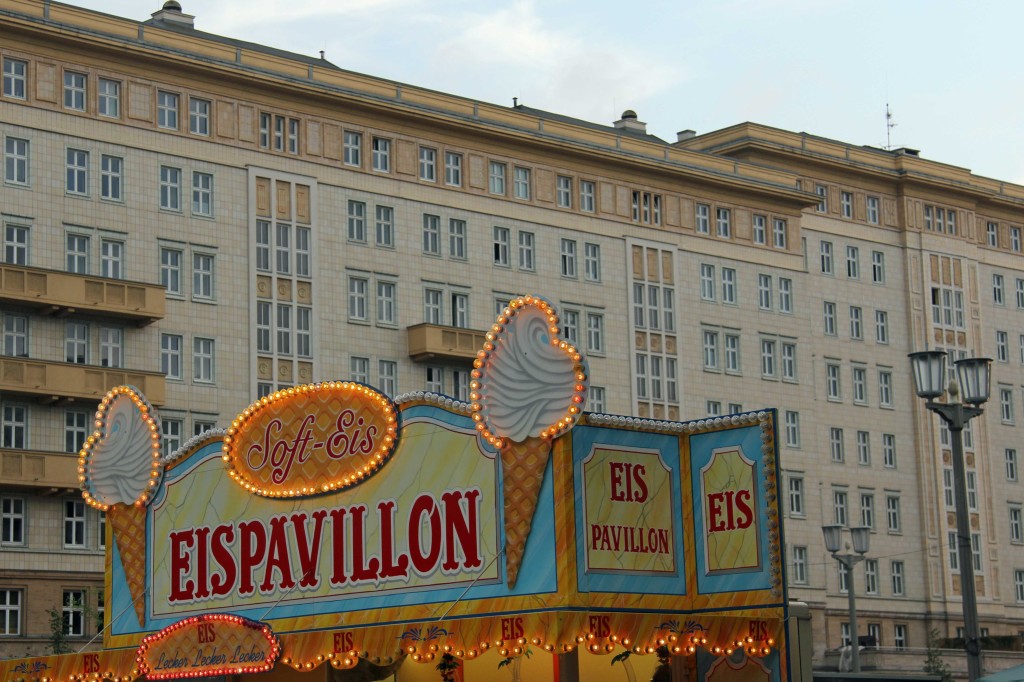 There were plenty of musicians along the length of the festival entertaining the crowds with everything from classic rock to German Schlager. 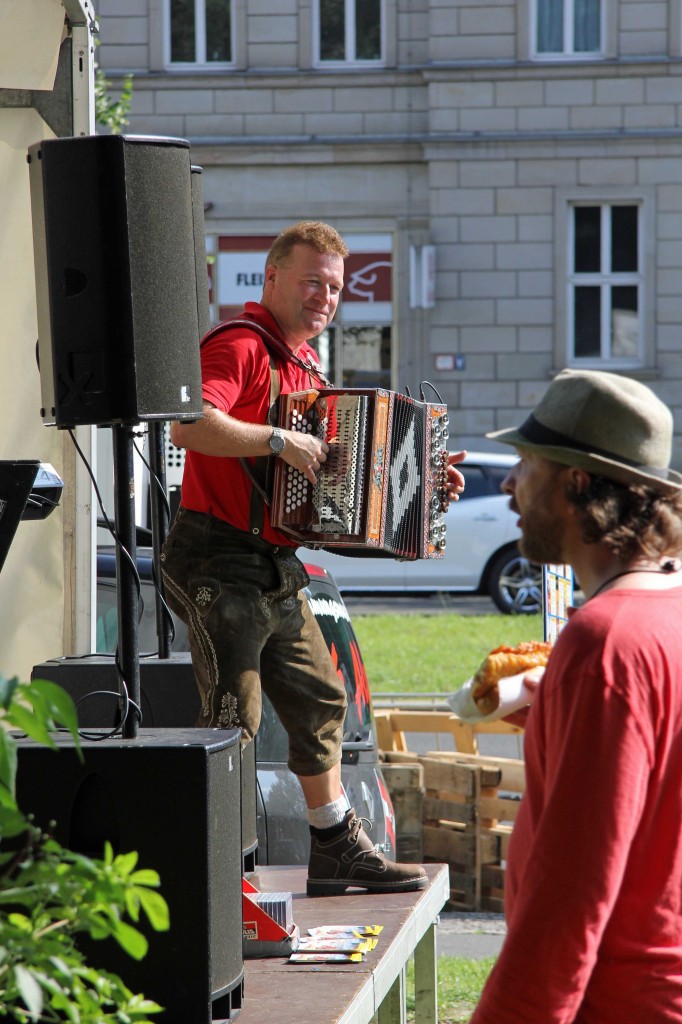 There was even a piper playing. 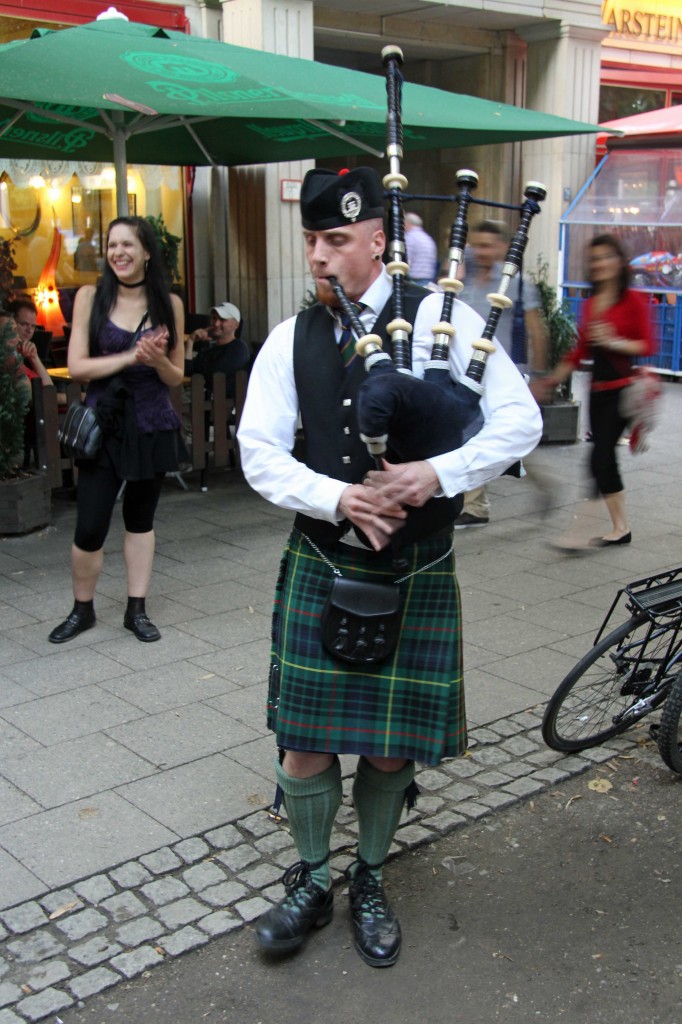 One thing that struck me as very different to beer festivals in the UK was the cross-section of people who were there.  And the atmosphere was certainly a stark contrast to Berlin’s (often self-consciously) über-hip bar and club scenes.