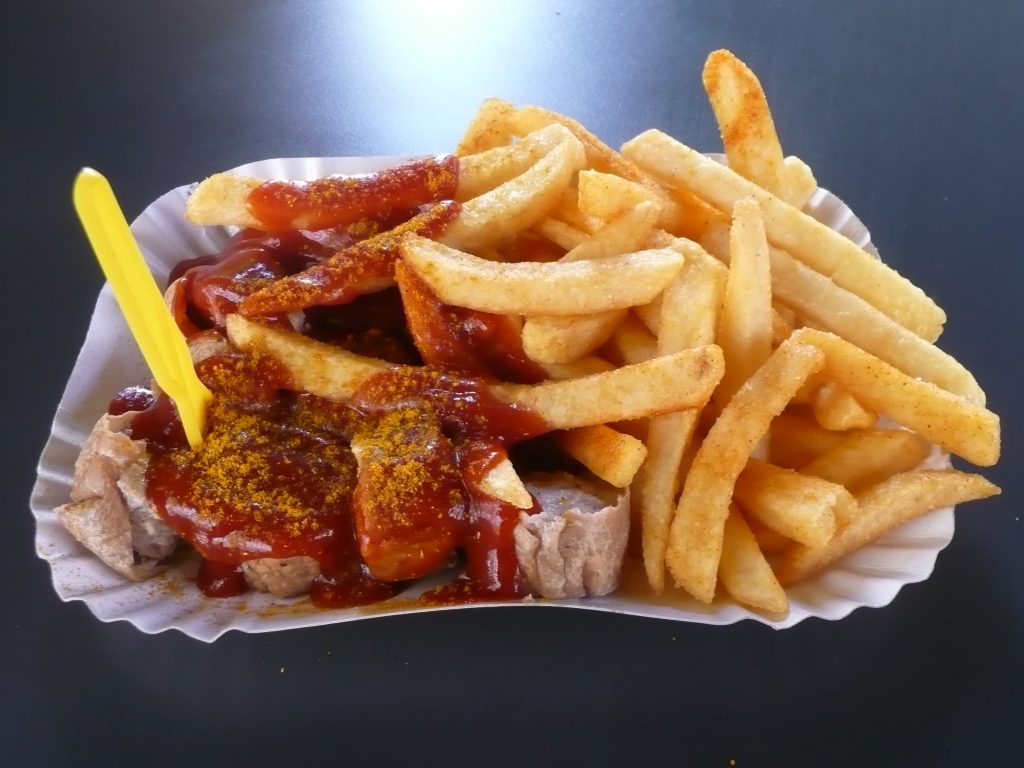 Konnopke’s my local Imbiss (snack outlet) so I thought it was only right that I should go there for my first Currywurst of 2012 and start what I hope will be a series of posts about Currywurst in Berlin.

Currywurst is the culinary pride of Berlin and beloved by its citizens.  It is a pork sausage, normally served in slices, covered in a spiced ketchup.  The sauces vary from place to place. In some the ketchup is blended with spices, in others the spices are sprinkled over the ketchup.

The following excerpt from Wikipedia gives some good background on the origins of the Currywurst (you can read the full article here).

The invention of currywurst is attributed to Herta Heuwer in Berlin in 1949 after she obtained ketchup, Worcestershire sauce and curry powder from British soldiers.  She mixed these ingredients with other spices and poured it over grilled pork sausage. Heuwer started selling the cheap but filling snack at a street stand in the Charlottenburg district of Berlin where it became popular with construction workers rebuilding the devastated city.  She patented her sauce, called Chillup, in 1951.  At its height the stand was selling 10,000 servings per week.

There is even a Currywurst museum in Berlin on Schutzenstrasse in Mitte, a stone’s throw from Checkpoint Charlie.  I haven’t been but maybe one rainy day I’ll stump up the EUR 11 entrance fee and pop in to find out more about Berlin’s beloved snack.

It only takes a few minutes to get to Konnopke’s, which is under the U-Bahn tracks near Eberswalder Strasse U-Bahnhof, from my flat so I’ve eaten there a number of times in the last few months.  It has a reputation as one of the best in the city (a reputation I intend to test over the course of the year), though there is much debate over ‘the best Currywurst’.

The Konnopke family has been selling Currywurst at this busy intersection of Schönhauser Allee since 4 October 1930, when Max Konnopke and his wife Charlotte started the family business.

Today I had Currywurst (ohne darm) and Chips for a very reasonable EUR 3.20.  The food is always hot as Konnopke’s is busy (so be prepared to queue) and the chips are crispy on the outside but just right inside.  I haven’t picked up the German habit of having mayonnaise on my chips (yet) but there’s plenty of ketchup with the Currywurst to go round.  The sausage is served in slices and the curry powder is added after the ketchup. 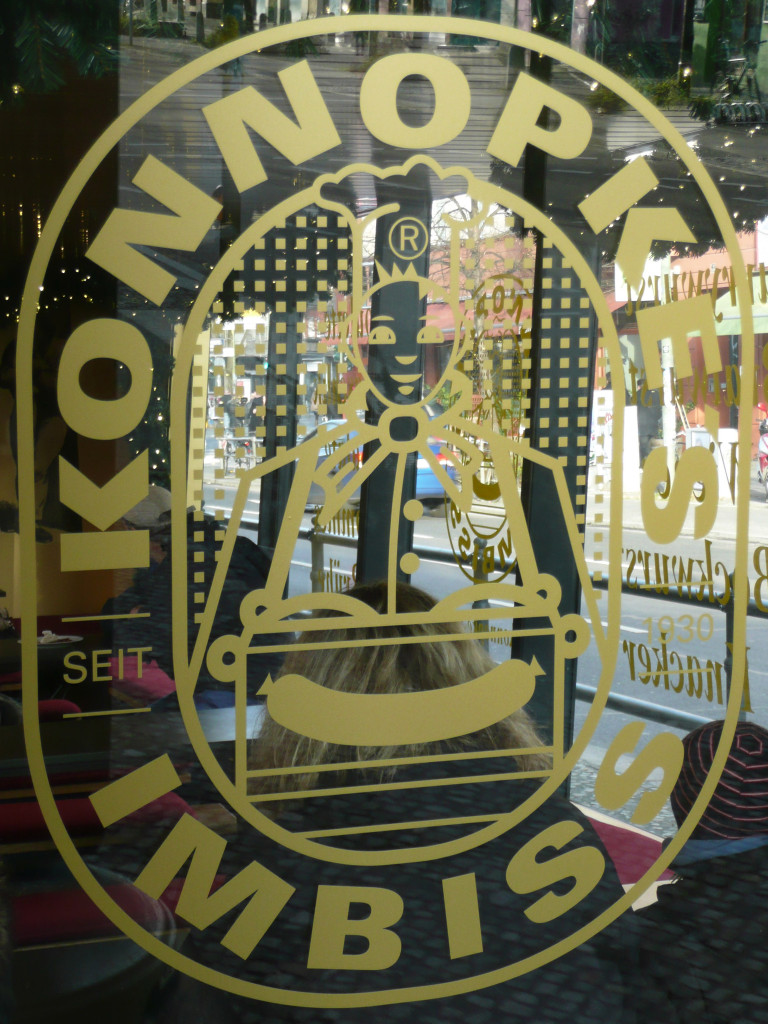 In 2010 when I visited, Konnopke’s was operating from a temporary position next to the Tram stop at the top of Kastanianallee, whilst work was carried out on the U-Bahn and a new structure was being built in its current (original) position.  This means that there is now a covered area for eating (handy on a cold day like today), though many locals prefer to stand.

I took my parents to Konnopke’s when they visited last December and they enjoyed the food there.  My Dad is a fussy eater so he had a pair of Frankfurters with chips (Ein Paar Wiener mit Pommes) but my Mum sampled the delights of the Currywurst and was impressed.  My Mum also noticed the cross-section of people who were eating there: tourists, locals, young and old.

The Currywurst at Konnopke’s Imbiss in Berlin is great but can it be beaten.  That’s what I intend to find out – in what I have come to think of as a quest to find ‘The Best of the Wurst’.