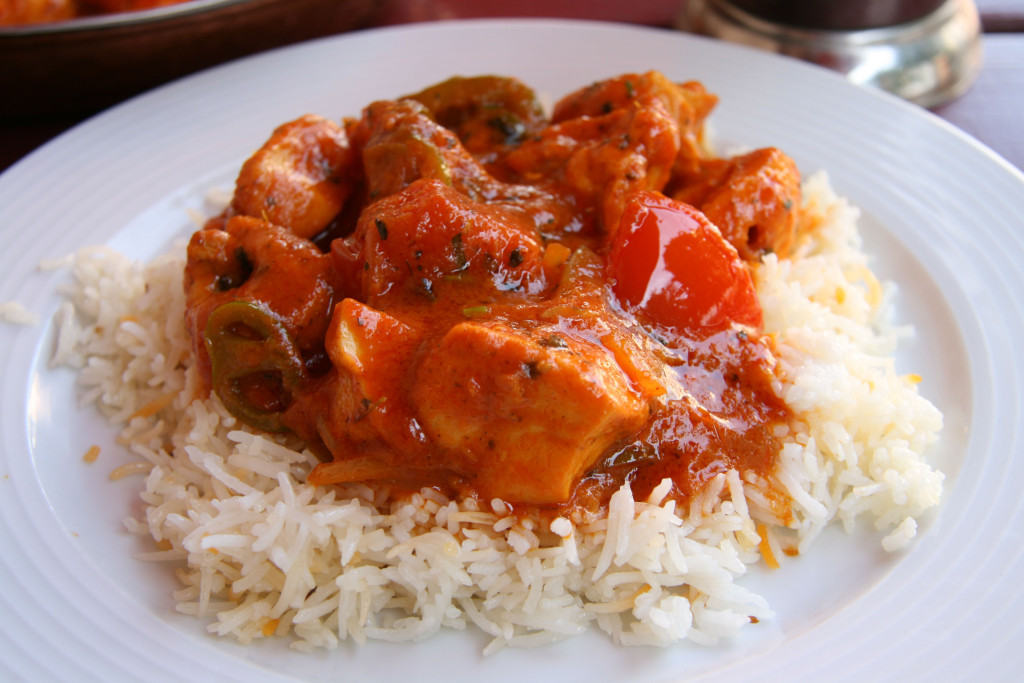 Following hot on the heels (pun intended) of my Thai restaurant recommendation, a great curry in Berlin.  My first Berlin curry experience was a massive disappointment – salty but bland – so when überlin recommended Aapka Indisches Restaurant in the comments on their Buddha Republic post I was keen to give it a go.  James and Zoë had visited the restaurant on Maybachufer but in a stroke of good fortune there are two Aapka restaurants in Berlin and the other one is on Kastanianallee, a short stroll from my flat.

I know it’s stereotypically British but I love Chicken Tikka Masala and it’s the dish that I use to gauge the quality of an Indian Restaurant.

This wasn’t like any Chicken Tikka Masala I’ve had in Britain though – the sauce wasn’t creamy and was much spicier than I’ve had before – more like a Tikka Green Masala – but it was absolutely delicious.

I had a Naan too but was too eager to eat to delay my meal any longer by taking a photograph – sorry.

I had my first meal at Aapka with friends visiting from England, one of whom, Gareth is a bit of a curry connoisseur, having spent his University years in Bradford, the curry capital of Britain.

Gareth had the Mutton Gosht Banglori and declared it to be delicious.

Aapka proves that you can get a curry that is packed full of flavour and well spiced in Berlin.

If that has made you hungry I may as well complete the set and make you thirsty as well.  What else could you wash a curry down with? 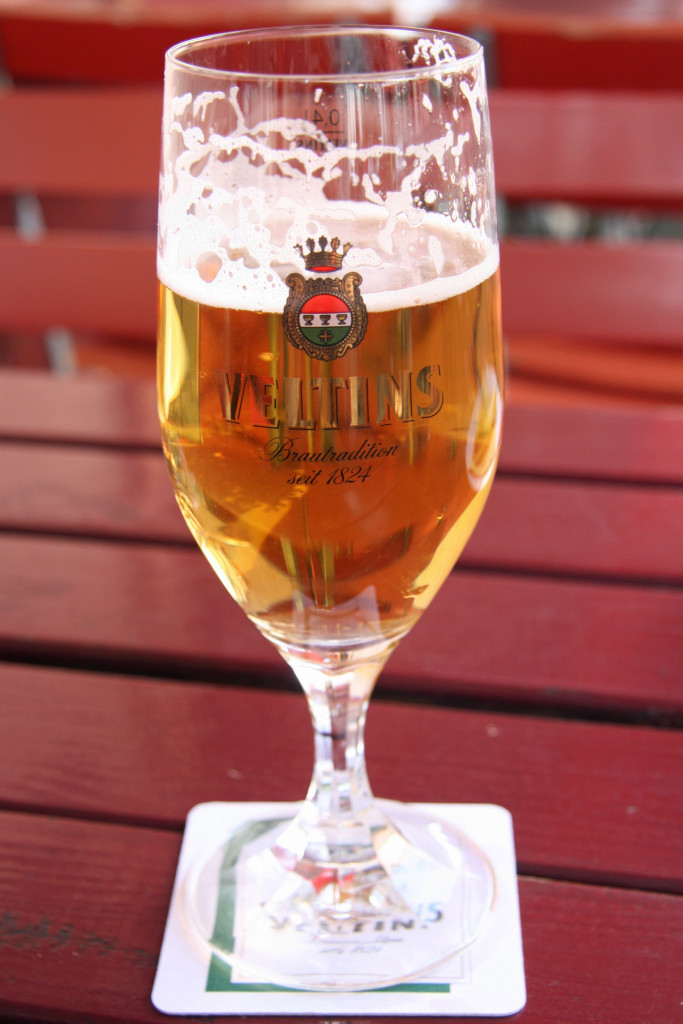 Like most restaurants and cafés on Kastanianallee, Aapka has outdoor seating, ideal for hot summer nights.  Watch out for the gang of sparrows though – they are happy to attempt daring raids on the rice bucket on your table while you eat!