Lunch in Berlin just got a lot more interesting.

Thanks to a tip from a Cee Cee Newsletter I went to Ruben & Carla on Linienstrasse a couple of weekends ago.  I was intending to have the Pastrami sandwich but having checked out the menu I decided to follow the Chef’s suggestion and plumped for the mixed sandwich (Pastrami and Turkey) instead.

As I was there on the Saturday of Gallery Weekend in Berlin the area around Linienstrasse was busy and a number of other customers arrived shortly before or after me.

This meant I had to wait a while but not an excessively long time for my sandwich for which I received an apology when it arrived (always appreciated though in this case not necessary).

And that’s when I got my first look at my sandwich. 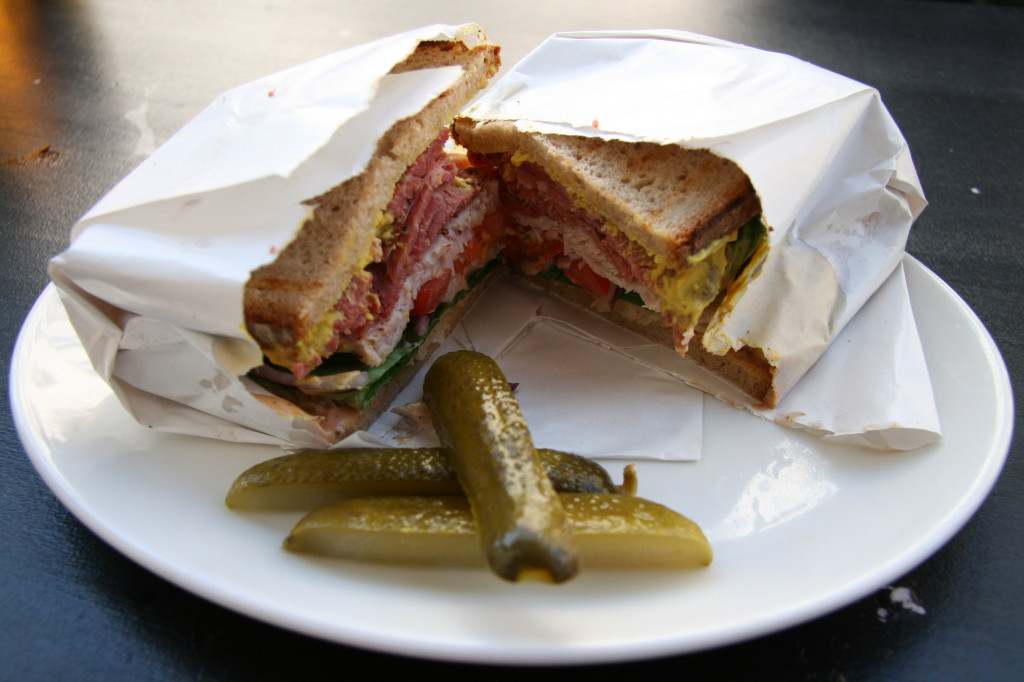 And what a sandwich it was.

The paper in which it was wrapped was presumably there so that the contents didn’t scatter to the four corners of the Earth when it was cut in half.

The sandwich was packed with meat that was moist and beautifully flavoured and was perfectly complimented by the salad and mustard.  I’m salivating now just writing about it!

When I asked for the bill I was offered an Espresso as an apology for the wait (which I declined as I’m not a coffee drinker).  I pointed out that I would happily have waited longer for a sandwich that good.

It was so good that I went back a few days later to try the burger.

I was served by the same person and greeted warmly as a returning customer (“Ah, Mr Pastrami, welcome back”) and when I asked about the weekly burger special he went inside to get the board.  I thought this meant that there were a number of options but when he reappeared I understood.  The weekly special came with: Bacon, Pepperoni, Brie, Gorgonzola, Tomato, Onion, Rocket, Salad leaves and dressing.

As I’m not a fan, I asked for the special without the Brie.

And like the sandwich the burger was a feast for the eyes. 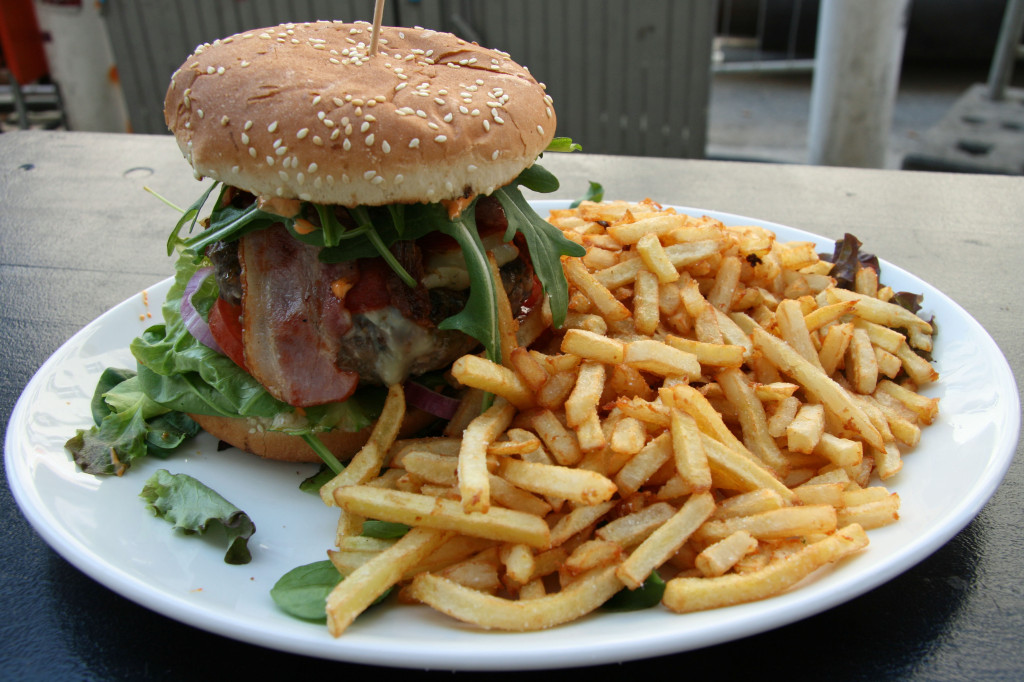 I was a little worried that so many ingredients in one burger meant they would be competing for attention on my taste buds but I needn’t have been concerned.

When I was paying the bill I was asked how the burger compared to the sandwich (it’s always nice to be asked for feedback on your meal I think) and I had to say that it was great but that I had enjoyed the sandwich so much that there could only be one winner.

My one criticism of my meal was that there was too much salt on the chips but when I mentioned this, my feedback was appreciated.

When you leave a restaurant with a smile on your face as well as a full stomach you know that they’re doing something right.

The Pastrami and Turkey sandwich has to be the best sandwich I’ve had in Berlin with the Roast Beef sandwich at Luigi Zuckermann and the Club sandwich at Barcomi’s Deli also highly recommended.

The burger was fantastic but for me didn’t quite match up to the star quality of Da Birdhouse at The Bird.

Next time I go (and there will be many more times) I think I may have to try the house speciality, Tagliata – a sliced sirloin steak on rocket, topped with a sauce and served with fries.

Ruben & Carla is on Linienstrasse near the corner with Oranienburger Strasse.  Here’s a few more details: 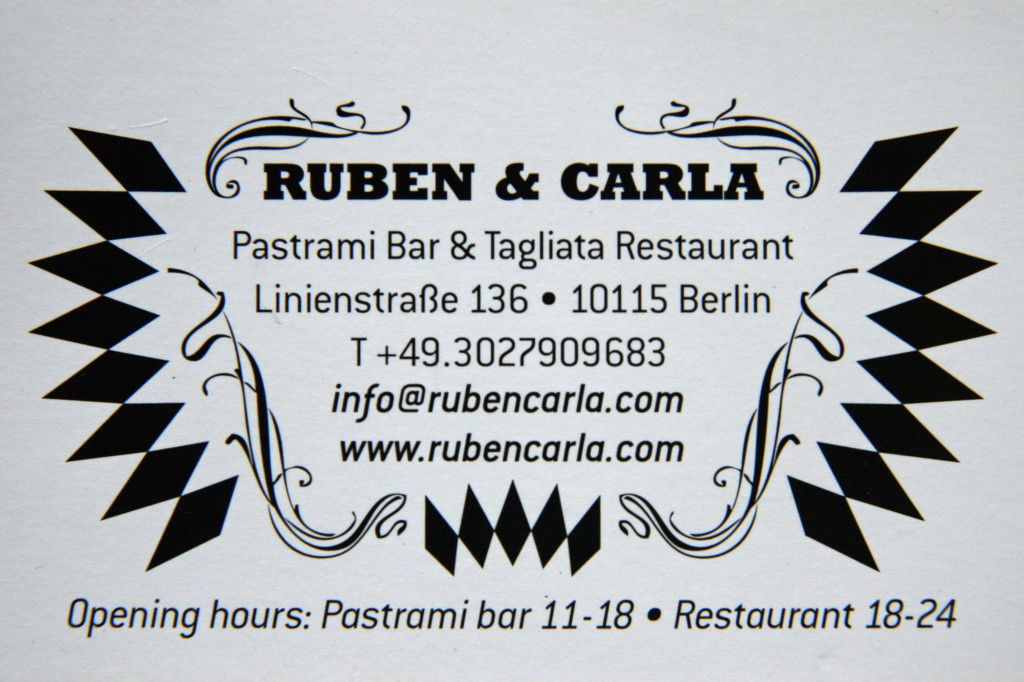