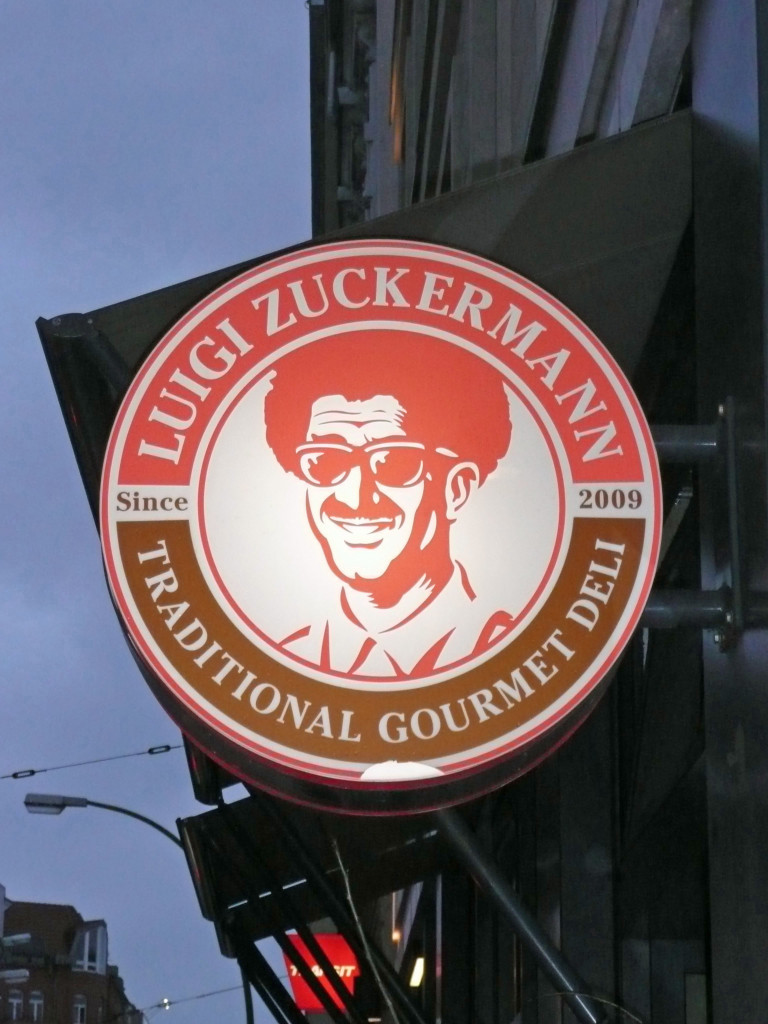 I covered a lot of Prenzlauer Berg and Mitte on foot today so had worked up quite an appetite by lunchtime.  Unfortunately, it seemed that I wasn’t the only one.

Luckily, I found a spot to sit down at Luigi Zuckermann at the second attempt.

On my first pass the place was packed so Plan B was Dolores for a Burrito.  But that was bursting at the seams as well.  So, I walked back to Luigi Zuckermann salivating at the prospect of a Roast Beef Baguette and praying that there would be somewhere that I could sit and eat it.

I was overjoyed when I saw a free table but less happy when I was told that they had sold out of Roast Beef.  I ordered Prosciutto on the server’s recommendation and added a bottle of Veltins (walking is thirsty work).

Due to some mix up between the server and Chef my order took a little longer than I would expect but once the oversight was realised it arrived promptly.  The wait gave me an opportunity to practice my German by trying to read the Berliner Zeitung.  I think I understood most of the stories I read about the end of Heidi Klum and Seal’s marriage, a Policeman who killed his daughter with his service weapon before turning it on himself and a former Beefeater who was thrown out of his local pub near Peterborough for talking German to his daughter, before the food arrived.

As I was so hungry I forgot to take a picture of my food when it arrived but I know I’ll be going back so will take a pic of a Roast Beef Baguette then.

The baguette was good but not quite as good as the Roast Beef Baguette that I had hoped I would be eating.  Still worth the EUR 9.50 (with the beer) though.

In the time I had been inside it had started to snow so that signaled the end of the day’s travels and I headed off to catch the tram home.

I have been back to Luigi Zuckermann to have what I think is probably Berlin’s Best Baguette.  Read about that here.