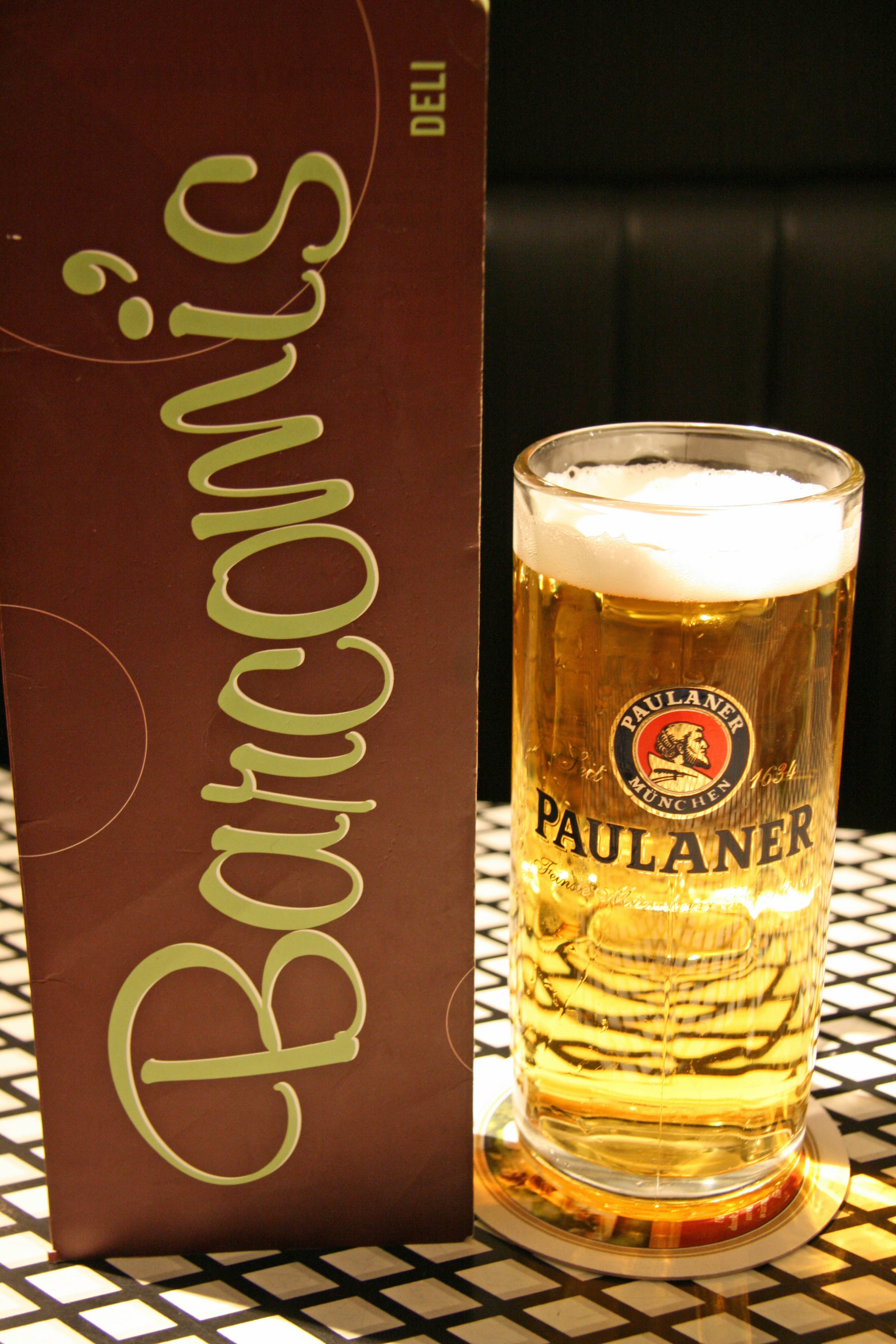 Having worked up an appetite walking in the snow I decided that today would be a good day to go back to Barcomi’s Deli.

Barcomi’s Deli isn’t the kind of place that is easy to happen upon.  It is in a back Hof (courtyard) between Sophienstrasse and Gipsstrasse in the art gallery district of Berlin’s Mitte.  I had seen it in an edition of Real Cities on the BBC News website so knew where to find it when I first visited.

Cynthia Barcomi moved to Berlin from New York in 1985, working as a professional dancer.  She opened her first café and coffee shop, Barcomi’s in Kreuzberg’s Bergmannstrasse in 1994, selling her own cakes and Barcomi’s Deli in Mitte followed in 1997, offering a more extensive menu.

Barcomi’s has seating for 90 indoors and 50 outdoors (in warmer weather) and I was lucky enough today to get a booth in the ground floor of the Deli, which wasn’t as busy as on my previous visit.  It’s also possible to get food to takeaway for those who want to eat on the hoof or who have only temporarily escaped the clutches of work.

As before, I ordered the Club Sandwich auf Kartoffelbrot (A smoked turkey, bacon, tomato, lettuce and mayonnaise double-decker combination on Potato Bread) and a half-litre of Paulaner Münchner Hell. 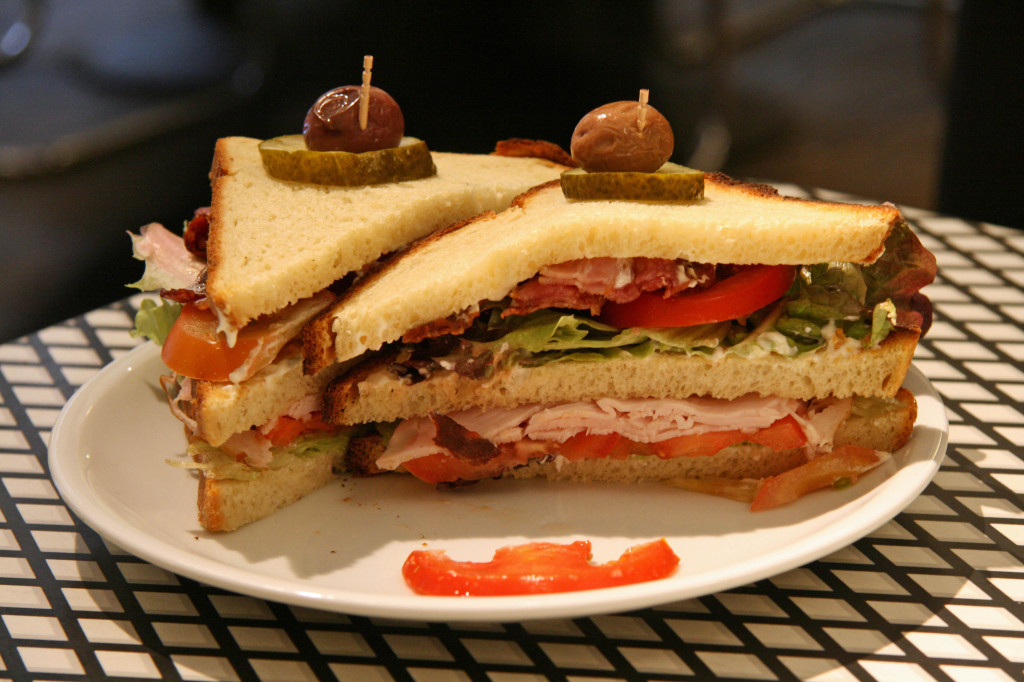 Now, that’s what I call a sandwich and it’s big on flavour as well as size.  The bill for the sandwich and a beer was EUR 10.50 (plus a tip) and great value in my opinion.

My only problem with the Club Sandwich at Barcomi’s is that it’s so good and so filling that on both of my visits I haven’t had any room left to try one of the delicious cakes, or four of them – they offer a Probierteller (tasting plate), which is 4 half pieces of your choice.

I had a look at the Deli counter on my first visit and the Devil’s Food Cake was virtually screaming ‘EAT ME’ at me.

There’s only one answer – I’m going to have to go back to Barcom’s Deli one day after a smaller lunch elsewhere and have cake.