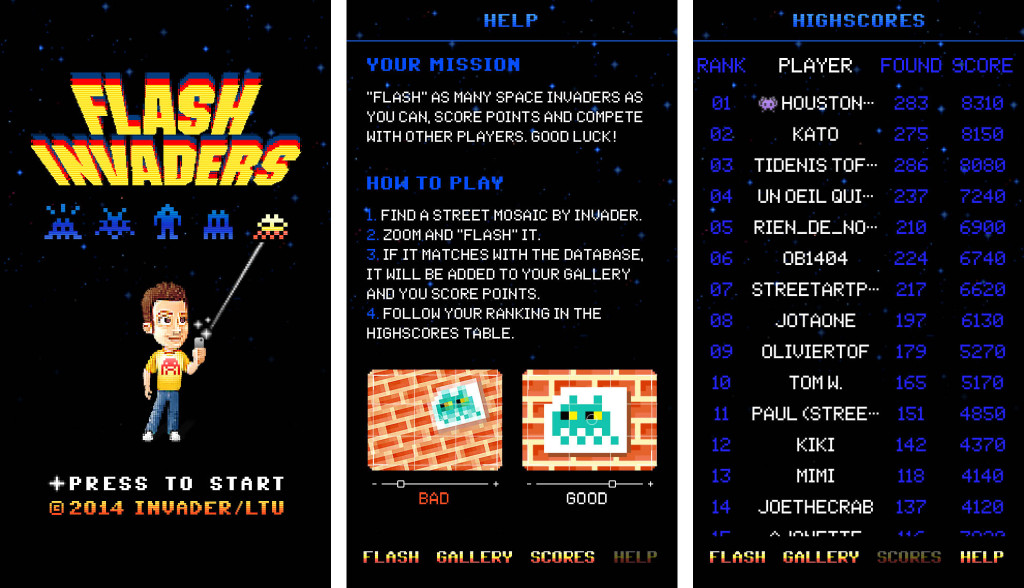 Screenshots from the FlashInvaders app

French Street Artist, Invader took the inspiration for his art from the classic arcade game, Space Invaders.  Now, with the launch of his app, FlashInvaders, he has gone full circle and turned his art into a game.

Invader’s tile mosaics of Space Invaders can be found in many cities around the world, most notably in his hometown, Paris.

The object of the game is to ‘flash’ (take photos of) Invader pieces on the street. The app compares the photo to a database of the artist’s work and, using your smartphone’s GPS, verifies that you’ve seen the mosaic in person. 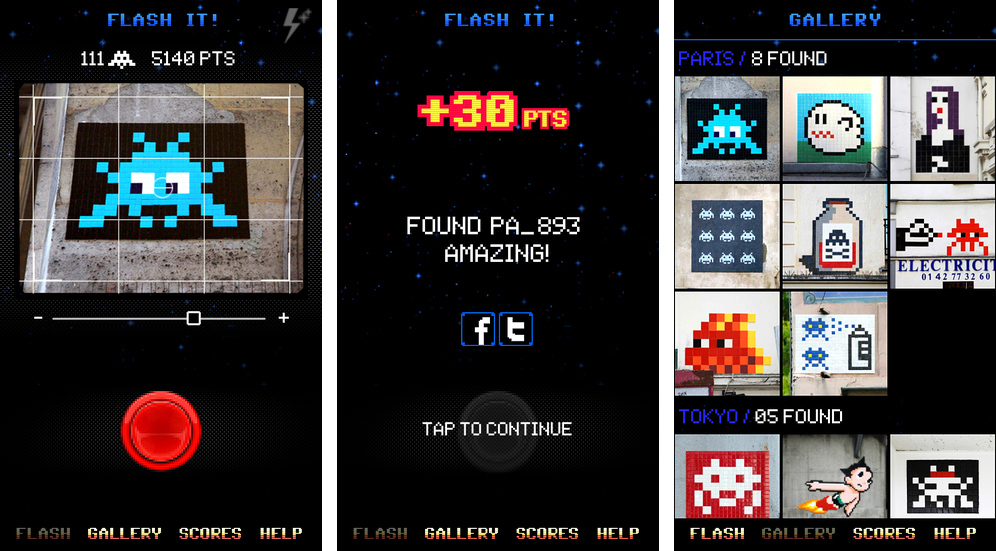 Screenshots from the FlashInvaders app on the App Store

Players (users) are then awarded points for each Invader ‘flashed’ and compete against each other in a ‘highscores’ table.

The app is available for iOS and Android and can be downloaded for free from the App Store or Google Play.

I’ve seen lots of Invader mosaics in London but unfortunately, though he has been here, I haven’t found any of his Street Art in Berlin but if I do I’ll ‘flash’ it with my FlashInvaders app.