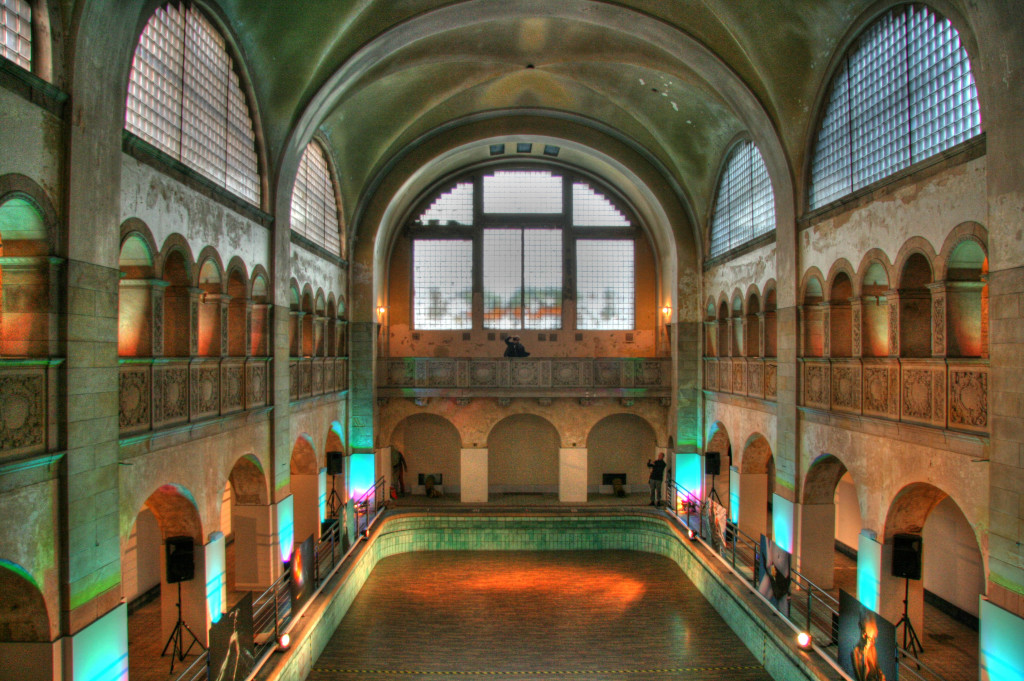 I have been fascinated by the Stadtbad Prenzlauer Berg (or Stadtbad Oderberger) on Oderberger Strasse since my first trip to Berlin in 2009 when I tried to wander into the building whilst it was being set up for a Swap Market event sponsored by Skyy Vodka.

At that time I didn’t realise that the building was generally not open to the public and that I wasn’t meant to be there.  I was a little shocked when someone came at me, slackjawed at my (unintentional) boldness, and presumably asked me what I thought I was doing.  ‘Es tut mir leid’ I said as I turned around and walked out.  But I couldn’t resist another quick look over my shoulder to see what I was missing out on.

Built to plans drawn up by the architect Ludwig Hoffman, the public baths on Oderberger Strasse opened in 1902 .  But in 1986 the baths were closed due to cracks in the pool floor.

Since then the building has been used occasionally for exhibitions or events but has mainly lain empty.

At the end of 2011, the Stadtbad Prenzlauer Berg was bought by the GLS Language School, based around the corner on Kastanienallee, whose plans for the building include a hotel and classrooms. The renovations are not expected to be completed until 2015 and at this time the swimming pool will once again be open to the public.

Yesterday, I finally got my chance to have a look around the building, which was open as part of World Water Day.

As well as allowing the public to wander freely around the building, there was an exhibition of photographs by Johanna Keimeyer and performances of a video installation by the artist in the evening but more of that in another post.

The building is a real mixture of the decorative and the functional. The vaulted ceilings in the main hall above the swimming pool and the staircases were gorgeous but in obvious need of some TLC.  I hope though that during the renovations they maintain the character that these features still display. 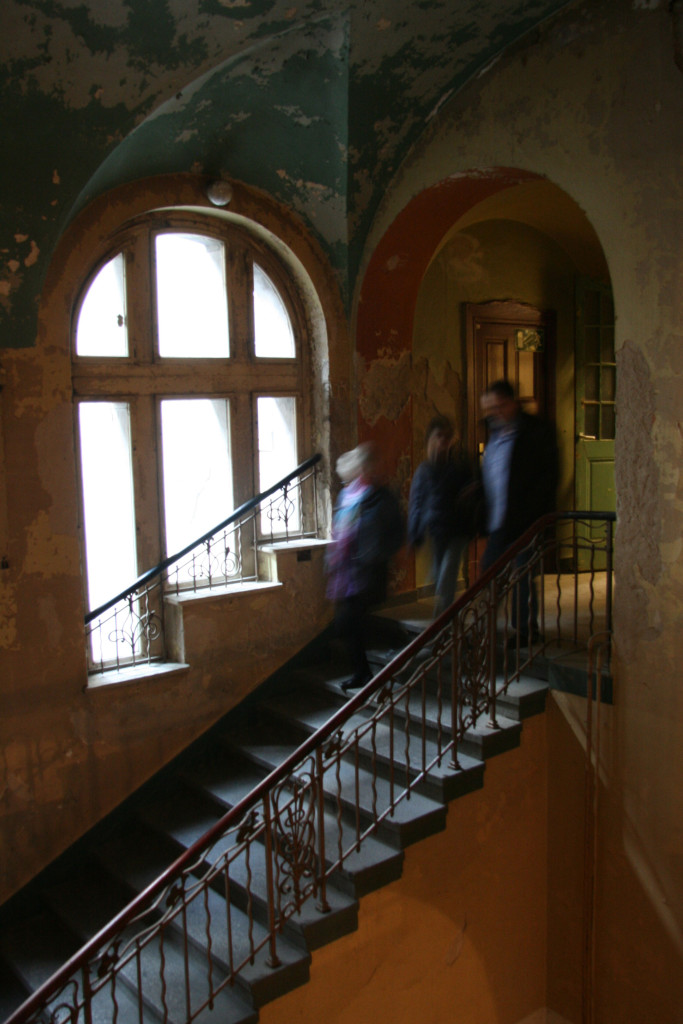 I was also drawn to the clock above the swimming pool in the main hall.  I think it was its simplicity that attracted me. 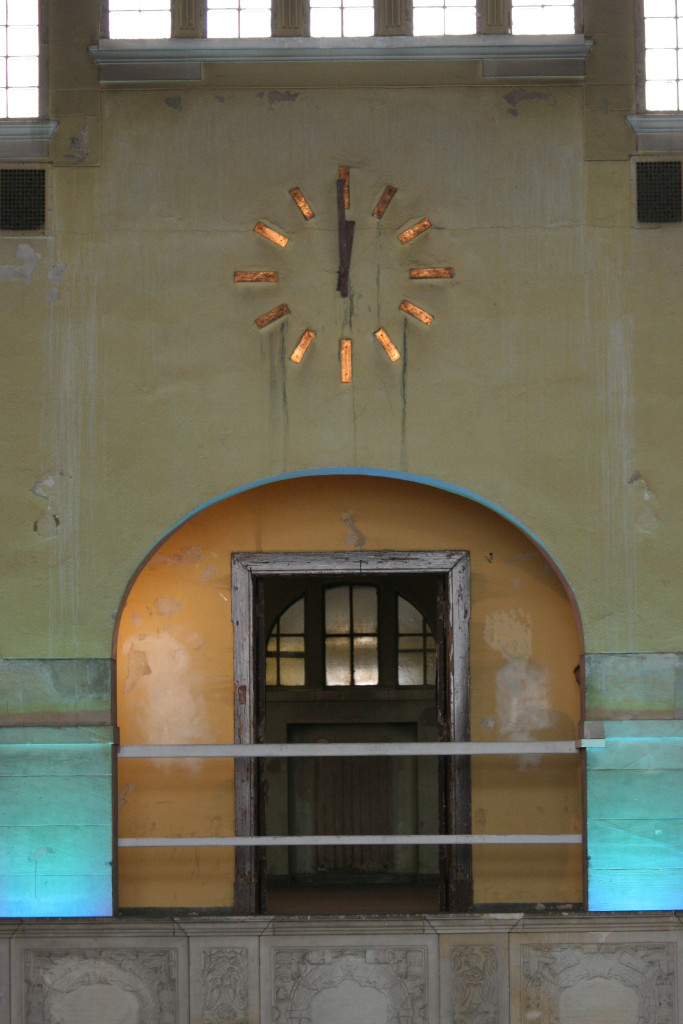 In corridors surrounding the main hall on both the ground floor and first floor were the changing rooms, showers and bathrooms, which need more than just a good scrub.  But again, it would be a shame to destroy the character in the details here, such as the dials to indicate Frei (Free) or Besetzt (Occupied). 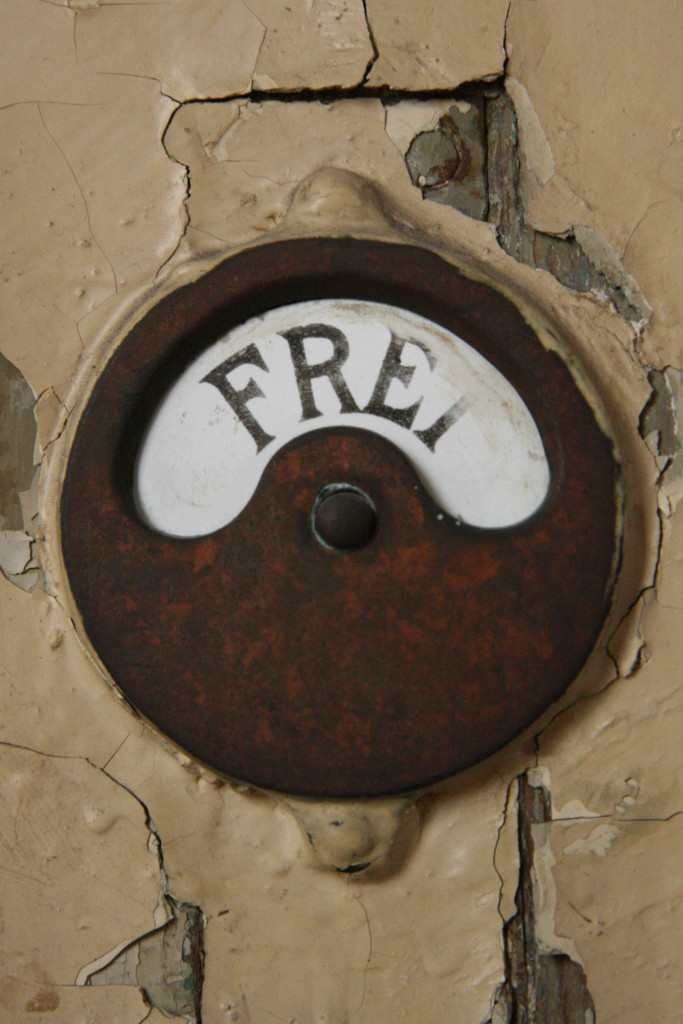 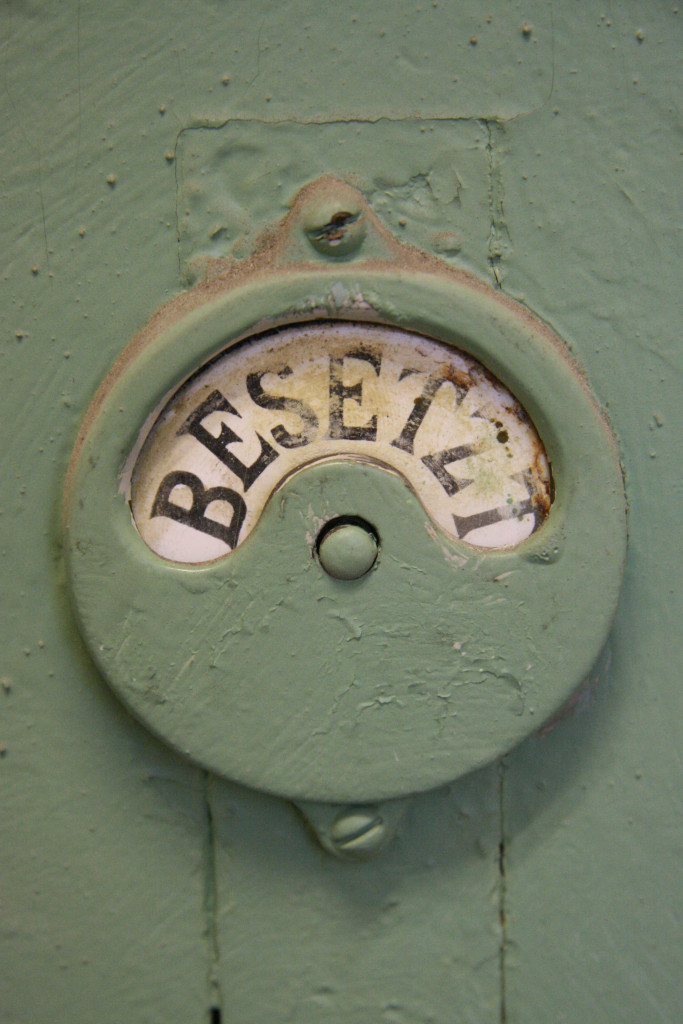 I hope that the Stadtbad Prenzlauer Berg (Stadtbad Oderberger) in Berlin will be restored to its former glory by 2015 and the space will be well used and appreciated but I’m glad that I got the chance to see it as it looks now – tired and uncared for but still beautiful in its own way. 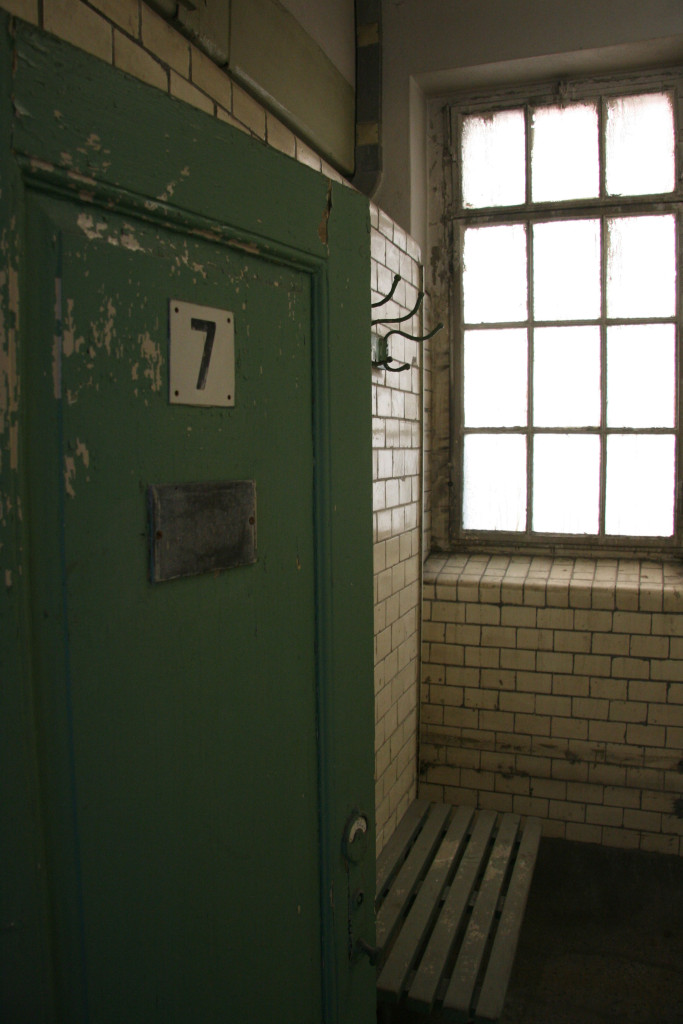 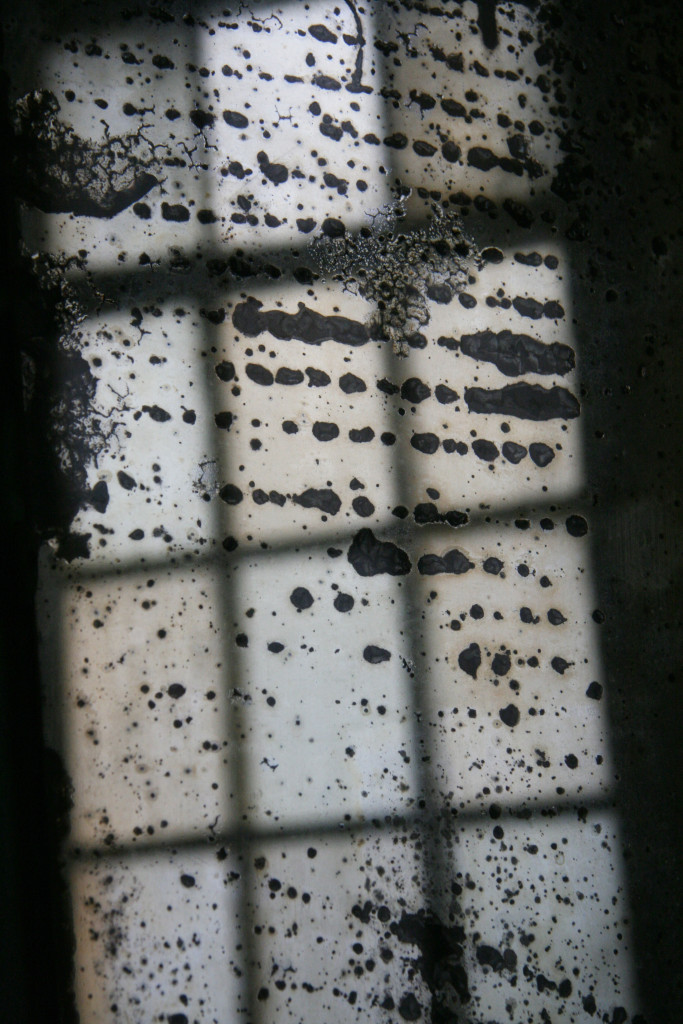 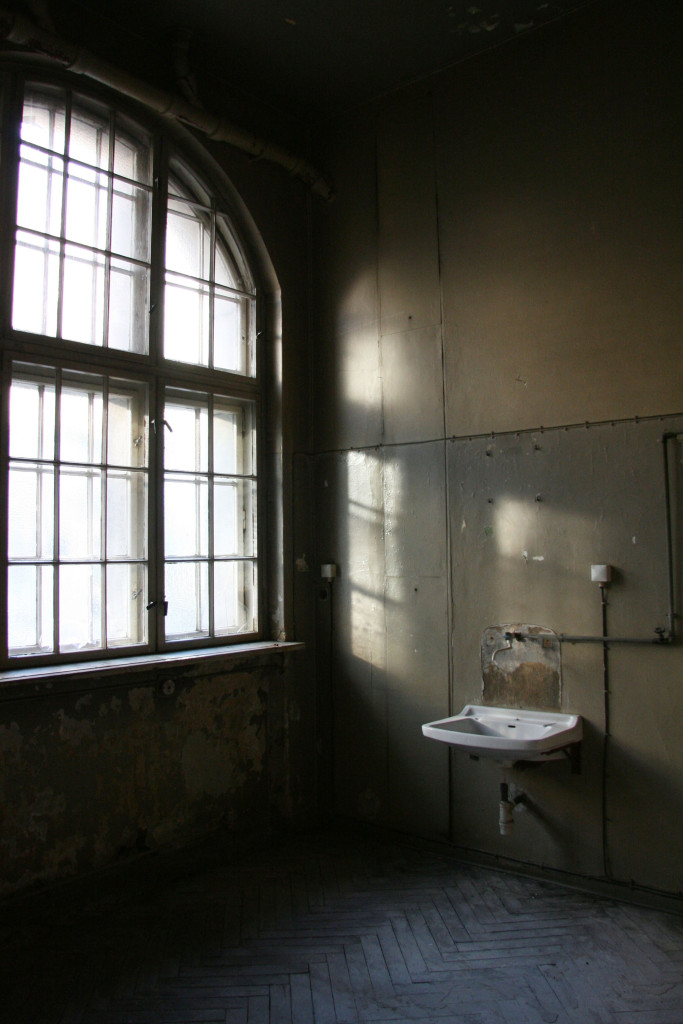 Is This Love?
Johanna Keimeyer at Stadtbad Prenzlauer Berg