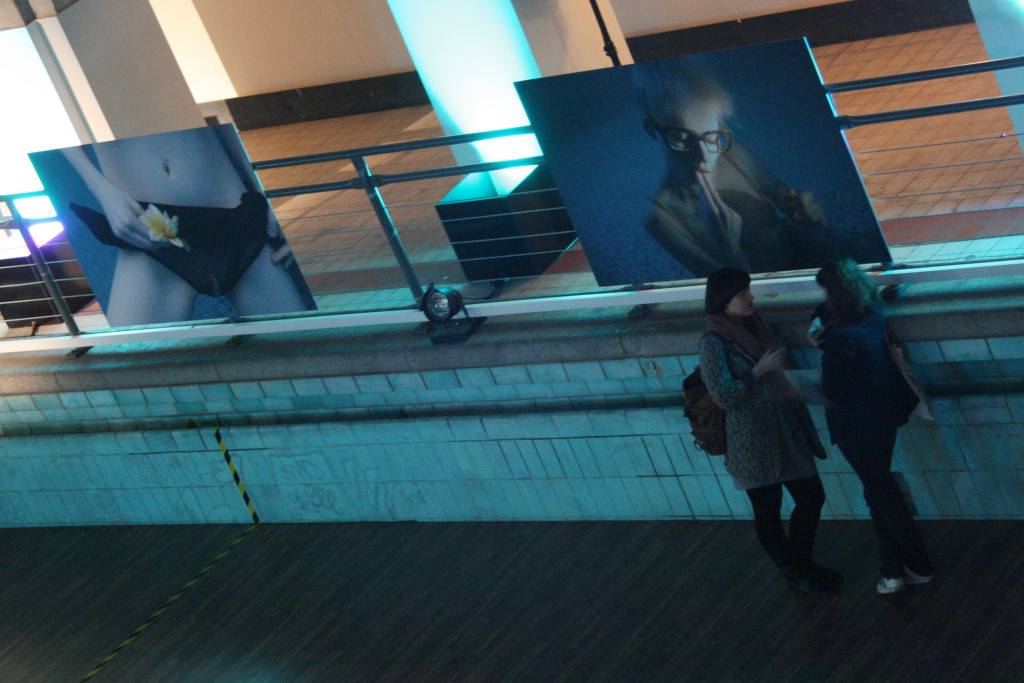 On World Water Day, Stadtbad Prenzlauer Berg opened its doors to the public and hosted Pool Around Me, an exhibition by Johanna Keimeyer.

As I’ve always wanted to see inside the Stadtbad I made sure to go to this exhibition before the GLS Language school renovates the building.

The doors were open in the afternoon and visitors were encouraged to wander around the building (see my post about it here) and able to explore the photographic element of the exhibition.  This consisted of a project in which the artist appears in photographs underwater in more than 50 hotel pools around the world.  The photographs were displayed on the walls of the swimming pool and in a side room, including a selection laid in some of the old baths, gathered here for the purpose. 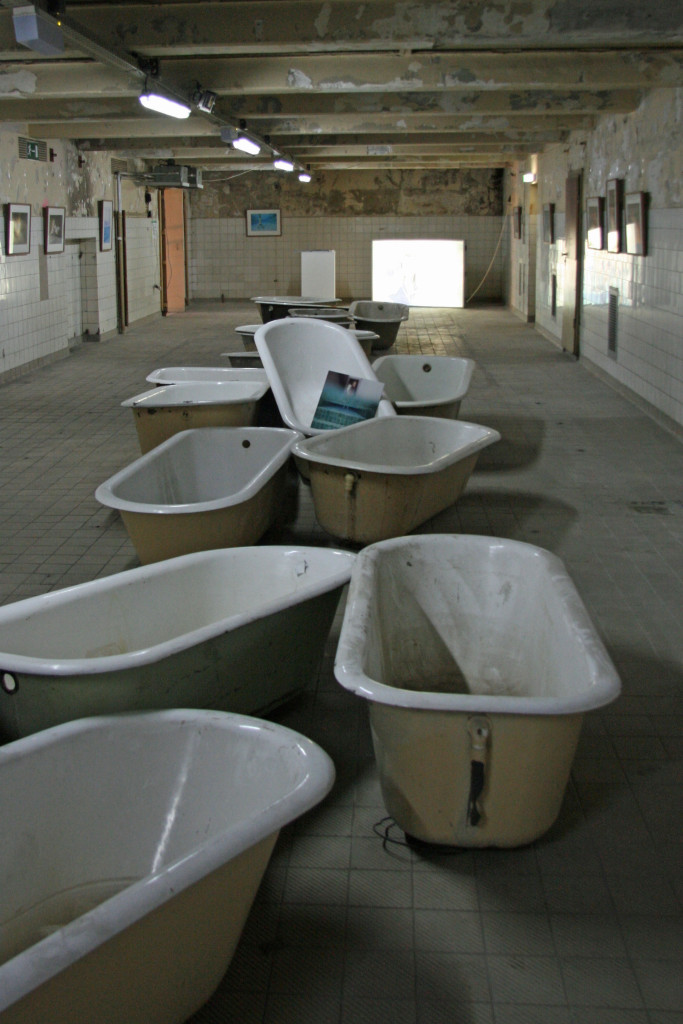 During the evening there were three performances of a video projection in which the artist, interacting live with the video, appeared to dive into the pool and swim around the walls. 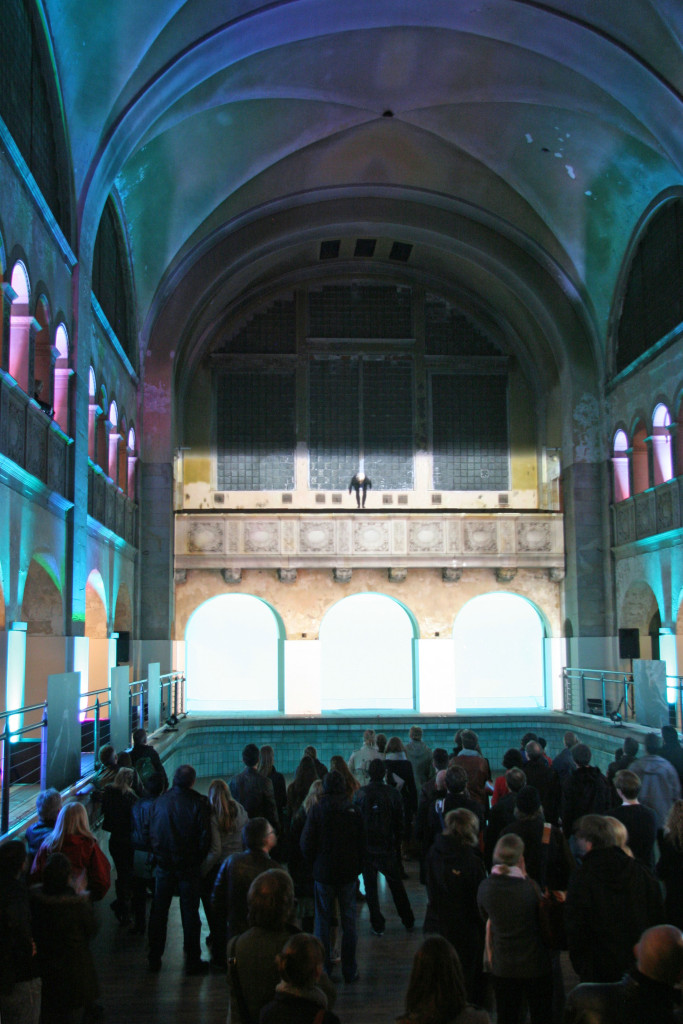 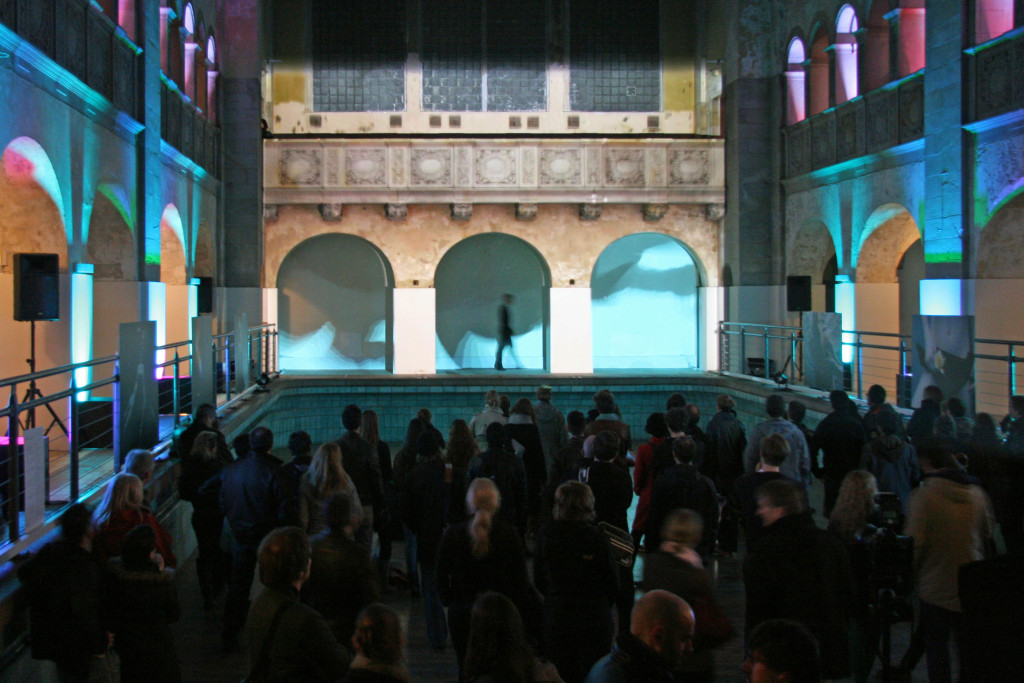 It was still possible to wander around the building at will so I couldn’t resist going back to the upper walkways now lit beautifully for the night. 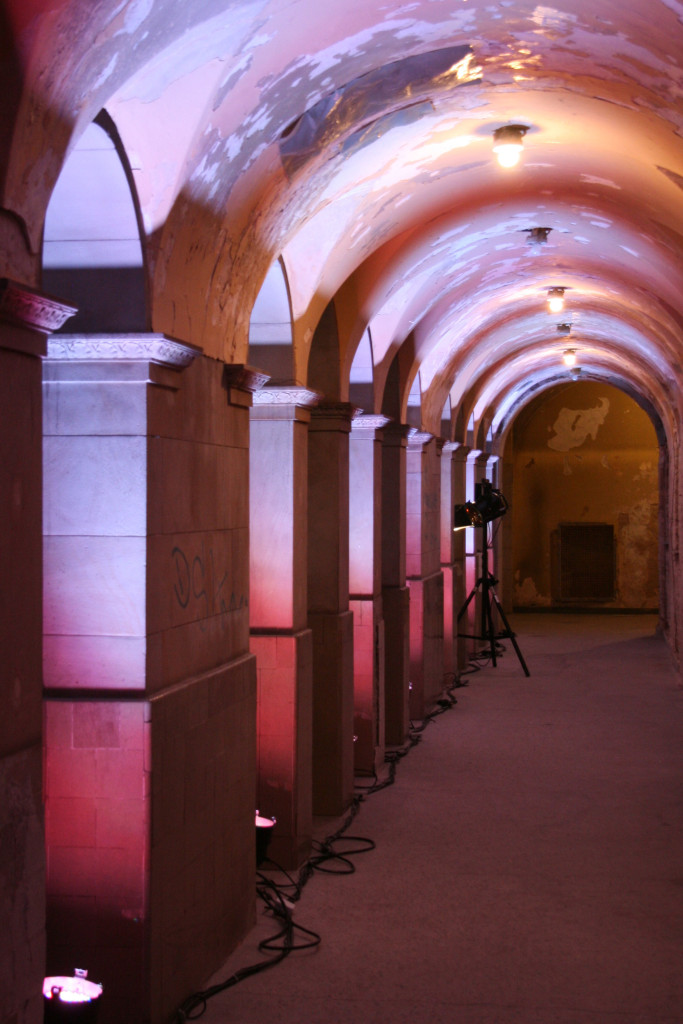 The exhibition was an inventive use of the space and enhanced the innate beauty of the building itself. 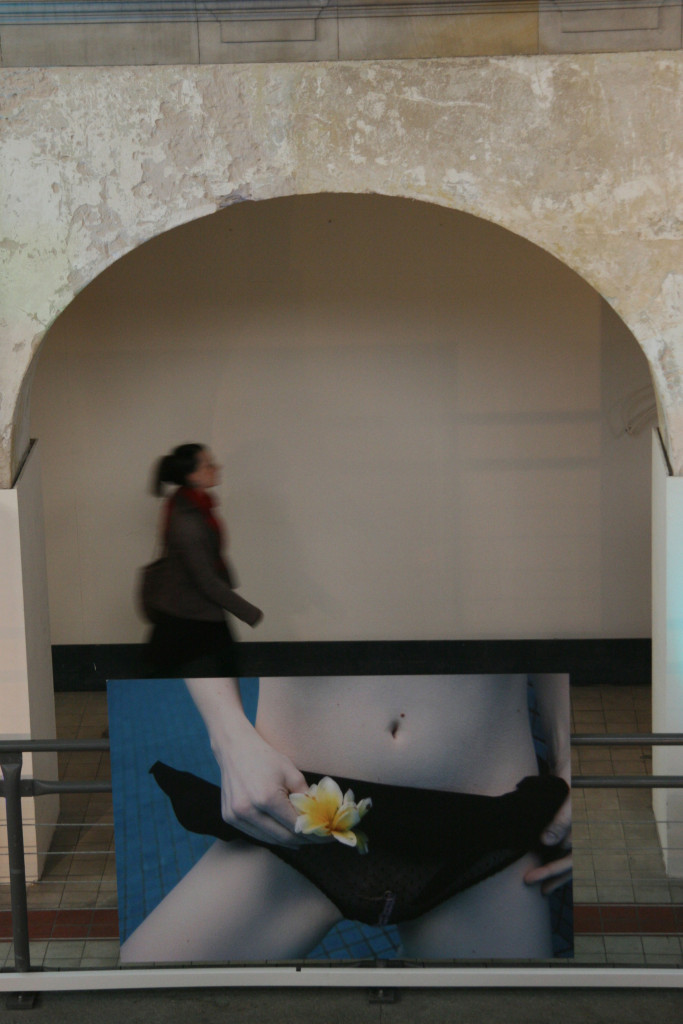 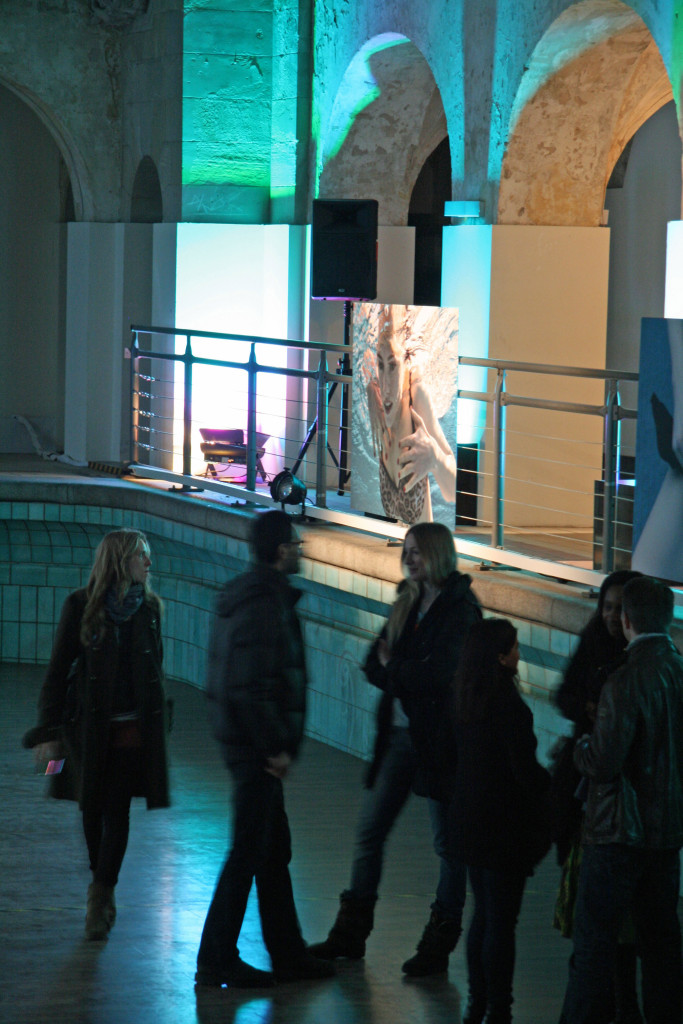