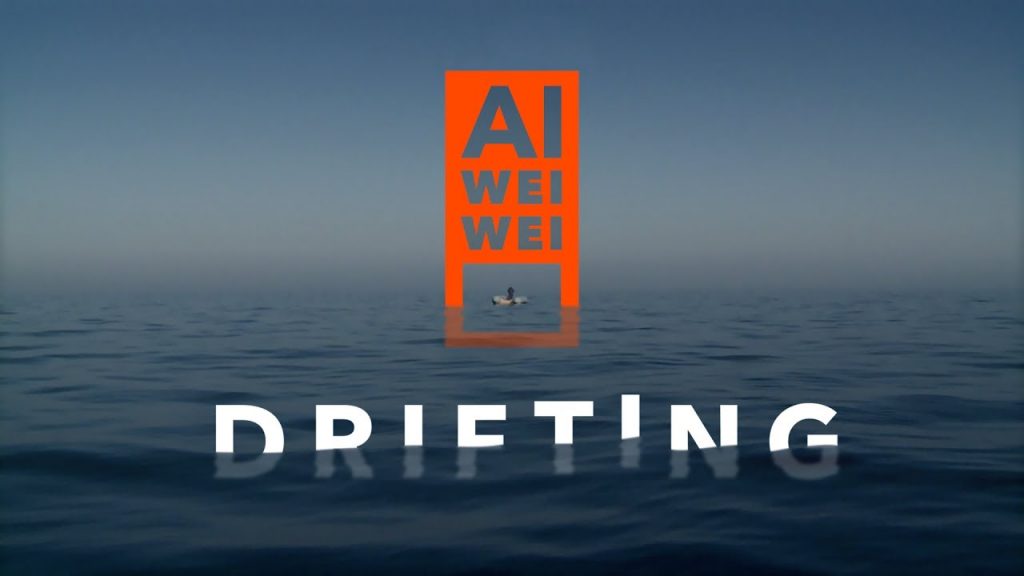 Screenshot from Ai Weiwei Drifting by DW on YouTube

For the documentary Ai Weiwei Drifting, a film crew from the Deutsche Welle followed Ai Weiwei, the Chinese artist who has made his home in Berlin, around the world for over a year. During this time Ai Weiwei was making his own documentary, Human Flow, about the plight of refugees.

Ai Weiwei understands very well what it means for a person to have to leave the country of their birth. Like his father, Ai Qing before him, his political views and activism brought him into conflict with the Chinese government.

He was detained at Beijing airport in April 2011 and held for 81 days by the Chinese authorities without official charges being brought. For all that time his family had no idea where he was or even if he was still alive. He has since described the conditions of his detention, which included being observed at all times, whether awake or asleep, by two guards.

Those 81 days were however not the end of his captivity. He was subsequently placed under house arrest and his passport was seized so that he was unable to leave China.

He moved to Berlin in July 2015, soon after the sudden and unexpected return of his passport, to live with his girlfriend, the documentary filmmaker Wang Fen and their son Lao. Since then the global refugee crisis has been a central theme in his work.

In February 2016 he wrapped the pillars of the Konzerthaus on the Gendarmenmarkt in Berlin with life vests recovered from the beaches in Lesbos (one of the main arrival points for Middle Eastern refugees in Europe). The installation, entitled Safe Passage, was part of the Cinema for Peace Gala.

Ai Weiwei has set up his Berlin studio in Prenzlauer Berg in the former brewery complex Pfefferberg. Along with creating his own artworks, it is here he meets with the students he teaches in his capacity as the Einstein Visiting Professor at the Berlin University of the Arts (UdK).

Ai Weiwei’s documentary Human Flow, which first aired at the Venice Film Festival last month, is due to be released in US cinemas next week with a global rollout to follow. In the meantime, the DW film, Ai Weiwei Drifting offers a glimpse into his life in Berlin, his art, and the work he is doing to raise awareness of the extent of the refugee crisis.