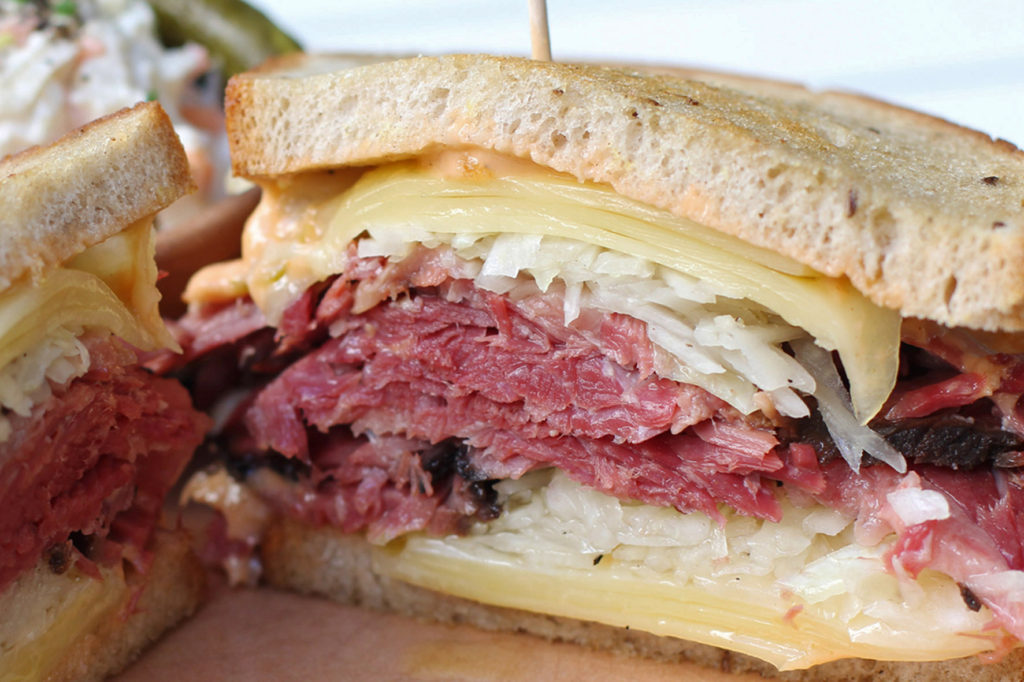 As a Brit in Berlin, I often bemoan the lack of sandwich options in the city but the Reuben at Louis Pretty, the latest venture from Oskar Melzer, is spectacularly good.

Melzer (formerly of Mogg & Melzer, which is now Mogg) opened his new Kreuzberg restaurant in partnership with brothers James and David Ardinast.  Like previous Melzer / Ardinast joint enterprises, Stanley Diamond and Maxi Eisen in Frankfurt, Louis Pretty is named after a member of the Jewish mob in New York, the so-called Kosher Nostra.  Louis ‘Pretty’ Amberg, who was apparently anything but, had a penchant for stabbing people in the face with a fork.

Fortunately, the only violence you’ll see at his namesake in Kreuzberg is diners attacking their food with fervour. 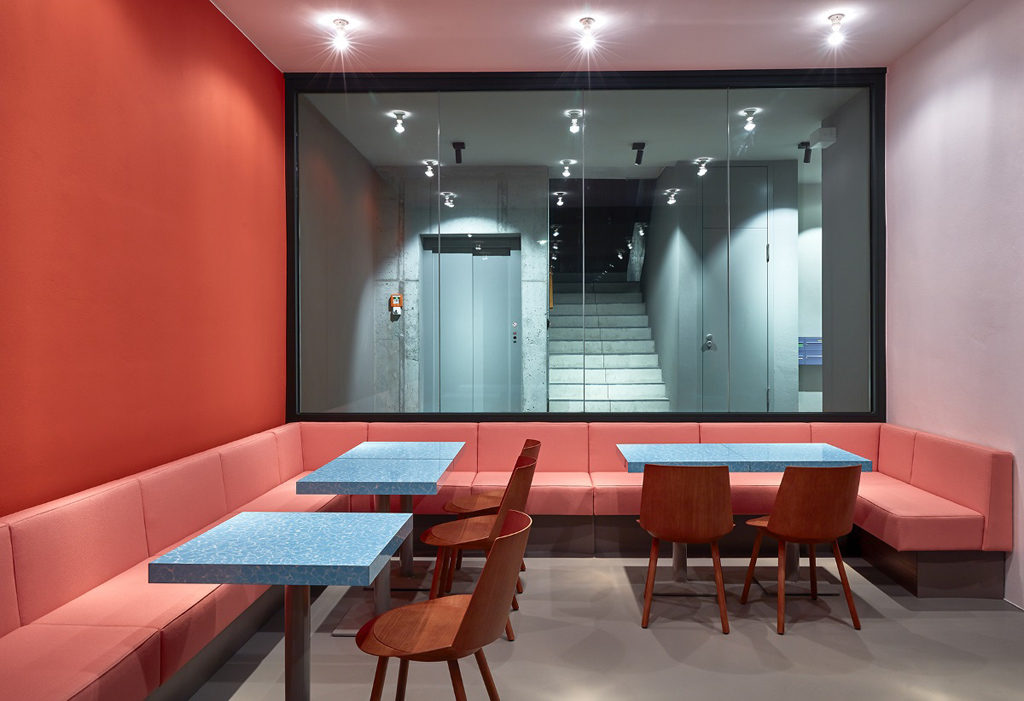 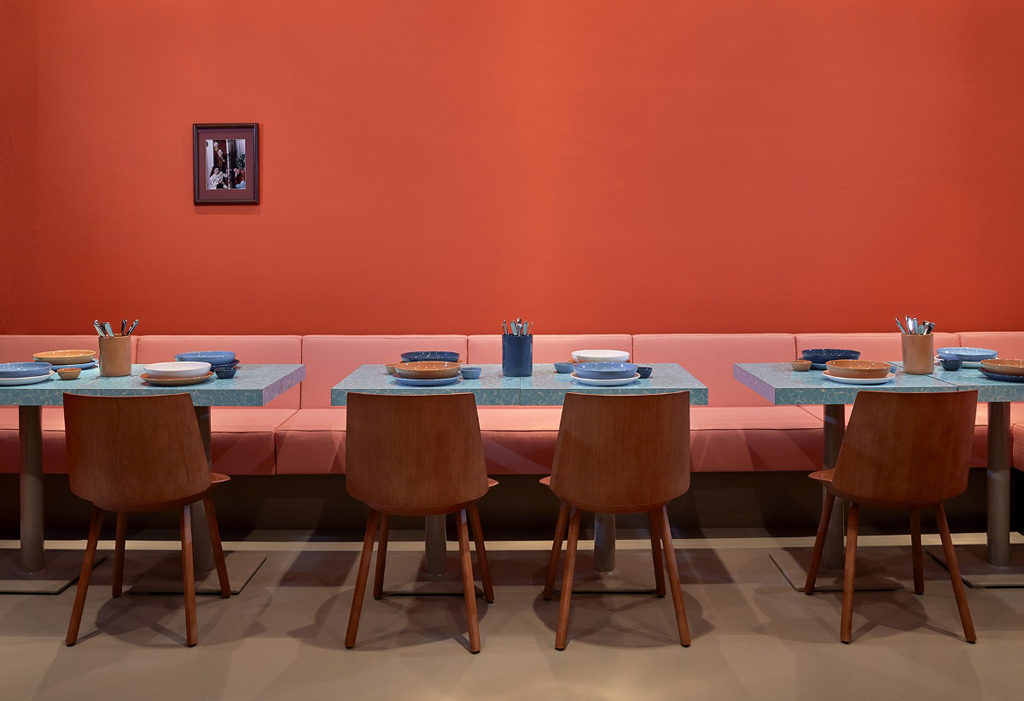 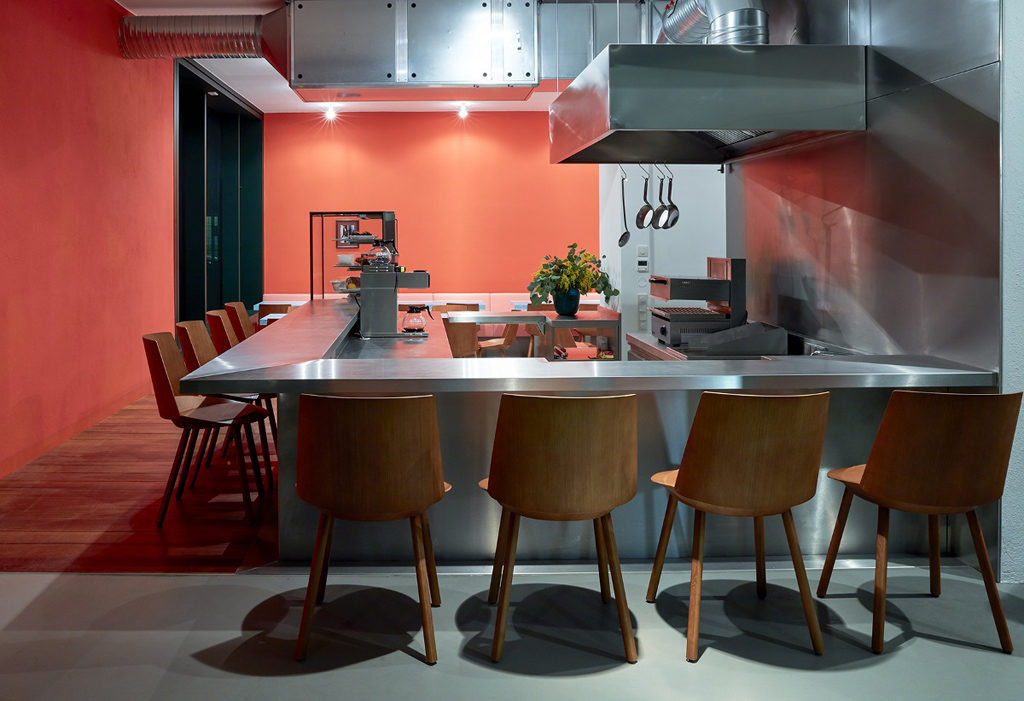 The restaurant’s striking interior by Philipp Mainzer was inspired by Palm Beach and David Hockney’s ‘A Bigger Splash’ – so there are burnt orange walls, pink upholstery and swimming pool design table tops that will make you want to dive into your food.

The kitchen, overseen by New Yorker Joey Passarella, serves a largely pastrami based menu and the overall concept is modern Jewish deli. 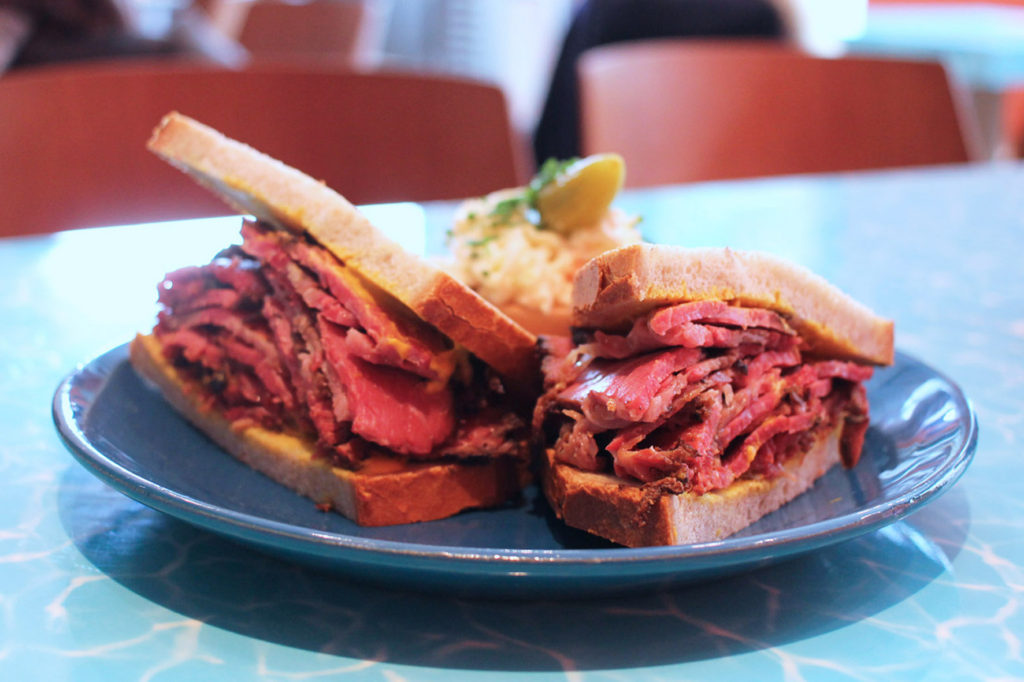 On my first visit, during the soft opening phase in February, I was hugely impressed by the Classic Pastrami Sandwich – wonderfully soft and fluffy rye bread filled with perfectly tender and spicy pastrami (which always makes me think of eating the most luxuriant hot dog) with a generous helping of French’s mustard to take the pep up a notch.  All that comes with a small bowl of tasty coleslaw and a crunchy gherkin on the side. 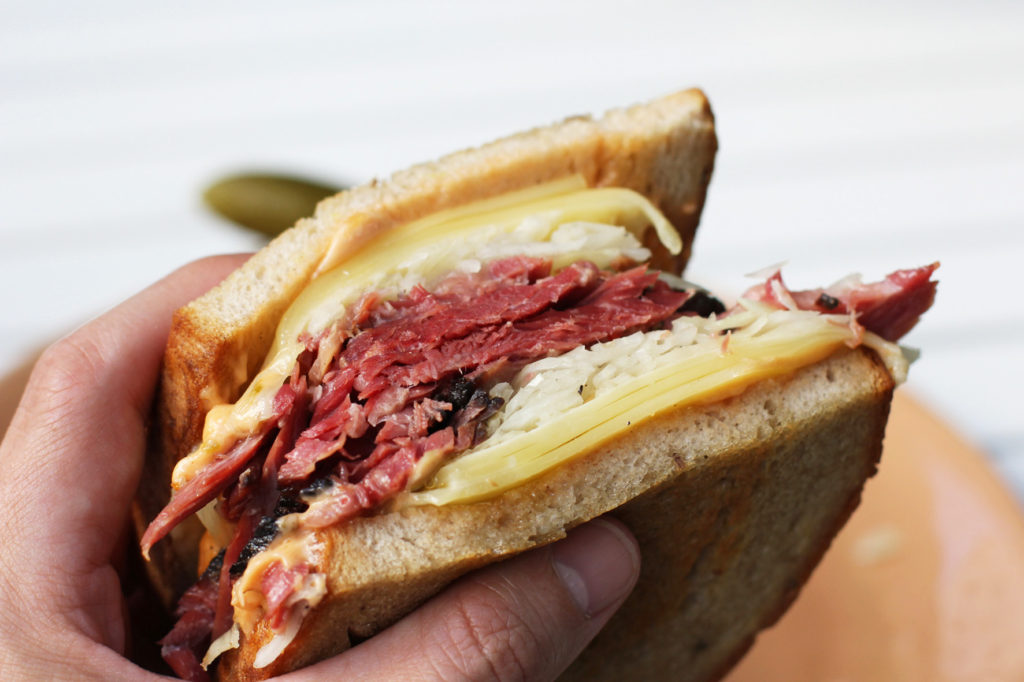 However, the Reuben I ate there last surpassed even that heavenly ensemble.  In the Reuben, the pastrami and mustard are backed up by melted Swiss cheese, Russian Dressing and Sauerkraut and the Rye bread on which it is served has been toasted.

For summer, tables on a terrace outside the Ritterstrasse restaurant supplement the eye-popping interior space. 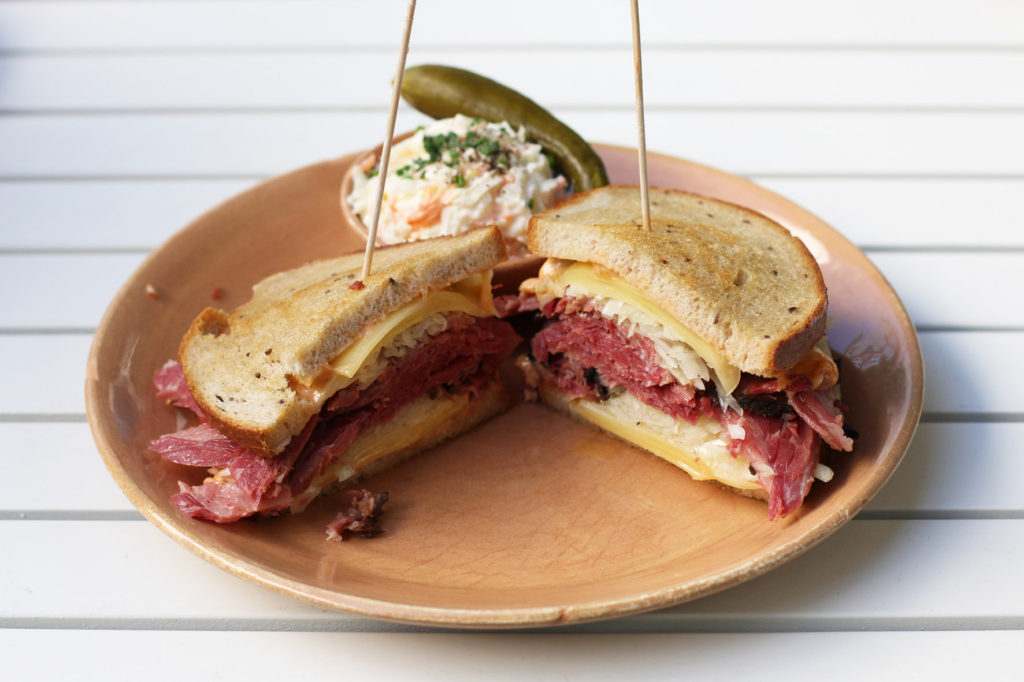 Louis Pretty has a highly photogenic interior backed up by a solid food concept and mouth-wateringly delicious food, which in design-conscious Berlin, seems like a recipe for success to me.