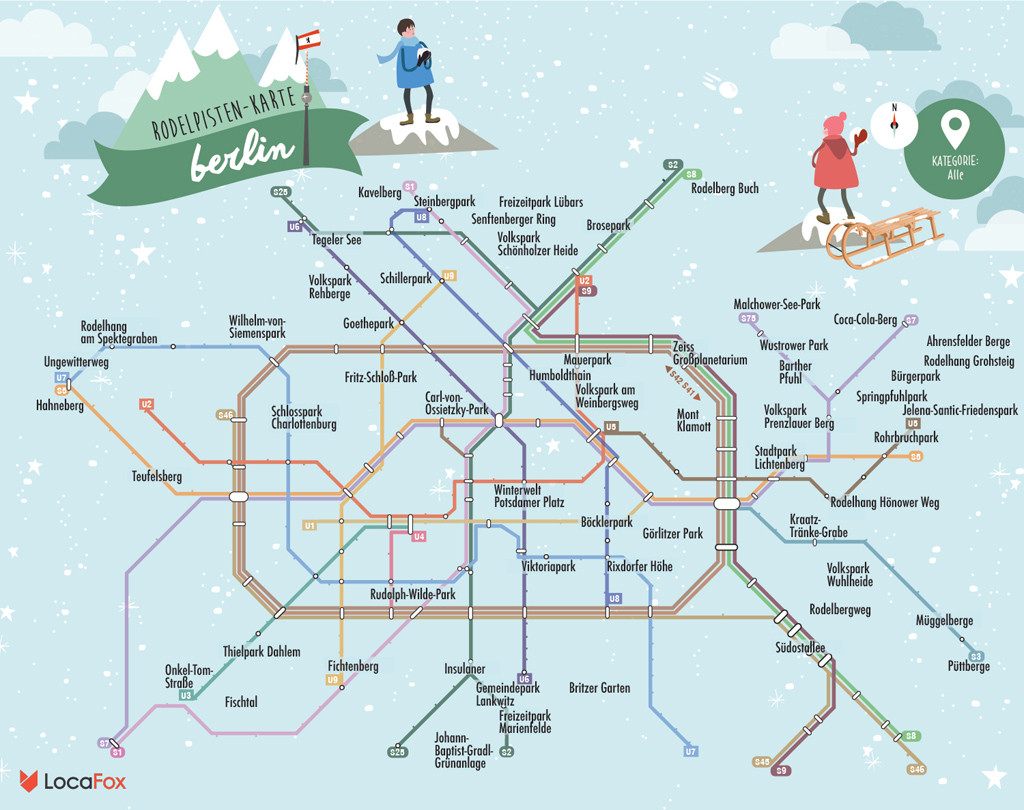 It would seem that Berlin made a New Year’s Resolution and it was to provide the winter wonderland that many were hoping for.  The only question now is where to make the most of the snow and Locafox has provided the answer with an interactive Berlin sledging map.

After a positively balmy Christmas in Berlin, temperatures have taken a serious nosedive and Arctic winds have brought the first snow of 2016.

Berlin is a generally flat city so finding the perfect spot to hurtle down a hill on your toboggan, dustbin lid, or phallic-looking mini-sled* isn’t easy and that’s where the Berlin sledging map comes in.

Following the now standard format of presenting the information on a revised version of the Berlin transport network map, the folks at Locafox, have organised the city’s slopes by their nearest S- or U-Bahn stations.

The map includes a variety of inclines from the gentle gradients of the Mauerpark and Volkspark am Weinsbergweg to the more serious hills of Viktoriapark and the Teufelsberg.