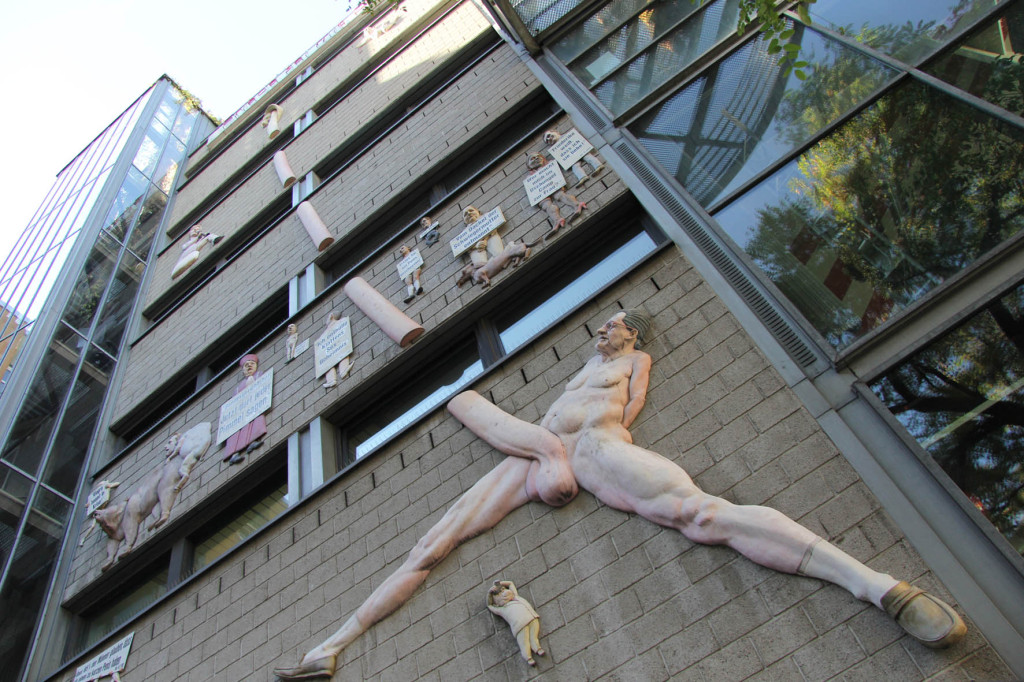 I’ve seen some bizarre art in my time but Friede sei mit Dir by Peter Lenk – a relief sculpture of a giant penis on Rudi-Dutschke-Strasse in Berlin is about as strange as it gets.

As the artwork is only a short walk from Checkpoint Charlie this is always a bit of light relief from the history of Berlin when I am showing visitors around the city.

The relief was erected on the side of the offices of the Die Tageszeitung (Taz) tabloid newspaper in 2009 as a big middle finger to Kai Diekmann chief editor of rival gutter rag Bild. 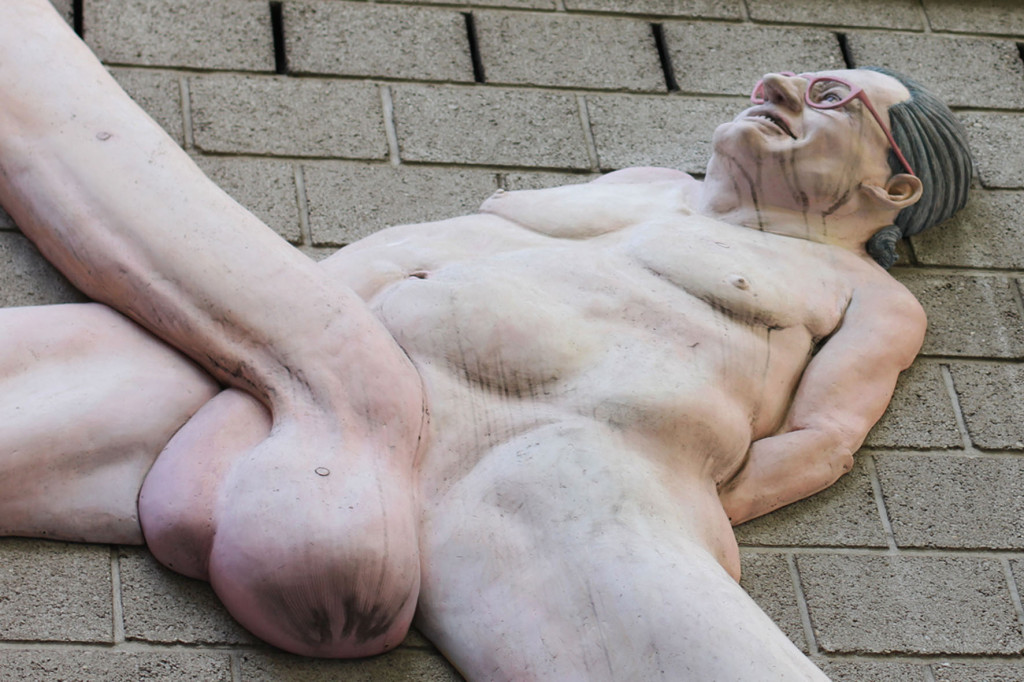 Animosity between the two newspapers came to a head in 2002 when Taz published an article claiming Kai Diekmann had undergone an unsuccessful penis enlargement procedure.  At the time the procedures were relatively new but the number performed has swelled and Germany is now ‘the world’s capital of penis enlargement’, according to the Guardian.

Many readers missed the intended satire (including the Bild editor’s mum some reports claim) and Kai Diekmann failed to see the funny side and sued Taz for damages.

In what would have been perfect karma to those who have had their private lives splashed across the pages of Bild, the judge rejected the claims stating that:

Diekmann wasn’t the only one who didn’t appreciate the sculpture.  Ines Pohl, who was then recently installed as editor in chief at Taz, is quoted by Spiegel Online as saying:

If the artist Peter Lenk has his way, I’m going to have to lock up my bike every morning under a six-meter-long schlong for the next two years. What a pathetic provocation. How tedious. I’m just not interested in this inflated smugness that revolves around the sad, never-ending male rivalry over who has the longest penis.

As well as featuring Diekmann as the main character with the 5-storey penis, a cast of individuals Taz considers were wronged by Bild also adorns the wall. 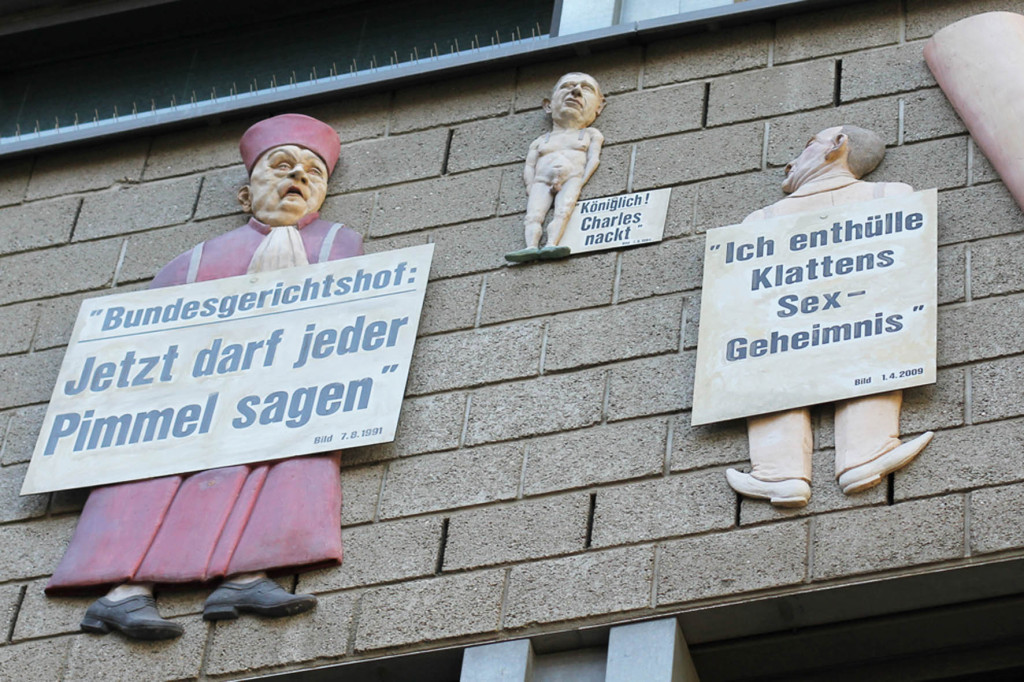 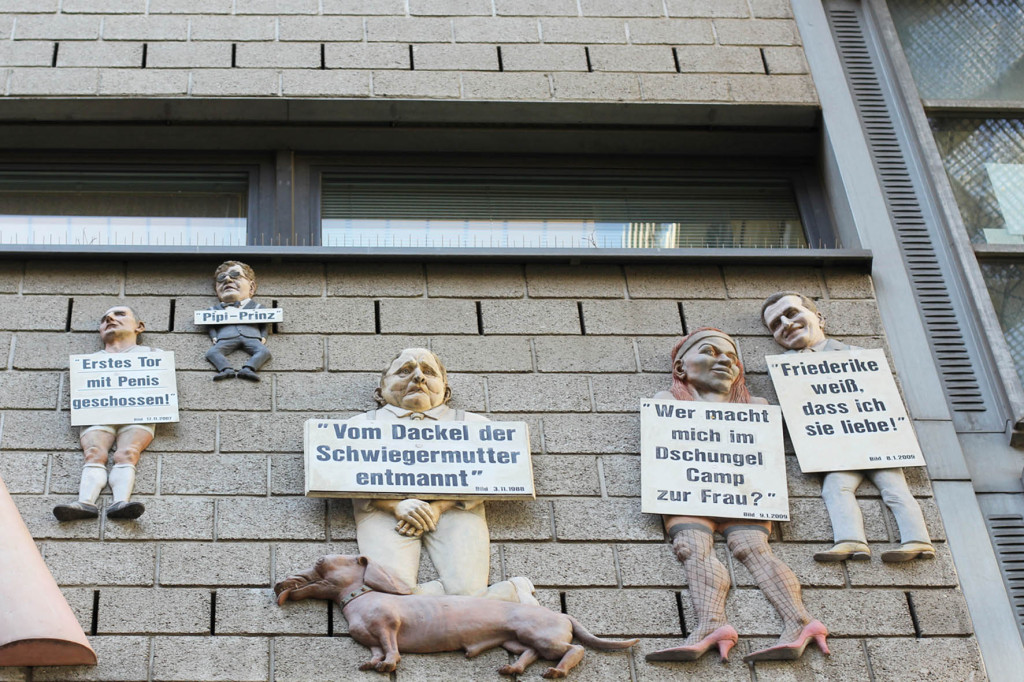 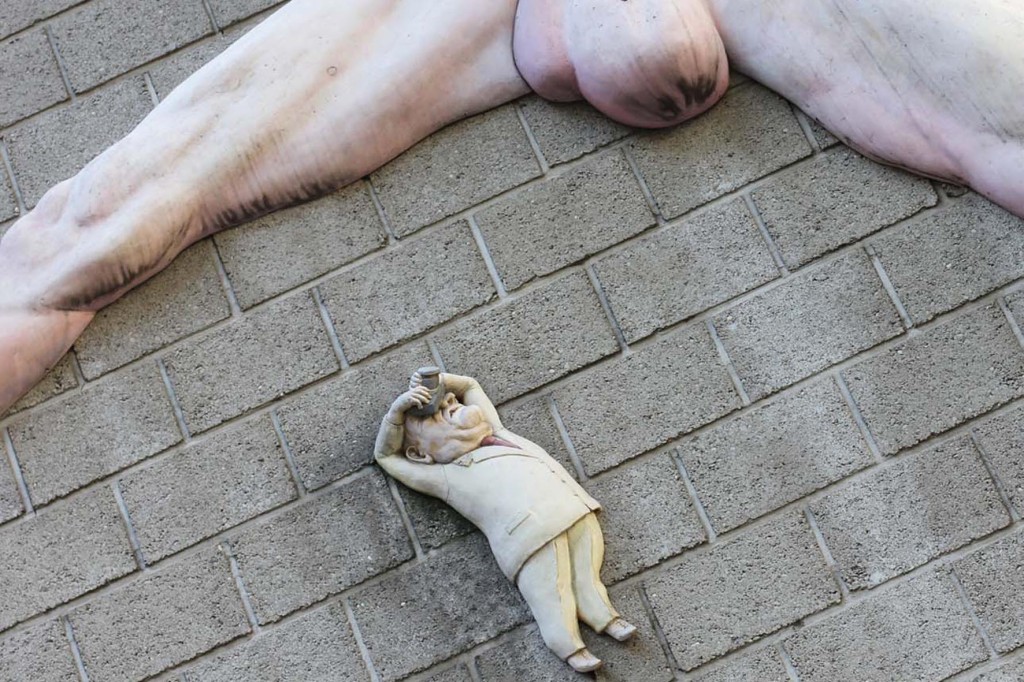 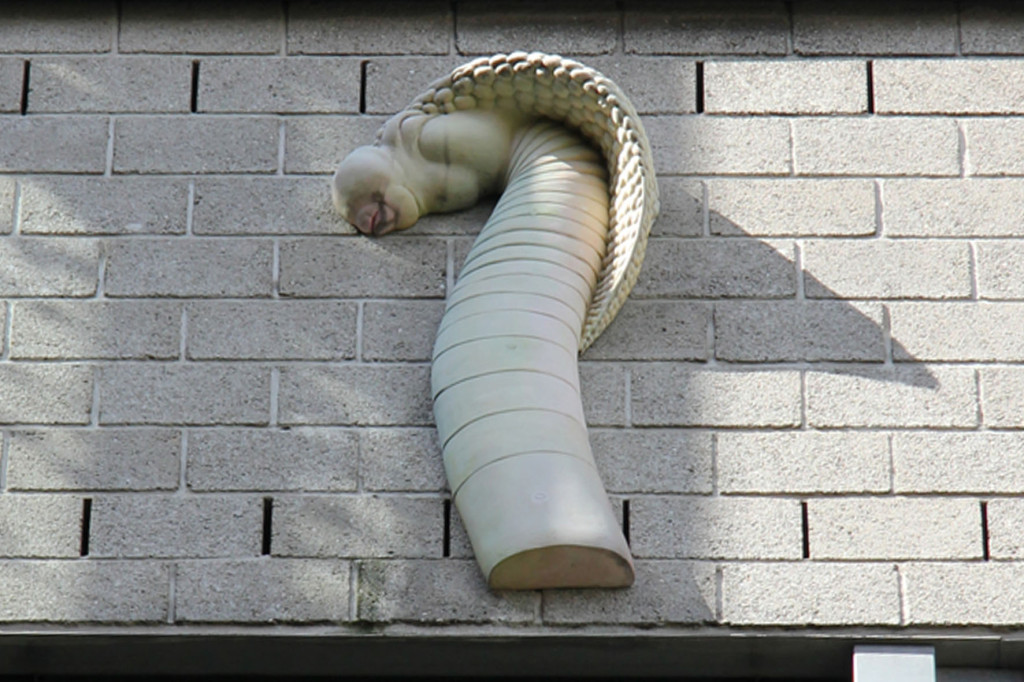 The title Friede sei mit Dir (Peace Be With You) is also a play on the name of Friede Springer, widow of Axel Springer and head of the publishing house responsible for Bild.  Springer features personally in the artwork as a snake charmer (the giant penis bizarrely ends in a cobra’s head). 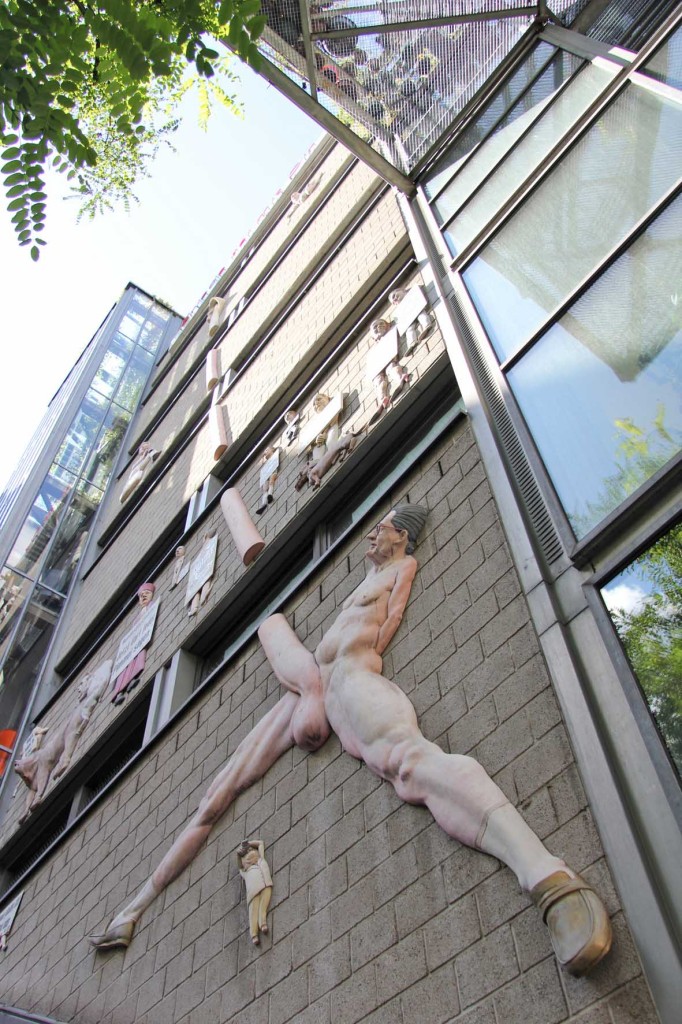 It’s difficult to enjoy the giant penis relief sculpture in its full (morning) glory because of the trees in front of the building but Friede sei mit Dir by Peter Lenk adds to the bizarre fabric of Berlin and should bring a smile to visitor’s faces.