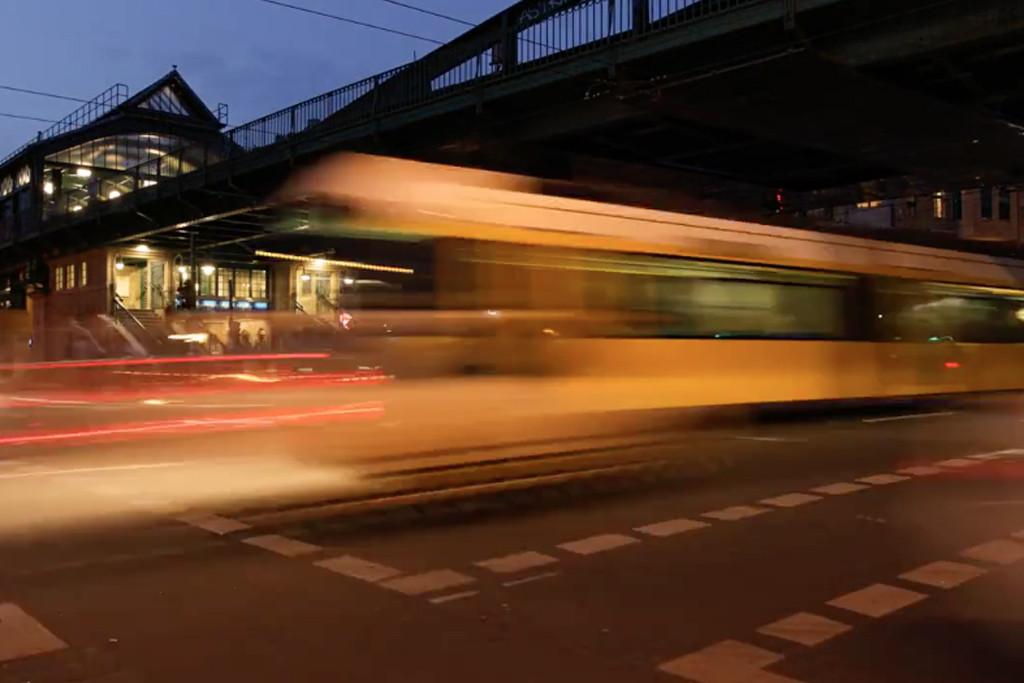 Berlin Dynamic is an exceptional timelapse video from Matthias Makarinus made up of over 50,000 photos shot between May 2010 and September 2011.

I never get tired of watching this video, which was the first of Matthias Makarinus’ creations I saw, though three others have made it onto the blog before it.

There are some familiar sights and events featured: the Siegessäule, Konnopke’s Imbiß and Bearpit Karaoke for instance and the way that the Weltzeituhr is filmed so that it spinning seems to swirl clouds around the Fernsehturm is genius.

Much of Berlin Dynaimc though, is made up of more mundane goings on like the daily commute, which I’m sure Berliners only wish could be so quick and I love the end sequence with the lights going on and off in what I think is the Park Inn Hotel on Alexanderplatz (a fabulous place to view a Berlin sunset).

Bekarei – Baked in Berlin with Love
Sunday Documentary – Berlin Airlift: The Story of a Great Achievement