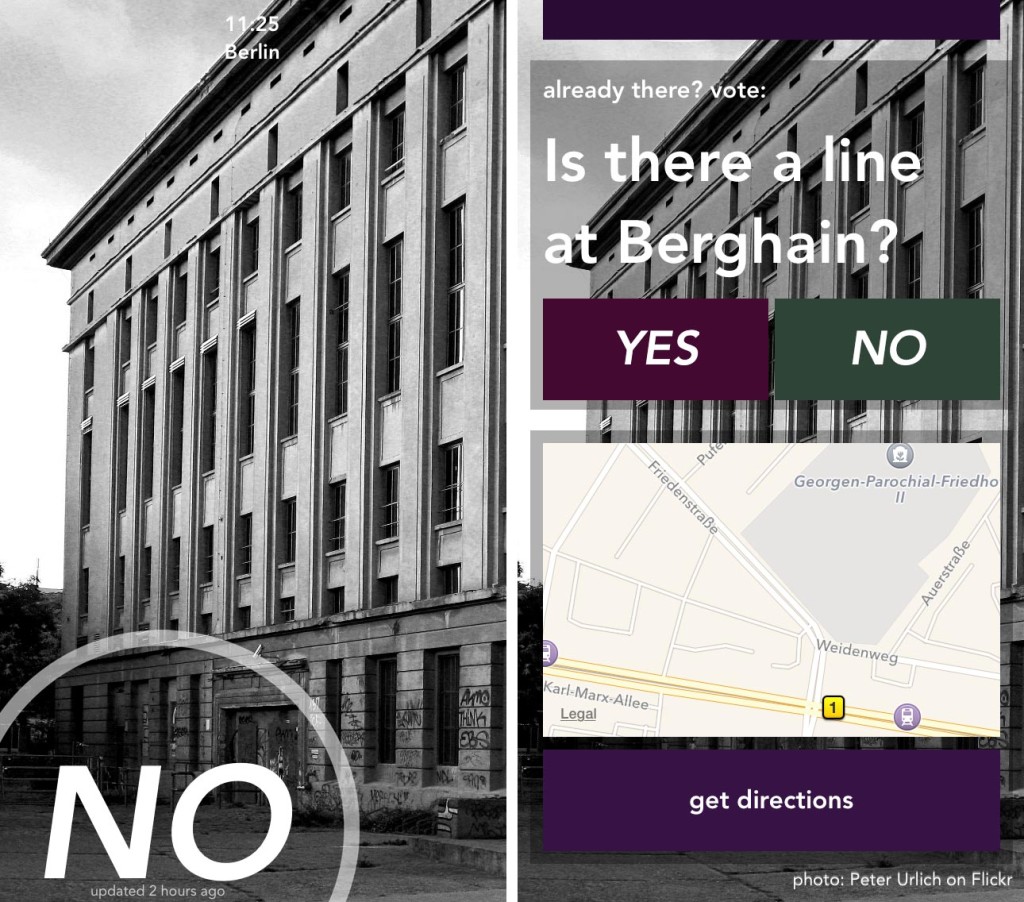 Photo: Screenshots from Is There A Line At Berghain?

There are some apps that you know that you will use every day and some that you need on your phone just in case – Is There A Line At Berghain?, a new app that tells you if there is a queue at Berlin’s iconic club definitely falls into the latter category.

Picture the scenario: you’re out for the night with friends, you’ve had a few drinks and now you’re in the mood to dance so you go to your favourite club only to find that there’s a huge queue and you have to wait an hour to get in – instant buzz killer, right?

Is There A Line At Berghain? is the solution to your problem if that night out is in Berlin and the club you’re heading for is Berghain.

The app (there’s also a website for those whose pre-club routine takes place at home) is driven by data crowd-sourced from users who cast their votes in the app so as developer Danuta Dramowicz points out “…it depends on people a) voting often and b) voting honestly (actually being there, not lying, etc).”

Also, “the status is based on an algorithm that updates itself only when a certain amount of people have voted YES or NO within a pre-determined time frame.”

The app has only been available for a couple of days but as it gains users it will therefore be more up-to-date and more accurate. 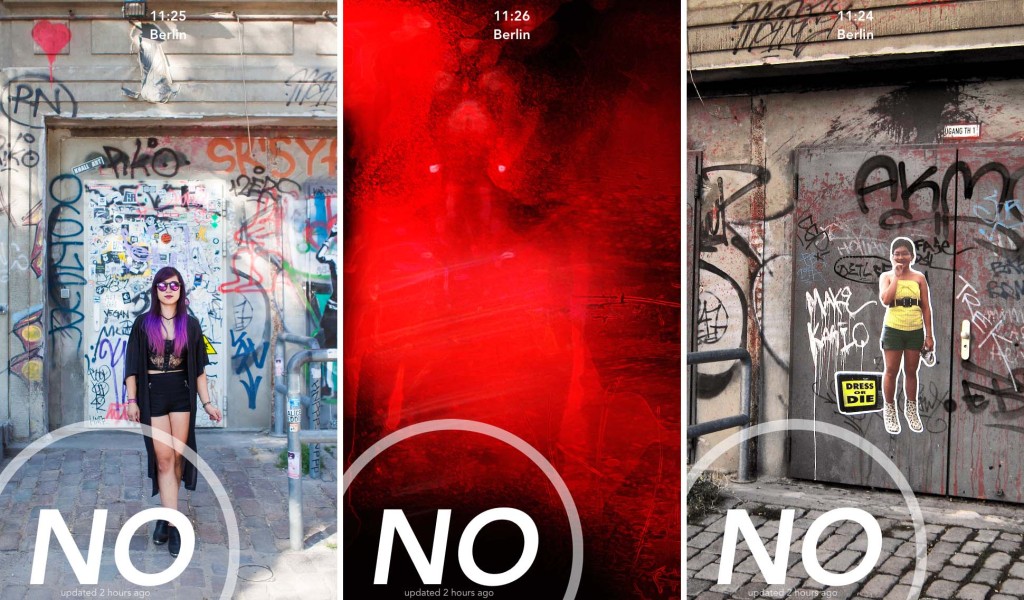 Photo: Screenshots from Is There A Line At Berghain?

As well as answering the burning question about the queue, the background images for Is There A Line At Berghain?, sourced from Flickr that that change each time you load the app, will help get you in the mood for your clubbing experience.

App, Berghain, Berlin, Is There A Line At Berghain?