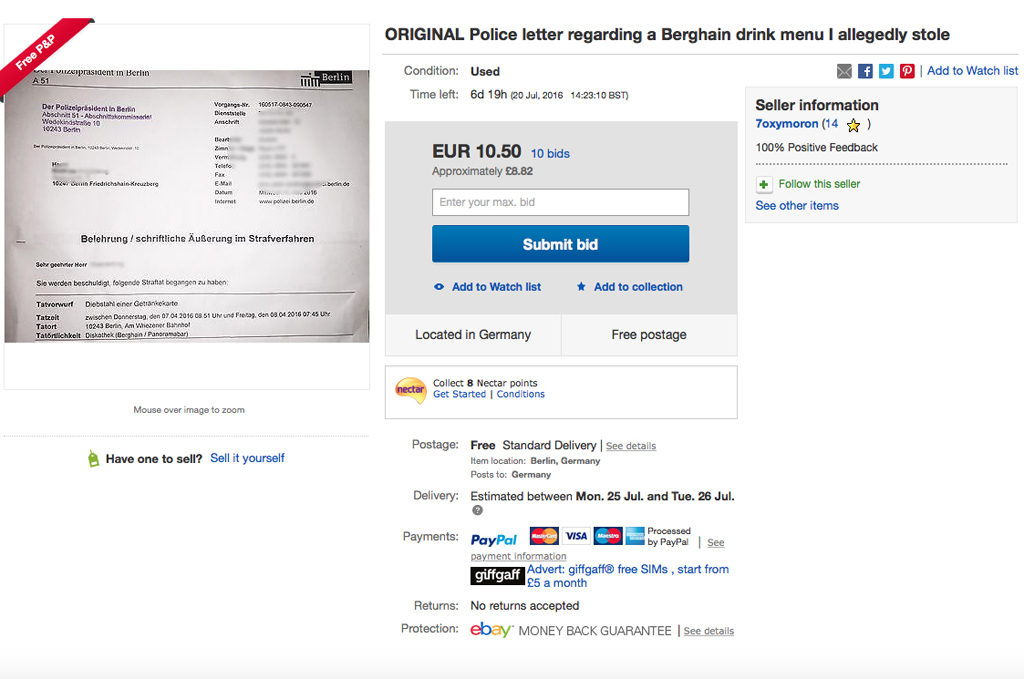 Back in April 2016, it caused quite a stir when a Berghain / Panorama Bar drinks menu appeared for sale on eBay and now the seller is back and this time he’s offering the letter he got from the police about his alleged Berghain drinks menu theft.

Berghain, located in a former East Berlin power plant, is arguably the world’s most famous club.  Its notoriety is often attributed to the mystery surrounding its interior (there is a strict no camera policy with staff going so far as to place stickers over smartphone cameras) and the difficulty of getting past Sven Marquardt, the inscrutable doorman.  Despite, or perhaps because of the notoriously strict and, for most observers, unfathomable door policy, hundreds of clubbers queue for hours every weekend hoping to make it into the hallowed temple of Techno.

As a result of this infamy, some of those who haven’t had the chance to see the club for themselves are keen to snap up any Berghain related souvenirs. 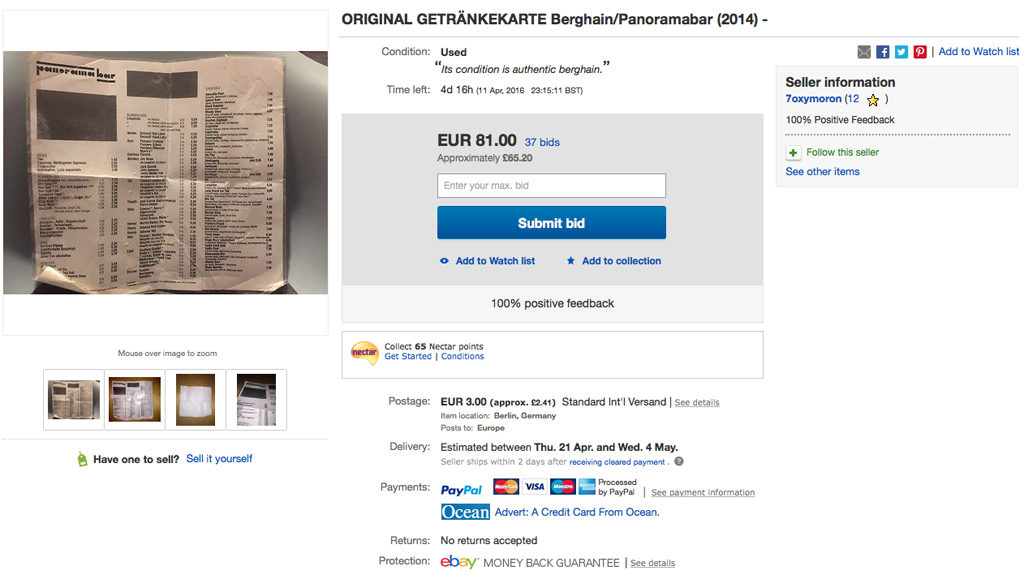 One enterprising eBay user, 7oxymoron, spotted a money making opportunity and offered a drinks menu for sale.  The condition was described as “authentic Berghain” and the description read:

This is an authentic “getränkekarte” (drinks menu) from Berghain/Panoramabar.  It is still in the same condition it was found in Berghain in.

The listing got lots of coverage through Berlin blogs and newspapers and was featured on a number of websites dedicated to Electronic music and had soon racked up bids in excess of 80 euros.

Unfortunately, the item was withdrawn before the auction could be completed and someone obviously didn’t see the funny side because 7oxymoron is back and now he’s offering up a letter he received from the police about his alleged theft. 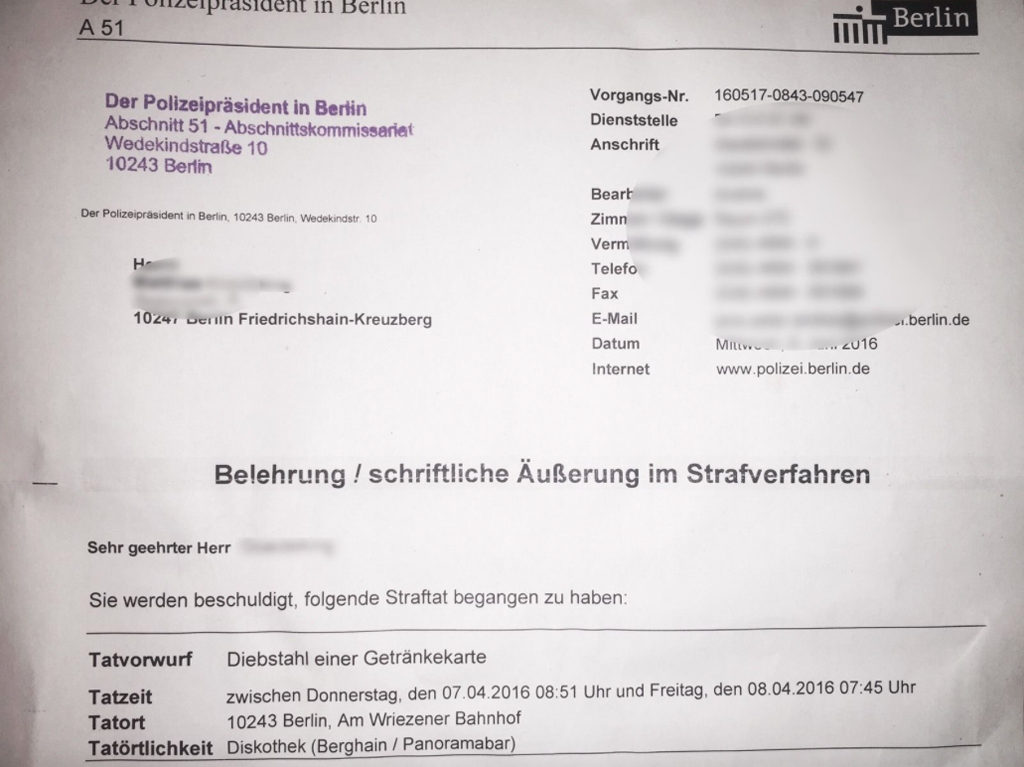 The description this time around:

How long this time I wonder before 7oxymoron is forced to withdraw the item and how high will the bids get for his letter about his alleged Berghain drinks menu theft in the meantime?