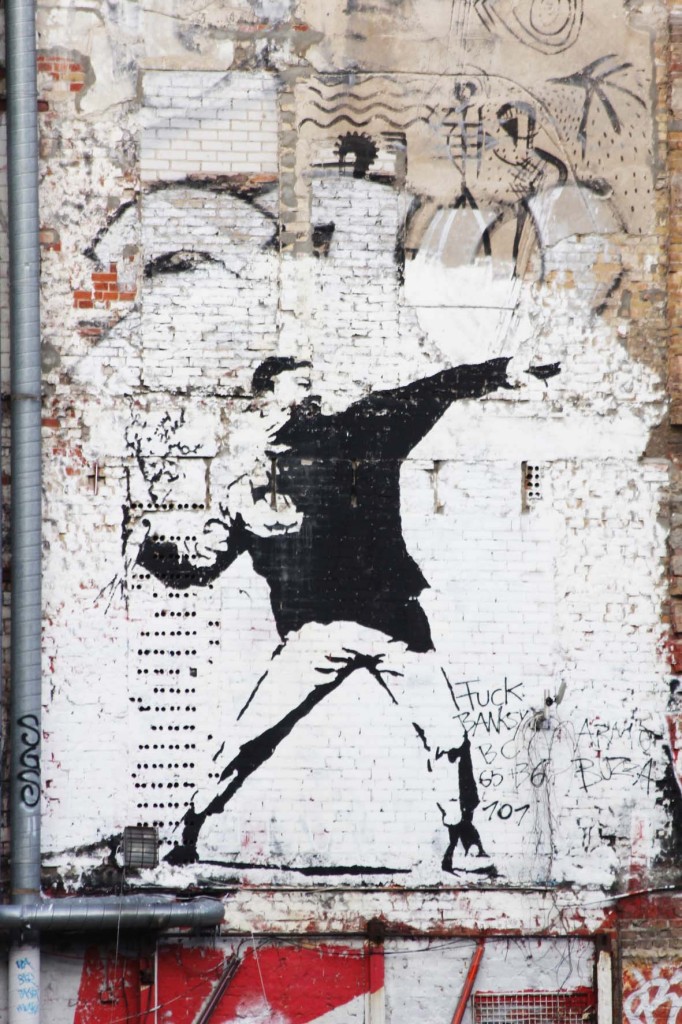 Did you know that there is a large-scale example of one of the most recognisable Street Art pieces by undoubtedly the most famous Street Artist in the world in Berlin?  Banksy’s Flower Chucker / Thrower has been reproduced by thousands of opportunistic entrepreneurs on posters, mugs and canvases. You can even buy your own stencil.  The piece can be found in the courtyard of what was the Kunsthaus Tacheles (Art House Tacheles). 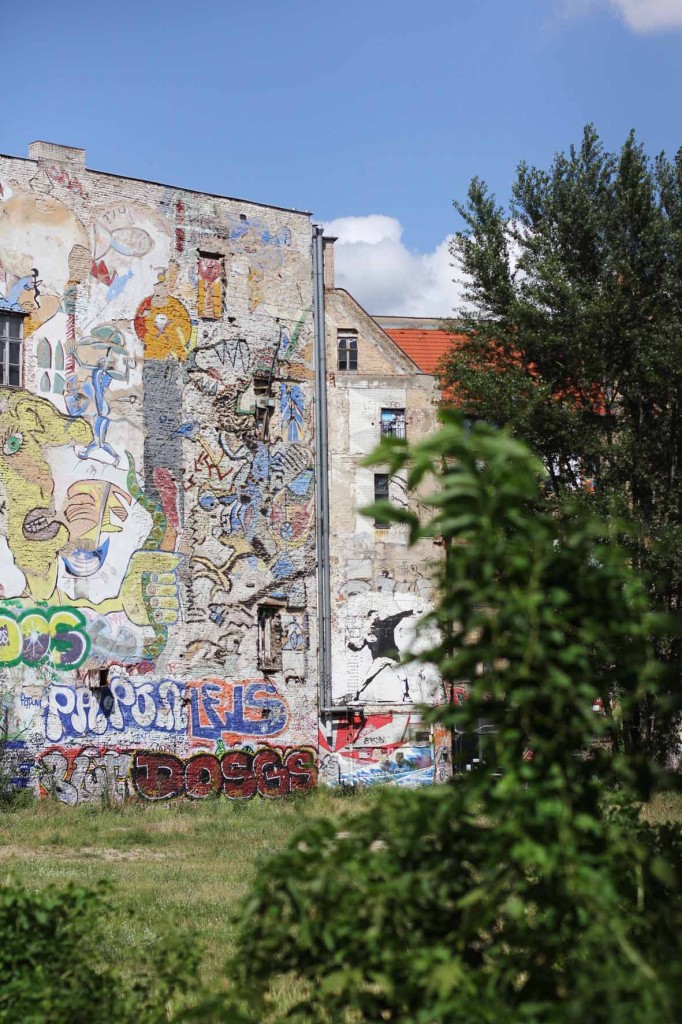 Tacheles is a former department store squatted by a group of artists soon after the fall of the wall that became one of Berlin’s most popular tourist attractions. 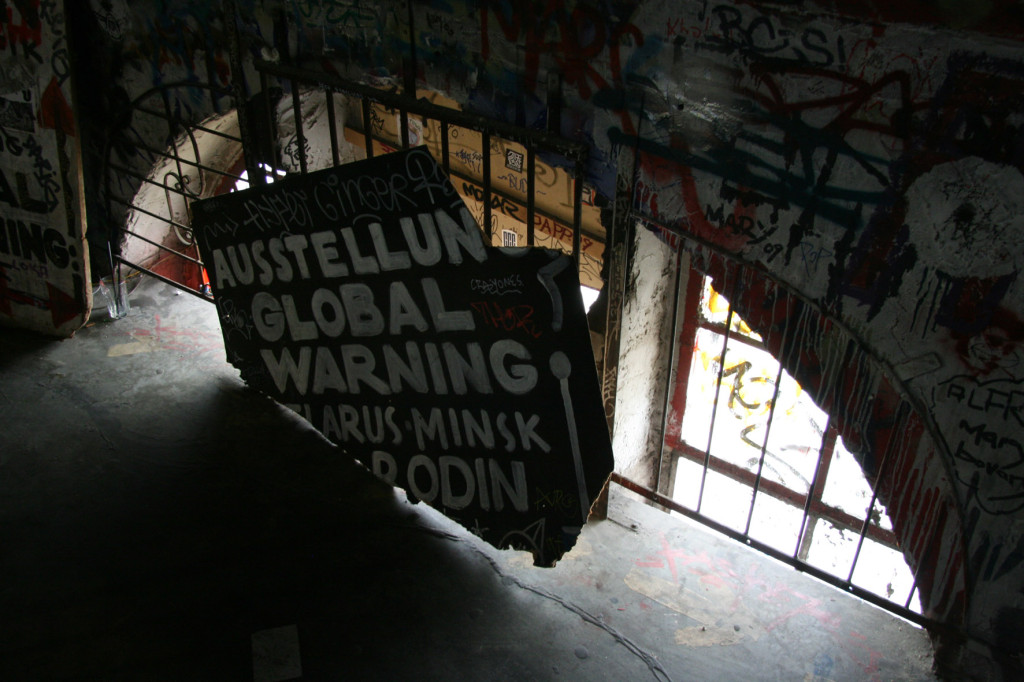 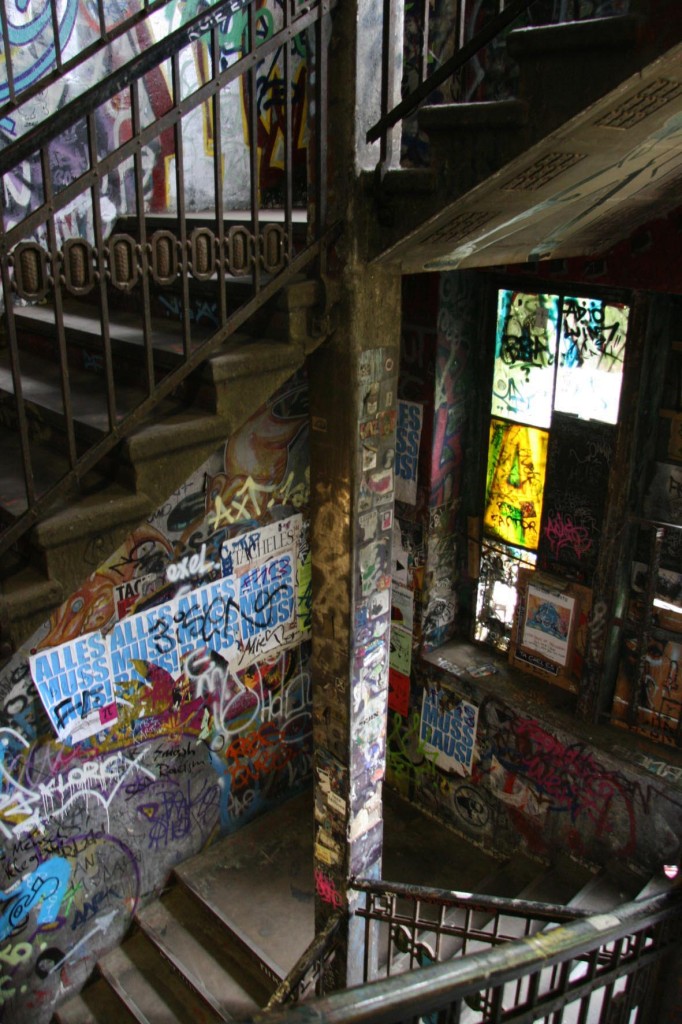 It was built in 1907 and has a very interesting and chequered past.  Between 1928 and 1980 it was used by AEG as a shop and showroom called Haus der Technik, housed the central office of the SS, was used as a Nazi interrogation centre and then became the home of the Free German Trade Union Federation.

The building was partially demolished in 1980 and it was in order to save the building that the artists collective occupied the building in 1990. 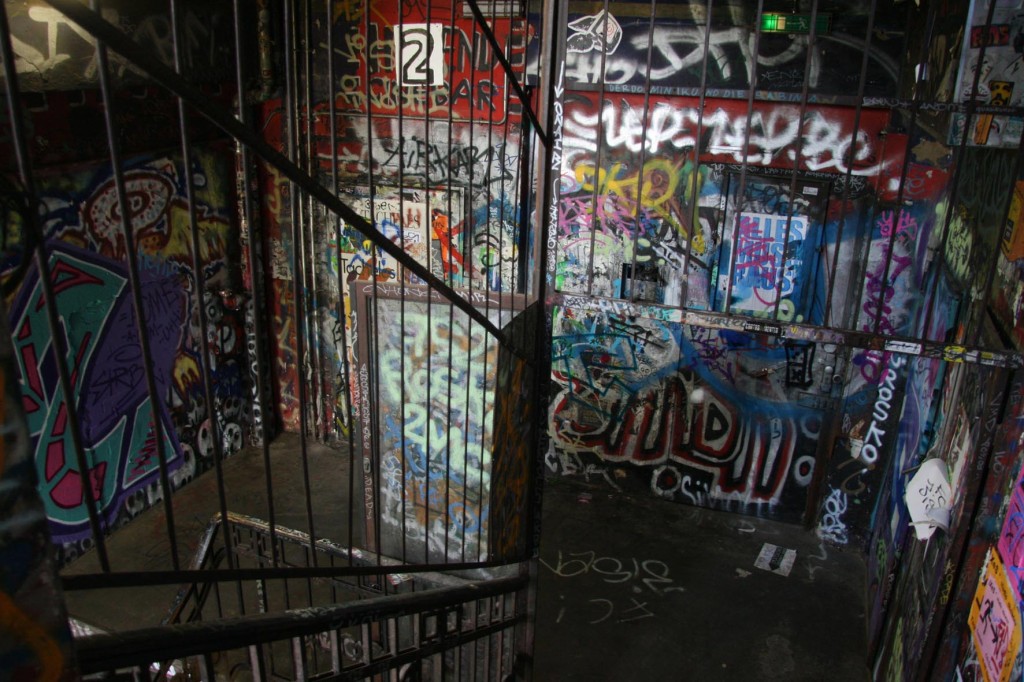 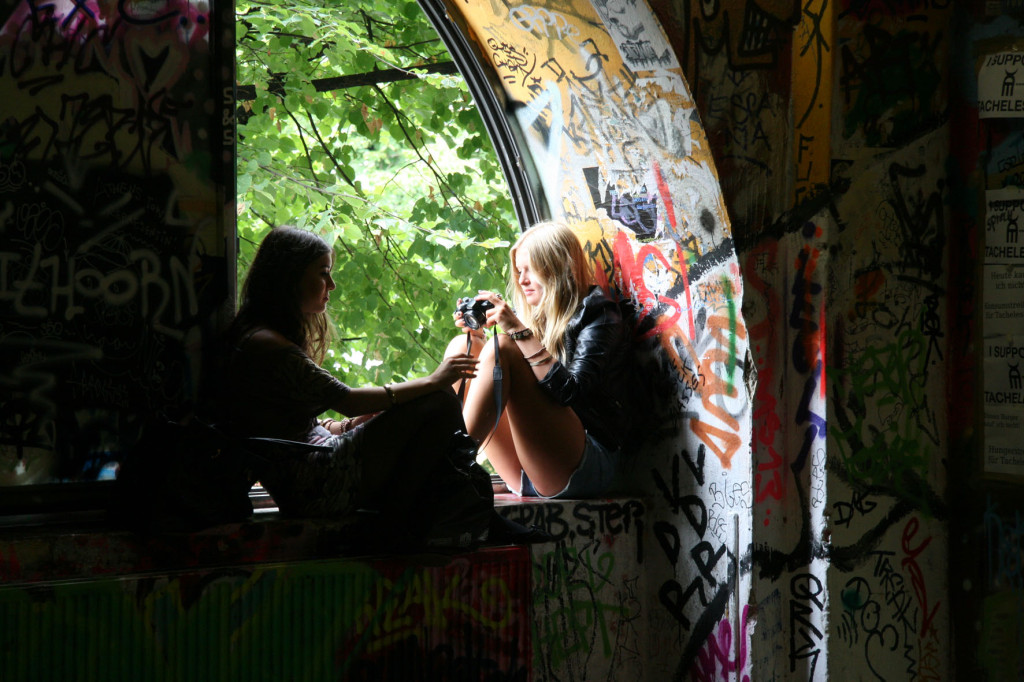 The last squatters were finally cleared from Tacheles in September 2012 after a protracted legal battle against eviction.

Banksy has been at the forefront of an explosion in the popularity of Street Art and Graffiti over the last couple of decades and his work has risen dramatically in value.

His pieces tend to make a political or social statement and he can count Brad Pitt and Angelina Jolie, Kate Moss, and Jake Gyllenhall among his fans.  The fact that he has so far managed to remain anonymous despite numerous attempts to unmask him only adds to the hype surrounding his work.

In 2010 he released his first film, Exit Through the Gift Shop, which he described as “the world’s first Street Art disaster movie”. 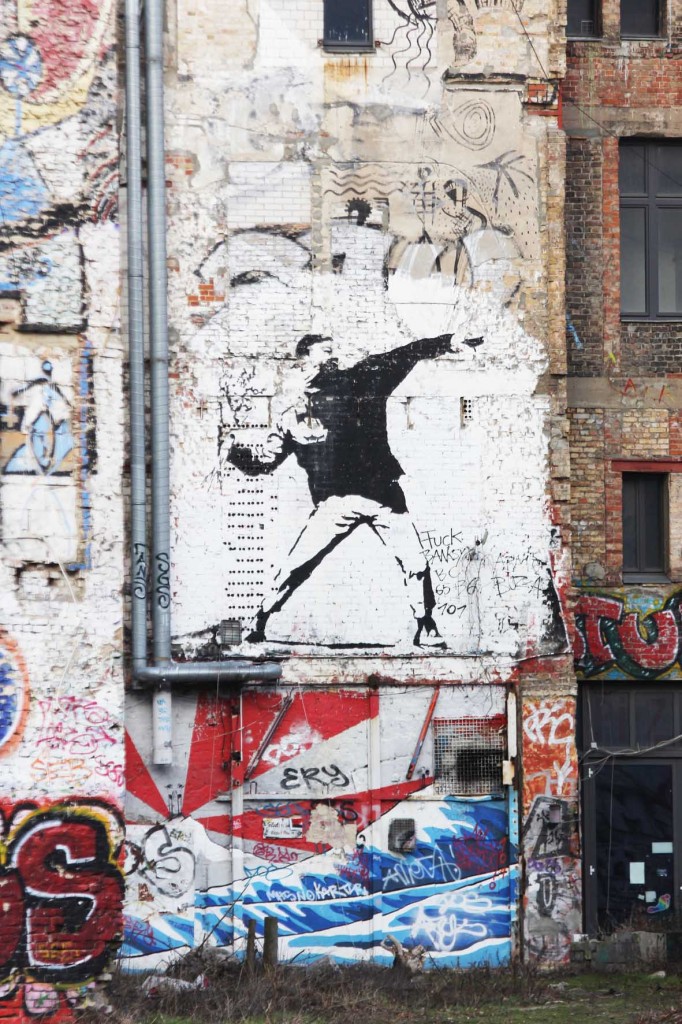 The piece at Tacheles depicts a youth with a scarf over his face and reversed cap throwing a bunch of flowers as though it was a Molotov cocktail.  Banksy used the image as the cover for his 2005 best-selling book, Wall and Piece.

Update: A comment on my Facebook page suggests that this is not a genuine Banksy and was in fact painted by someone connected to Zapata, the bar that occupied the part of the building on which it is painted.

Banksy originally painted the Flower Chucker / Thrower on the West Bank barrier, a wall separating Israel from the West Bank – it is appropriate therefore that it can also be found in Berlin, a city divided for so long by a wall.