I think it’s fair to say that German cuisine (for some, that’s an oxymoron right there) doesn’t always get a good press but anyone who doubts the quality of deutsche Küche obviously hasn’t eaten at Marjellchen in Berlin.

My exposure to traditional Berlin food so far has consisted of Currwurst and Döner (and I’m a big fan of both, so that’s a good start) but when a recent discussion with Gilly, Bine and Steffi turned to their favourite dishes I was keen to expand my horizons.

I’ve been eager to eat at Marjellchen since I read this great post on Little Red Courgette months ago so it was my first suggestion.

Just reading the menu on the internet was enough to get my Berlin friends salivating, mmmm-ing, and talking of hunger despite having just finished a filling meal.

Arrangements were made to meet a few days later for an early dinner.

Marjellchen is in an unassuming building on Momsenstrasse in Charlottenburg just a few hundred yards from the S-Bahn station at Savignyplatz – a restaurant as homely as the food is hearty and the perfect spot for food that will protect you against the cold of a Berlin winter.

Now, I don’t normally have too much of an issue with a menu written in German but I guess I know what to expect from my usual haunts because I have to admit that the menu at Marjellchen was a mystery.  Thankfully, I had three ‘echte Berliners’ on hand to help out.

Don’t worry, if you arrive Berliner-less, I’m sure that the friendly staff at Marjellchen would be happy to help you out (there is an English menu on their website so they may have copies in the restaurant).

After requesting a few translations and taking on board some suggestions I decided on the Rinderroulade (bacon, onions, mustard and pickles wrapped in thinly sliced beef). 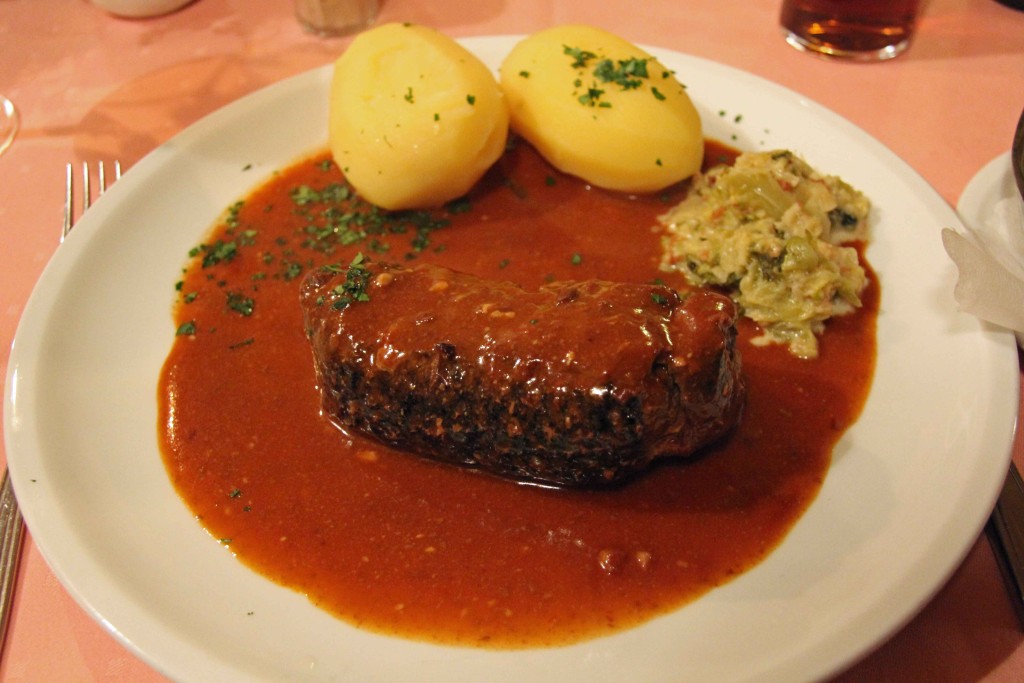 Luckily, when my Rinderroulade was placed before me I wasn’t disappointed.  Everything looked and smelled incredible and there were nods and ‘oohs’ and ‘aahs’ of approval all around the table.

The food tasted as good as it looked (if not better) and there was a full house of satisfied murmurs at the end of the main course.

And the desserts were even more remarkable (visually) than the main courses. 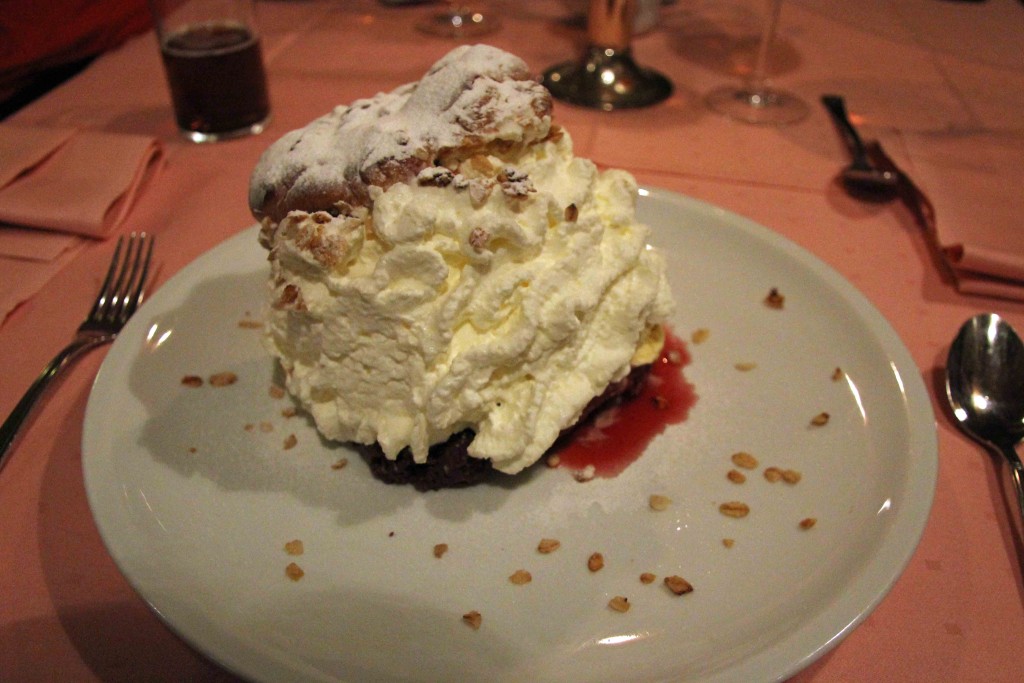 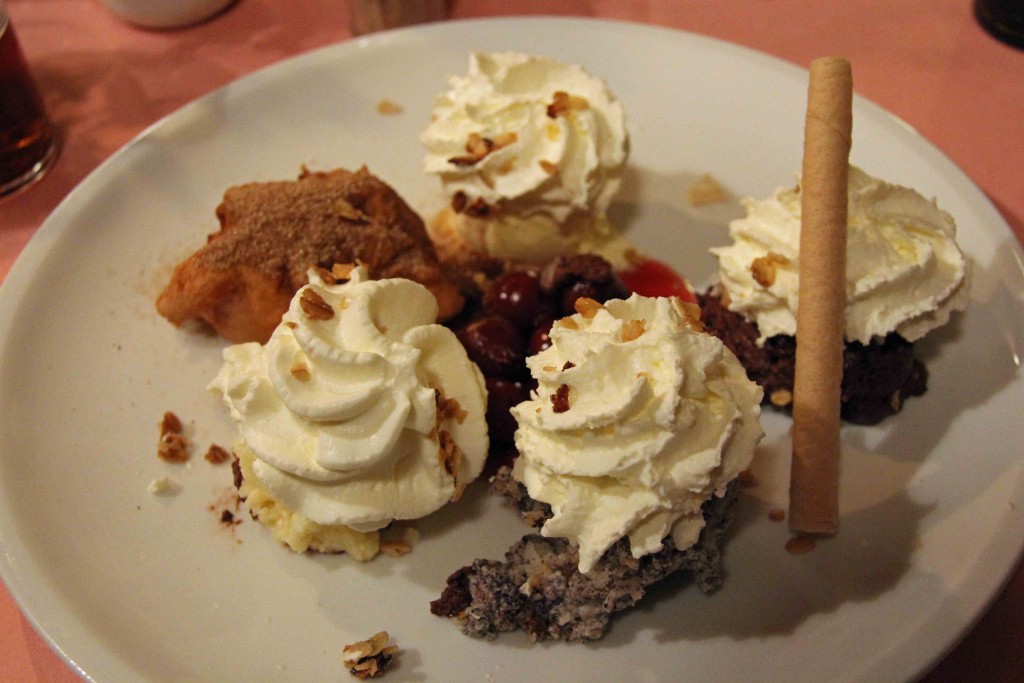 I’m now torn between exploring more German restaurants in Berlin and going straight back to Marjellechen where I know I’ll have something more than a little bit special.

3 Responses to Marjellchen – Hearty and delicious German food in Berlin