For one week only, Bixels is serving Baked Potatoes in Berlin Mitte again.  Daniel Bixel has elevated the humble Baked (or Jacket) Potato to an artform and the small eatery, Bixels, on Mulackstrasse always seemed busy whenever I walked past.

That’s why I was so surprised when the restaurant closed a few months into my time in Berlin.

It would seem that a lack of customers wasn’t the issue though.  I read at the time (but now can’t find the source) that they had a problem with their lease because of complaints from neighbours.

Part of Bixels’ charm (but also the reason I didn’t go more often as a lone diner) was it’s communal dining table, with just a few other seats around the walls and in the window.  It always made it seem friendly and welcoming to me.

I found out about the temporary opening via a retweet from @ntljk of a message from @ejcoombe, so thank you both.  And through them I realised that I needed to ‘Like’ the Bixels Facebook Page – if you’re a fan of Bixels you should too.

So on Monday my lunch venue choice was already made for me – a relief, as I’m a ditherer.

As with the previous premises, there is just a small dining space and it is mainly communal seating, with two tables for eight people each, and just a few window stools.  With Berlin enjoying some unseasonable sunshine there were a few people sat on benches eating outside as well.

There are just three potato options on the menu and as a committed carnivore I chose the beef with tomatoes, olives, carrot apple salad, red onions and horseradish sauce. 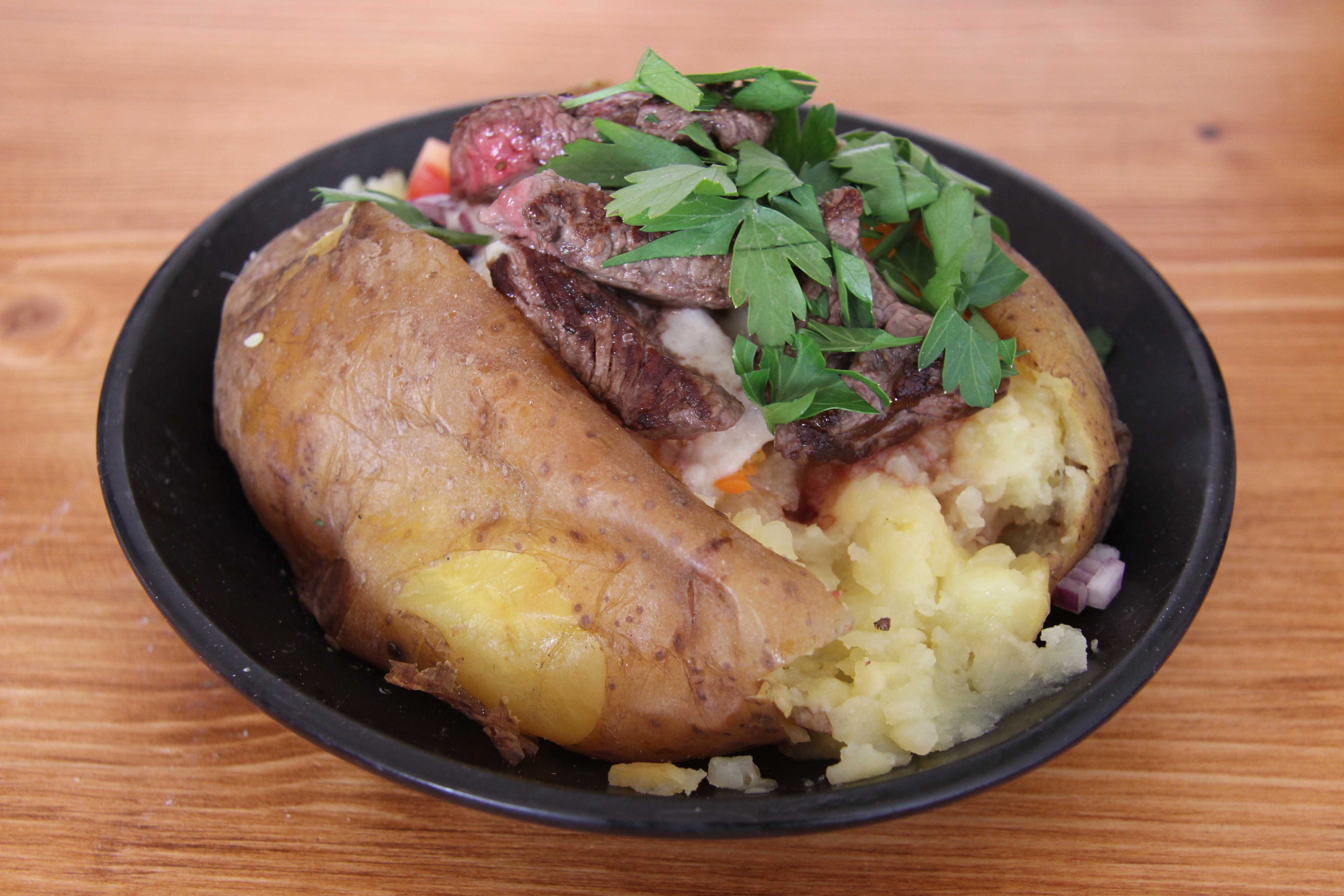 I have to say at this point that I’m not a baked potato enthusiast – I like them but they’re not the first thing I think of when I’m hungry.  The reason that I was so eager to eat at Bixels again is that the potato is so soft, almost creamy in texture, and flavourful.

The meal is delicious and filling but I have to say, I’m hoping that one day I might have a potato as full with toppings as their promotional shot.

I hope, like many others it would seem from Twitter and Facebook, that there will soon be a new permanent home for Bixels but for now get your Baked Potato fix while you can – you have until Saturday 6 October.

re:MMX – Art Exhibition in Berlin
My Love? My City