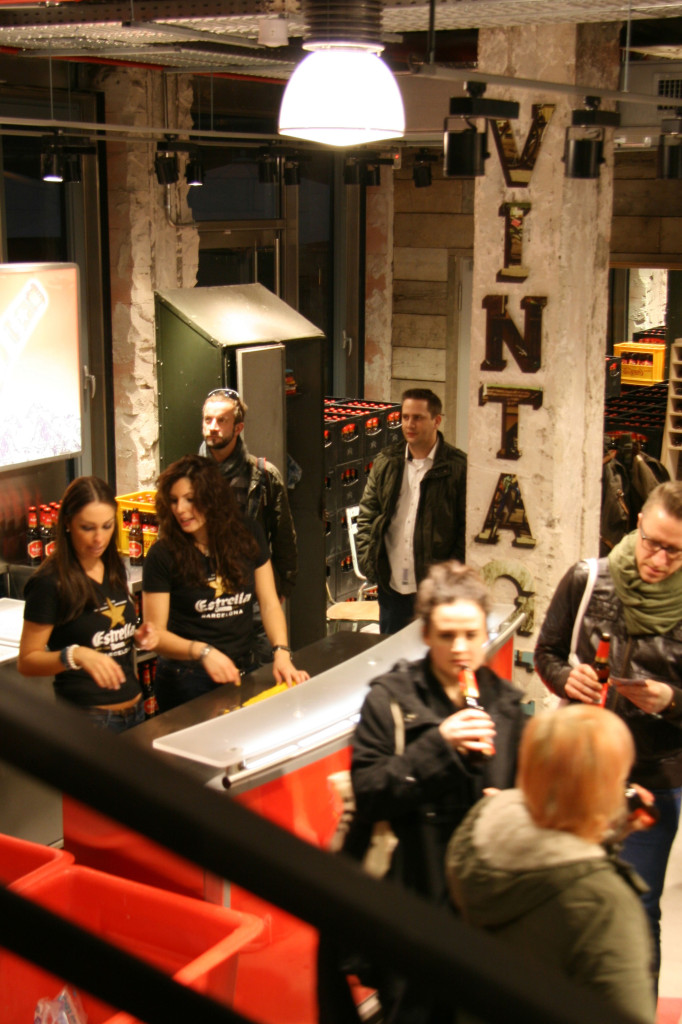 Urban Outfitters opened a second Berlin store on the Ku’damm yesterday and they had a party.

This store opened with a bit more fanfare than the Berlin Mitte store on Weinmeisterstrasse in January.

On the ground floor there was a bar handing out bottles of Estrella beer and on the first floor there was a DJ.  And everywhere, people were milling around checking out the wares and generally having a good time.

I was a little disappointed that the bar had taken over the Vintage Menswear section (one of my favourite spots in any Urban Outfitters) but when there’s free beer on offer it’s hard to complain.  I can go back and check out the clothes.

This T-Rex Hates Push-Ups t-shirt caught my eye, having recently seen this Tumblr, thanks to a tweet from @uberlinblco. 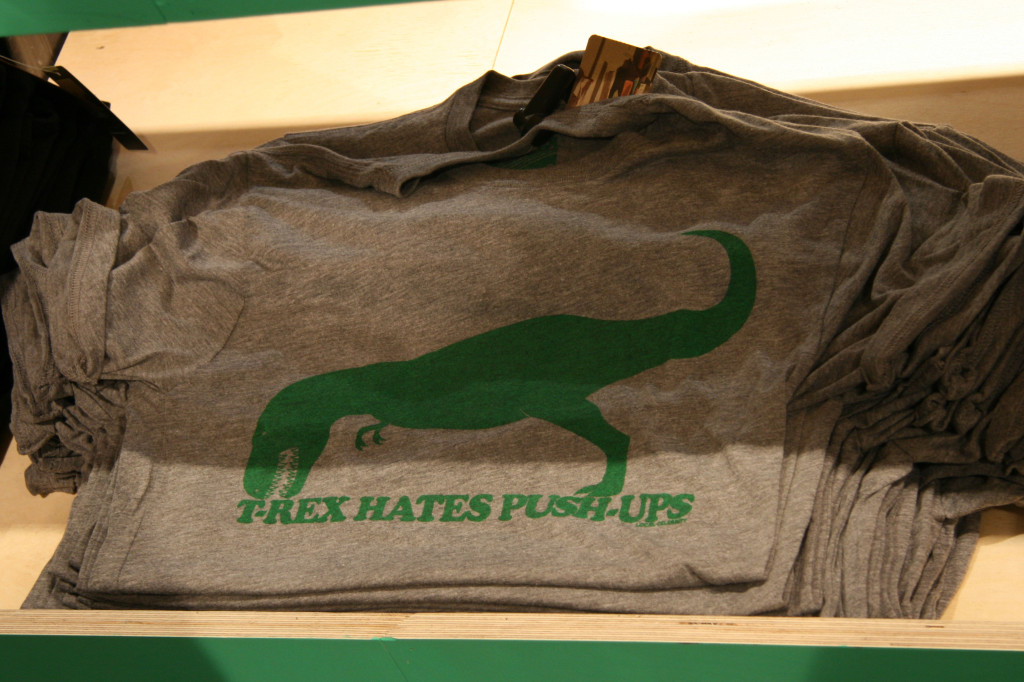 Amongst the usual great selection my other favourite things were the ‘Potato Gun’, which took me (way) back to my youth and the Mirror Bear by Arran Gregory in the corner of the basement.

For me the only mistake here was Bon Iver’s second LP mislabeled as For Emma, Forever Ago on the shelves.  And I can forgive that, for now.

As the store in Mitte always seems busy, I can only assume that this one will be a roaring success too. 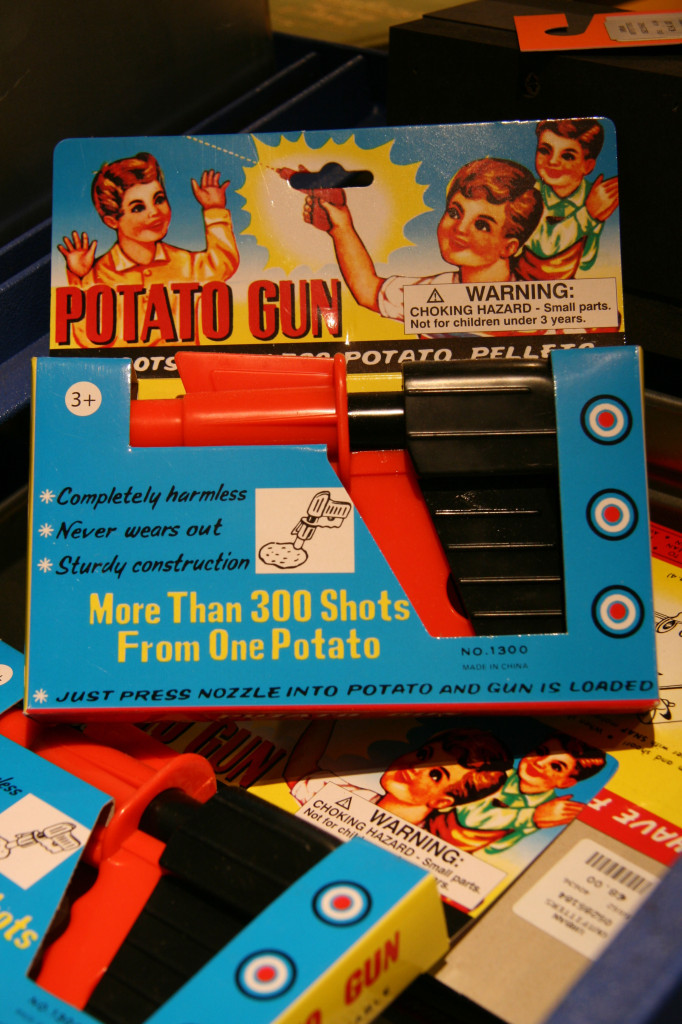 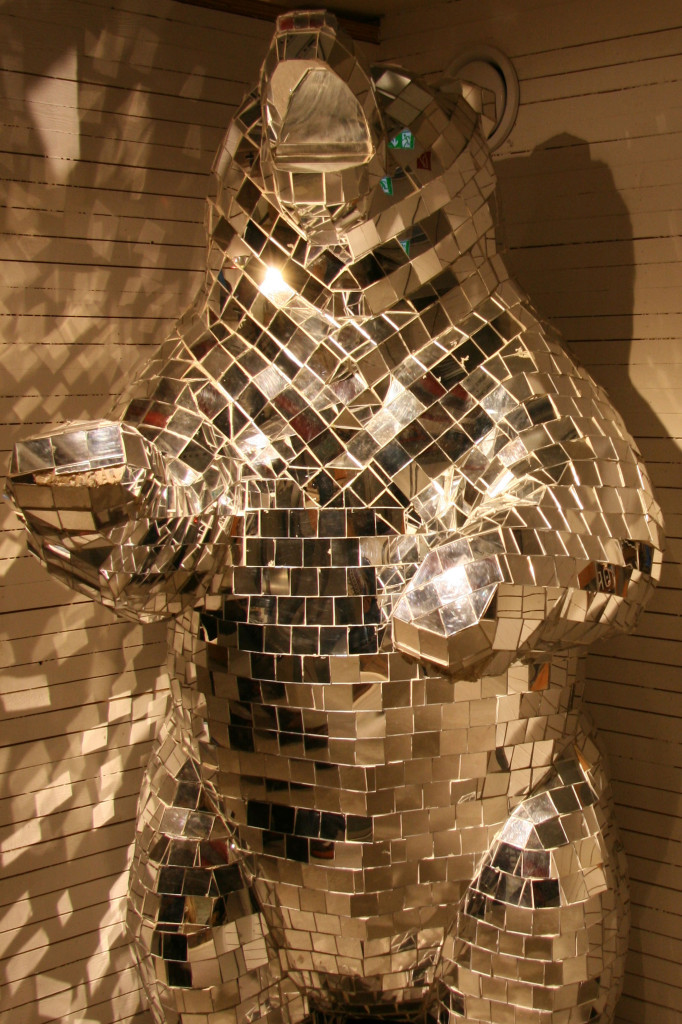