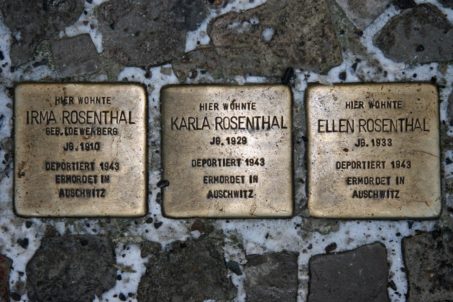 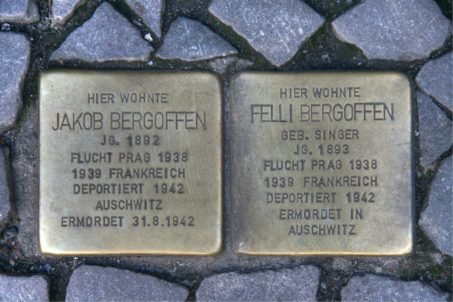 Over the past week I have seen a number of Stolpersteine in Berlin and as usual I have added the photos  gallery here. These were laid in memory of: Franz Ferdinand Korngut, Baila Brandla Tabaksmann, Dina Tabaksmann (1 Choriner Strasse); Moshe Leib Durst, Esther Durst, Fanny Durst, Jenny Durst (Rückerstrasse 7); Georg Salinger, Rosa Salinger, […] 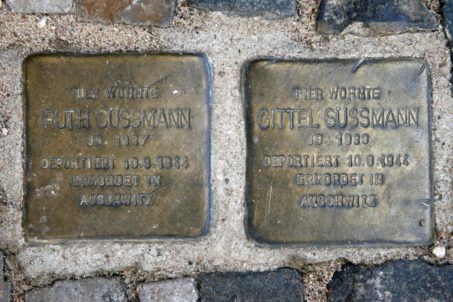 The Stolpersteine I saw in Berlin today were tributes to Julius Prager and Rosa Prager outside Strassburger Strasse 33-36 and Ruth Sussmann and Gittel Sussmann outside Christinenstrasse 35. I’ve added the photos to the gallery here. My first post about Stolpersteine gives more background about these memorials to the victims of National Socialism created by artist Gunter […] 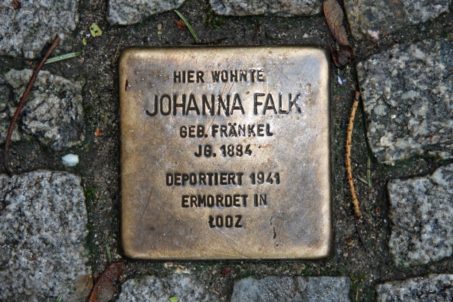 Today’s walk around residential streets in Prenzlauer Berg / Pankow yielded a number of Stolpersteine sightings. My first post about Stolpersteine gives more background about these memorials to the victims of National Socialism created by artist Gunter Demnig. Johanna Falk outside Erich-Weinert-Strasse 7. Salomon Paskusz and Roschen Paskusz just a short distance along the road […] 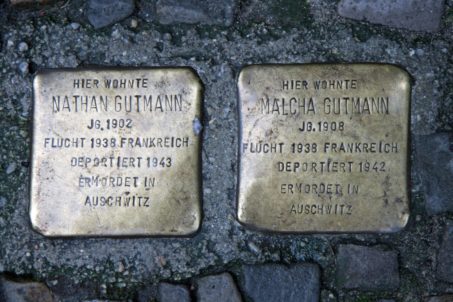 On my walk around the streets of Prenzlauer Berg today I saw the Stolpersteine laid in memory of Nathan Gutmann and Malcha Gutmann outside Raumerstrasse 21. My first post about Stolpersteine gives more background about these memorials to the victims of National Socialism created by artist Gunter Demnig. I’ve added the photos of the Stolpersteine […] 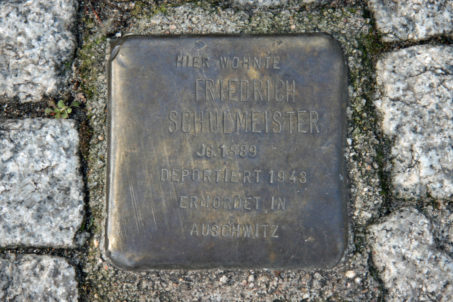 I saw some more Stolpersteine in Berlin today whilst walking around Kreuzberg, mainly looking for street art.  My first discovery was a bit of a shock.  Outside a Chicken Stall on the corner of Skalitzer Strasse and Oranienstrasse I first saw this memorial to Friedrich Schulmeister. My first post about Stolpersteine gives more background about these […] 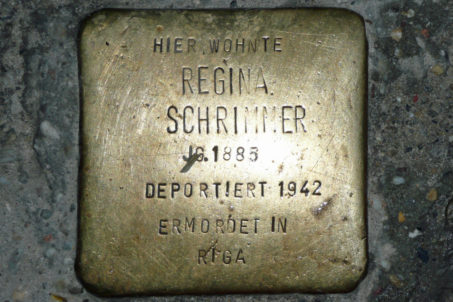 When I went out for a walk this afternoon I was hoping to find some more Stolpersteine to photograph.  Even with this in mind and having spent a lot of time studying the pavement I almost missed this memorial to Regina Schrimmer on Auguststrasse in Mitte.  The building in front of which it is laid […] 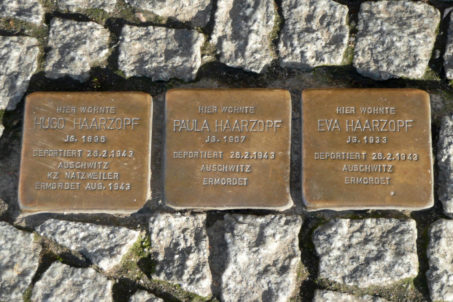 When I left Konnopke’s Imbiss yesterday, I crossed Schonhauser Allee and walked south a short distance to take a picture of these Stolpersteine.  I had walked passed these brass blocks a few times before an article on Slow Travel Berlin drew my attention to their meaning. Stolpersteine (the English translation is ‘Stumbling Blocks’) is the […]