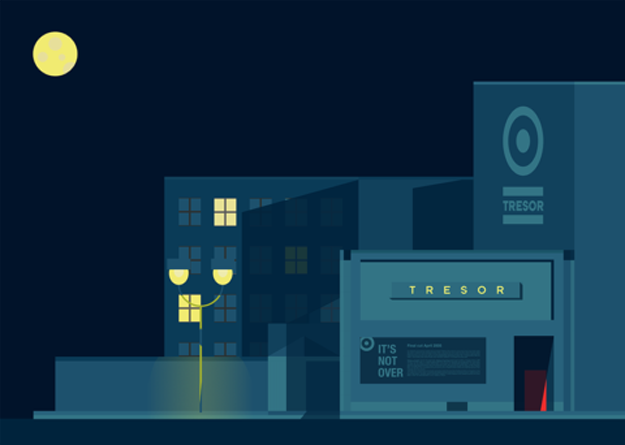 Berlin has a reputation as one of the clubbing capitals of the world and people jet in from all over the globe to experience the uniqueness of the city’s nightlife.  Graphic Designer, Pablo Benito from Barcelona has included two of the German capital’s most iconic clubs in a series of prints available from his PeBeStore.

Tresor appears in its old guise, housed as it was in the vault of the former Wertheims department store, before its relocation to a former power station to make way for the redevelopment of Potsdamer Platz. 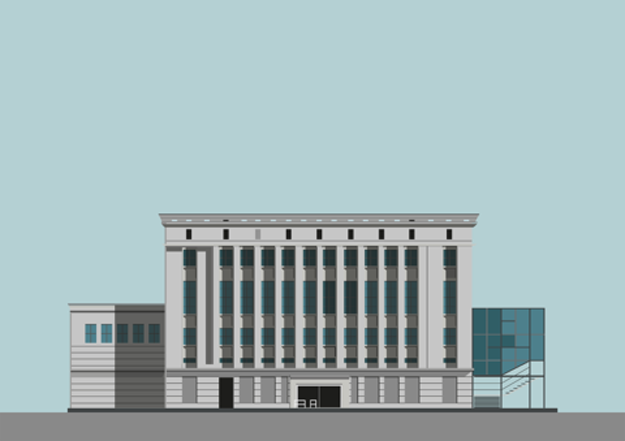 Arguably the world’s most famous club, Benito describes Berghain as

…the capital of techno. This decadent building is the nerve centre of the hedonistic lovers of electronic music. 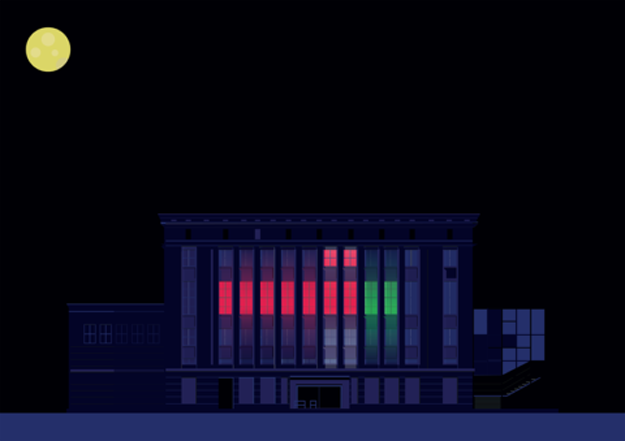 Clubs in Berlin are often notoriously short-lived and a number of landmark venues are currently under threat so I for one hope that Pablo Benito illustrates more of the city’s hotspots before they’re lost forever.  In the meantime you can buy his current range of prints through his online store and connect with the artist via Twitter and Facebook.

Hipsters Love Beer – I love beer, does that make me a Hipster?
Acid Tanks – Plotbot KEN at work