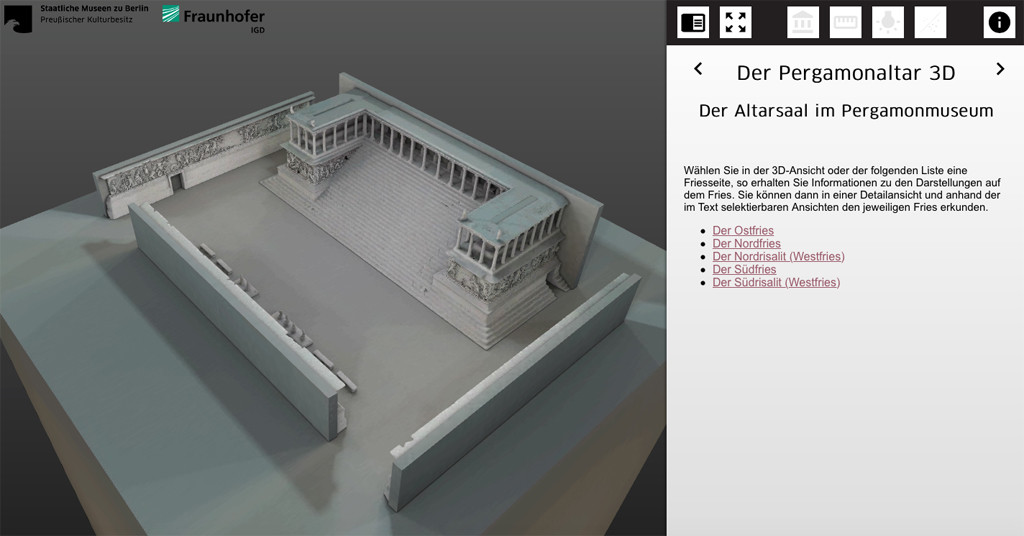 The Pergamon Altar was built on the terraces of the acropolis of Pergamon (then in Ancient Greece but now located in Turkey) in the 2nd century BC, during the reign of King Eumenes II, in dedication to Zeus and Athena.  The altar was excavated between 1878 and 1886 by the German engineer Carl Humann, who persuaded the Turkish government that the finds of his dig should be the property of the Berlin Museums. 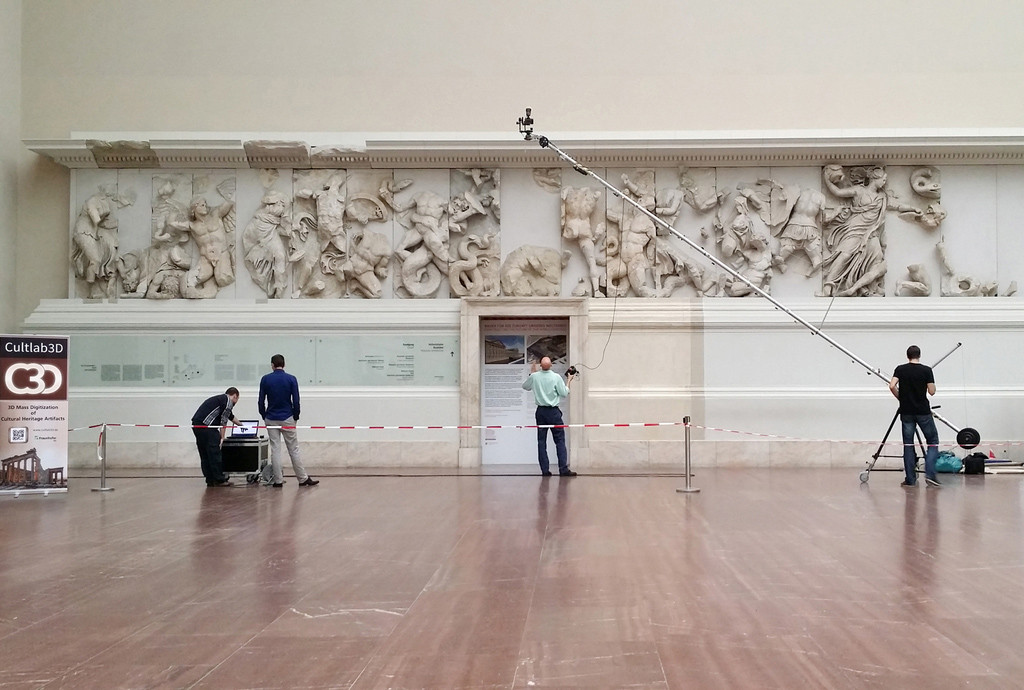 Fraunhofer IGD created the 3D model using a laser scanner placed at 51 different positions in the exhibition hall and more than 8,000 photos.  The resulting 3D model is comprised of about 580 million triangles.

The model is unfortunately only currently available in German, though the interface is fairly intuitive.

Fraunhofer IGD is also responsible for the innovative solution to the problem of restoring the many thousands of paper files ripped and shredded by the Stasi after the fall of the Communist regime in East Berlin.  For more information on that intriguing project I would highly recommend watching the short documentary, Virtual Reconstruction of Ripped Stasi Files.

The Pergamon Altar was originally displayed at the Altes Museum and moved to the new purpose built Pergamon Museum in 1901.  The building was demolished in 1909 as it was structurally unstable and replaced by the current museum, which was completed in 1930 and now has structural issues of its own, which are now being addressed.