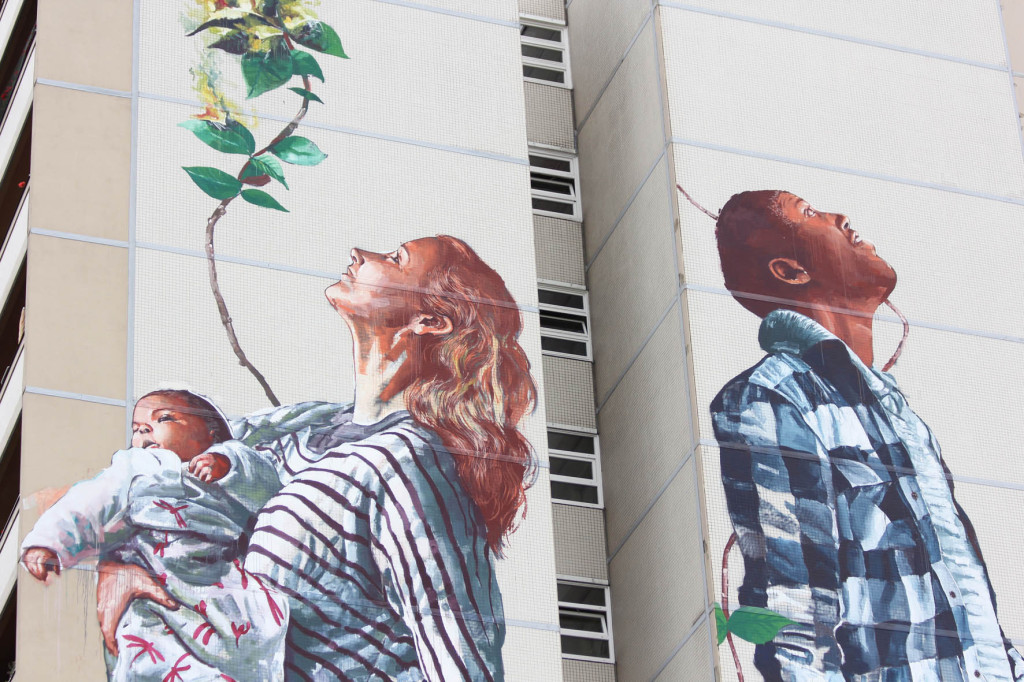 In the summer of 2015, Australian street artist, Fintan Magee, was in Berlin to paint a 42m high mural for Urban Nation Berlin in Reinickendorf. 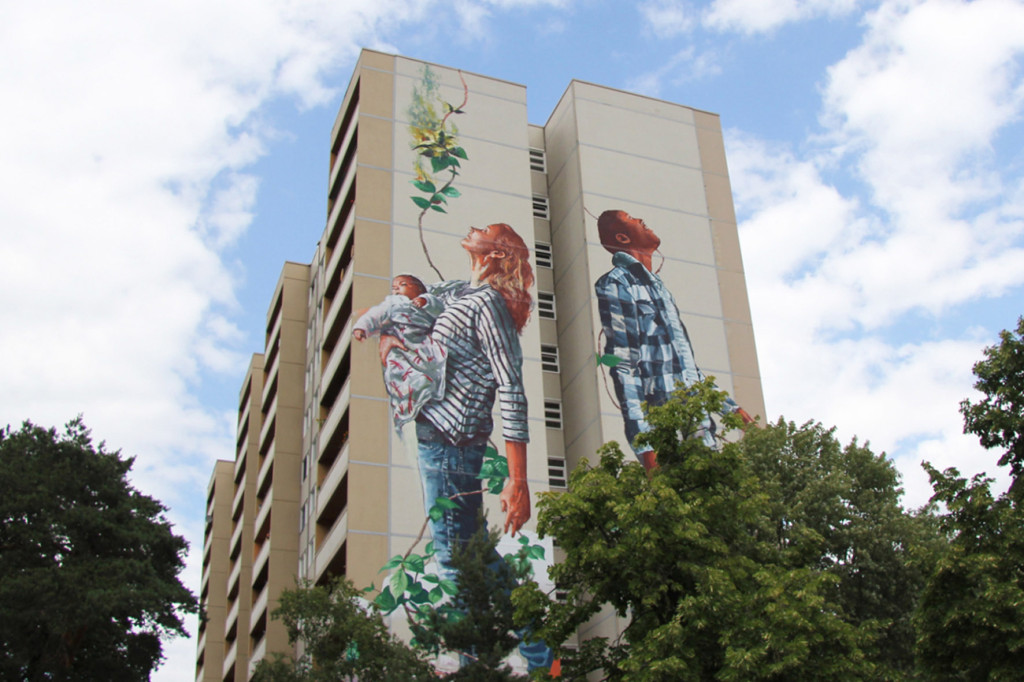 The mural, entitled Cycle of Life, depicts a man and a woman, who holds a baby in her arms, standing on rubble and staring up at the sky.  Around them plants grow, turning to flames as they near the roof of the block of flats on which they are painted.

The mural is based on a children’s book, ‘A Child’s Garden’ by Michael Foreman.  My work is about the human spirit, its resilience and the ability to start again after the destruction.  This fits well to Berlin, a city that today is rebuilt after its destruction during the war and currently one of the most creative cities in the world. 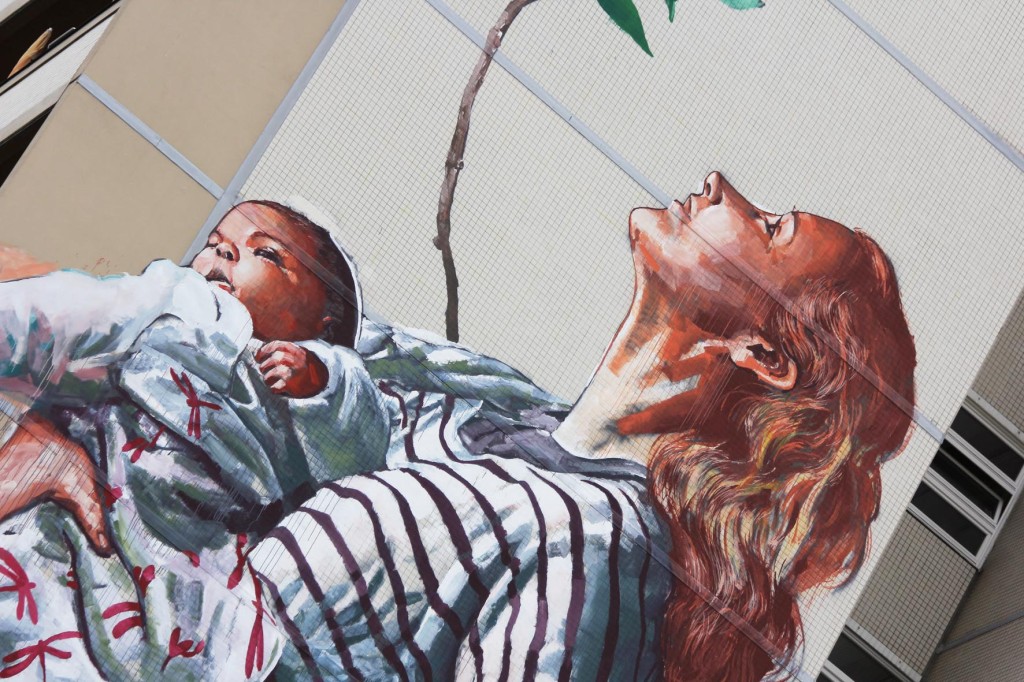 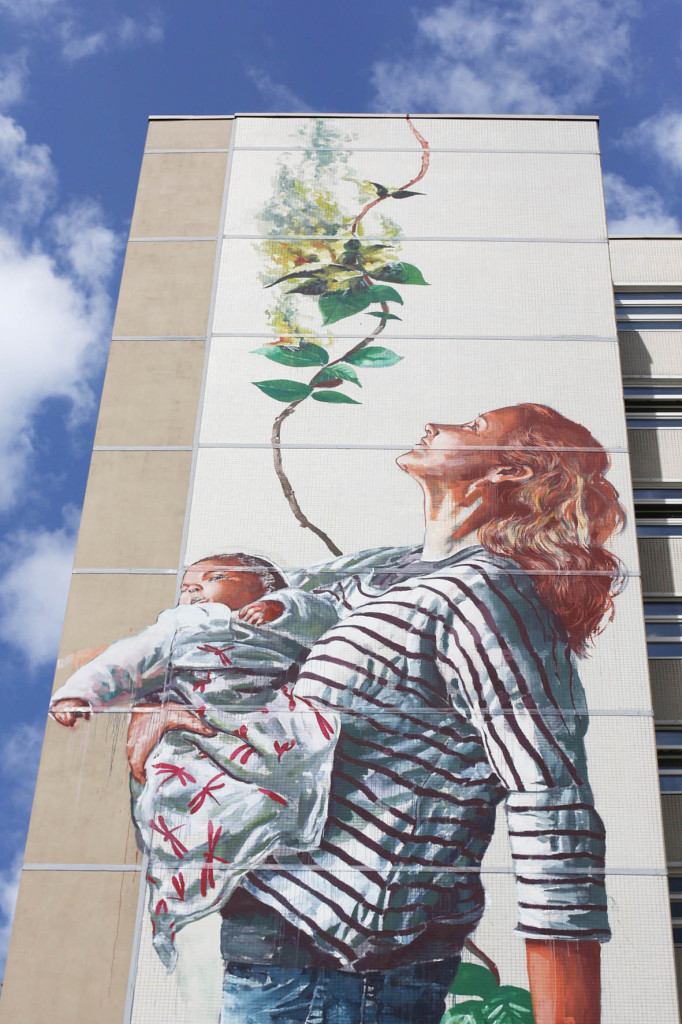 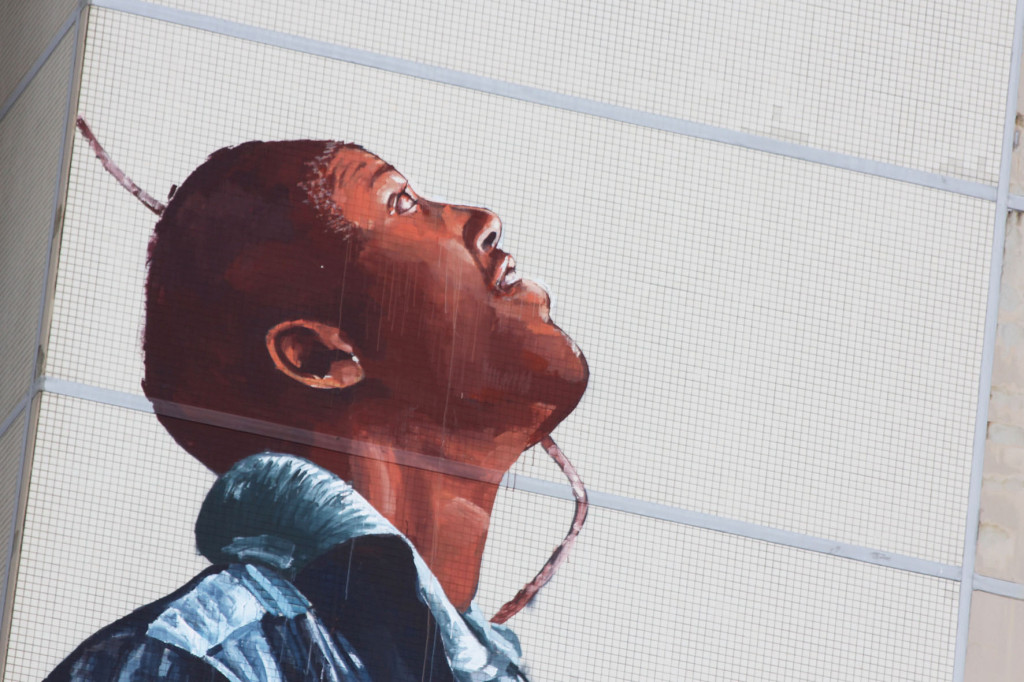 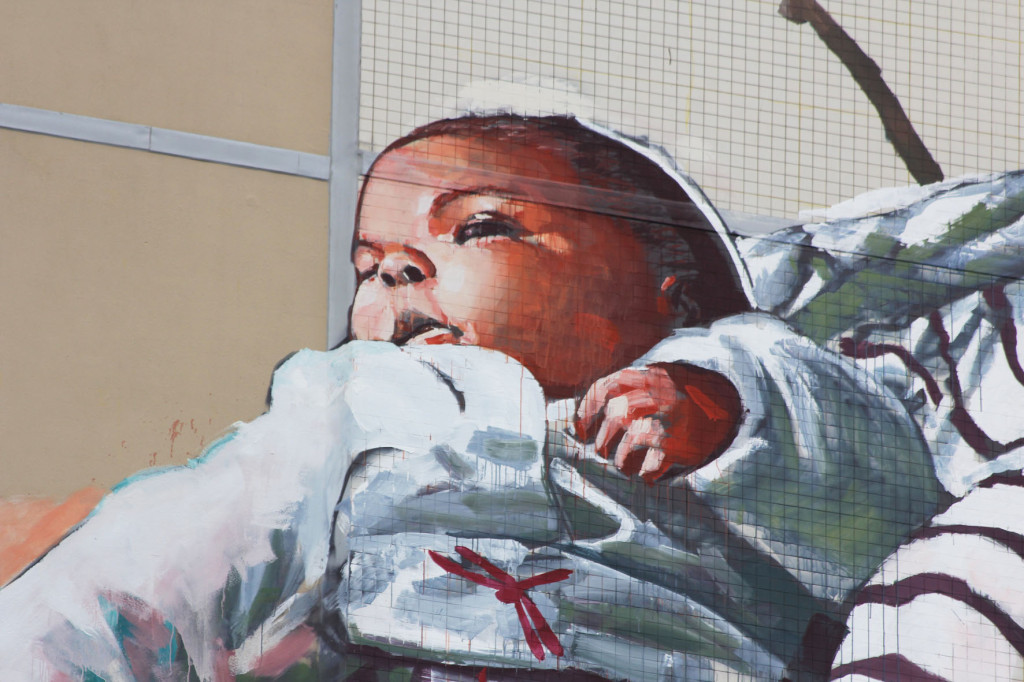 Urban Nation has been bringing international artists to Berlin since 2013 including Don John, Shepard Fairey and Triatan Eaton whose contributions have all featured on andBerlin.

With its huge dimensions, 42 by 15 metres, the artwork in Tegel-Süd exudes enormous amounts of energy and charisma.  We have already received a large number of positive responses from the neighbourhood.  I can tell you that much already.  It won’t be the last mural to go up in Tegel-Süd. 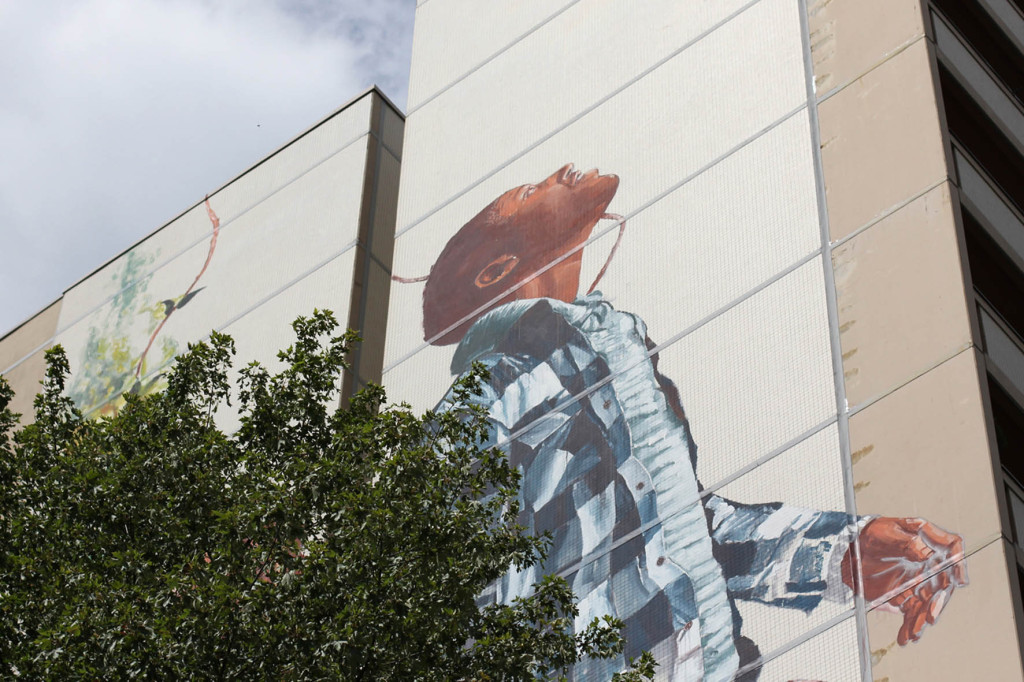 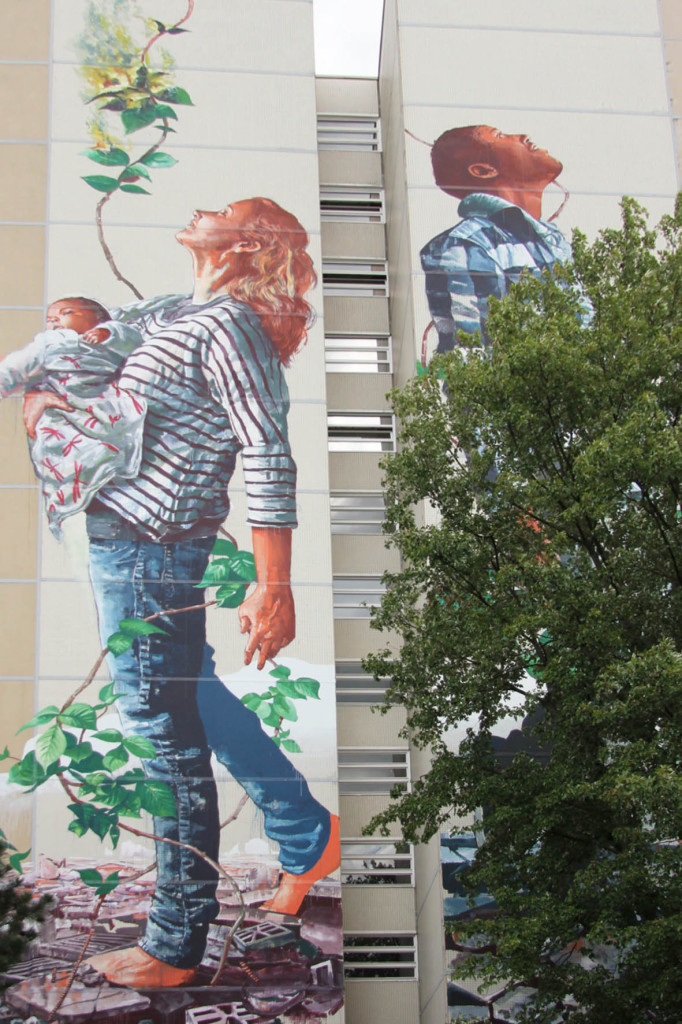 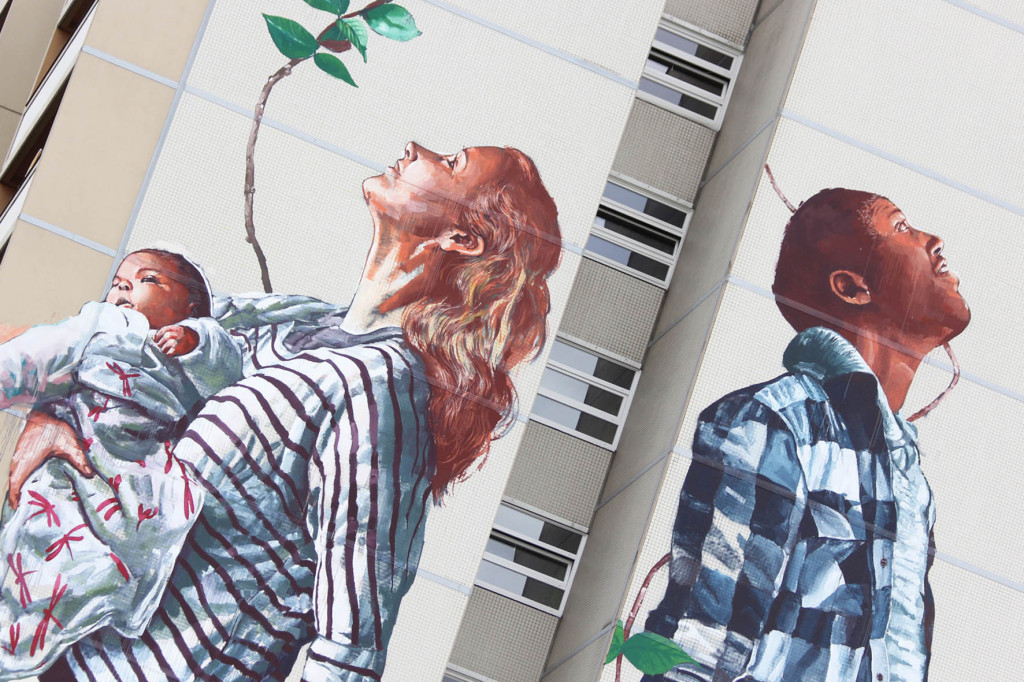 If you would like to see the Cycle of Life mural by Fintan Magee in person you will find it at Neheimer Str. 2 in Berlin Reinickendorf and if you want to see more from Fintan Magee, have a look at his website and Facebook page.