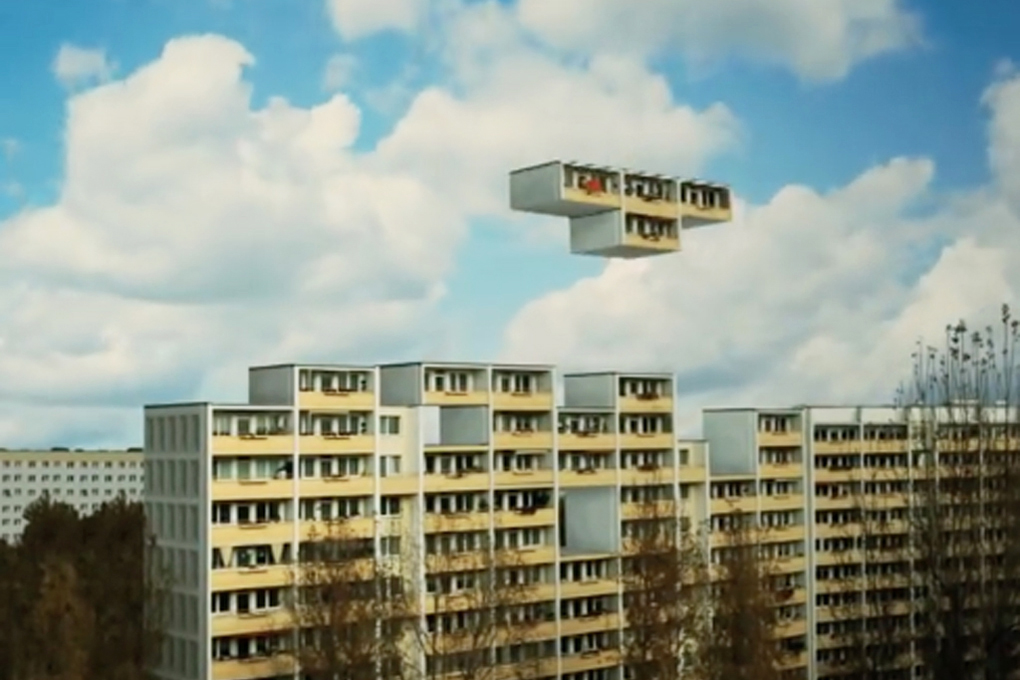 Sergej Hein came up with the idea for his Berlin Block Tetris animation walking through the streets of East Berlin when it struck him that the square blocks of the Plattenbauten (Soviet-era prefabricated concrete buildings) looked like Tetris pieces.

Hein grew up in Riga but moved to East Berlin and lived in what he refers to as a ‘ghetto’ of Plattenbauten.

In his own words:

The idea is based on a kind of parody of the former Socialist building style. They used to build whole cities where each house was designed identically to create cheap housing for workers. These blocks were so similar that in Soviet times, you could easily wake up at a friends place in another city and still feel like you are in your flat. Even the furniture was the same.