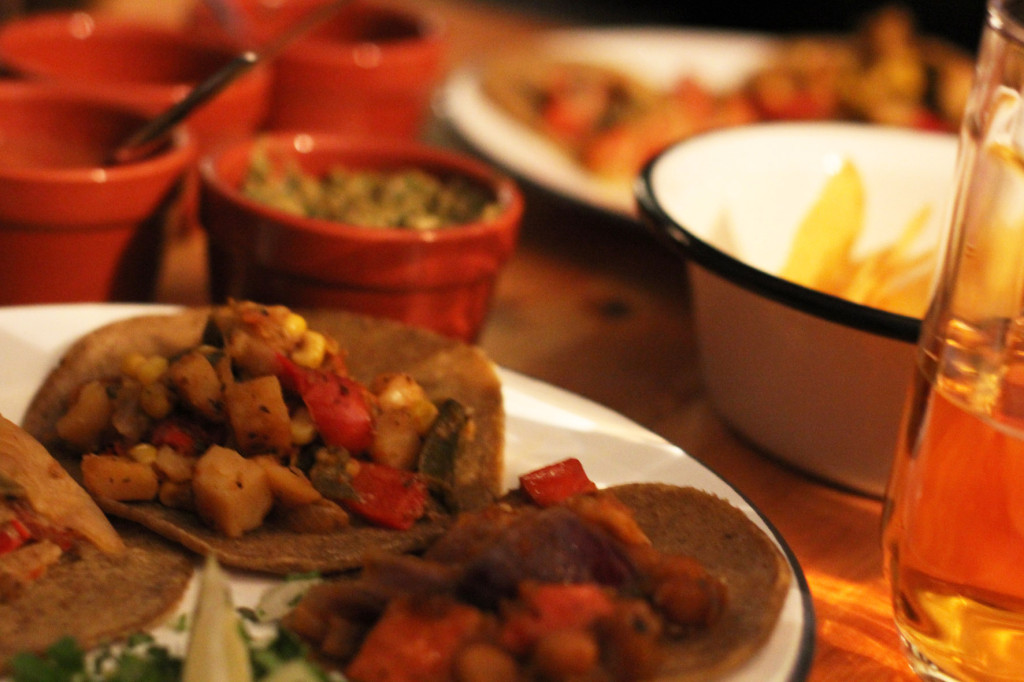 Last month I had the pleasure of going to a tasting at Santa Maria Eastside to celebrate the launch of their new menu, overhauled to make the most of their fully organic, all-German handmade tacos – a first for the Mexican food scene in Berlin.

The majority of European tortillas are mass-produced using instant corn flour imported from Mexico but the tortillas at Santa Maria Eastside are handmade in Berlin using fresh corn grown in Bavaria.

My partner in crime for the evening was Gilly and we arrived early and started the night with a beer.

Co-owner Jules (who is also one of the driving forces behind another andBerlin favourite Piri’s) explained the new menu concept and at his suggestion we elected to try a bit of everything (almost). 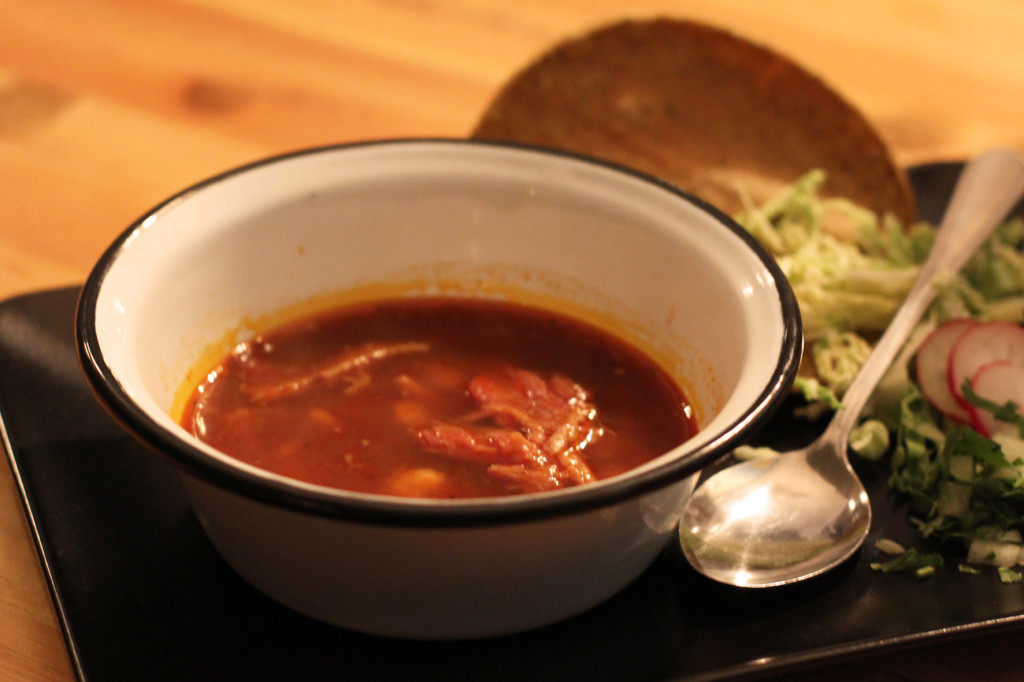 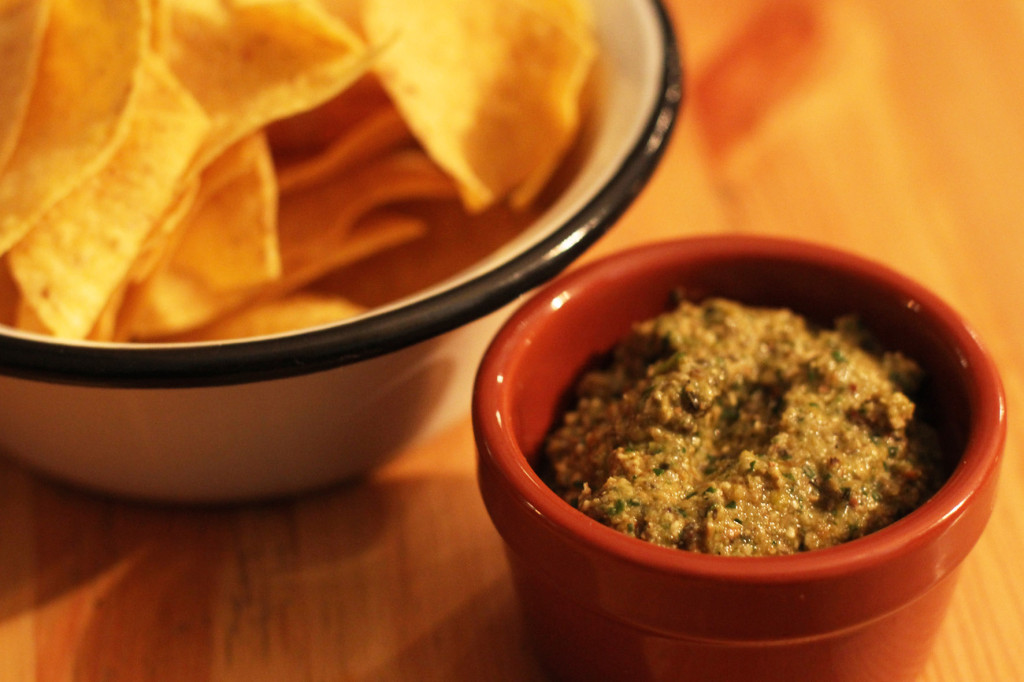 We started with a taster of the Pozole – a pork soup with white corn and Mexican chillies, served with radish, cabbage and a tostada – followed up by the Sikil P’aak – a dip of habanero, roasted tomato, roasted pumpkin seeds and coriander served with fresh tortilla chips. 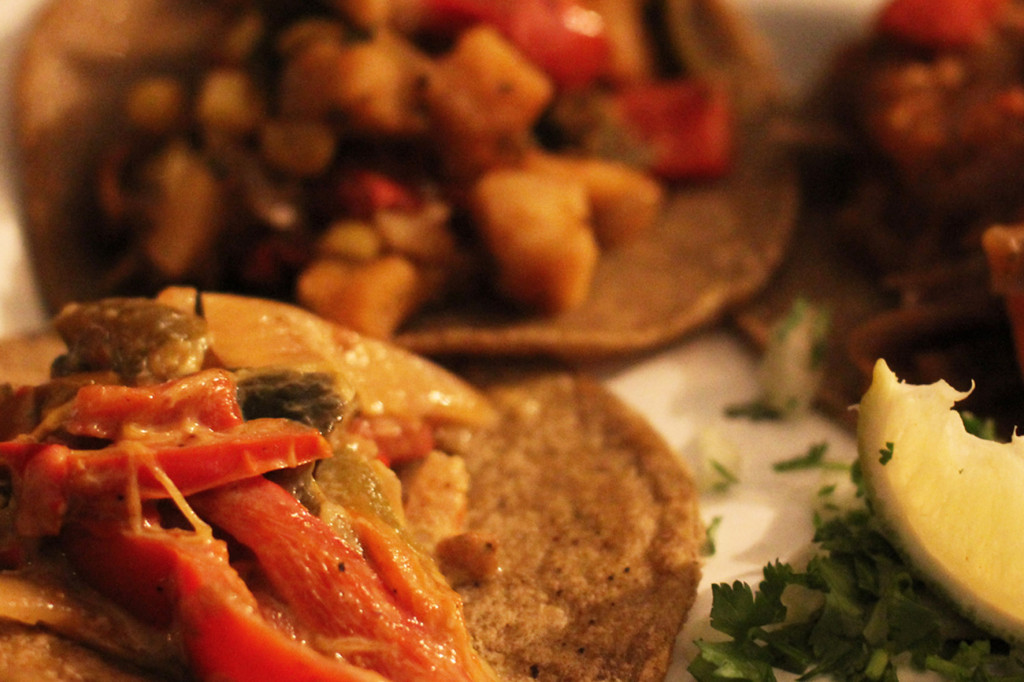 I had explained to Jules at the outset that I was a little sceptical about eating the vegetarian dishes so the trio of vegetarian tacos – Papas con Rajas / Calaza / Rajas con Crema – that we had next were a revelation to a meat-obsessive like me.  Who knew that food without meat could be something to get excited about? 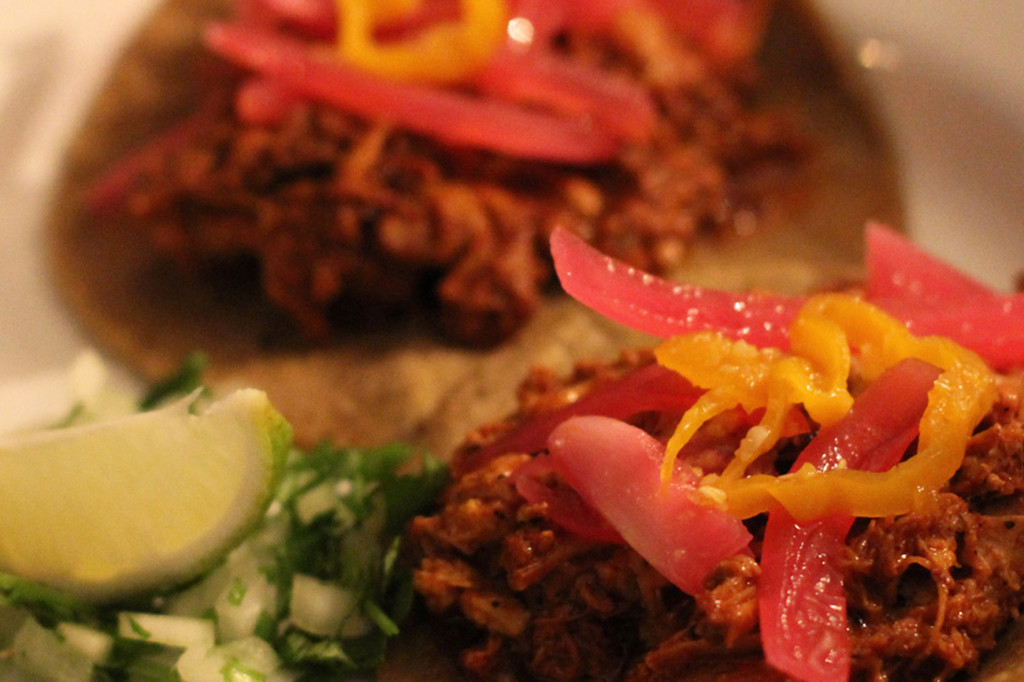 I’m not contemplating vegetarianism though so we finished off with the Tacos de Cochnita Pibil – pulled pork tacos with pickled red onion and habanero chillies and a tropical habanero salsa.  Pulled pork really is the ingredient of choice at the moment and is cropping up on menus everywhere.  The meat here was tender and the pickled onion created a nice contrast of textures and flavours that Gilly compared to Sauerbraten. 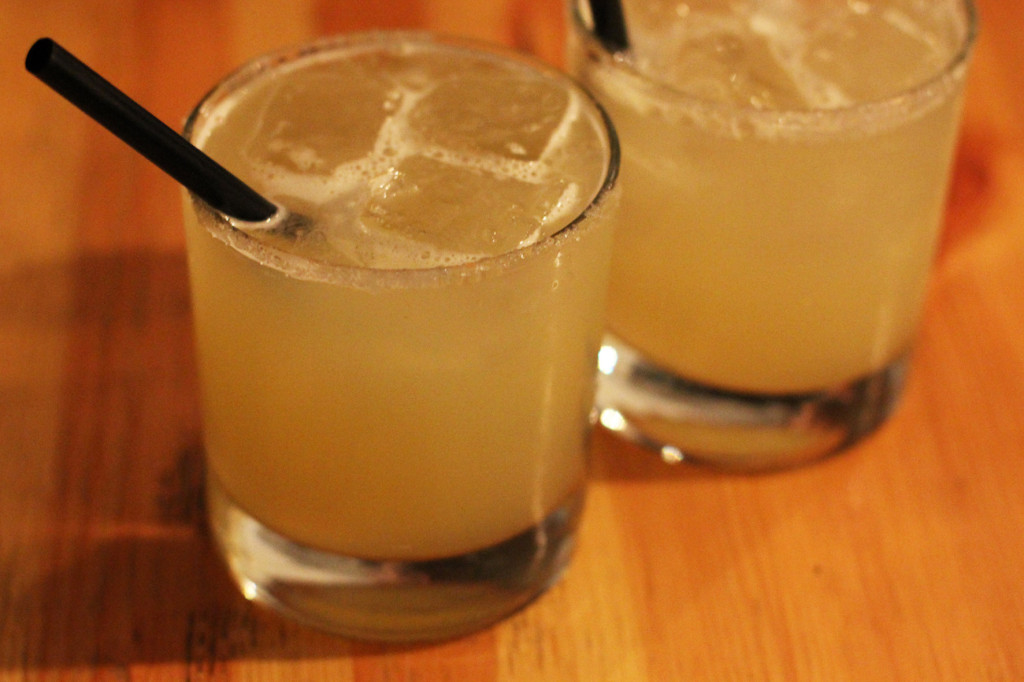 Our appetites well and truly satisfied we washed everything down with a boozy Margarita.

I’m amazed to say it but one of the vegetarian tacos was my favourite dish of the evening – the Papas con Rajas, a mixture of roasted onions, chillies, peppers, corn, garlic and potatoes.  For confirmed meat eaters though, I would recommend the Barbacoa de Res Burrito that I’ve had on other visits.

Worth noting are a few special offers on the menu – lunch specials, Taco Tuesday and Margarita Happy Hour.  From 19:00 to 21:00 on a Tuesday you could combine the last two and with 1€ Tacos and Margaritas for 4€ you could dine and drink like a king or queen without breaking the bank.

The quality of the food and a wide range of different Mexican flavours, including a tasty selection of vegetarian dishes, make Santa Maria Eastside in Berlin the perfect venue for a (small) party or an evening out with a group of friends. 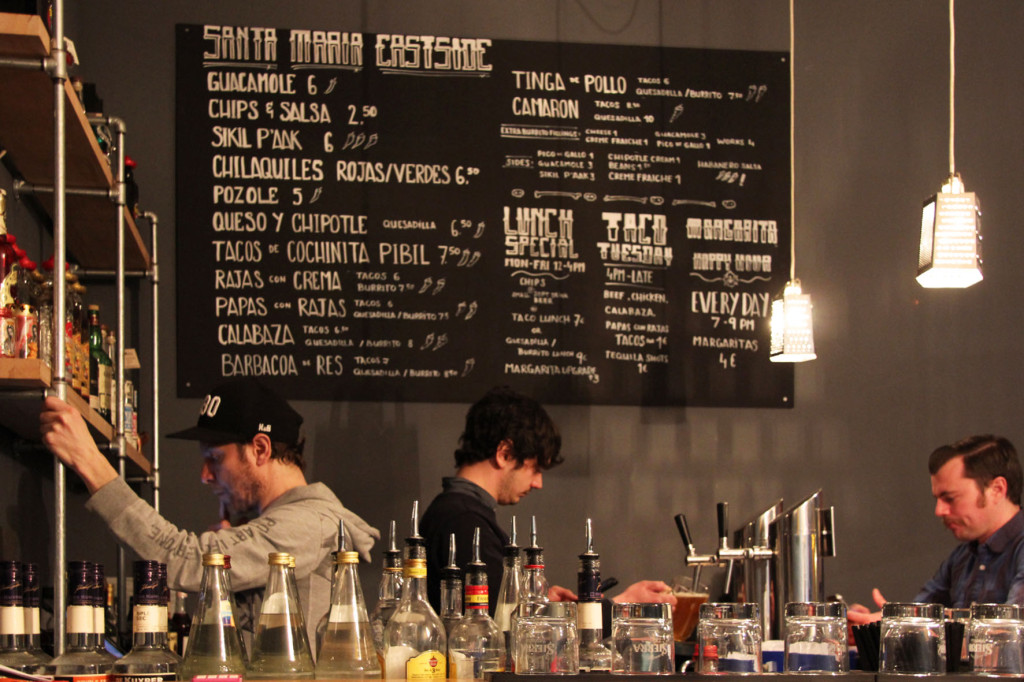 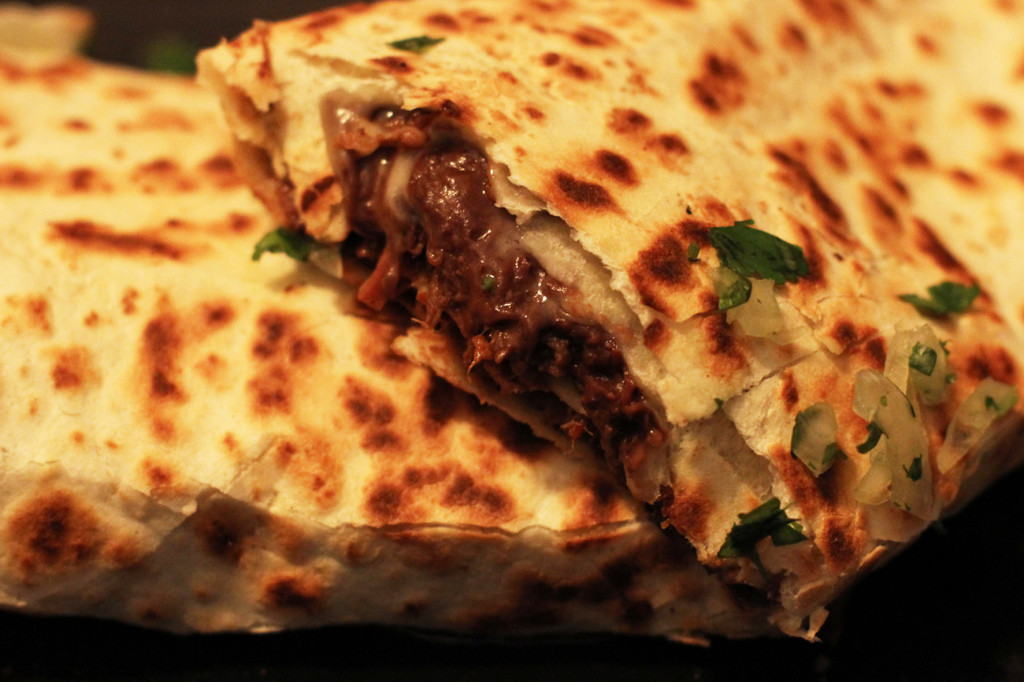 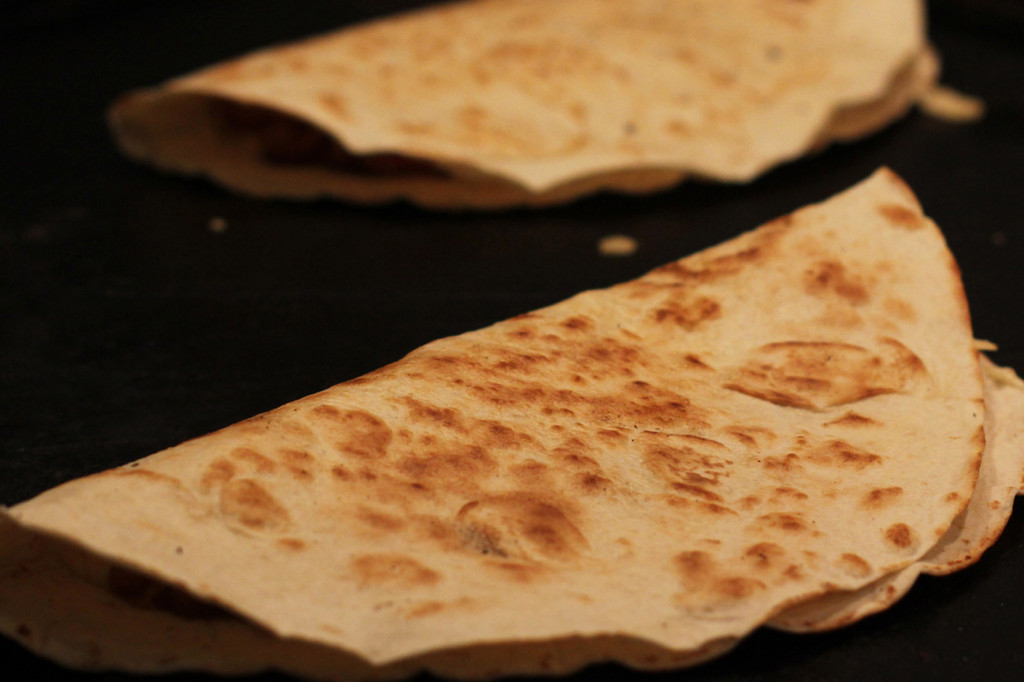 Quesadillas on the Grill 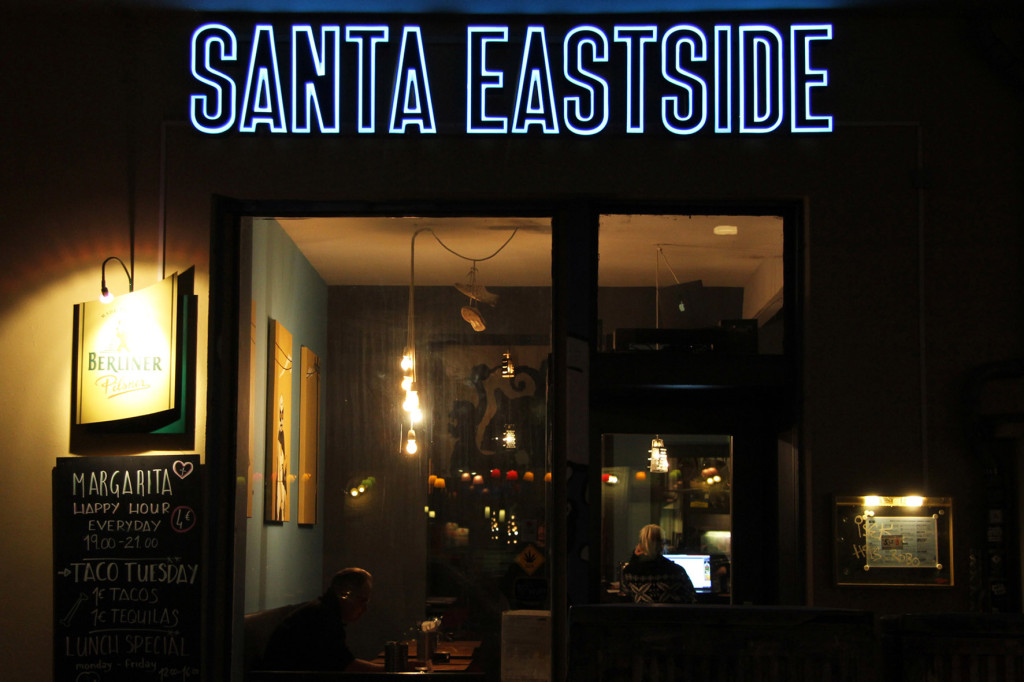