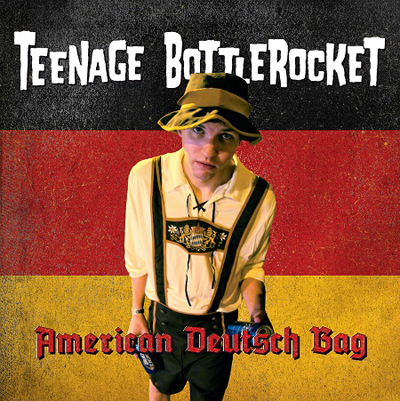 Anyone learning German will at some point have used a variation on the lyrics of my current Ohrwurm, Teenage Bottlerocket – Ich bin Ausländer.

Whether it’s at the bank attempting to set up that first Konto, the dreaded Anmeldung at the Bürgeramt or just chatting with friends, we’ve all had to point out our shortcomings when it comes to our understanding of Deutsch.

My personal stock phrase in these moments, to the amusement of some of my friends, is ‘Es tut mir leid, mein Deutsch ist nicht so gut’.

This isn’t of course an experience exclusive to those learning German.  Anyone attempting to take their classroom or book knowledge of a new language to the next level and attempt a practical application of their skills will have been in a similar position.

That moment of utter confusion with a mixture of embarrassment and abject terror thrown in when you realise you no longer have any idea what the person in front of you is saying and you’ll have to let them know.

It all started well enough but then there was a word or two you didn’t understand.  Then while you were trying to work out what these elusive words were you missed the next ten or twenty.  You start practising the phrase you’ll use to interrupt them and now it seems that all that is coming out of the mouth of the person you are speaking to is a jumble of vowels and consonants.

And it seems American punk band Teenage Bottlerocket had some difficulties with language during their 2013 European tour as they released Ich bin Ausländer as part of their American Deutsch Bag EP.

For those who don’t understand German, the English translation of the songs lyrics is:

A quick google search of the title brings up what is presumably the original version from Uwe Kind.

It would seem that this is part of a language learning tool called Eine kleine Deutschmusik from a company called Lingotech but it comes across as a 1980s TV comedy sketch.