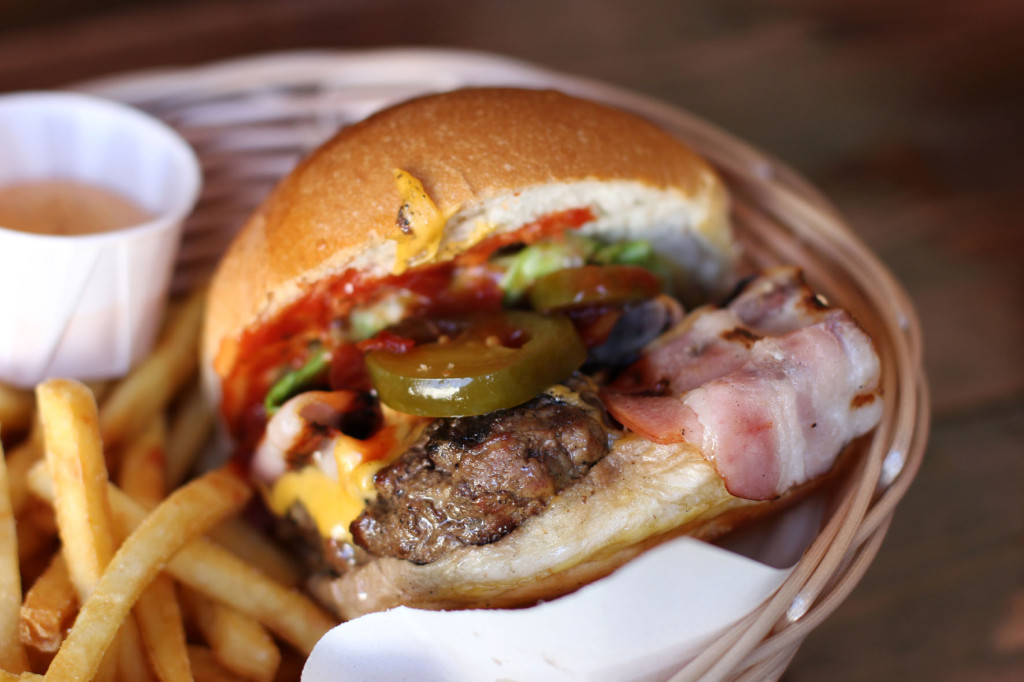 Cheeseburger with Bacon and Fries (with extras from the condiments bar)

Tommi’s Burger Joint, the Icelandic burger chain, opened its first restaurant in Germany at Invalidenstrasse 160, Berlin on 9 May 2014, six months behind schedule.  The delays were blamed on German bureaucracy but had the positive effect of building anticipation amongst Berlin burger lovers.

Tómas Andrés Tómasson, the 65-year-old founder who gives his name to the venture has a long history in the restaurant and hotel industries.  He opened his first burger joint, Tommahamborgarar (Tommi’s Hamburgers) in Reykjavik in 1981 but decided to sell up in 1983, having sold over 1 million burgers and expanded the business to include 6 locations.

After spending six months travelling around the world, Tommi returned to Iceland in 2003 and realised that he needed to make money.  “No way!” was his initial reaction when friends suggested he go back to the burger business.

Thankfully he changed his mind.

He enlisted the help of Kristín Gunnarsdóttir to take care of the interior design, which intentionally gave the (false) impression of a burger joint that had been running for years, with a laidback feel.

The Tommi’s franchise now boasts 6 restaurants in Iceland, 2 in London, 1 in Copenhagen and the latest offering in Berlin. 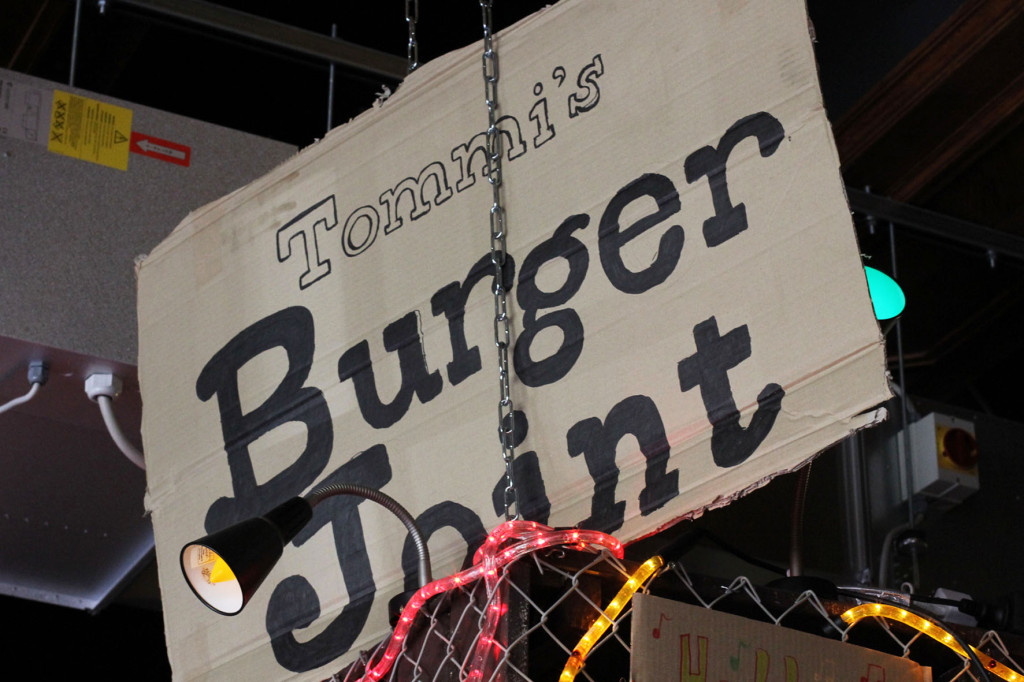 On the opening day in Berlin, the burgers were free.  Having failed to take advantage of the giveaway I was determined to put things right on day 2 when burgers were half price. 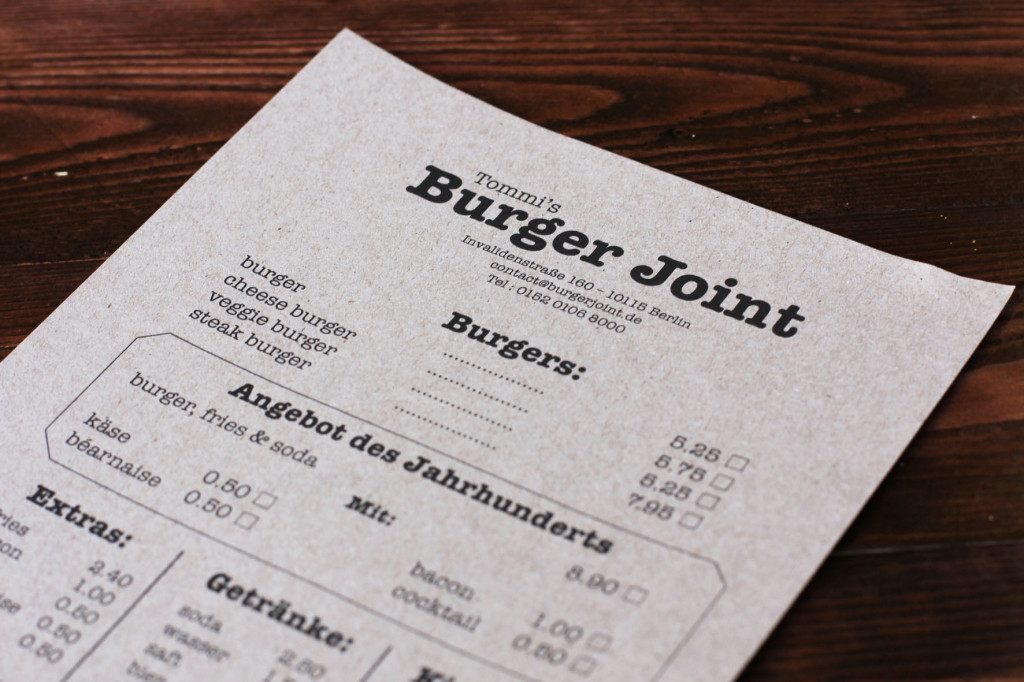 The menu at Tommi’s is kept deliberately simple.  There’s a choice of: Burger, Cheeseburger, Veggie Burger, or Steak Burger, with the additional option to add extras, the most important of which is bacon.

The ‘Offer of the Century’ combines a burger, fries and a soft drink for €8.90 (there is also beer available, including the Icelandic brew, Viking Gylltur). 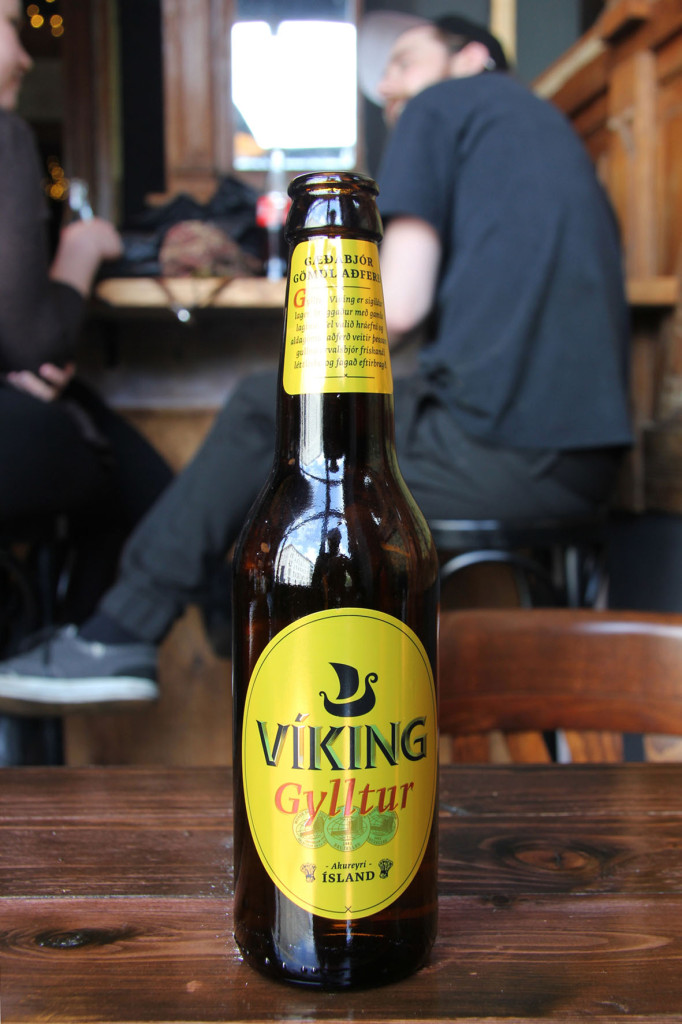 Orders are placed at the counter.

The burgers are cooked on an American gas grill, which is the reason for the enticing and hunger-inducing chargrill aroma that wafts over you as you walk in the door.  They are served in a deliciously soft, slightly sweet-tasting bun, with a little iceberg lettuce, sliced ​​tomato and chopped onion; along with ketchup, mustard and mayonnaise.  The whole thing is then wrapped in paper.

The chips / fries / pommes (depending on your nationality) are thin cut and crispy and come with a serving of Béarnaise sauce. 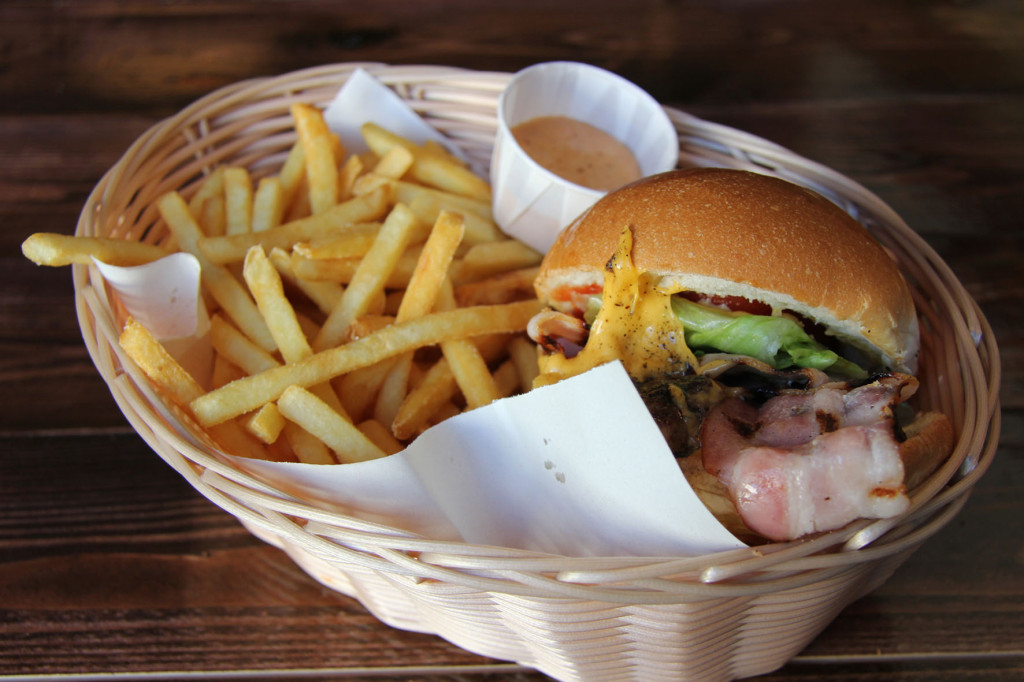 Cheeseburger with Bacon and Fries

Burger and fries are brought to you in a basket having established your whereabouts by shouting your name.

Under the black and white portrait of a bearded man (Tommi) that hangs on the wall opposite the kitchen is an extras bar.  Here you can add Jalapeños, onions, pickles and numerous sauces of varying spiciness. 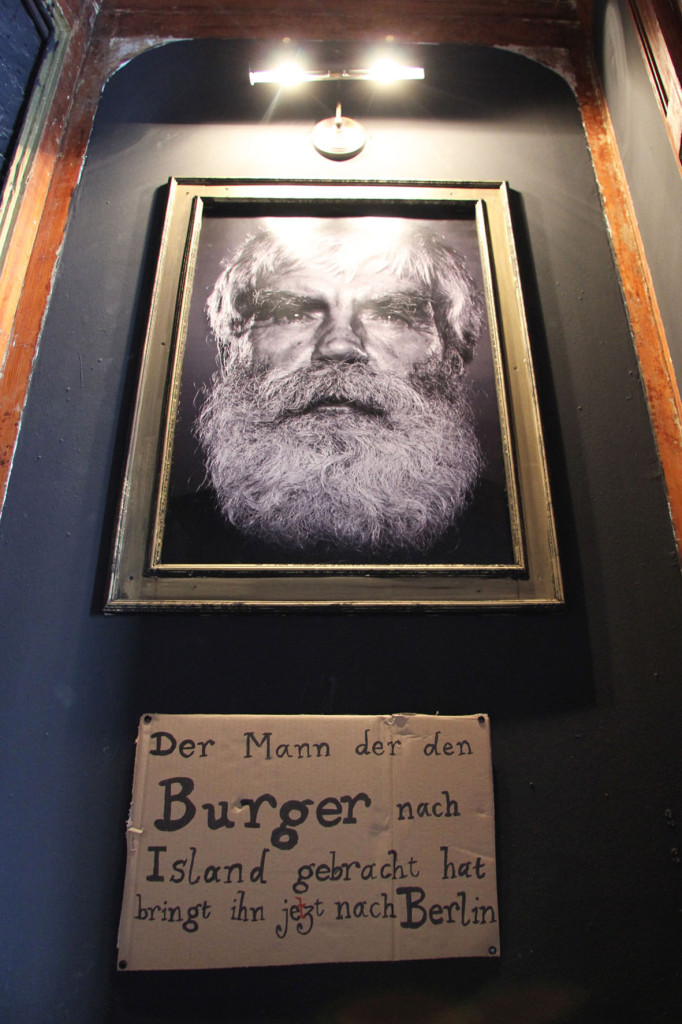 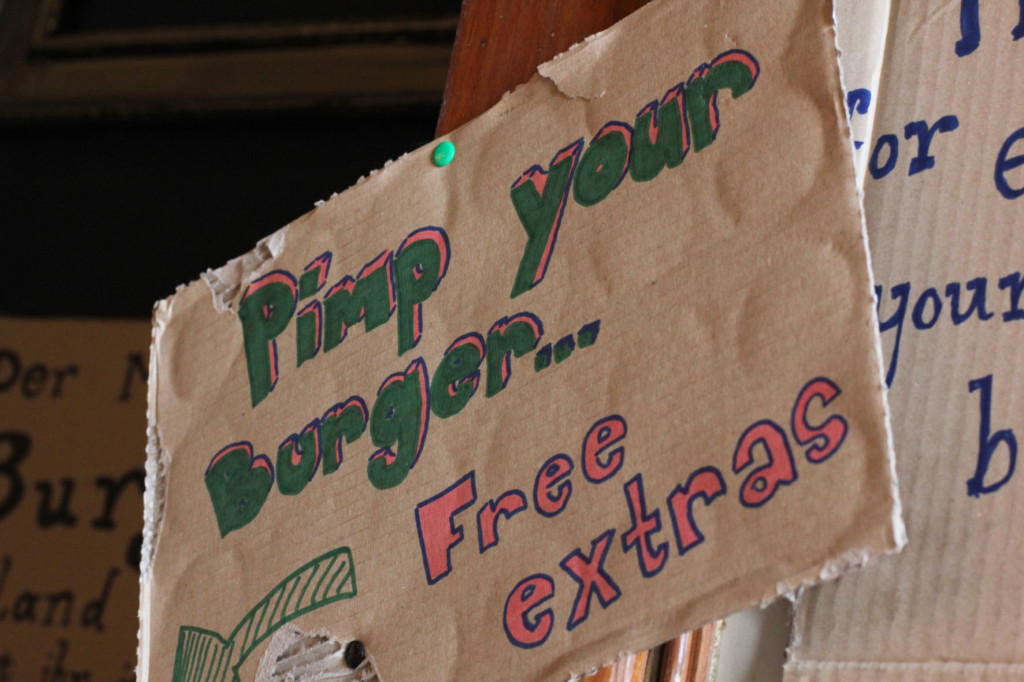 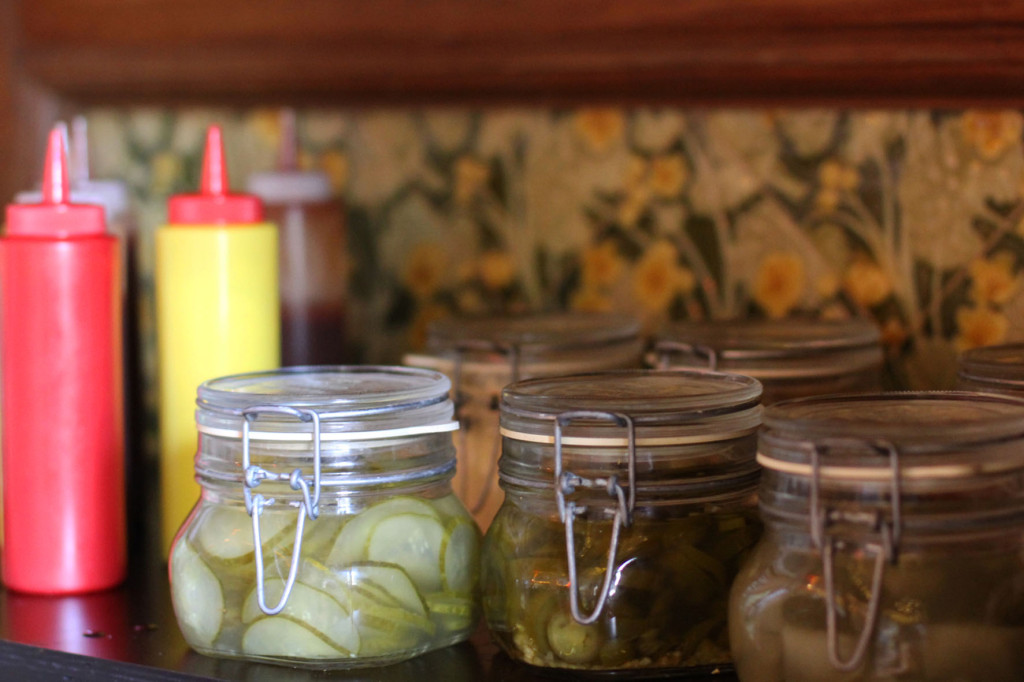 I missed this on my first visit and commented to Gilly (who has written his review auf Deutsch here) that the only thing missing for me was a spicy kick.  Thankfully, by my second visit I was aware of what is probably the most important feature of the restaurant thanks to this post on Berlin Loves You.

And I’m not the only one.  The fact that Tommi’s Burger Joint Berlin has managed to accumulate 1200 likes on its Facebook page in the 11 weeks it has been open is testament to the quality of the food and the strength of the brand. 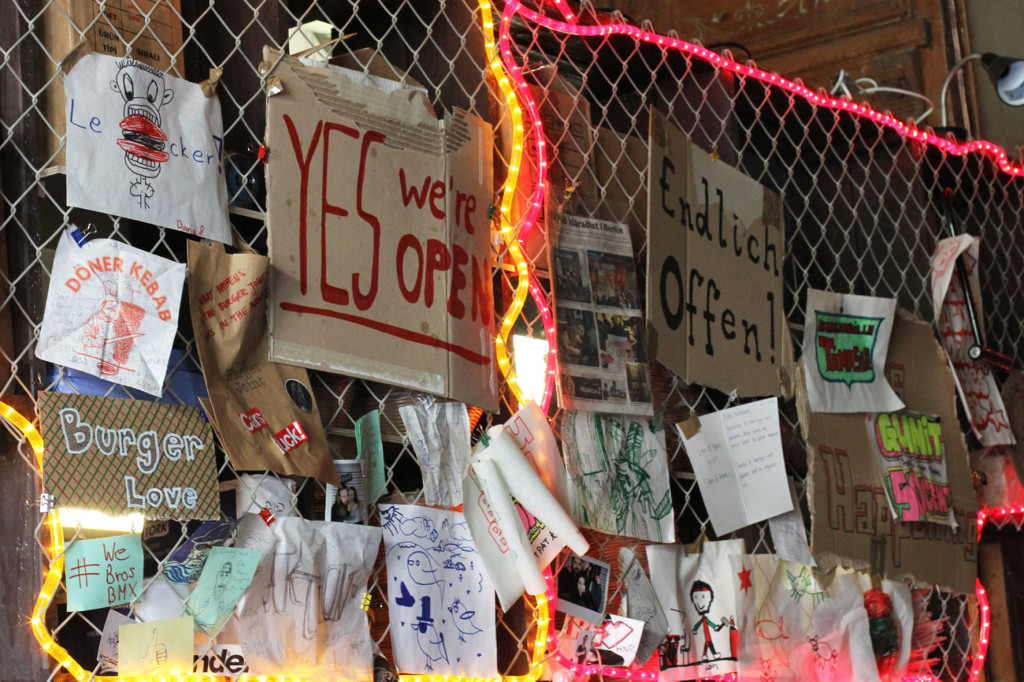 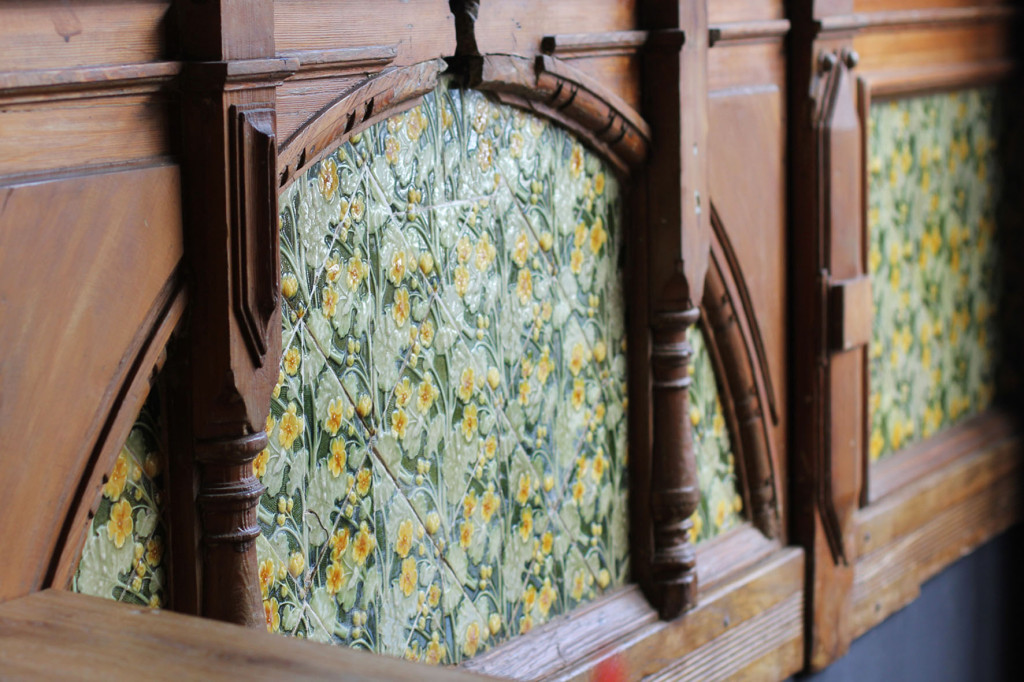 As well as serving top-notch food, the service is quick and friendly; even during the busiest times and the tiled and mirrored walls (that remind me of a butcher’s shop) are part of a décor that is effortlessly cool.  The soundtrack of classics from the likes of Elton John, the Beatles and Frank Sinatra contributes to the relaxed and convivial atmosphere.

Tommi has eaten at least one burger every day since he launched over 10 years ago.  He is quoted as saying:

“If you stop to think about it, what’s in a burger? It’s good beef, bread, lettuce and tomatoes with ketchup, mustard and a little mayonnaise.”

So, whilst I wouldn’t necessarily recommend a Tommi-level burger habit, why not adopt his philosophy that a burger is healthy and head to Tommi’s Burger Joint in Berlin for one of the best burgers the city has to offer.