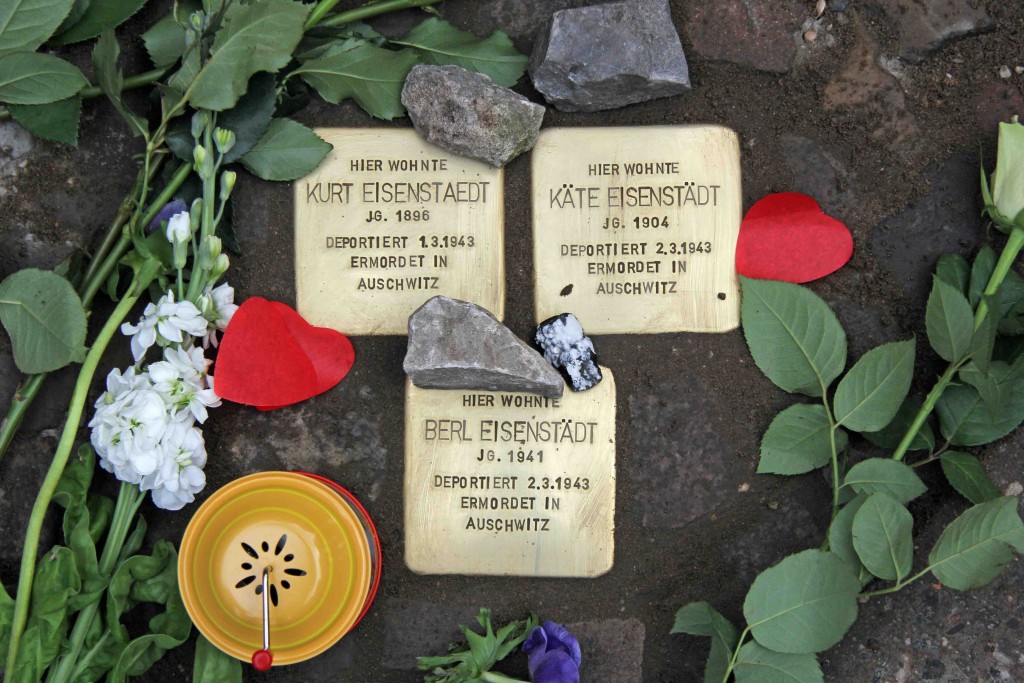 On 28 March I ticked a very important item off my to do list when I saw Gunter Demnig at work laying Stolpersteine in Berlin.  Three Stolpersteine were placed outside Erkelenzdamm 9 in Kreuzberg in memory of Kurt Eisenstädt, Käte Eisenstädt and Berl Eisenstädt.

I got to witness these Stolpersteine being laid because one of the stones, the one for Berl Eisenstädt, was sponsored by NotMs Parker of the wonderful Kreuzberg’d blog.

It was clear to the small group gathered at Erkelenzdamm 9 just how much the laying of these memorials to the Eisenstädt family meant to NotMs Parker. 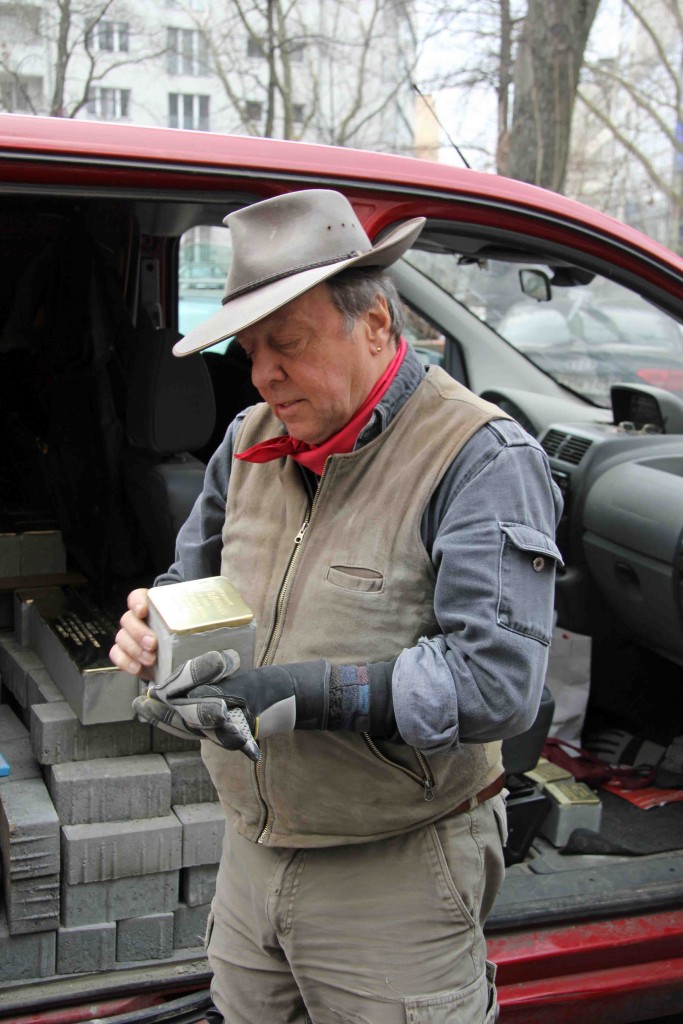 She told us that she had come across Berl Eisenstädt’s name in a list of Jews transported to Auschwitz, where he was murdered shortly after his second birthday.  The proximity of his age to that of her own sons at the time had touched her deeply.  Knowing of Gunter Demnig’s Stolpersteine initiative she was determined that others should know the fate of this little boy.

As explained on Kreuzberg’d in the post Stolperstein For The Little Berlin Eisenstädt, what she was not aware of at the time was that Berl’s parents’ fate had been discovered by two other people, who had also requested Stolpersteine. 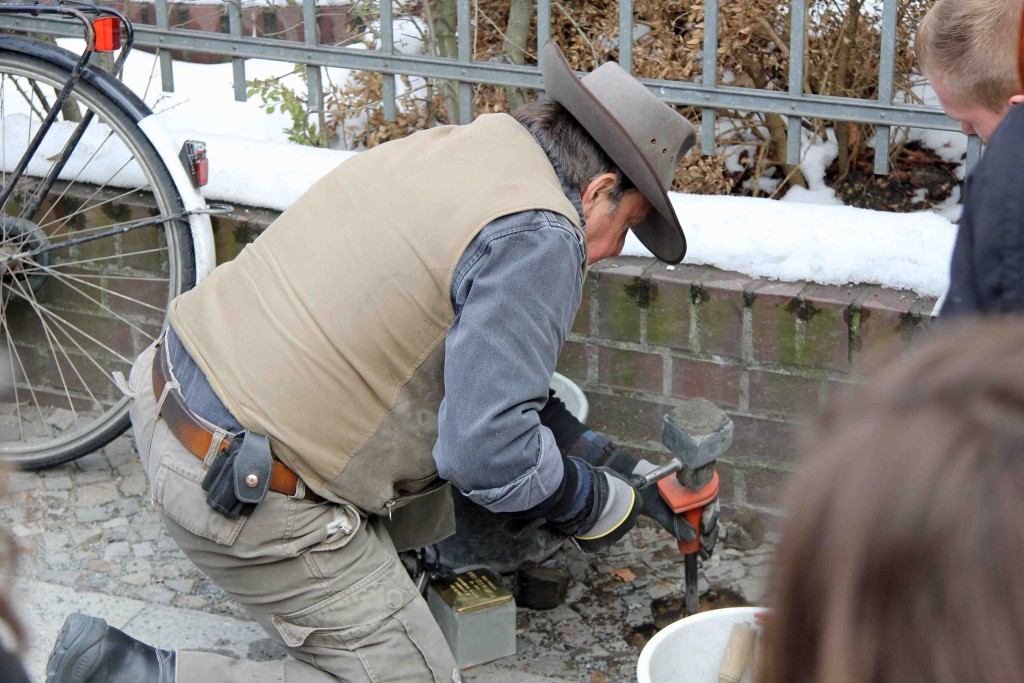 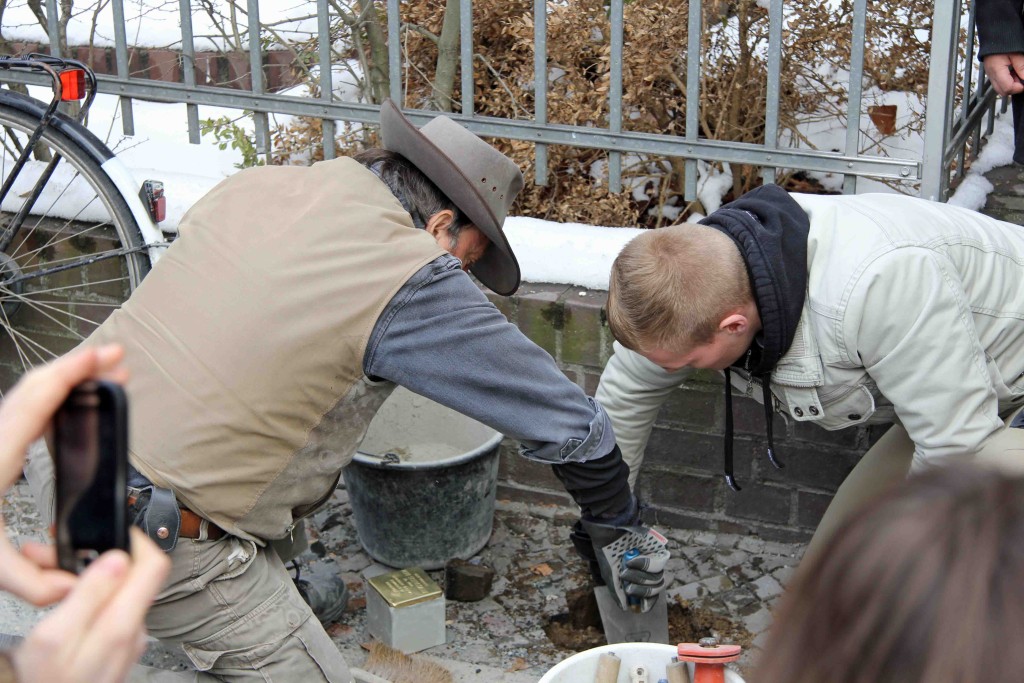 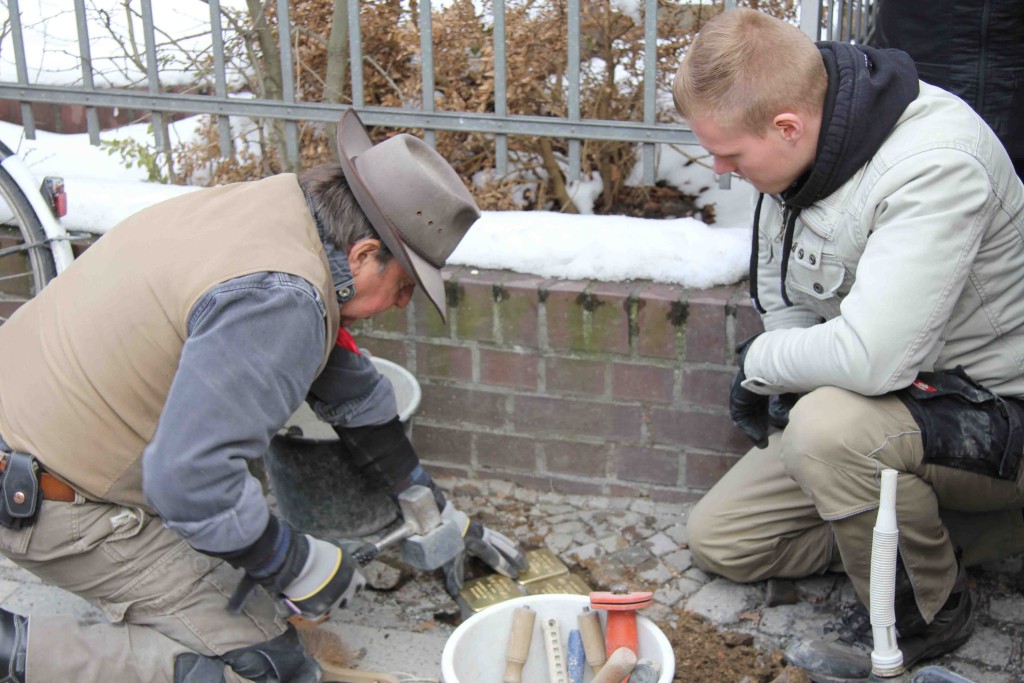 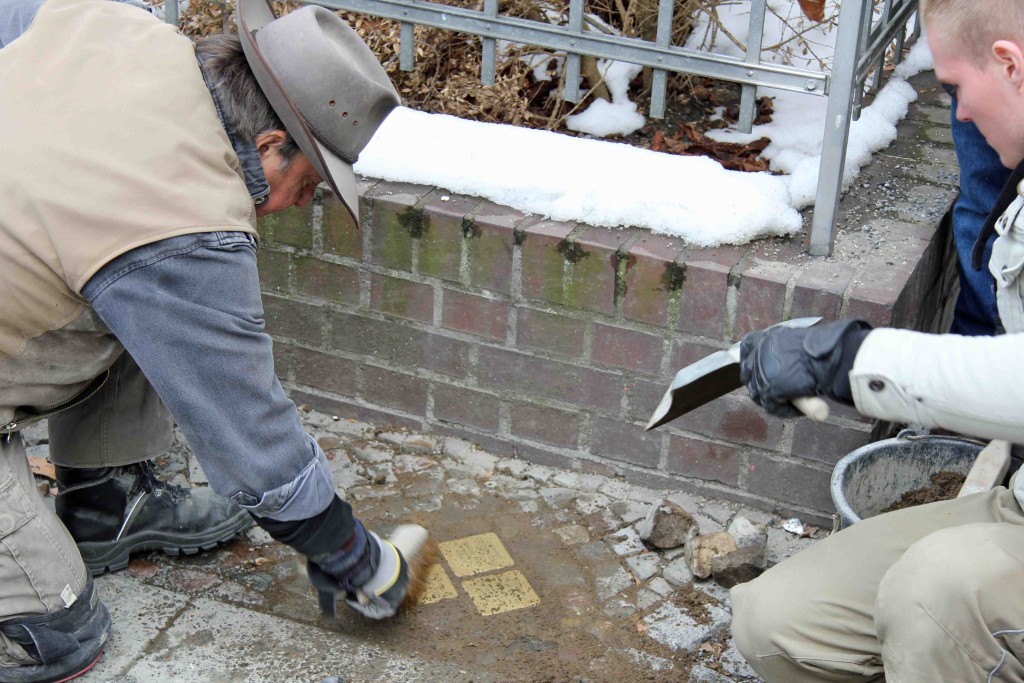 You can see more about the Stolpersteine at Erkelenzdamm 9 on Kreuzberg’d.